Ford Mustang: How The Iconic Car Has Improved Over Time

The Ford Mustang is the dream car for many a folk. Since bursting onto the scene in the 1960s, this iconic car has wowed the world and continues to do so to this day, becoming one of the most popular cars on the market. While many car manufacturers are seeing a decline in their sales of sports coupes and convertibles in the UK, Ford aren’t experiencing this with their American muscle car.

Here, with Motability car specialists, Lookers Ford, we take a look at how the Ford Mustang has been moulded and given many a facelift throughout the years to suit the modern day in both appearance and any new legal requirements. 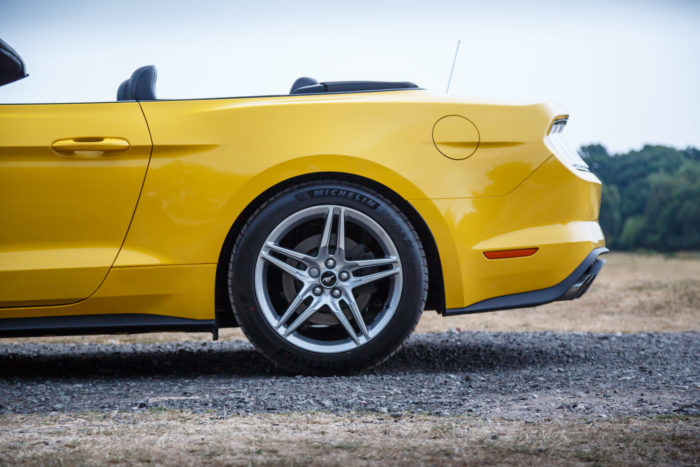 The first concept for the Ford Mustang came out in 1962. Back then, it resembled a rocket ship more than a car thanks to its aerodynamic flair, but still showcased many of the Mustang’s distinctive features.

It was pitched by the then-general manager of Ford, Lee Iacocca, as a fun-to-drive compact car. The mid-engine two-seater roadster earned its name in reference to the P-51 Mustang fighter plane from the Second World War. However, Iacocca wasn’t entirely happy with the original design and quickly set about redesigning his idea.

The designers pitched Iacocca with a new model based on the Ford Falcon, with a long-sweeping hood and high-mounted grill. The two cars were identical in overall length, but the Mustang’s wheelbase was shorter. The inside of the vehicles was considerably different, however, with the Mustang offering lower positioned seats and a lower ride height.

March 9, 1964, saw the first Mustang roll off an assembly line in Michigan, a month before it made its world debut. By 1965, car customizing company, Shelby American, entered the fray, producing a higher-powered version of the popular mobile.

The next generation of the car was to be modeled on the Ford Pinto, in a bid to compete against imports into America that were growing in popularity due to the on-going fuel crisis at the time. To differentiate from the pony cars of yesteryear, the Mustang II offered a longer Hatchback model. It also marked the – albeit short – end of the Mustang Convertible, with no Second Generation Mustangs coming with the option of driving with your roof down.

This era of the popular muscle car didn’t initially offer the V8 engine option that was previously available. However, this didn’t last long and by 1975, the Mustang was slightly redesigned to re-debut the engine.  Due to declining numbers, Ford introduced special-edition Second Generation Mustangs such as the Cobra II in a bid to keep the car current.

Unfortunately, this era was not as popular as Ford would have liked and with the oil crisis and emission acts looming large, the company could have quite easily watched the Mustang follow in Fairlane’s footsteps and not last over a decade on the assembly line. To try to avoid this, the Third Generation was unveiled.

The Third Generation was much more widely accepted. It was sleek and redesigned as the first Mustang to be built on the new Fox platform. The ’79 version was lighter than its predecessor, despite being longer and taller, and was more European visually than ever before. In 1980, Ford tried to make the engine more economical and sporty by dropping the 302-cubic litre V8 engine to a 255-cubic inch V8 engine.

By 1983, the convertible option was welcomed back to the lineup and the V8 engine power was dramatically increased to 175hp. To mark its 20th anniversary, 4,058 Mustang SVOs were produced, but its high price tag ruled out many potential buyers. For the five years that followed, the engine kept being altered to try to offer a more environmentally-friendly product. Then, in 1989, all Mustangs featured a new mass air system and all vehicles produced for the 365 days from April 17th 1989 included the words ‘25 years’ on the dashboard to mark its 25th anniversary.

Once more, sales began to decline by 1993 and that led to yet another version of the car being produced.

Thirty years on from the First Generation’s release came this new model, with Ford reporting that 1,330 parts from the vehicle’s 1,850 total had been changed. 1995 saw the last 5.0L V8 engine used in the car, with 4.6L engines taking over.

Although the 1999 version changed substantially, with new grilles, hood and lamps, this wasn’t yet the dawn of the next generation. That came about when Ford’s Dearborn Assembly Plant – where the first Mustang was produced – ceased production. It is thought that 6.7 million of the 8.3 million Mustangs ever produced at that time was created at Dearborn.

Ford introduced the all-new D2C Mustang platform in 2005 which, in the company’s words, was ‘designed to make the Mustang faster, safe, more agile and better looking than ever’. 2007 saw the first Shelby model be released in 35 years, in what was marked as the most powerful Mustang up to that point thanks to its 5.4L V8 engine.

By 2009, there was the option to purchase a model with a glass top roof, as well as special 45th anniversary badging.

For the first time in 50 years, the model ditched its live axle suspension, opting for an independent rear suspension instead. The new 2.3L EcoBoost 4-cylinder engine was also introduced, offering better fuel economy and a more environmentally-conscious way in which to get around quickly while not faltering on style. 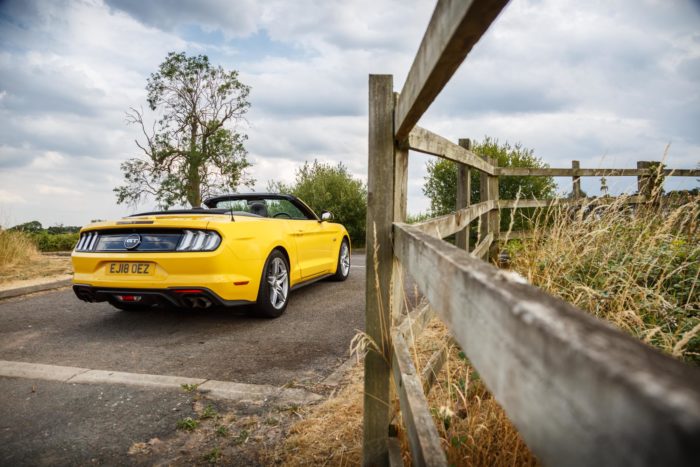 As has become apparent with every new release, the bump in horsepower is almost obligatory. The changes this year, however, went a little deeper. Ford’s efforts to elevate the pony car to new heights are clear, but they’ve also bolstered its environmental and social credentials — a feat worth celebrating.

In order to keep the car current, it’s anticipated that the Seventh Generation of Ford Mustang will be released by 2024.