By some estimates, the so-called car-tuning industry is worth over $500 billion worldwide, a number that is set to continue growing. The craze for modifying our rides and souping them up for drifting battles and everything else continues apace, with more and more young people across Europe getting involved.

That this trend is continuing to grow despite a dramatic decline in car ownership among millennials, especially in Europe, says something about the timeless appeal of motorsports, illicit or otherwise.

One city in which the scene is thriving is Vienna, Austria’s classy capital that is more strongly associated with opera, coffeehouses and famous therapists than with souped-up BMWs drifting around the city streets.

The craze is no recent phenomenon but seems to have attracted major attention from the Austrian media and social media personalities in recent months. Influencers from within the country and beyond have been flocking to the capital to take part in glossy, high-concept YouTube videos showing them putting the pedal to the medal in a Dodge Challenger that has been fixed up to basically resemble a high-speed tank.

The site of youngsters speeding across Vienna’s iconic Ringstraße has become so ubiquitous that even hipster bible Vice recently did a deep dive into the topic. Major companies have also been getting involved and collaborating to put together the best-modified cars in the game.

The international gaming platform recently stumped up a huge budget in collaboration with Jon Olsson to produce a beastly 810HP Rolls Royce Wraith which, when put to the road, looks like an army from Mad Max has invaded the Viennese Streets. Other companies are also getting involved, teaming up with designers and influencers to put the most whacky and hardcore vehicles on the street. 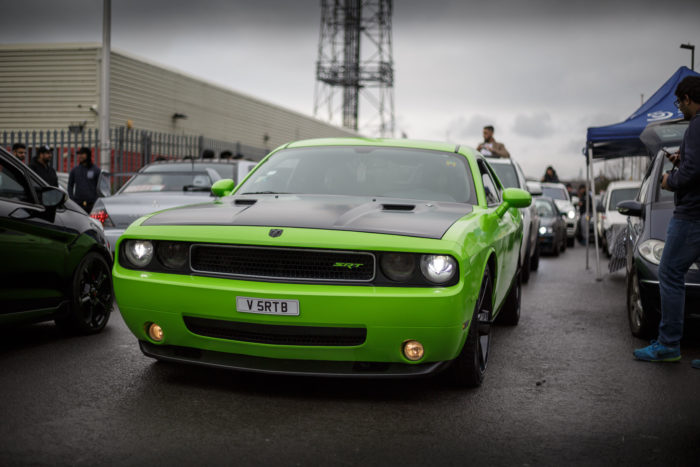 One of the reasons this trend has generated so much commentary in Austria of all places is that, put simply, this isn’t the kind of thing that is expected to happen here. Generally, Vienna is big on conformity. A glance down the street on an average day will likely confront you with the image of a dozen or so identical BMW sedans of modest design, all gliding noiselessly towards the Innere Stadt. These new tuned-up cars are changing the street scenery like never before.

Regulations have always been tight in the city since the days of the Hapsburg Empire, so it’s not surprising that authorities have been reacting with unusual levels of vigour towards these cars and the youngsters behind the wheel. Regulations currently exist in Austrian law which prohibits the “over-modification” of standard motor vehicles, meaning that these drifting machines may fall into a legal grey area, according to the authorities.

There’s always a distinctly class-based dimension to the trend which people have noticed. Back in the 1920s, it was the well-heeled bourgeoisie driving modified Model T’s through the street as fast as they could go. These days it’s more often the working class boys of the outer districts that are taking part in the sport.

In a city like Vienna, vibrant but also closely associated with conformity for some, the car-tuning craze adds a welcome splash of colour.

« How to Find the Right Car for the PNW Climate
LS1 Vs LS2: What’s The Best Engine For You? »