US Laws For Radar Detectors

Radar detectors are tiny electronic devices that are used to detect overspeed and alert drivers in case of speeding. They give sound notifications when they are about to come in to contact with Police Radar. By the time the vehicle reaches the spot (police spot), you can make preparations to avoid speeding of the car much before you reach the police.

Though they are helpful to the drivers in controlling speed, there are some countries and states which have some rules and regulations regarding their use.  The primary motto of the device is kept aside and is being taken to hazardous level. To keep a check on this some countries have imposed ban on their use.

In the USA, their use is permitted to some states only. Others have made it illegal claiming that the drivers are taking advantage of the device. They encourage speeding and are one of the major causes of accidents. Yet, in some states their use is legal.

US States in which Radar use is illegal:

Certain states encourage Radar usage in some vehicles and ban them in others. There are some states which prohibit the use of Radars completely. Some of them are:

The use and sale of Radar detectors both is illegal in Virginia. Vehicle users cannot use them on any part of the vehicle, neither inside nor outside. Irrespective of whether it is public or private, Radar usage is strictly prohibited on any kind of vehicle.

If found on any vehicle, the traffic police have the sole right to forfeit the Radar and the driver will be issued speeding ticket even if you are not speeding. One cannot even sell or purchase Radar detectors in Virginia.

The placement of the Radar places an important role in these states.  While the usage of device is legal, the places to which it is attached is important. You cannot mount it on the vehicle and also on the car’s windshield.

It is their belief that the gadgets and other things attached on the top of the vehicle hinder a driver’s vision. So, Radars can be used but they cannot be attached to the windshield.

In these states, the stature of legality vests on the type of vehicle that the device is used in. You can use Radars in private vehicles is legal but using them in commercial vehicles is illegal.

If commercial vehicles using Radars are caught, the police can confiscate the Radar and can issue speeding ticket irrespective of whether you are really exceeding speed or not.  Whereas in private vehicles, Radars can be used very freely and can be placed anywhere on the vehicle.

In other states, Radars can be used on all types of vehicles provided you follow the instructed placement. Windshield mounting is not allowed and also commercial vehicles are not permitted to use them. Commercial vehicles that carry more than 10,000 pounds are not allowed to carry Radars. This rule is applicable to all the states in the USA. 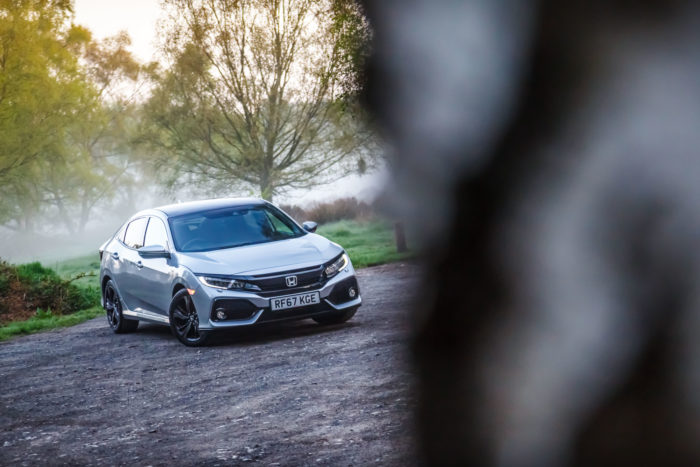 Testing out the latest #Honda #Civic this week. It does incredible mileage from one tank —–

Military areas have altogether different set of rules while using Radars. They cannot be used in military areas even if it is a private vehicle. You cannot step in to an army base with Radar detector on your vehicle. It is better not to carry Radar devices in military camps as they will be anyway asked to be removed during security check. They even warn you of arrest, fine or speed ticketing. Would you really want to take such a major risk?

Can Radar detectors be used? Are they dangerous?

Radar detectors are good in many ways. They help the drivers have a track on their speed without having to worry about looking at the speedometer and then the road. As the driver is immediately alerted as soon as the vehicle reaches the speed limit, many drivers feel it as a safe option.

At the same time, there are chances that they neglect speeding as it becomes easy for them to detect a police spot. Once the spot is crossed and they escape police, drivers tend to pick up speed. This is the primary concern of the traffic authorities. They believe that drivers can ride safely without Radars as they encourage speeding. The moment they encounter police, they slow down and get to normal once they cross the spot.

Also, some drivers hide them in invisible places like centre console where no officers can make out. Taking complete advantage of the gadget, there were many instances where drivers have become reckless and over speeding has become common.

After noticing and recording several instances of this sort, Radar detectors have been banned in some states and in some areas completely. Particularly in commercial vehicles where safety of the passengers is put on top priority, these are not allowed at all. A driver will be forced to follow speed limits if he cannot get access to these devices.

There are also some positive sides to Radar detectors. They save you lot of money in the form of Insurance prices and tickets. Except for Virginia, rest of the states give you freedom to use them baring some vehicles and places. They are available in many prices and variants as shown in this article from green4u. Many of them ensure good control on speed.

How to effectively use Radar detectors?

Radar detectors are your friendly partners if used in an effective and legal way. The reason for its illegality is because drivers are not making efficient use of the device. This in turn is causing many reverse effects overlooking the proposed positive results.

« Ultimate Nissan Silvia S15 Guide – Everything You Need To Know
Luxury Is In the Details: How to Find the Best Car Wash Near Me »
WhatsAppFacebookTwitterPin ItMail