Who Are The Giti Angels?

Giti Angels, an entirely female racing team, is a game changer for the world of motorsports and car racing. Sponsored by the Giti Tire Group, one of the largest tire manufacturers in the world, this women-only car racing team, the first of its kind, has recently begun to establish itself as one of the most successful completely female teams in the history of car racing.

Giti Angels participated in many of the races on the Nürburgring circuit in Germany and won first place as a group in the final VLN Endurance race, the race on this circuit which takes place in October. In doing so, the team made history, becoming the first all-female team to win first place at the international level. 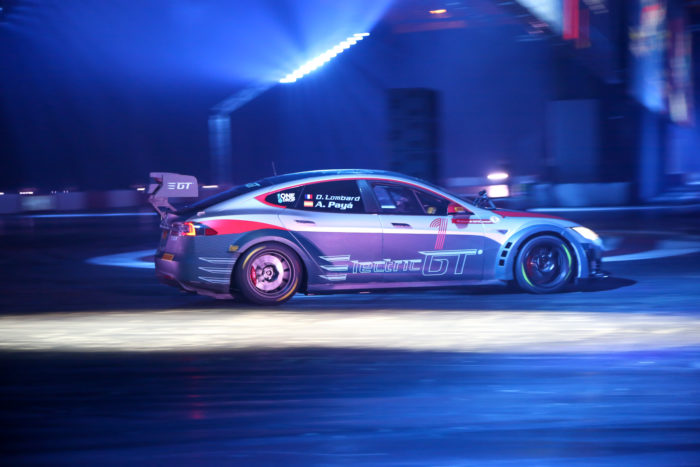 Nürburgring, which is famously nicknamed as “Green Hell,” was founded in the 1920s in Germany and is one of the most notorious and renowned racetracks in the world. It offers race drivers an extreme challenge due to its famously temperamental and varying weather conditions as well as its exceedingly challenging track.

In 2019, Nürburgring hosted nine VLN Endurance races (numbered R1 through R9) which took place from March all the way through October. It also hosted the 24 Hours Nürburgring race in June, a famously grueling race.

Debut Of First Ever All Female Team At Nürburgring

On March 23-24, 2019, the first VLN Endurance race of the racing season took place at the Nürburgring track. In that race, officially known as the 2019 VLN Endurance R1 Championship, Giti Angels made their historic debut as the first racing team with entirely female drivers and crew members, on both the technical crew and on the track crew. Giti Tire entered four vehicles in the race, one of which was this “Girls only” team. Despite rather foggy conditions, the trailblazing Giti Angels team placed second in the SP3T class to which it belonged, besting almost eighty vehicles of all classes. The team also recorded the fastest lap time of its SP3T class, a time of 9:21.725. The team drove a Volkswagen Golf VII GTI TCR #300 car sporting GitiCompete GTR1 tires in the 260/650-18 size. This is a tire designed for high speed track racing.

The Giti Angels team drivers, Carrie Schreiner, Jasmin Preisig, and Ronja Assmann, were captained by Ellen Lehmann, their team chief, who also directed the all-female track and technical crew, and Nicole Willems, the team manager, who offered the following comments after the race: “This was such an emotional moment today. To be honest, the words are missing for the moment. Thanks to the girls for such a great job, and thanks to all our supporters who believed in us and in our project. I think today we were able to prove to everyone that we are real competitive. I am so proud. And now we are celebrating!”

Willems’ remarks serve to highlight the amazing success of a team that took second place in their first ever race, breaking boundaries and smashing barriers in order to do so. The success of the Giti Angels team continued to grow throughout the rest of 2019, as they took part in all the rest of the VLN Endurance races (R2 through R9) and also participated in the famously challenging 24 Hours Nürburgring endurance race.

The 24 Hours Nürburgring race, a world famous event which routinely draws more than two hundred thousand spectators from all over the world, was surely a highlight for Giti Angels. During the famously challenging race, the engine of the team’s car became heavily damaged, and the team pulled an all-nighter and spent several hours in order to repair the damage sustained by their vehicle.

The team was then able to finish the rest of the race drew a number of accolades for its perseverance. This inspiring finish despite the obstacles was an emotional turning point for Giti Angels, one which brought the team closer together and strengthened the resolve of the women.

Despite a second place finish in the Giti Angels’ debut race, first place continued to elude the team throughout the VLN Endurance race series. However, during the last VLN race of the year, the VLN Endurance R9 Championship which took place from October 26-27, 2019, this all changed. At this race, Carrie Schreiner, one of the drivers for the debut team in March, was joined by Célia Martin, and the two women drivers took first place in their SP3T class.

By the final stretch of the race, the women had already secured second place, but that was not good enough for them. Team race engineer Corinna Schäfer stated, “We saw on the GPS that Carrie could do another lap, if she crossed the finish line in front of the overall leader. That was pretty close. But we calculated that the fuel was enough and we also saw the leading car with some problems. That was our chance and we had to strike.”

The competitiveness and tenacity of the whole team enabled Carrie Schreiner, the driver for the final stretch, to take the lead in the race after four hours, including a lap which constituted the best time of the day. This propelled the team to a first place finish in the SP3T class and a finish of 36th place overall out of 162 cars for all classes and drivers.

This stunning achievement at the final VLN race of the year marked the first time an all-female racing team had ever placed first on an international level. The fact that the victory took place at the famously competitive and challenging Nürburgring racetrack serves to accentuate the Giti Angels’ incredible performance and hints at the further success the team will have going forward.

The strong performance of Giti Angels in 2019 bodes well for their 2020 return. The team, which will include the drivers Carrie Schreiner, Célia Martin, and Laura Kraihammer, plans to participate in the VLN Endurance Series, which kicks off on March 21, 2020. Giti’s Angels will again participate in the 24 Hours Nürburgring endurance race and the qualification races leading up to it.

After a full year of groundbreaking successes on the racetrack, the Angels team looks forward to 2020 with high expectations.