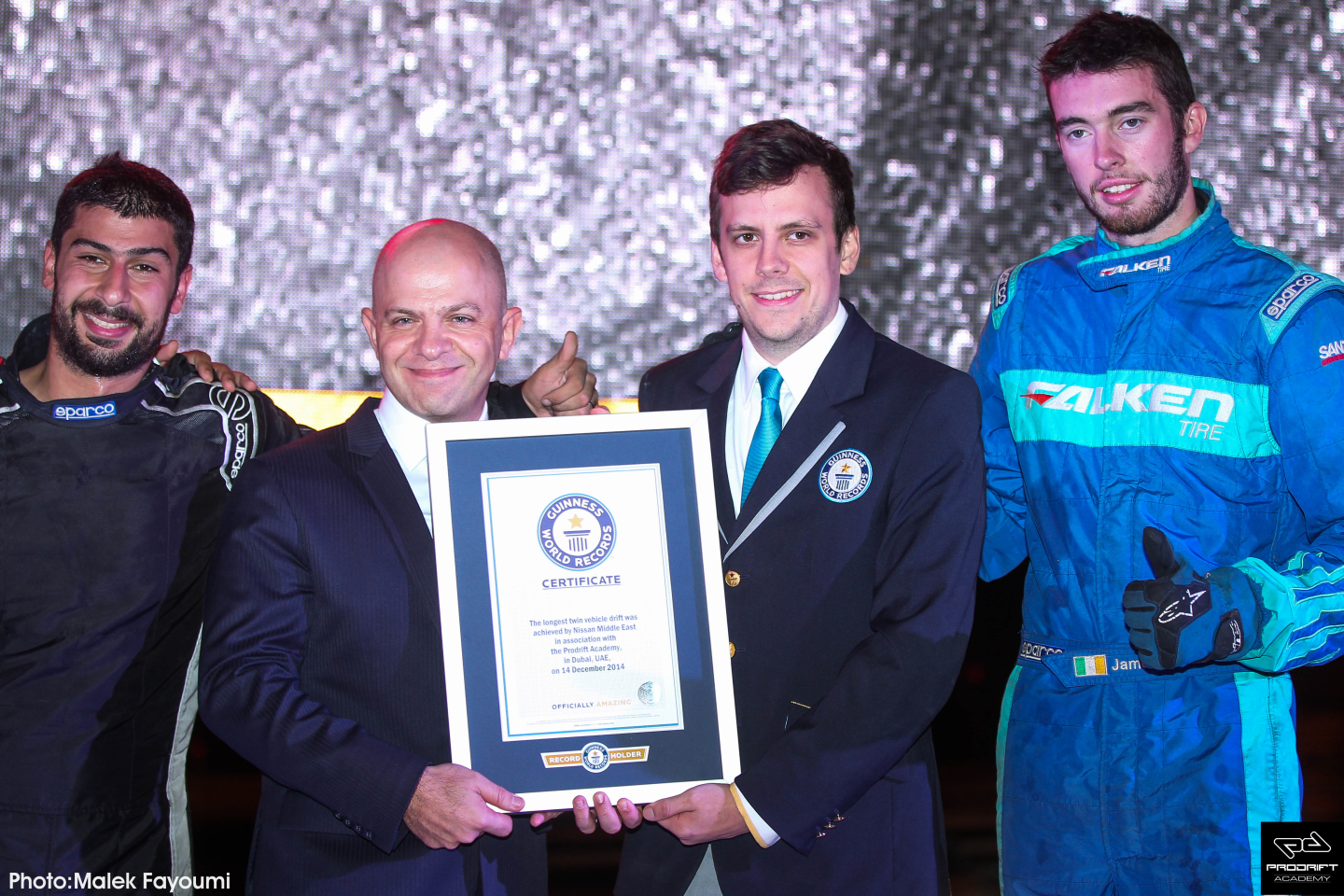 Is there any stopping James Deane? After securing the 2014 Extreme Drift Allstars championship a couple of months ago, and taking second place in the Irish Drift Championship despite only competing at a couple of events, James, alongside Ahmad Daham from Jordan have topped off 2014 with a Guinness World Record! 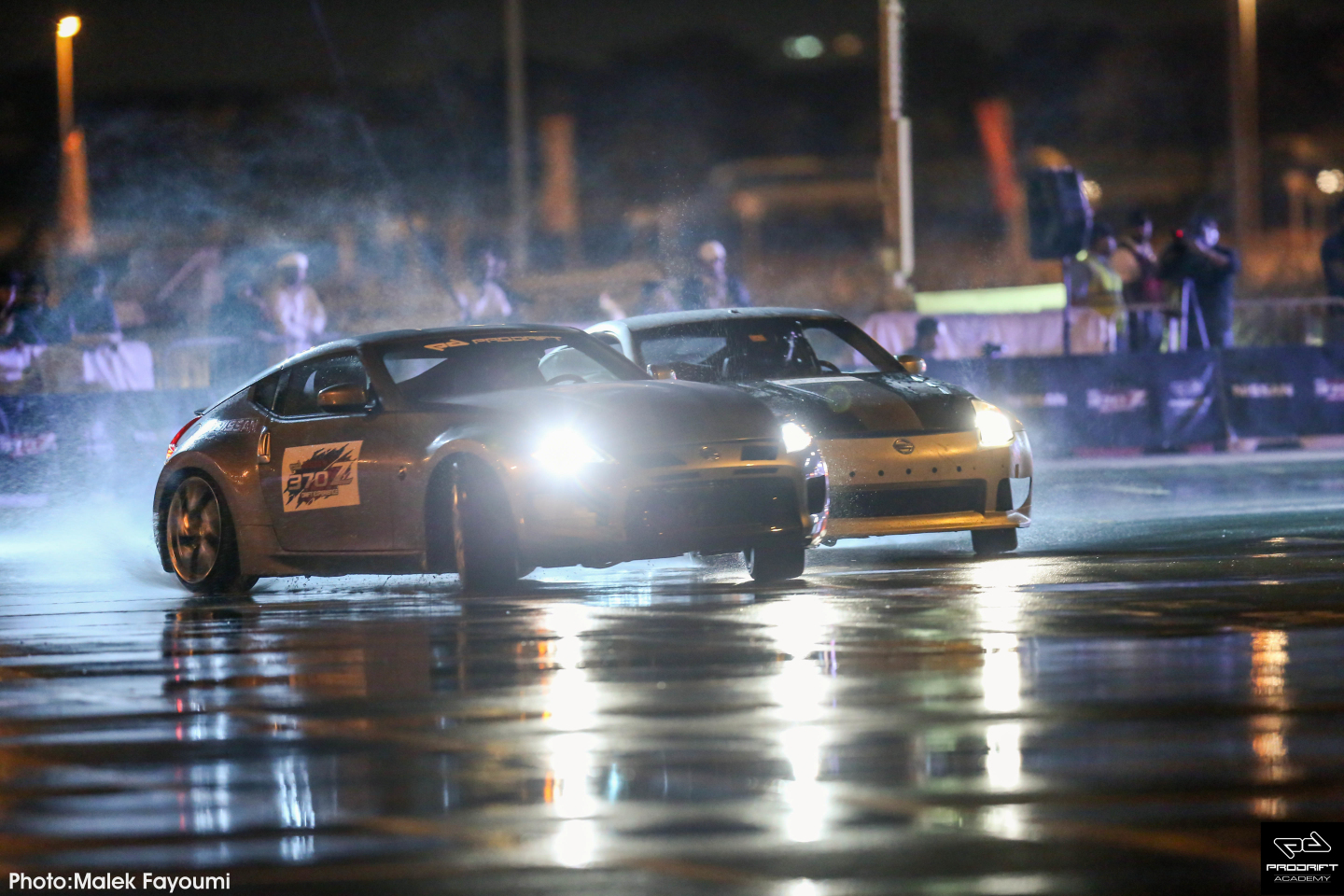 James, Ahmad and the Prodrift Academy, in association with Nissan, managed to set a new Guinness World Record for the World’s Longest Twin Vehicle Drift on 14 December in Dubai. The duo, piloting Nissan 350z and 370z managed to maintain proximity whilst twin drifting for a total of 28.52 kilometres, transitioning 200 times whilst lapping the circuit some 100 times over the course of 45 minutes.

With Daham in the lead and Deane in the chase car, incredible concentration was required in order to secure the world record at the launch event for the Nissan 370z Drift Experience at Global Village in Dubai.

Prodrift Academy Managing Director, Graham McNamara, commented, “I’m extremely proud of the hard work that has gone into achieving this Guinness World Records title by both the Prodrift Academy and the team at Nissan. We wanted a record that would be relevant to professional drifting and I believe we achieved that by setting a Guinness World Record in twin drifting, which is the pinnacle of the sport. We brought two exceptionally talented drivers on board to set this record. Both James and Ahmad showed true professionalism every step of the way and it is down to their driving talents that we are now officially part of history.”