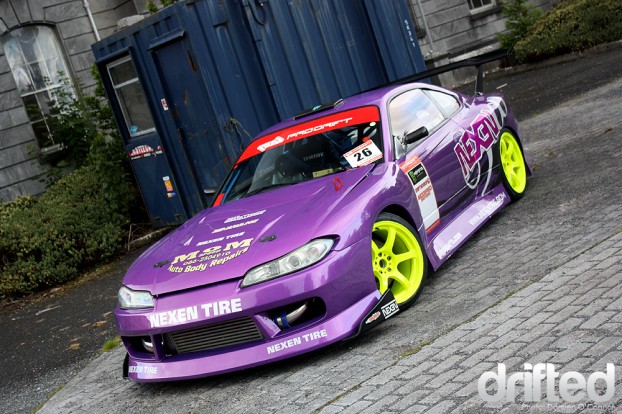 Ireland’s premier drift series, Prodrift, will return in 2011 with a 5-round championship. See below for the full press release:

Prodrift is proud to announce the 2011 Prodrift Ireland calendar across a 5 round Championship. Prodrift have scheduled a 2011 series that will place top level drifting competitions in 5 separate venues throughout Ireland.

Round 1 Ennis, Co. Clare April 16th/17thBuilding on the success of the 2009 opener in Ennis, Prodrift are returning to the Co. Clare venue in what promises to be a high octane kick off to the 2011 series.

Round 2 Fermoy, Co. Cork May 28th/29thFirm fan and driver favourite, Round 2 returns again to the top class Cork Marts, Fermoy. The standard of the 2010 events held at this unique location have ensured that the Cork venue has staked its claim as a firm fixture of the Prodrift event calendars.

Round 5 Mondello, Co. Kildare September 10th/11thFor the final battle of the year, Prodrift will cap off the season at the one and only Japfest show at Mondello Park. This venue has long been an outstanding event on the Prodrift calendar and provides some of the best drift action witnessed in Ireland, it is without a doubt an ample setting to the series finale where the 2011 Prodrift Champion will be crowned.

Logging days for the 2011 Prodrift Series will take place on Saturday April 2nd at Cork Marts, Fermoy and Sunday April 3rd in Punchestown, Kildare. Information regarding application for 2011 License day will be released in due course.

For further information on the 2011 Prodrift Ireland Series please contact +3532241924 or info@prodriftseries.com.

Prodrift has always been a hotbed for recruitment for the Formula D series in the USA, with Eric O’Sullivan, Darren McNamara and James Deane all finding their feet in Prodrift. Its always a good place to watch to spot up and coming talent.