The weeks are really flying in now and we are deeply submerged into yet another awesome and ultra competitive drift season. Cork Marts in Fermoy opened it’s gates for the second round of the Prodrift 2011 Championship, the driver’s listing heavily populated with local driver’s, would home advantage have a part to play? We arrived on an overcast Sunday morning, the car park clearly showing signs of a serious day’s competition on the day that had gone before.

We started our day by trying out some of our new tags as seen here above. 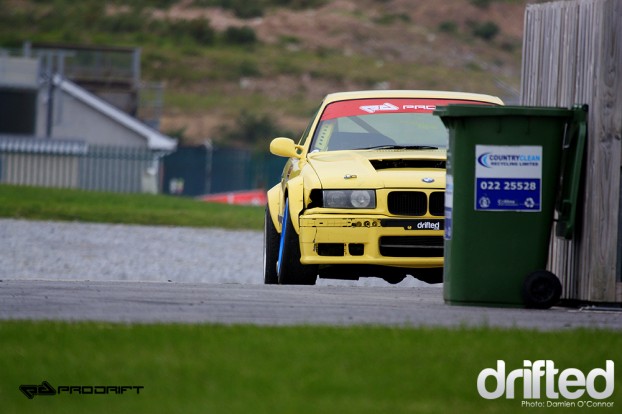 And tucked away here.

And here too, you get the idea, we stickered a lot of cars!

Moving swiftly around the pit area, this glowing black S15 was really pleasing on the eye.

Jules Chambers ponders ” How he can get more NOS in Donal Garry’s AE86 Corolla? ” 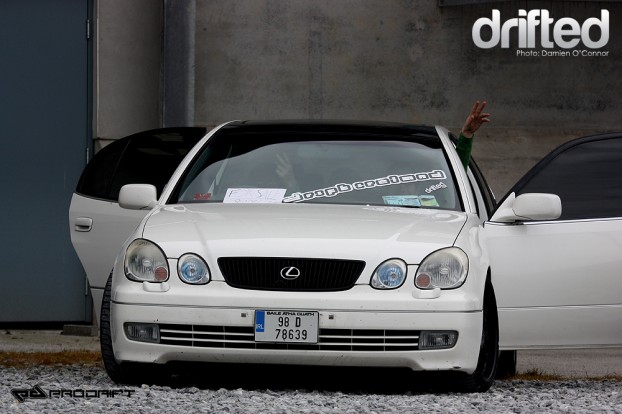 We get a mixed reception from the “Driftireland” crew occupying this rather Pimp style Lexus GS300.

Possibly the nicest road going AE86 Trueno EVER ! There I said it.

We captured this awesome Ford Escort for the Retro fans.

Some more AE86 goodness top and above 86 lovers Donal Garry and Darren McNamara barter it out over a set of mint OEM wings.

Our car park ramble continued only to our delight, we found this Works9 Kouki S14 demo car, an ex-WKD Import if my memory serves me correctly. 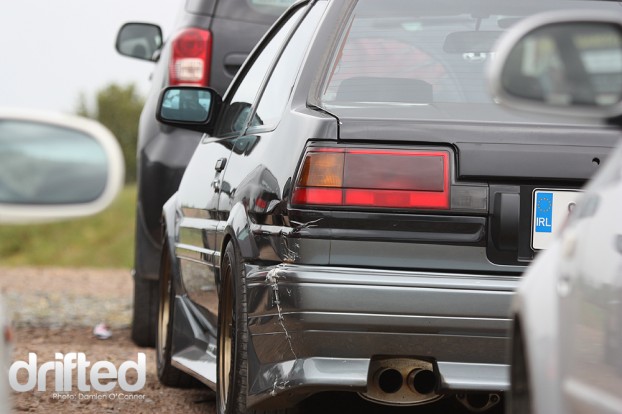 Another AE86 with signs of proper use. Gotta love a bit of character. 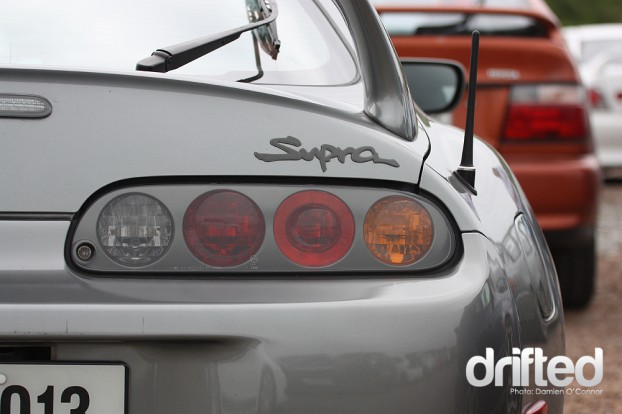 Far too rare of a sight these days, but really that rear is a joy.

We get up close and personal on that ultra cool BN Blister kit of the Low Brain Drifters S13 Silvia.

Our friends at Monster, keeping us alive, literally. 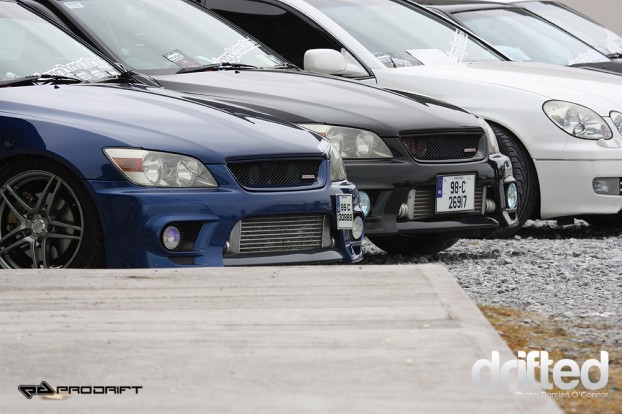 Charged Altezza anyone? We’ve got two.

The Need For Speed Rotary Corolla lurks salubriously in the background. 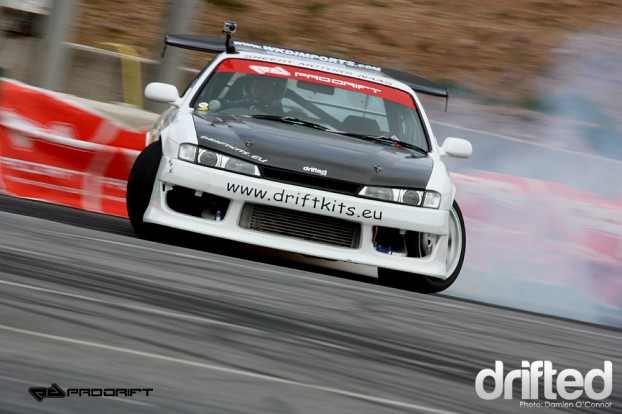 As always with an ever growing field of talent, you are guaranteed some top class twin battles, Larry Love above and Barry Leonard didn’t disappoint the paying fans, Leonard of course coming off the back of a JDM Allstar podium finish was outdone by Love on this occasion.

Shane O’Sullivan really seemed to be getting to grips with his RB powered Nissan S15 with some really impressive runs.

The sound of this car alone has me considering videography, V8 deliciousness .

Michael Swan aka “Ricky Bobby” looks far more comfortable this season having reverted back to his standard trim bumpers. 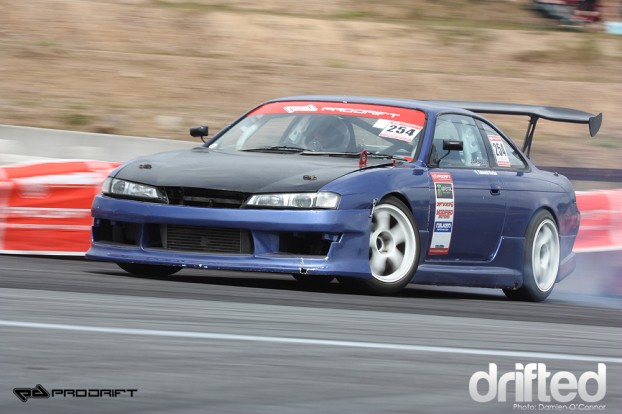 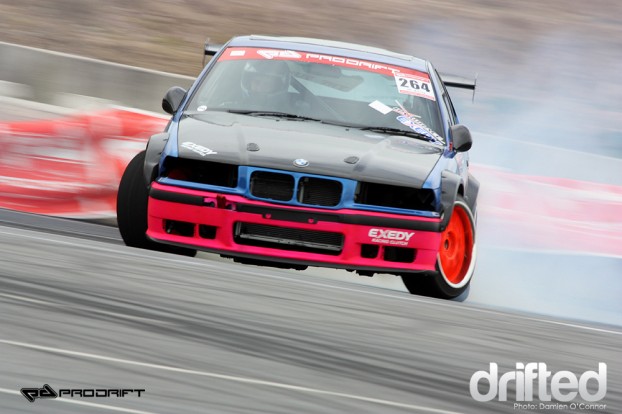 Some shot’s of Team Battle practice.

Martin O’Meara overcame mechanical issues to get some quality seat time in. 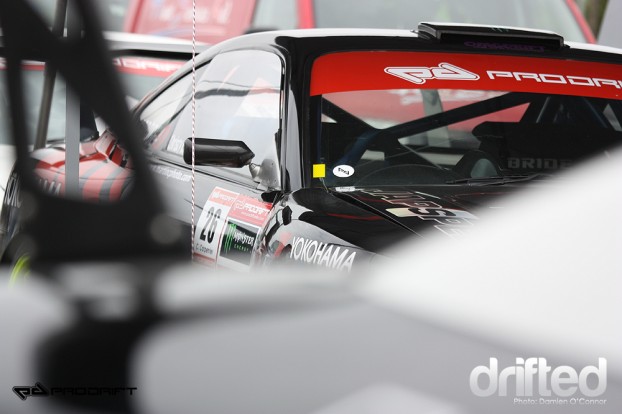 Is there any crevasse or angle this car doesn’t look good through, yes Christy we continue to be envious. 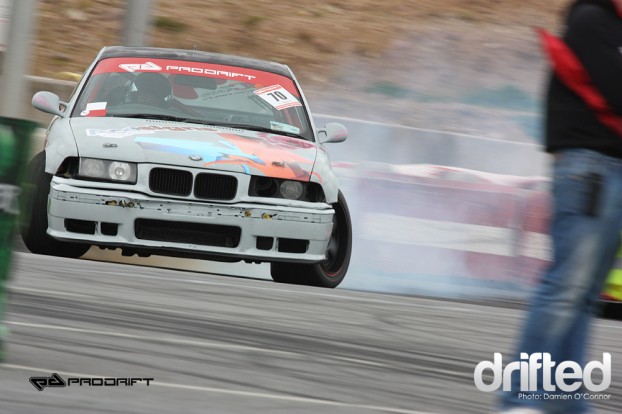 Chucky comes in really committed in his E36 BMW. 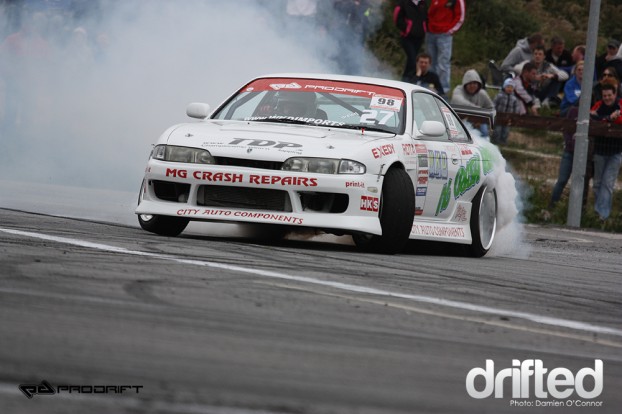 Alan Sinnott playing a little “Hide and Seek“. Any photographer will know infield furniture is the bane of our existence.

Christy Carpenter found himself in what seems these days an ever familiar semi -final battle, Chris Brady narrowly securing his place in the Final, was he the man to upset the local Deane talent? 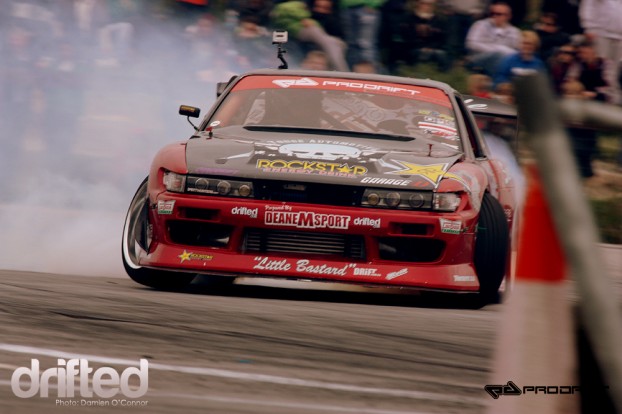 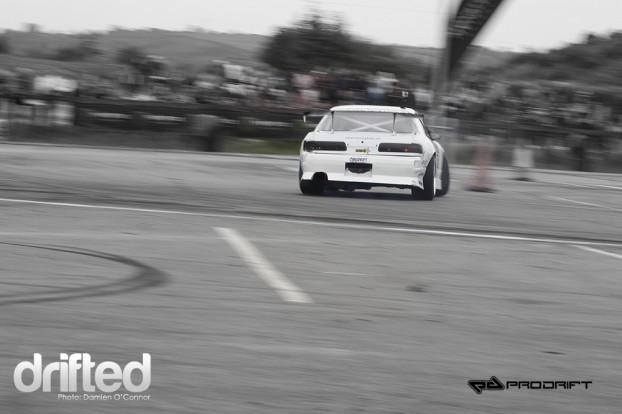 Speaking of that magic Deane talent, the brother’s met in the other semi-final leg, meaning at least one Cork driver would contest the final, there really was nothing to separate the duo, and Mike Deane progressed using all his experience, I wonder if the brother’s keep a scoreboard at home? 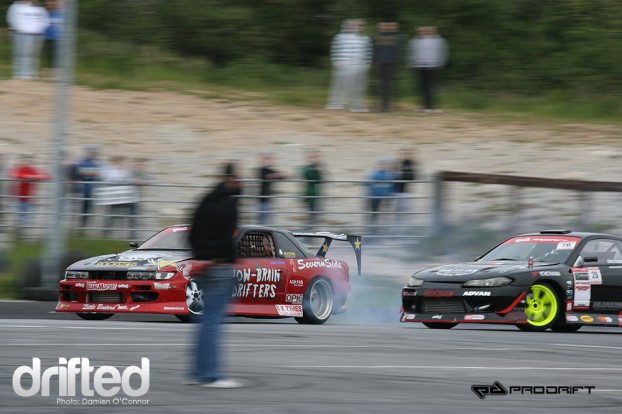 With the final battle attendees done and dusted, all was left was to decide who would occupy the final 3rd spot on the podium. Like most of the battles seen earlier in the day, at this level it really is a matter of judges styling that separated these two, with James Deane edging it to earn another podium finish to his largely growing portfolio. 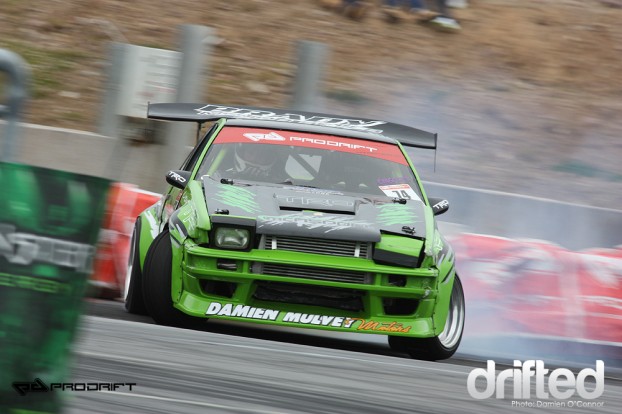 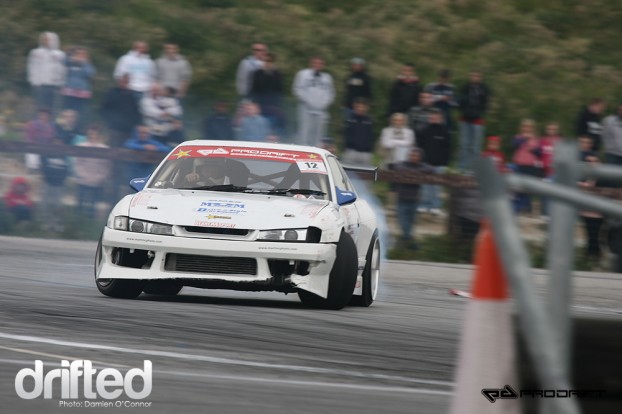 Chris Brady and Mike Deane competed in a thrilling finale to the day’s events, but really you would put your house, so to speak, on Mike Deane in any final given his vast experience. It was this experience that paid off to keep the Cork crown with a native, we’re off to Punchestown Co .Kildare for Round 3 in just a couple of weeks so stay tuned.

« VIDEO: What happens on a K-Tour?
EVENT: FD Atlanta – Behind the Scenes Extras »