We’ve got the latest information regarding the latest addition to the Horizon franchise – Forza Horizon 6. It’s almost time to prepare to get sideways once again. 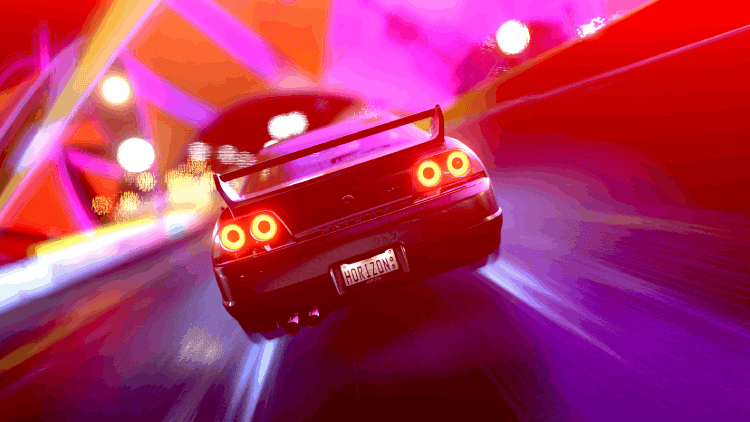 From the start, the Forza franchise showed the capabilities of the Xbox Consoles and their take on the racing genre. As you might already know, everything went (and still goes) at full speed.

On the one hand, you get Motorsport, which focuses on a simulated experience, allowing you to see how professional drivers refine their skills on the track.

In contrast, the Horizon series provides a huge amount of never-seen-before freedom with an arcade-style vibe within an open-world setting.

This article focuses on the latest announcements for the upcoming release of the series, Forza Horizon 6.

Remember to take every piece of information with a grain of salt, as we’re still far from any release date. But, we’ll do our best to keep you updated with the latest news, leaks, trailers, and any other information that you’ll want to know.

Not sure what to do while you wait for the game? Once you’ve finished checking out this article, make sure you head over for some fun in the free-to-play browser game, Madalin Stunt Cars 3.

Since Forza Horizon 5 is still “active,” and the second expansion isn’t out yet, there aren’t too many rumors from reputable sources about the next part of the story.

Still, we’ve found a couple of references that help us speculate about some upcoming elements for FH6.

First, let’s check this Reddit post about a job posting. According to the OP (Original Poster), developers are looking for a talented Level Designer. Therefore, they need someone that helps them prepare some maps and help improve the experience with attractive gameplay elements.

On the one hand, this job posting is excellent news for the next video game. Indeed, with that extra time, the new worker could add innovative challenges and possible refreshing features. In the long run, it could help attract more players to the upcoming Forza Horizon 6.

In contrast, this discovery might lead to something different but still exciting. The Playground Games developers have more than one project (Fable and Forza Motorsport 7).

As a result, they might need extra hands right away for different video games.

Whichever the case, it is always welcoming to new job postings that lead to a strong team.

We can assume that everything is going great with Playground Games, and they have that extra income to optimize their crafts.

This tweet contains many rumors that might appear great/bad for some community members. Let us review it little by little.

First, according to the OP, this is the last Forza Horizon video game.

Although shocking, it’s a common occurrence in the video gaming environment. Sometimes, the developer team (Playground Games, in this case) gets “burned out” when they work on something similar for a long time.

When this happens, they try their luck at something different. Most noteworthy, it doesn’t mean that the Forza Horizon franchise is dead; it is just taking a hiatus.

The Second part states that Forza Horizon 6 will get a 2025 release date.

You might find this part of the tweet debatable since they usually need two years (or three for Forza Horizon 5) for the next installment.

Still, in the last video game, they took more time to release the DLC, and the developers might have other projects.

Lastly, the rumors continue that FH6 will let us visit the mystic Japan region.

Additionally, we could see more snow (compared to New Mexico), and travel across mountains or around old temples.

Without a doubt, there’s plenty of exciting material in Japan that can make things breathtaking.

Even though we have enough material to speculate outstanding gameplay elements for the upcoming Forza Horizon 6, it will be a long wait. We have active seasons within Forza Horizon 5, and the second expansion is still unknown.

Even though we already have some rumors about Japan, there’s always a chance to travel to places like:

It could be great if we get to visit another European country and learn a little about their culture. In Germany, we could explore their architecture and a couple of words from the language.

Furthermore, we can discover multiple biomes and weather effects as we travel across the roads.

Riding between castles, plains, and rocky roads would make for a good rally adventure.

Things could get tricky when you try to picture some waypoints across a desert. Still, you have other ways to take advantage of the wonders in Egypt.

Overall, many famous structures (like the pyramids) might help the developers add good challenges to Forza Horizon 6.

Within this county, we could also move through cities, lakes, and green areas.

Yes, the first thought that comes into our minds is a chance to race within the giant wall of China.

Also, we could travel between temples, huge gardens, and big cities. Thanks to the country’s size, we could visit diverse territories and biomes.

In the Forza Horizon franchise, we have already visited places such as:

Undoubtedly, the developers at Playground Games will use these consoles to shape Forza Horizon 6.

Furthermore, the developers might tune things up and see that all the gaming mechanics work best with their best console.

Independently of the release date or the upcoming features, Playground Games will aim to get Forza Horizon 6 first with the Xbox Series X/S.

Speaking of Series S, even though this version has less “power,” it can still play next-gen video games. Therefore, we could get less stunning graphics, but it will inevitably run without complications.

Thanks to the Game Pass, we’ll probably see once more of the base version when Forza Horizon 6 Release Date hits. As a result, if you want to add the possible upcoming expansions, you’ll need to invest more into your account.

Due to Series S popularity with veterans and casuals alike, the Xbox One is becoming less common.

If we follow the tweet rumor, we could see Forza Horizon 6 in 2025. Around this time, the now “old-gen” probably will have less support from the current developers.

Remember that all we are doing is pure speculation. More often, the “home” developers from Microsoft tend to expand the lifespan of their products when they have the opportunity. In other words, we should never rule out a Forza Horizon 6 for this console.

Either way, at this moment, many video games tend to have performance issues with Xbox One. For example, you may come across infrequent frame rates, more loading times, and graphical errors.

Since Microsoft is behind all the Forza franchises, it is now common to see a simultaneous PC release with their “exclusive” video games.

Hence, players with a capable computer can enjoy Xbox releases without owning the console. Furthermore, now with a “Cross-play” feature, both parties can have the same experience.

Depending on your PC hardware, you could have a similar (or even better) performance than the Xbox Series X.

Although, you’ll need the latest graphic cards and top-of-the-line processors. These components could cost two or three times more than a Series X.

The result is not a big difference (especially with these exclusives); you’ll have the same graphical experience. Indeed, you might get the option to have a higher resolution, framerates, or mods (if possible).

Is Forza Horizon 5 cross-platform? Learn about it by following this link.

Thanks to the newest technologies, you could even play Forza Horizon 6 without a powerful PC or even a single console.

With Xbox Cloud Gaming (formerly named Xcloud), you could stream the video game and play it on your smartphone, tablet, or an old laptop.

Being in a Beta state, we experience the Xbox Cloud Gaming through a custom Xbox Series X, and the experience changes according to the distance between you and the servers.

Still, according to some announcements, we could get improvements to the Cloud interface and enhance a couple of features.

Within a couple of years (and thanks to Cloud gaming’s rising popularity), we might get to play Forza Horizon 6 with our Smartphones and at its total capacity.

We still have no explicit knowledge about anything that may/may not appear in Forza Horizon 6. Still, some elements make these video games enjoyable. For example:

You can also check the Forza Horizon 5 Car List and make a wishlist for the upcoming Forza video games.

Will Horizon Festival Return for Horizon 6?

We will likely get some form of the Horizon Festival for the upcoming video game. Thanks to the challenges in these events, we get more vehicles and ways to extend our gaming sessions. Inside Forza Horizon 6, we could have the same formula as Horizon 5. In other words, we will find new stuff monthly.

Unless Microsoft buys Sony (or the other way around), we won’t get any Forza video games on PS4/PS5.

Similarly, there’s not a single Gran Turismo on the Xbox consoles.

Since both companies are fighting for your attention, this gimmick won’t change soon.

It is more likely that you’ll get to see more games from Forza or Gran Turismo on PC. But, given Microsoft’s Xbox ownership we very much doubt that’ll be happening anytime soon.

In this section, we’ll cover some of the commonly asked questions about the upcoming Forza Horizon 6 game.

Will Forza Horizon 6 come out?

Yes, we do not know the exact date, but thanks to the franchise’s popularity, it is inevitable. We could see tons of gaming mechanics returning as we visit another region/country. We could see better surprises due to the powerful hardware from the latest consoles.

What country will Forza Horizon 6 be available in at this time?

You could gather and play Forza Horizon 6 anywhere with a physical copy, but you might have issues activating the Game Pass or virtual versions. Microsoft still doesn’t officially cover many countries, but the list tends to grow.

No, there are no announcements for upcoming Forza video games for 2022. This year, we got the first expansion within Forza Horizon 5, and we could get the second expansion in 2023.

Is there a Forza Horizon 7?

No, there are some rumors which tell that Forza Horizon 6 is going to be the last for Playground Games. This rumor could mean that we might not get a Horizon for a long time, or they could give this branch to another studio.

Is there a new Forza Motorsport?

No, but remember that the Forza franchise is one of the leading powerhouses of Xbox, which means that we’ll get Motorsport after Horizon 6. It would be best to visit the Forza 8 Release Date article to get more information about the latest rumors.

Will Forza Horizon 6 be on Xbox One?

Since Microsoft owns this franchise, there’s a slight chance that we will still get Forza Horizon 6 on Xbox One. However, many third-party developers use their resources to focus on the latest consoles. One of the hardware elements that make a significant difference is the SSD which helps with the loading times and adds a diverse infrastructure.

Are you wanting another game to keep an eye out for? Make sure you check out our latest details on The Crew 3’s release!