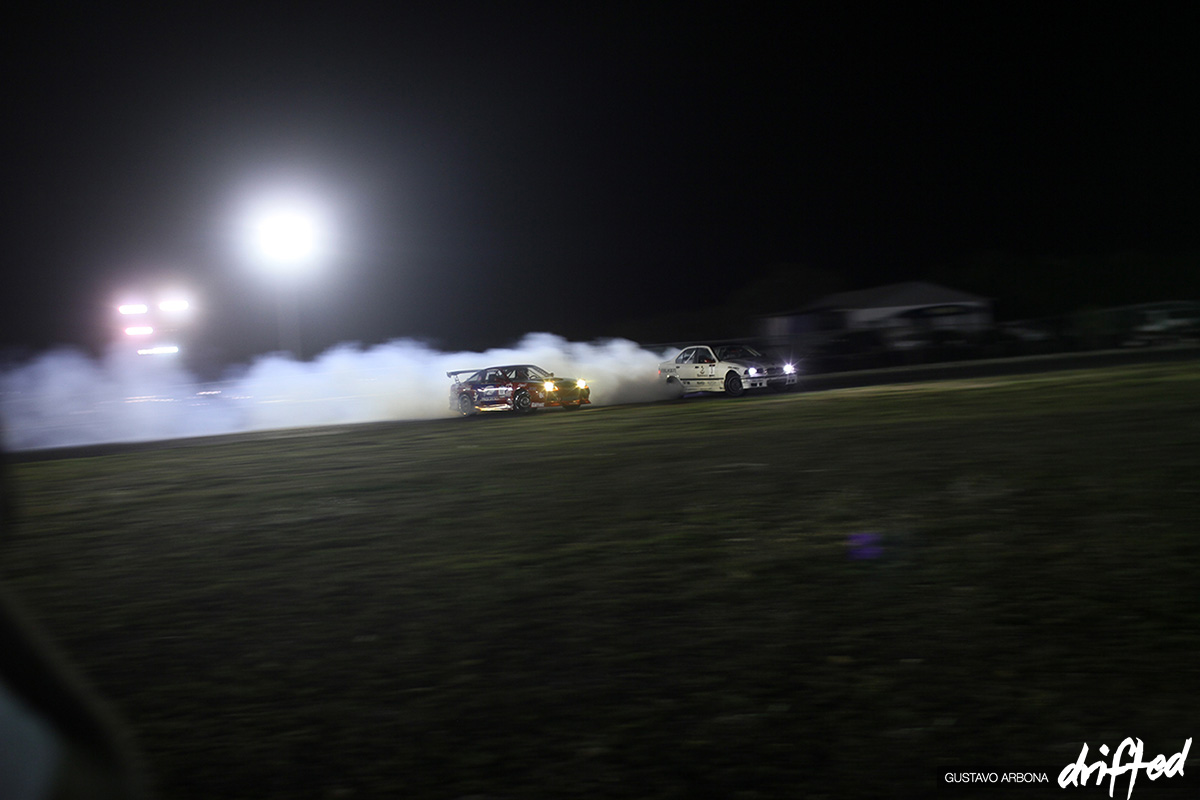 It’s been a while since we posted about the Dominican Drift Series, the biggest series in the Caribbean and possibly the best in Latin America.

On its 6th season with drivers from Costa Rica, Puerto Rico and Dominican Republic, this is one of few international championships with support from Formula Drift. 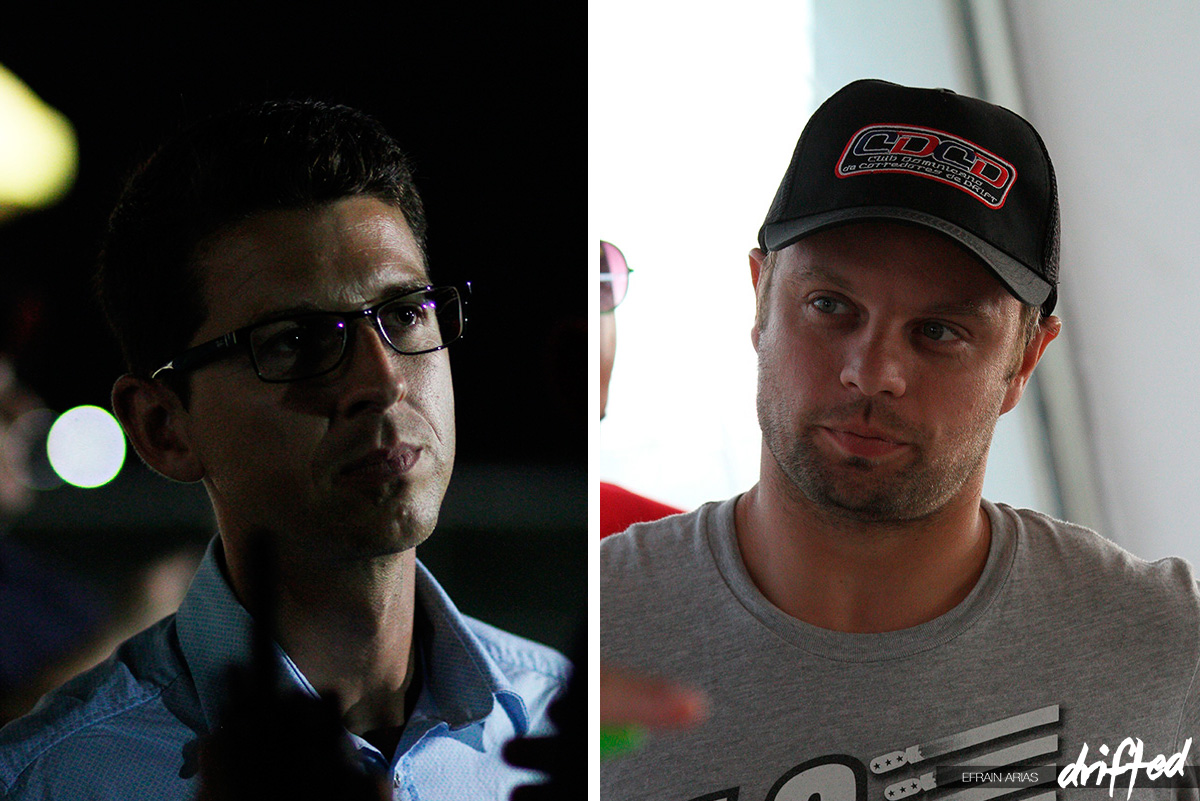 Since Round 2 of the 2014 season, Formula D judges Ryan Lanteigne and Brian Eggert have traveled all the way from the States to help improve the judging criteria of the DDS.

Both of them came knowing nothing about the series, and after their experience both have spoken well about the organization (Club Dominicano de Corredores de Drift), as well as being positive about the level of the drivers; some of them they consider competitive at the Pro2 class. 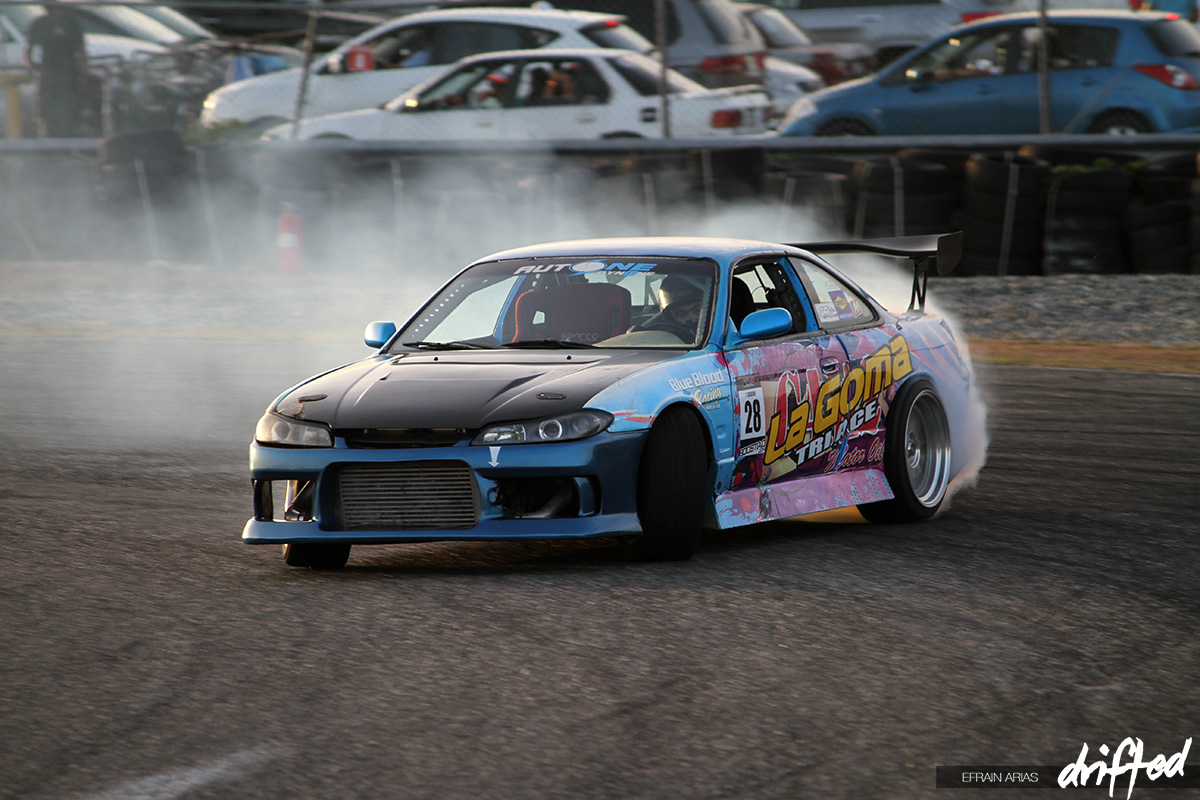 The 2014 season of the DDS is the best one yet; Jose Sobrino was the 2013 champion with his S15 V8 Silvia, but this year has been a nightmare for him with lots of engine problems. With this borrowed car he’s managed to reach 4th in the 2014 standings. 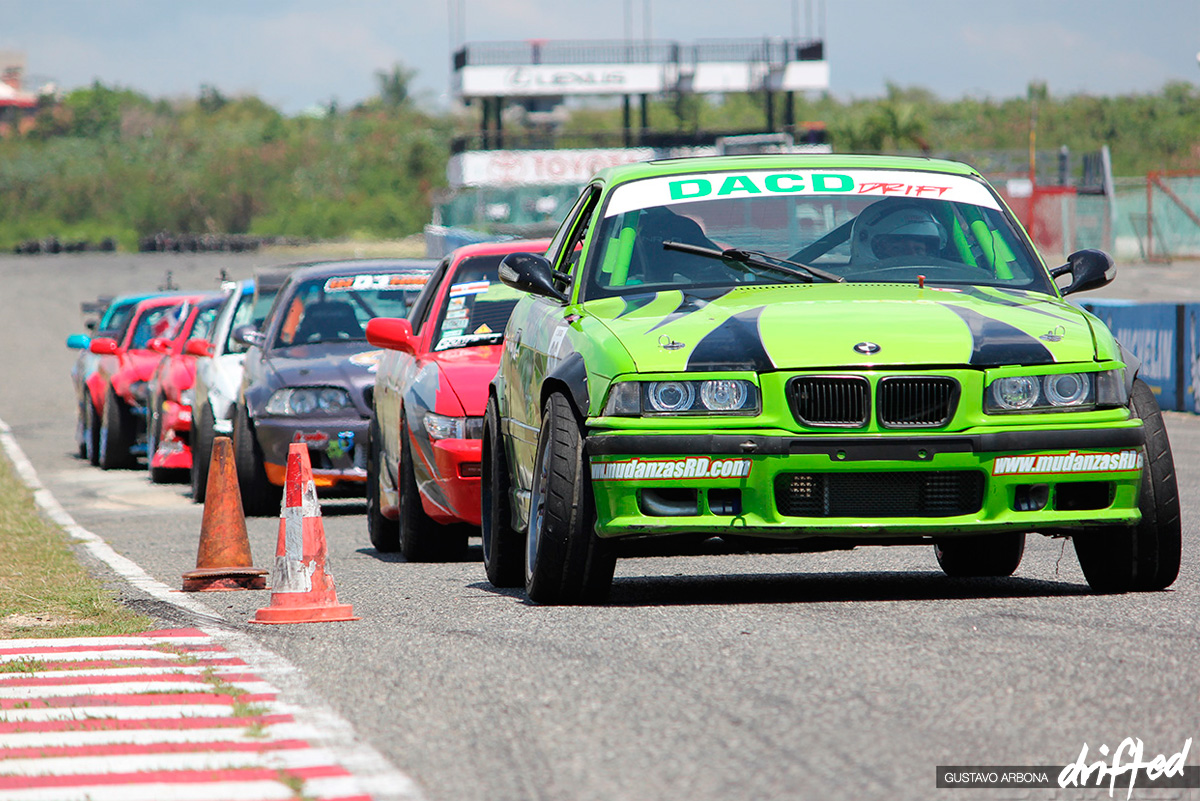 The quality of the cars is better than ever, with more shops building uncomprimising drift machines, all up to FD specs. 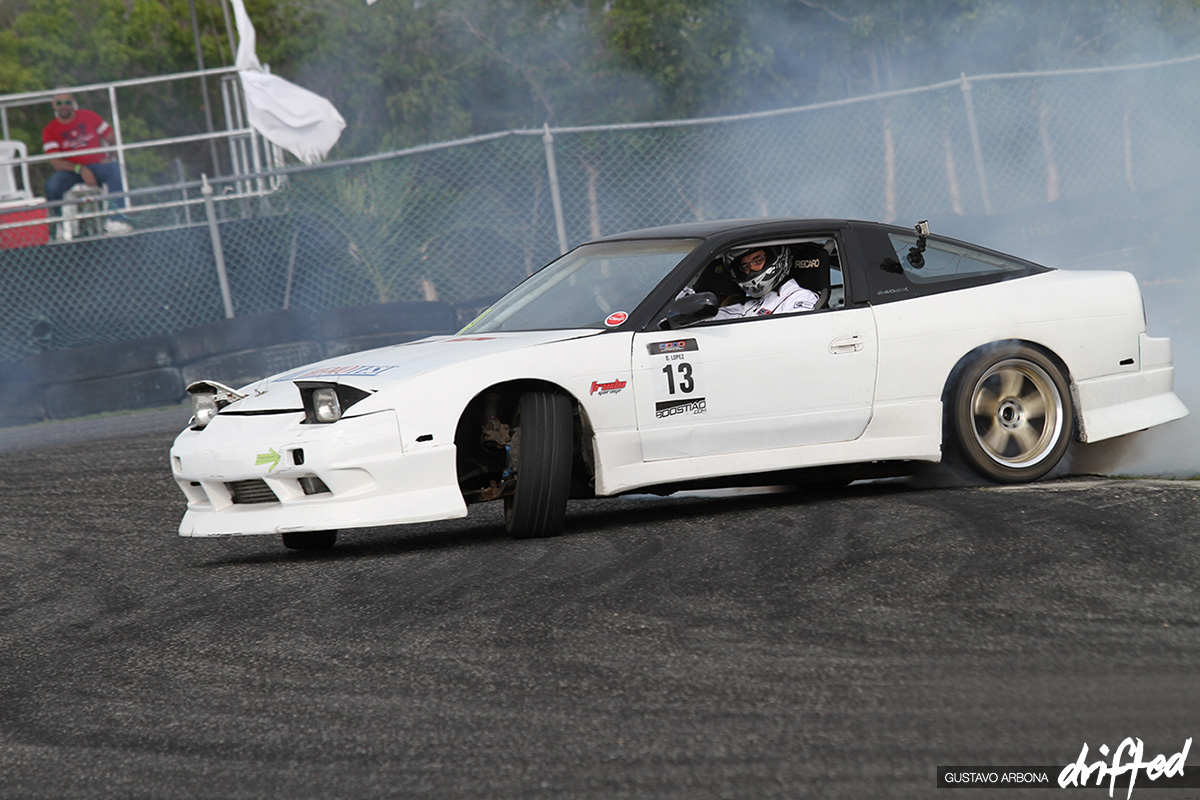 More power, more speed and more angle is the target of every driver to ensure they stay competitive with the big guys. 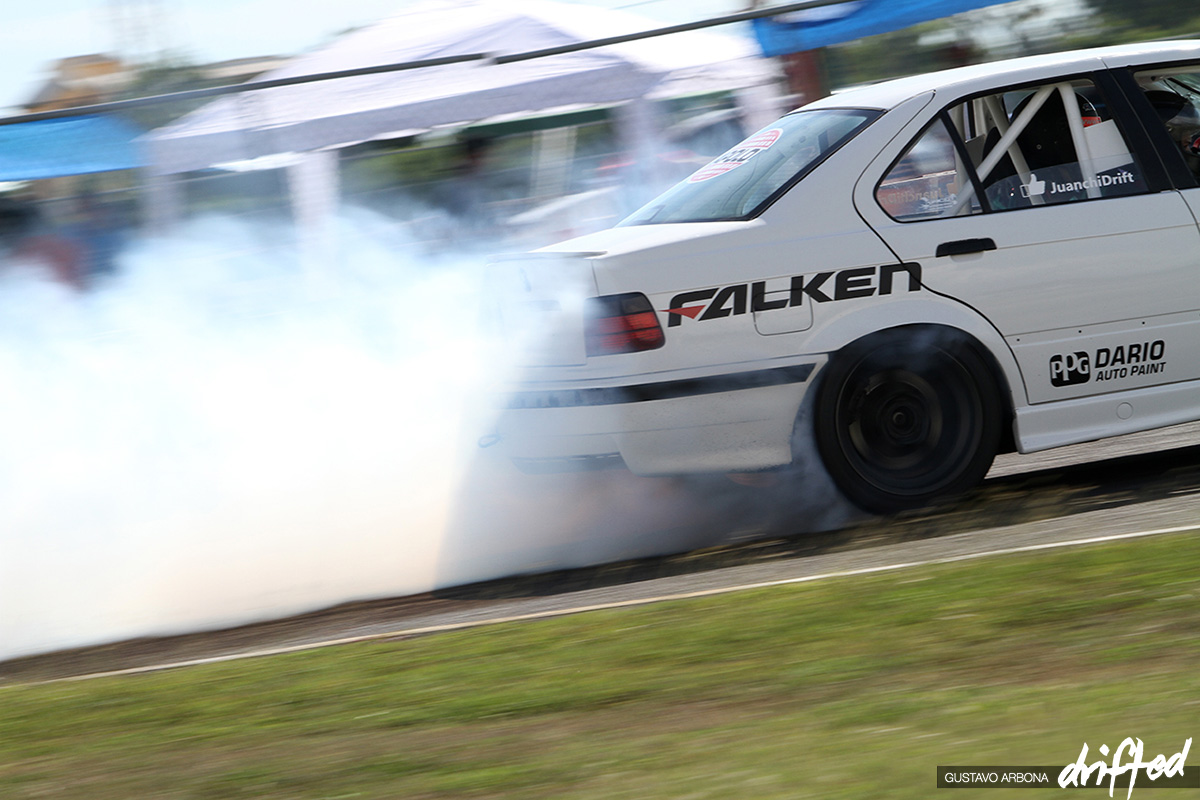 Juan Almonte was the 2012 champion with his M50 turbo powered E36. Having picked up some big name sponsors, it shows that progress for the sport is on the right track. 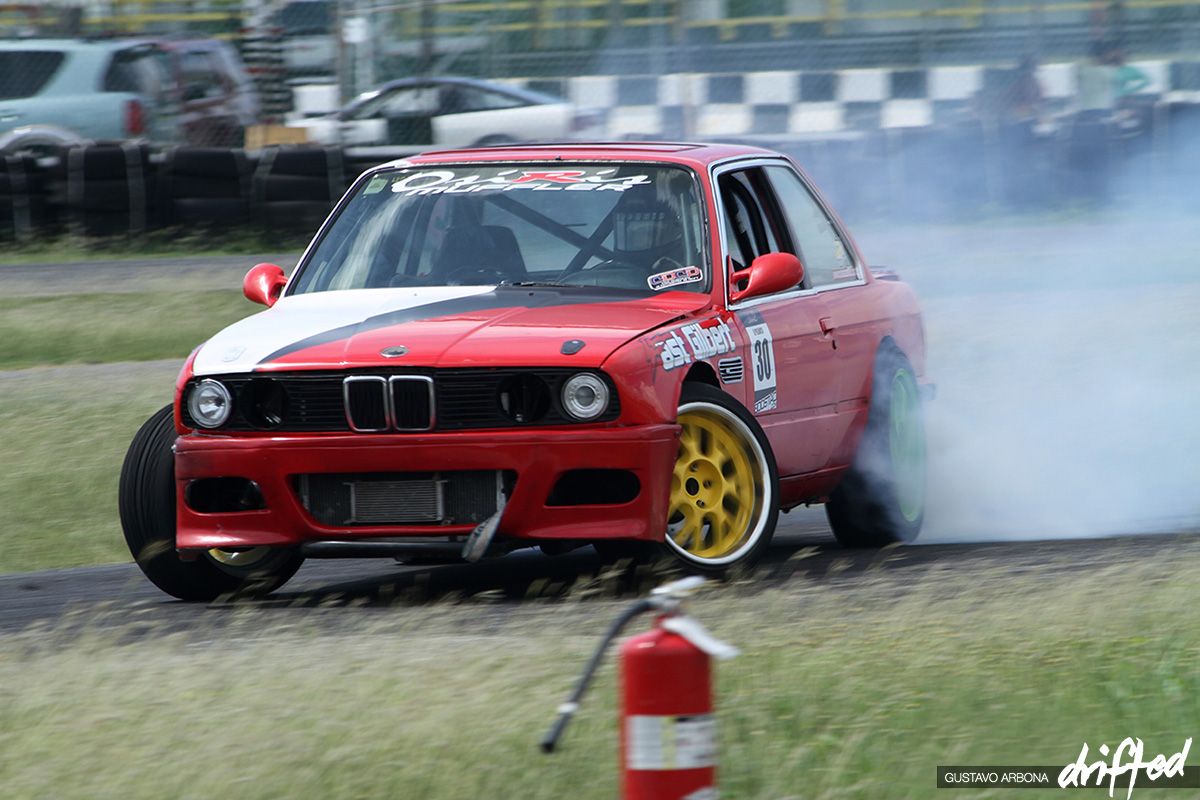 Diversity is one the best things of the Dominican Series; for example, this very European looking E30 has an LT1 engine. 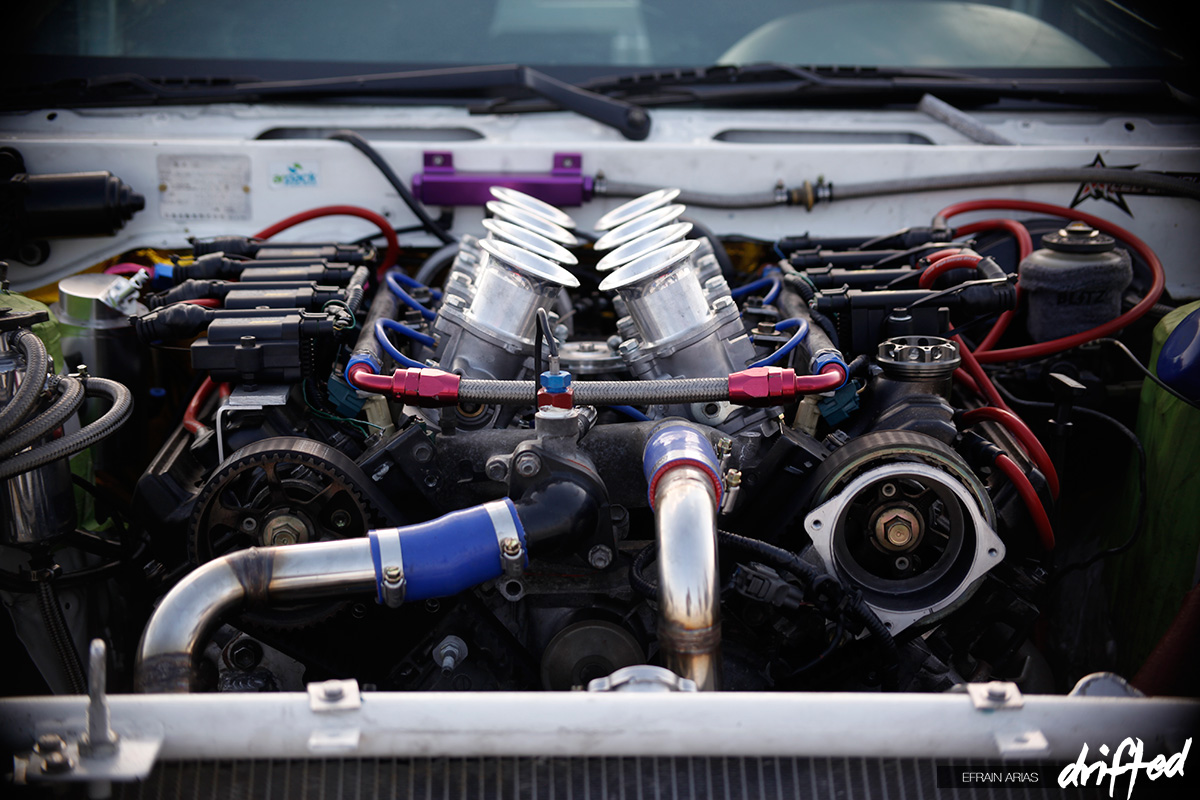 This 1UZ Toyota engine is the heart of an RPS13; looks good eh? 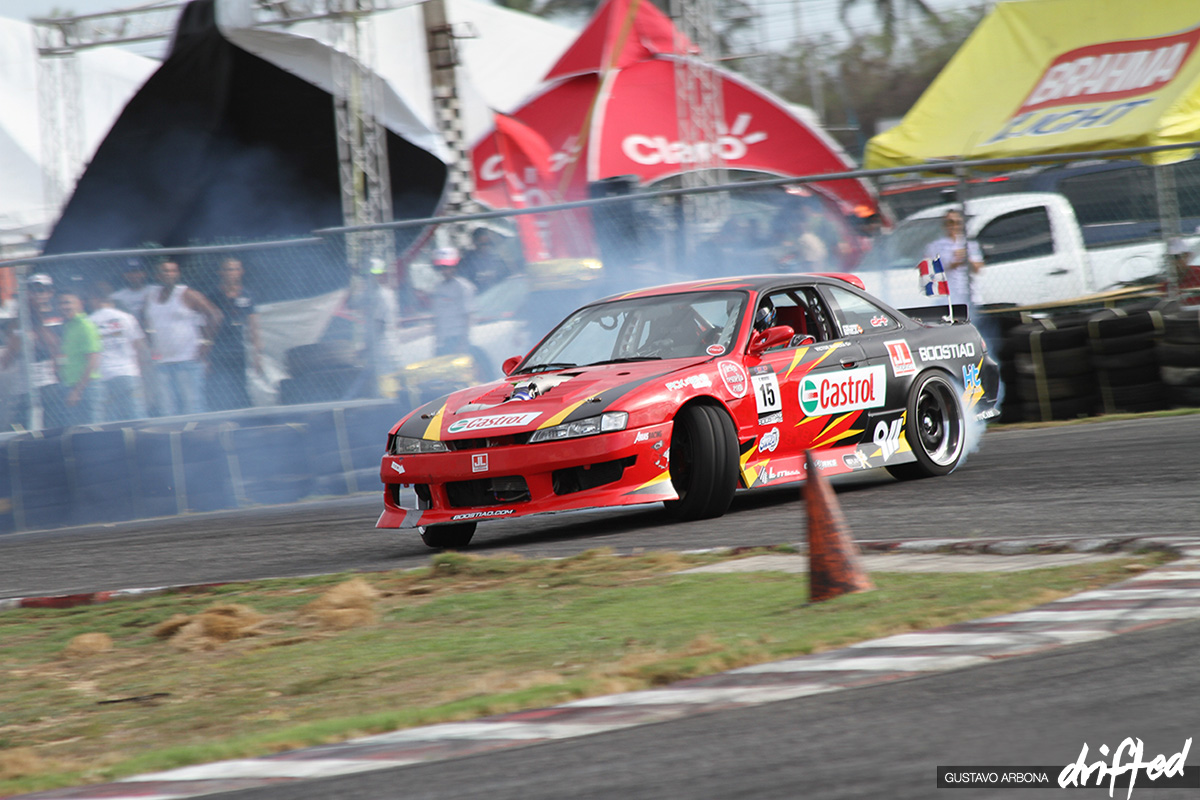 This season has had 3 different winners so far; Victor Madera took the win in Round 1!

Jhonnattan Castro won Round 2; you may be familiar with him and his blue 370Z, ran by Chris Forsberg Racing in Formula Drift. 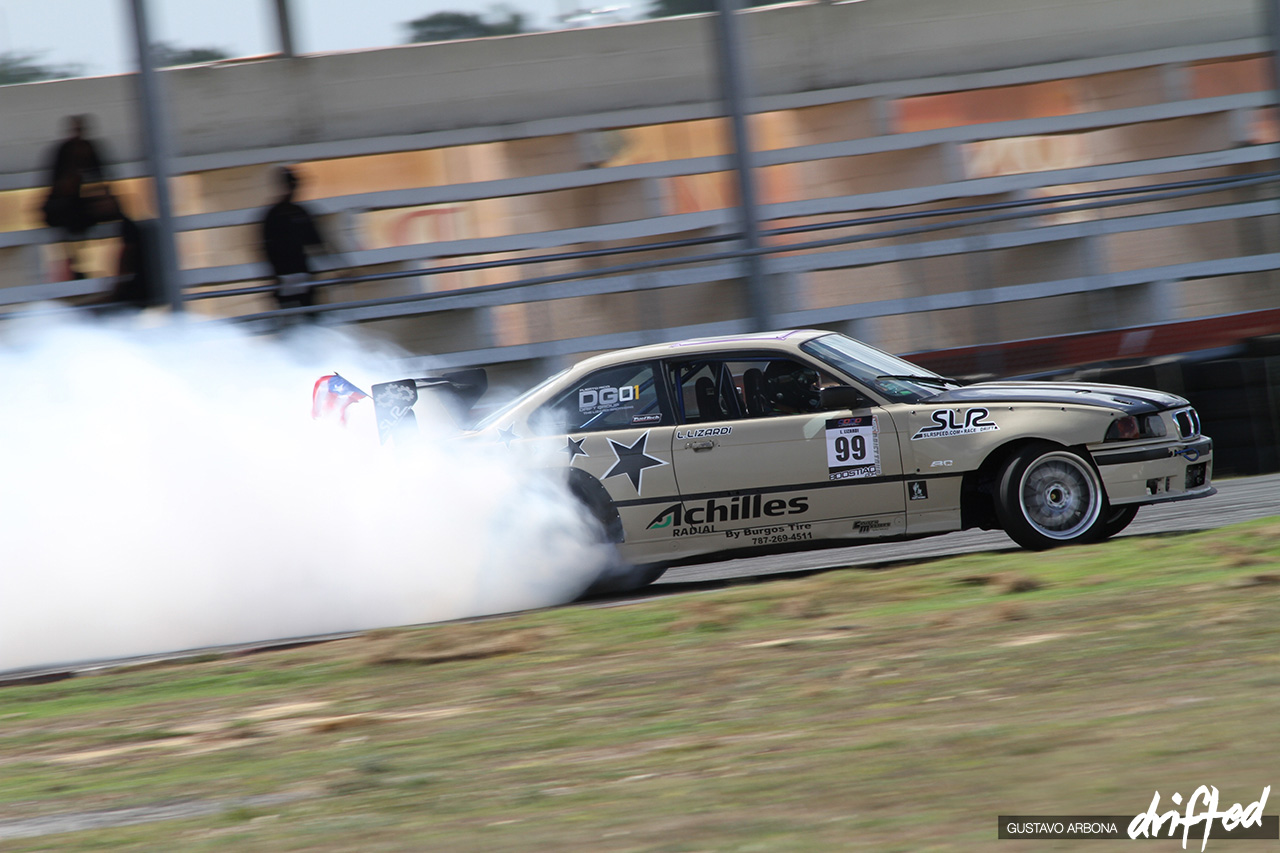 Pro-Am driver Luis Lizardi took the ferry with his car from Puerto Rico to win Round 3. He earned his FD Pro2 license in the Street Wise Drift series. 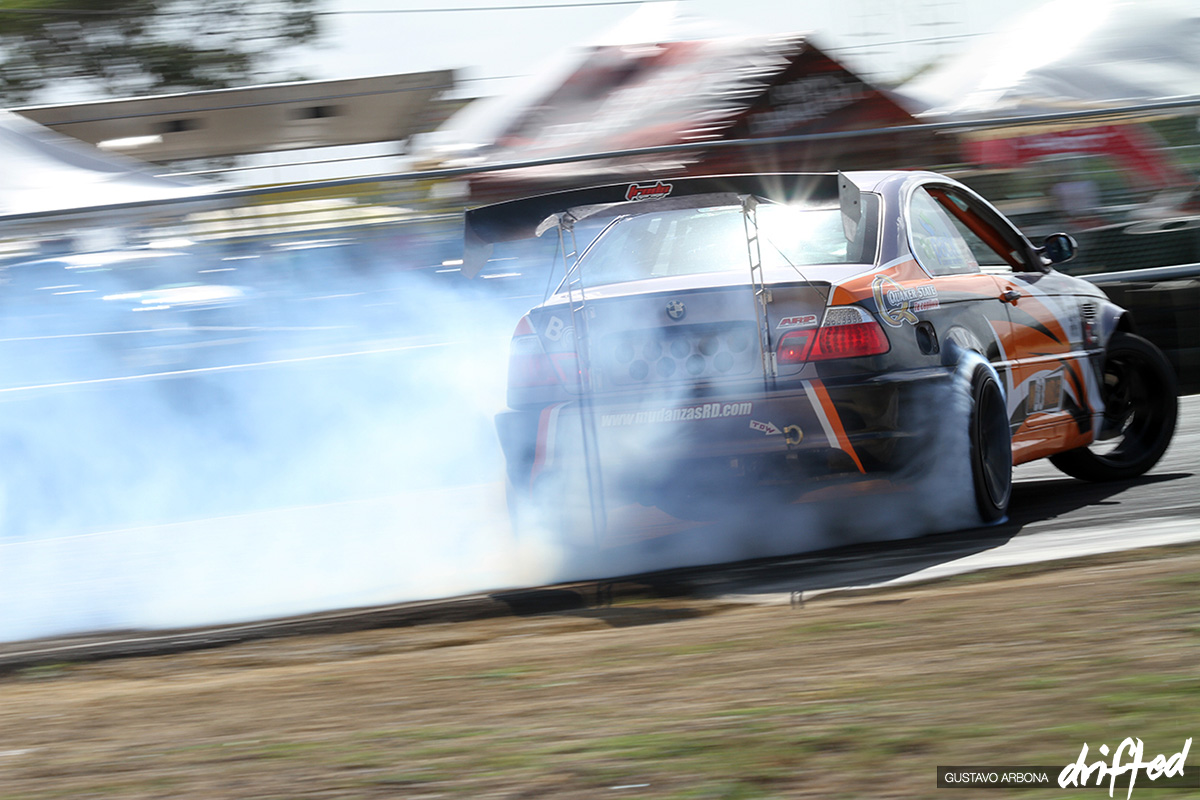 Nathael Jimenez has been looking more comfortable with his JZ powered E46; he’s currently third in the standings. 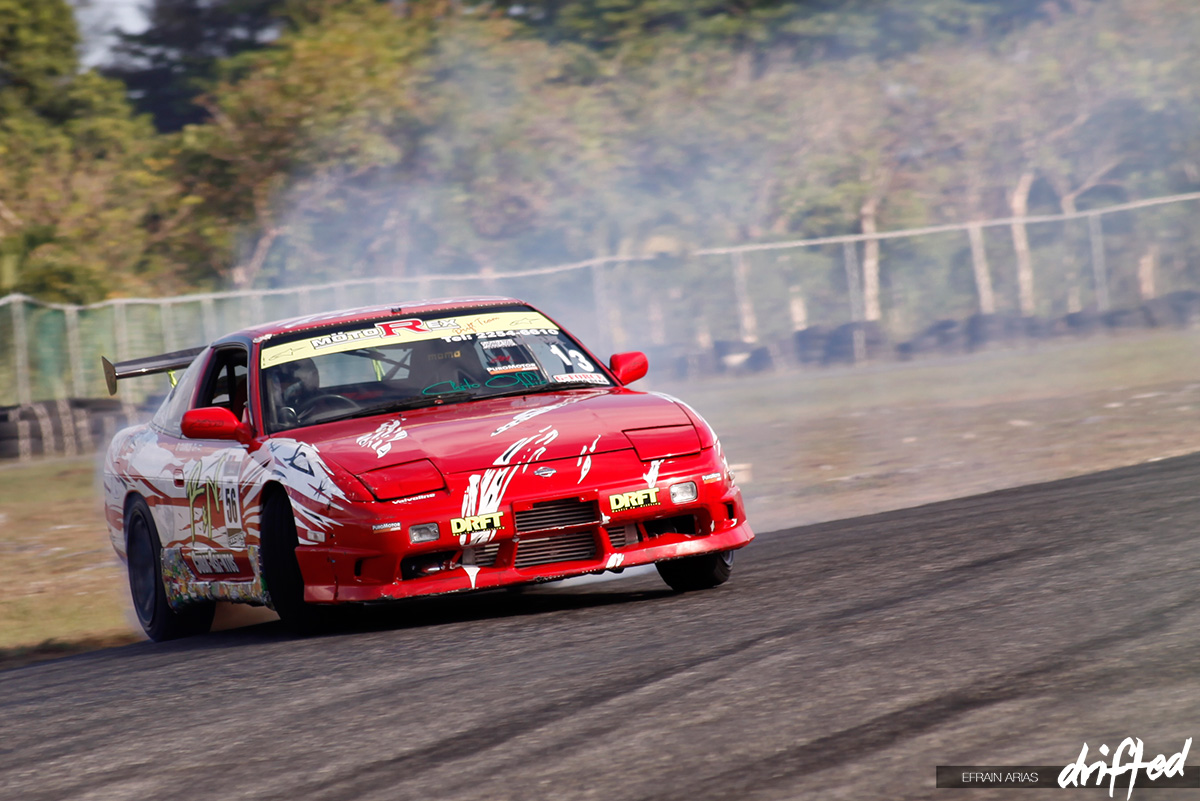 Daniel Quiros from Costa Rica is leading the rookie of the year race and is sitting 5th overall. 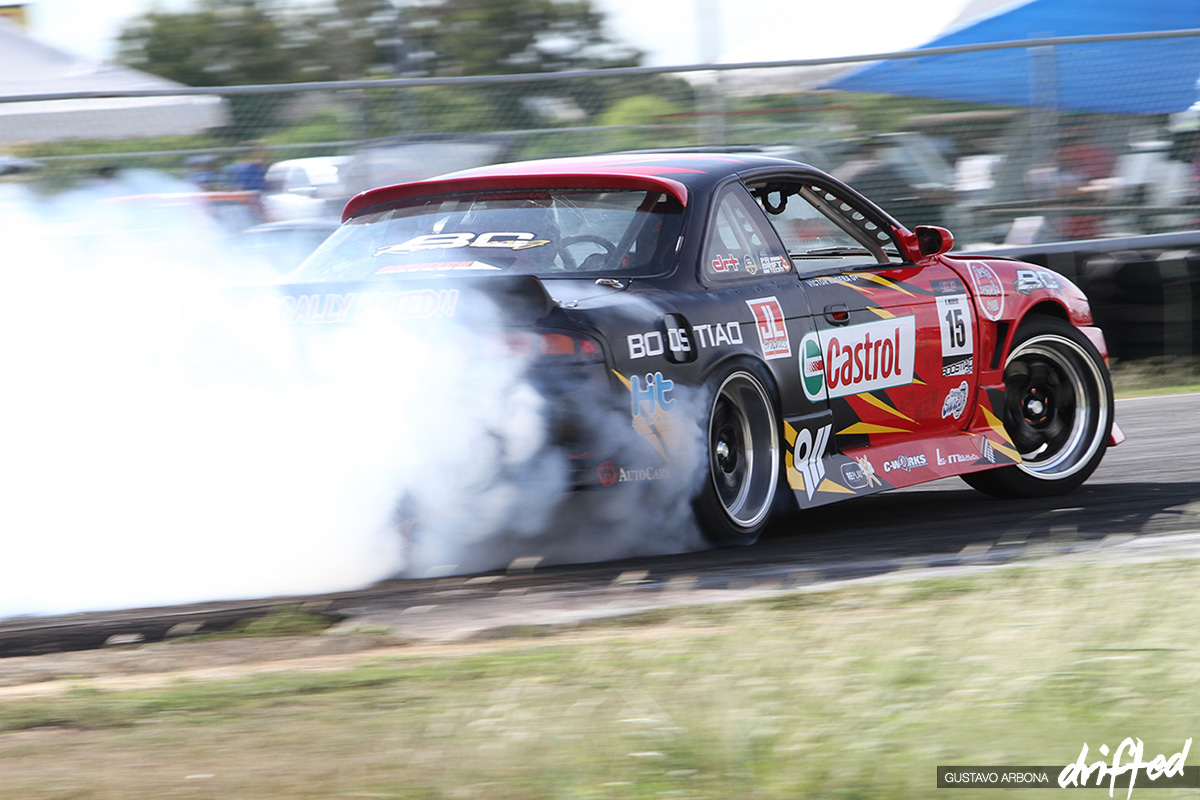 Victor Madera in this Castrol V8 Silvia is currently leading the championship. 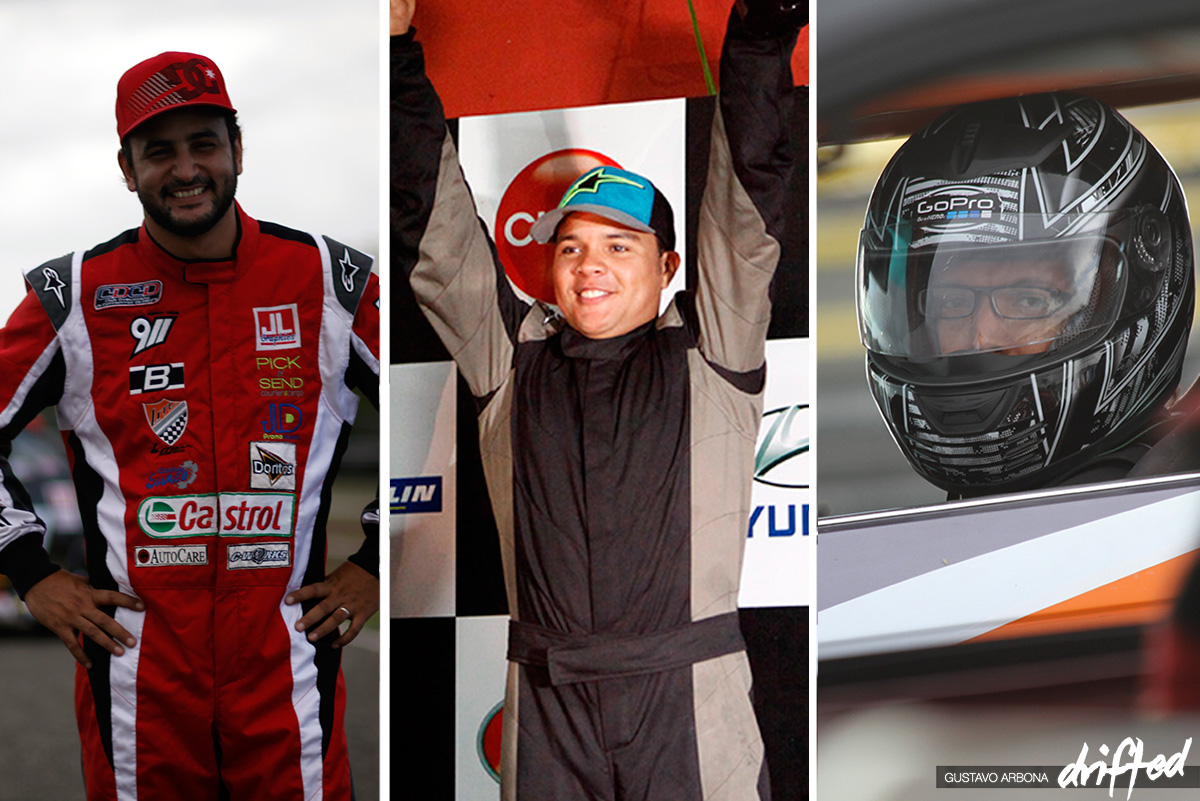 With just one more round to go, only 2 points separate Victor Madera and Jhonnattan Castro, but Nathael Jimenez is still on the hunt with a 29 point difference.

November 1st is the final round of the closest championship battle in the history of the Dominican Drift Series; we wish the best luck to all the teams/drivers involved.

Stay tuned for the results of this fantastic 2014 season.