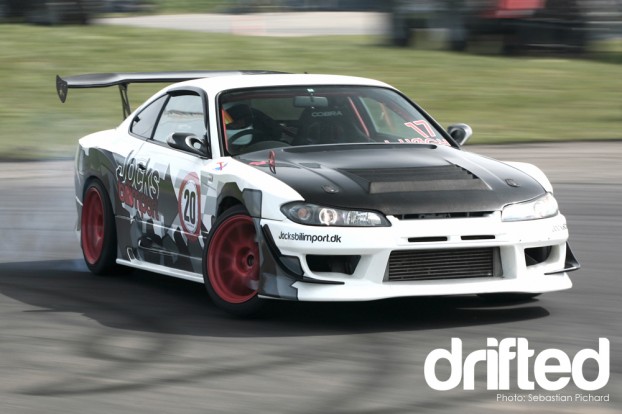 Last weekend was time for the first annual drift event of the year. The show was called Fast & Furious car show, and it’s basically a show for all kinds of cars.

I arrived friday evening with a couple of friends, so I didn’t get to see the cars in action the first day. When we arrived, the compound, which had been used as the pit area, was quiet and empty of people. The cars were resting from a long day of drifting in their individual team camps.
This was also the first time I saw the cars on the team. This was a huge deal for me, since I have designed the graphics on the side of the cars. It is truly amazing to see a complete drift team with your artwork on the side.
We decided to get inside and get some rest for the next day.

Pro driver Peter Møller did an amazing job with his AE86 – Even though the car only has 150 hp!

When I arrived at the pit area the next day, I met up with Kim who is the team owner, and the rest of the drivers. I was really anxious to see the cars in action, but especially the white S15.

I went to the trackside to get some pics, but to my big disappointment, I didn’t get to see the S15 do a single lap. An oil component in the engine had come off, and everyone in the team was frustrated. It turned out later on, that a blue van across from our stand had an SR20 in the back, and we got the much needed component!

With all the cars back on the track, the weekend went smooth. All the cars performed extremely well and only minor, fixable damages were caused. Even though it was a narrow, and not very drift-friendly track, all cars of the weekend did a really good job. Only a single car of the plus fifty in all was totalled – a white Silvia S14.

All the guys on the team kept fighting hard and having fun. Unfortunately, none of the semi-pro drivers won. Pro driver Peter Møller didn’t win anything either, but pro driver Jacob Høgh got the third place with his S15. Pretty damn good if you ask me, since it’s the first time he’s driving the car on the track. 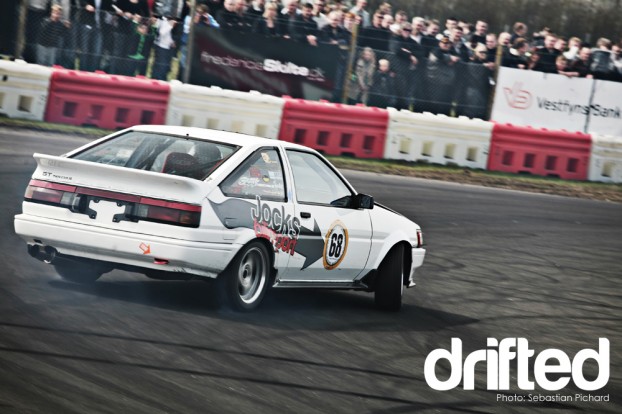 All in all, it was a really successfull weekend. No one had ever heard of Jocksbilimport’s drift team before, but the drivers, appearance and overall professionality certainly made a name for the team. Denmark, and maybe even Scandinavia will be seeing alot more from this team. 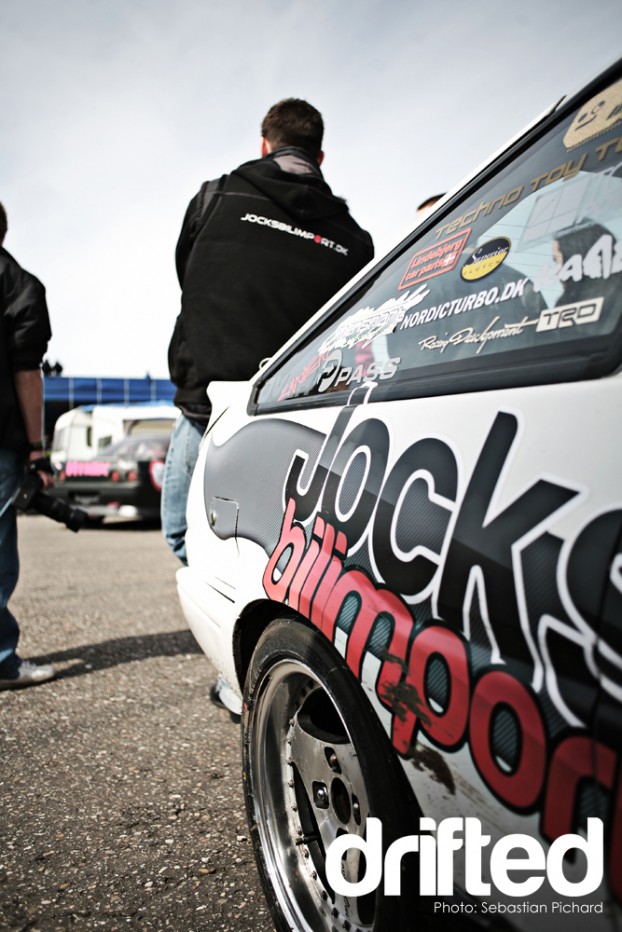