The StreetWise Drift G.A. C.S. Round 1 event last weekend was by far the best grass roots drifting event I have been to.

I met up with OMGDRIFT photographer Vance Milton and we had a blast shooting all day. I think I was having too much fun because I ended up with a lot less footage than I had hoped!

In my last write up I talked about two drivers in particular who were killing it at the previous event, Tyler Clayton and Ben Lewallen.  Well if I said these guys were killing it again it would be an understatement!  They took out all of their opponents in the top 8 tandem competition and then had to battle it out for 1st and 2nd place.  Ben and Tyler both drive s13 coupes, while Tyler’s is powered by an SR20DET, Ben’s is powered by an LS2 V8.

After three one more times Ben Lewallen took home the win against Tyler Clayton. Ben had the fastest entry of the day at 59mph, it was hard to believe that this was his first time competing in this car.

This event also had a solo competition for the amateur guys. Mark Rippol won this competition in his red s14, his driving looked super smooth all day.  There were  several guys from ASD at this event including David Jones driver of the black 2007 Mustang, Steve Sokol driver of the black Thunderbird, and of course Tyler Clayton and his green s13. For those of you who don’t know who ASD (Autosport Dynamics) are, they are well known for building several amazing Formula Drift cars, including the Falken Tire cars of Vaughn Gittin Jr. and Justin Pawlak’s Mustangs, Tyler Mcquarrie’s 350z, and Darren McNamara’s Saturn Sky. They even do some testing for their Formula D cars at this same location. If you are ever near Charlotte, NC you should definitely stop by one of these events. Check out their website www.streetwisedrift.com for more info on event dates and locations. 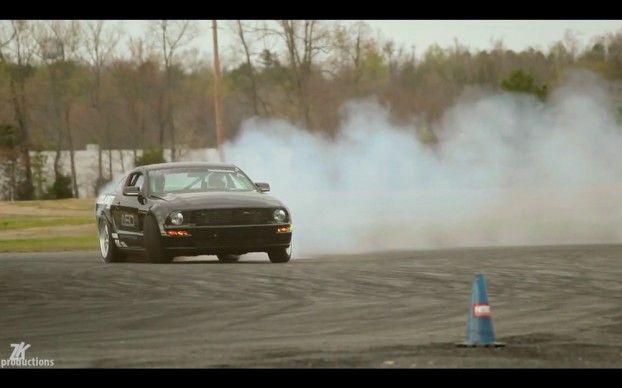