BEHIND THE SCENES: The Invasion at TRAX

The British Drift Championship Super Pro round at Silverstone had been playing on my mind for a few weeks. The audience at the TRAX event would be the largest that the BDC would see throughout the season and the pressure of hosting a competition event in and amongst the allotted track time slots at the event is pretty high.

Silverstone does not make any allowances for time. Things have to run like clockwork. Fortunately the BDC team are seasoned pro’s at making these things work so if anyone could pull it off, it’s them.

To add spice to the mixing pot there would be several big guest names taking part at the event, and the eyes of the world’s automotive media would be watching. 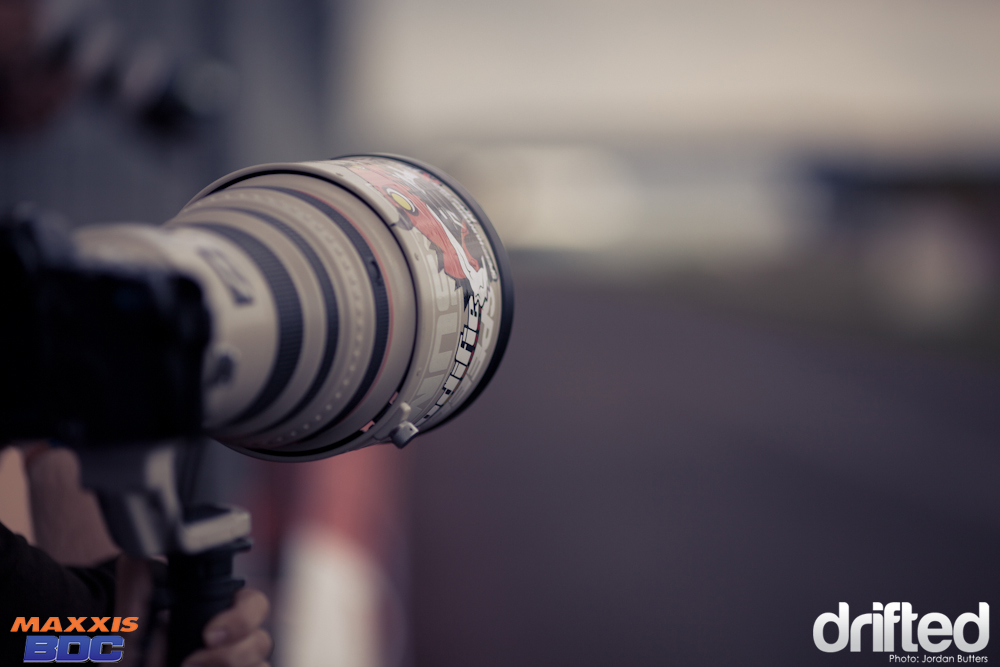 Speedhunters were present in full effect, with Editor in Chief Rod Chong over from the US with his signature Canon 400mm F2.8L behemouth lens (making us all feel a bit inadequate). 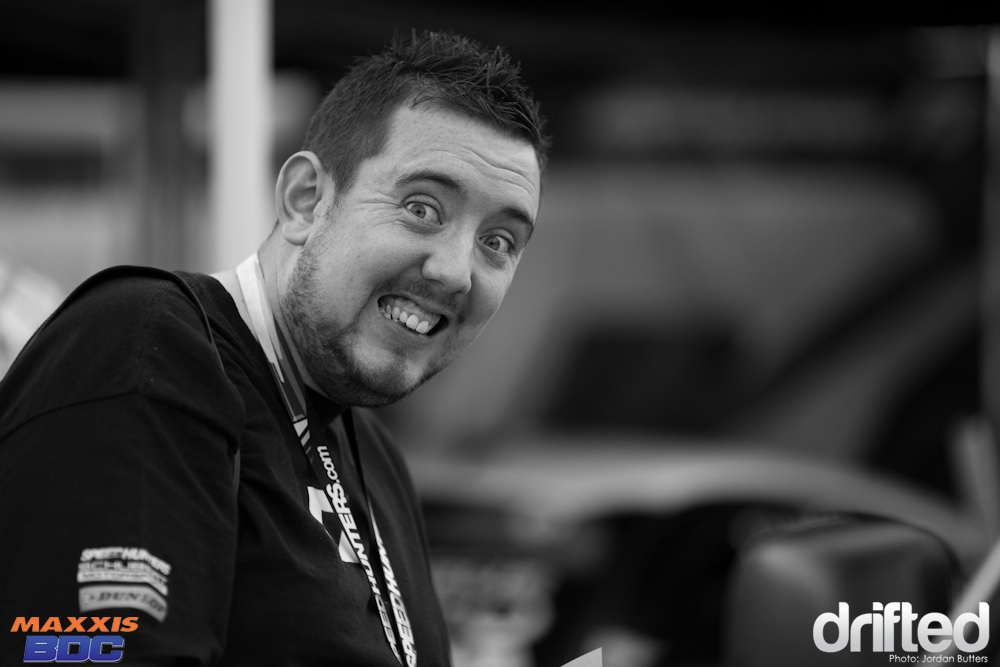 Paddy McGrath, also of Speedhunters was attending too, this his first BDC event in a few years. I bumped into Paddy the day before when shooting the Edition 38 show for Stanceworks and we were both pretty stoked about this event! I’m posting this amazing shot of Paddy because I’ve a sneaky suspicion that he has a similarly flattering shot of me going up on Speedhunters.

Completing the media assault from the hunters of speed was Ross Ianson. I’ve shot alongside Ross all year  and it’s always an honour and a pleasure. He also never disappoints when you point a camera at him.

The reason for such strong Speedhunters presence? Team Need for Speed drivers Fredric Aasbø and Darren ‘D-Mac’ McNamara were to take part in the event.

This was to be Fredric’s first time drifting in the UK and the first time the Need for Speed/Japanauto Supra would touch down on British soil. 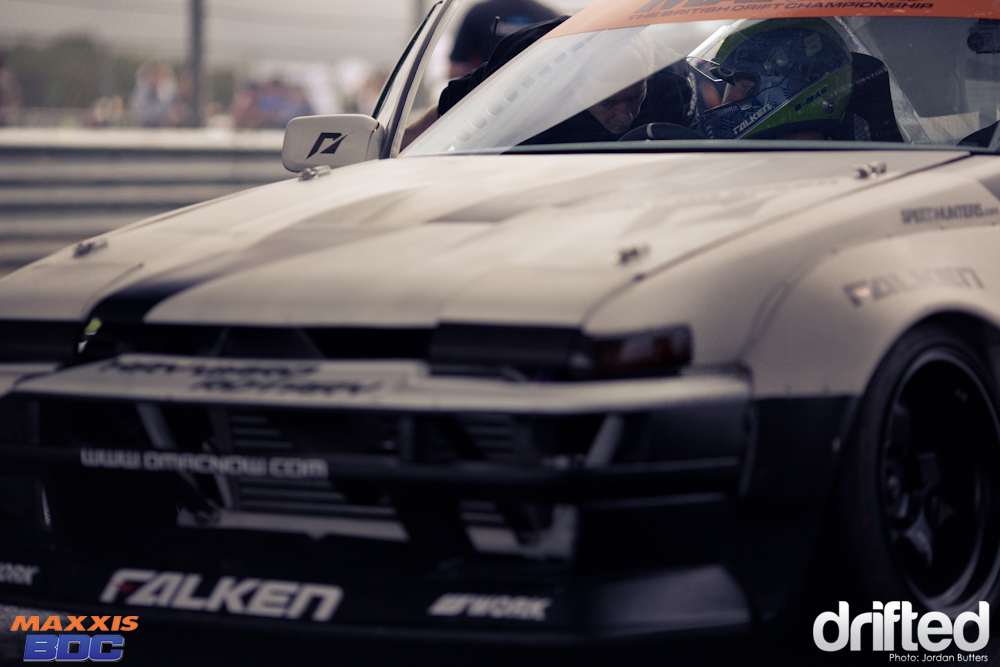 Darren would be piloting the MCN Sport/Need for Speed RE86 for the round, it’s second outing in this country, however it’s competition debut and the first time it had really been drifted in anger.

Also back in the BDC and with a point to prove alongside the BDC regulars was 2010 champion Phil Morrison in the DWS15 smoke machine.

The start line may not seem like the best place to stand at Silverstone, after all, the run up to the first corner is huge, you can’t really see much past the initiation from this vantage point.

But from here it’s what you do notice that counts, away from the smoke and speed happening at the Brooklands corner. You notice the little things.

D-Mac stares with intent down the start straight, waiting for the signal to launch.

British Drift Championship front man Mark ‘Sweeps’ Buckle invites the next drivers to the line as Mark Luney launches at the course.

And the drivers make the return journey ready for their next runs.

With practice out of the way the fans got the chance to meet the drivers in a brief signing session in one of Silverstone’s pit garages.

It gives drivers a break from the pressure of competition too and a chance to grab some time talking to fans and fellow drivers.

The fans get a nice memento of the event too, ‘Keep Drifting Liam!“.

Need for Speed had one of the neighbouring garages set up with their ‘Speed Lounge’ for fans to play the latest NFS title ‘The Run’.

These guys were hogging the game a bit though. Play fair guys. 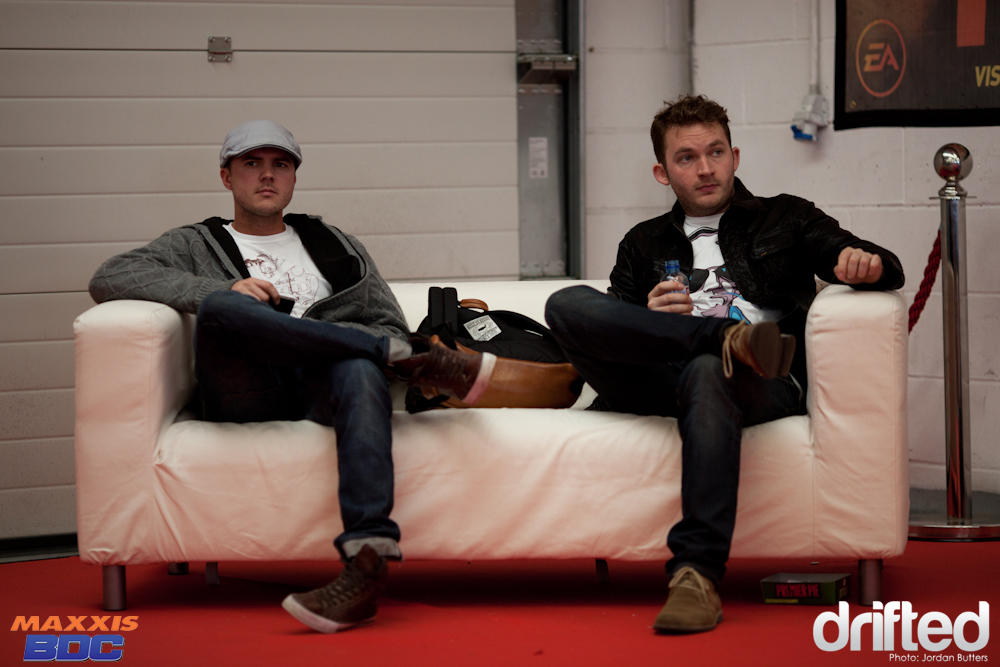 I also spotted a couple of actors from the UK soap ‘Hollyoaks‘ chilling in the Speed Lounge. They were at the event filming for a show.

Every drivers worst enemy at TRAX was the weather. Morning practice and qualifying hampered with showers and a track like an ice-rink.

As the day passed the rain clouds were moved on and we saw glimmers of hope for a smokey Finals. 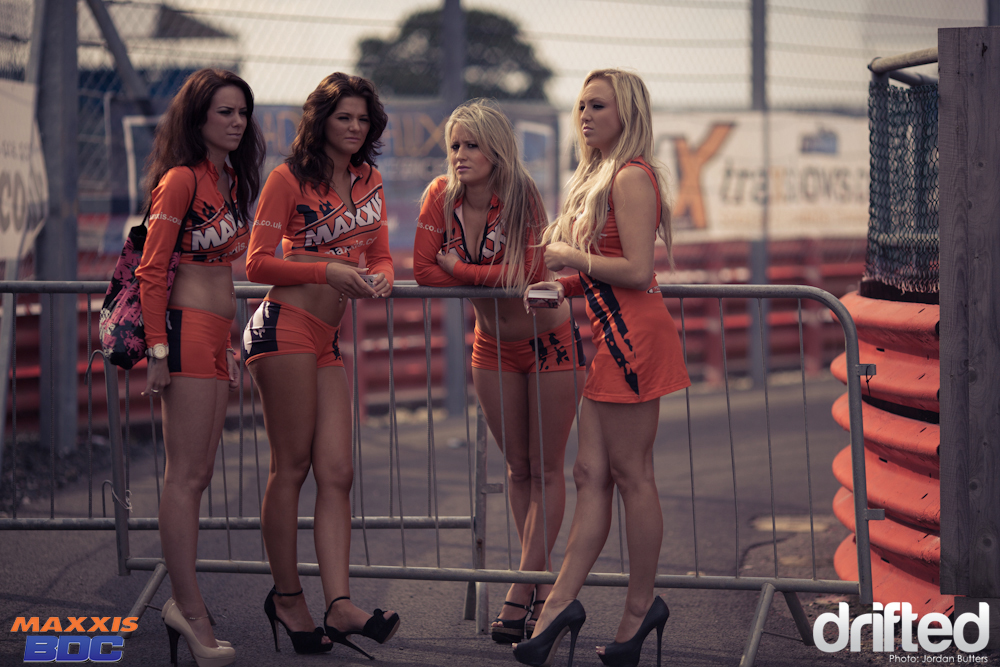 I’d imagine some attire choices weren’t ideal for the morning’s weather, it’s amazing what a difference the sun can make.

BDC Commentator Anthony Cahill summoned the great orange ball of fire in the sky and commanded it to behave.

Thankfully it agreed and the Northampton circuit basked in glorious sunshine!

The Invasion was counted as a success. Fredric taking the win over Phil Morrison in the Finals, with D-Mac finishing in 4th place after retiring from the 3rd Place Playoff due to mechnical issues.

A sunny BDC podium makes for a happy Ross.

It was pretty awesome to have such world renouned drivers on UK soil for this round. Who knows, maybe next season we’ll see this happening as a more frequent occurance, fingers crossed!