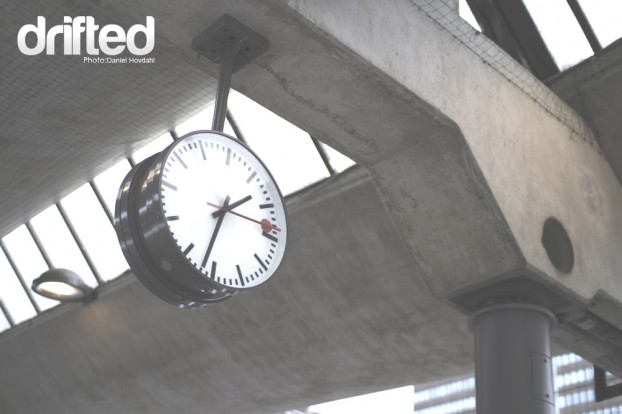 I found myself at the train station (that’s how I roll, no license yet) one nippy Sunday afternoon, trying to find the right train out of the city. The purpose of this ordeal, was to head out to two brothers building up their drift cars ready for this upcoming season. 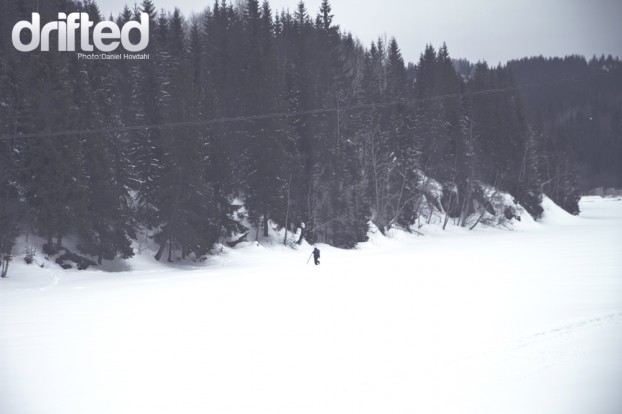 The season has already begun many places around the world. It’s less than a month until the first License Day hosted by Powerdrift, but by the looks of it now it’s gonna be cutting it quite close! 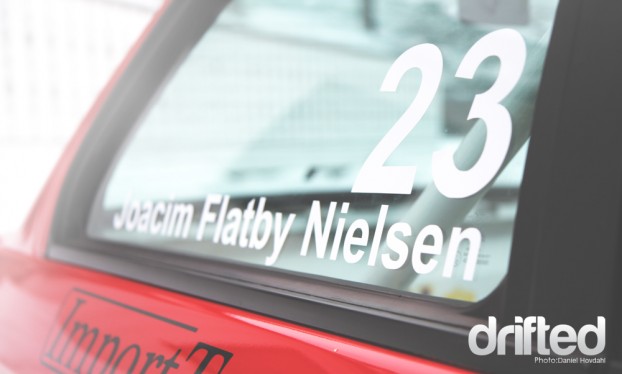 One of the two cars, a BMW E30, which I also featured last year in a video, is piloted by a chap called Joacim Flatby Nielsen. 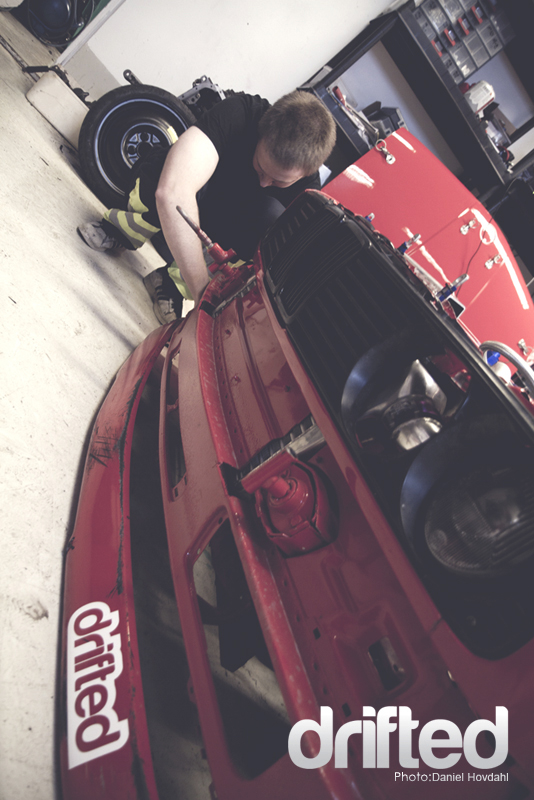 He is nearly finished with the car, that he’s built himself. Just a few hiccups to solve, a few bits and bobs to fit… 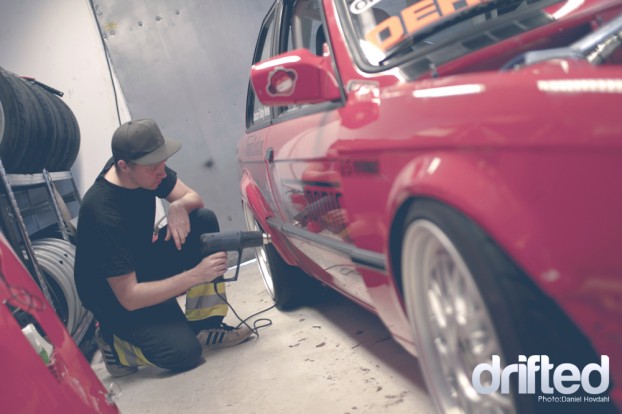 … And getting the car prepped for some new sponsor stickers. 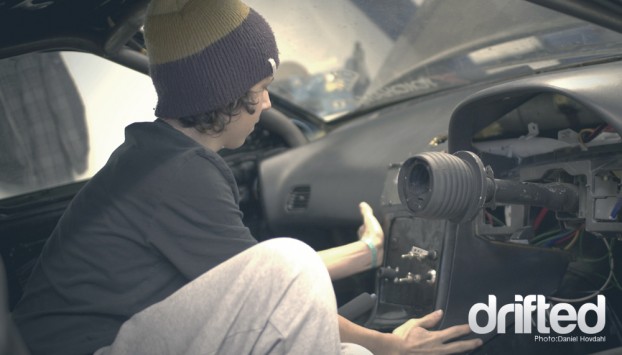 At the other side of the garage, Kristoffer was busy putting the dash back in his S13. 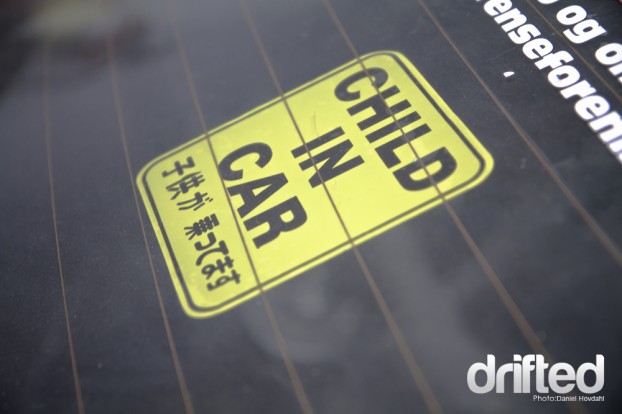 Kristoffer is only 14, going on 15 soon. Which by the new rules this year, it means he can enter in the Junior class of Powerdrift. 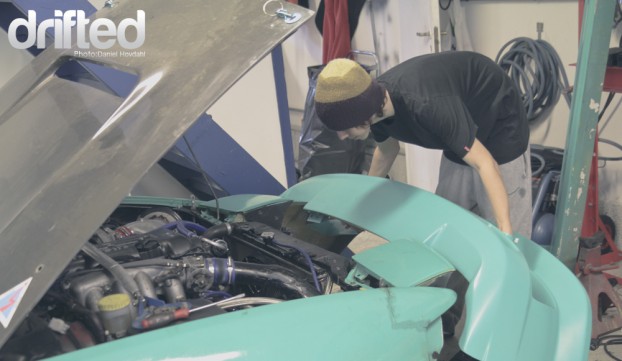 It’s gonna be great to see some new blood in the series. Maybe even I will get in a skid or two between exposures? 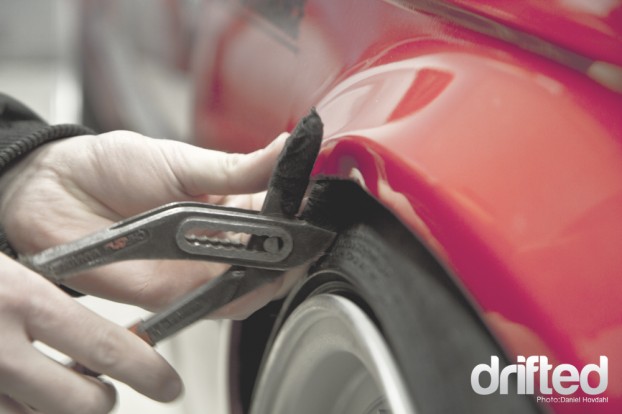 You’ll be doing this a lot this season Joacim, a lot. 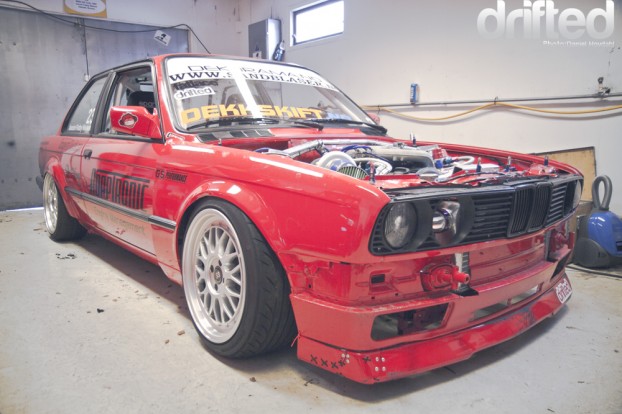 The beast in hibernation… 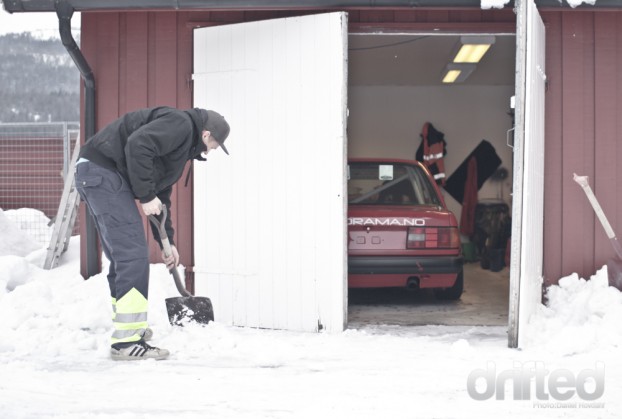 … Being dug out of its cave. 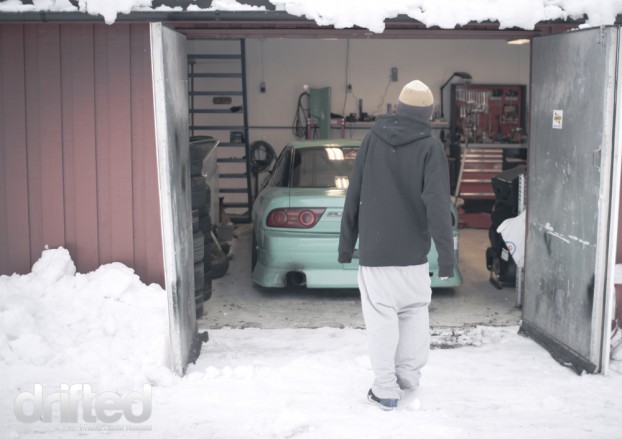 With some muscle-power, the path was cleared. 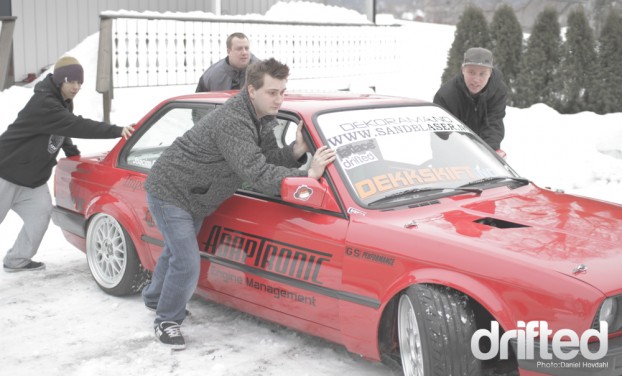 All men on deck! Rear fuel lines were missing, so it had to be pushed out of the garage. 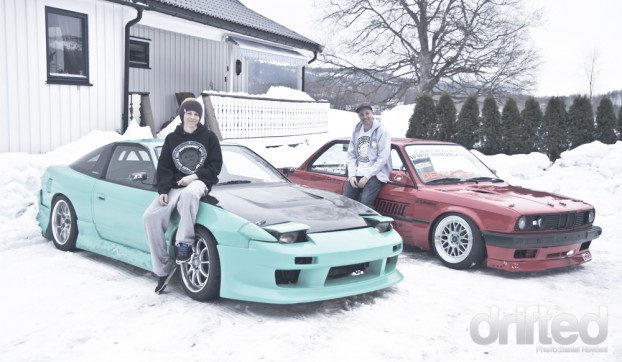 Both of them lined up, giving the standard pose for the camera! 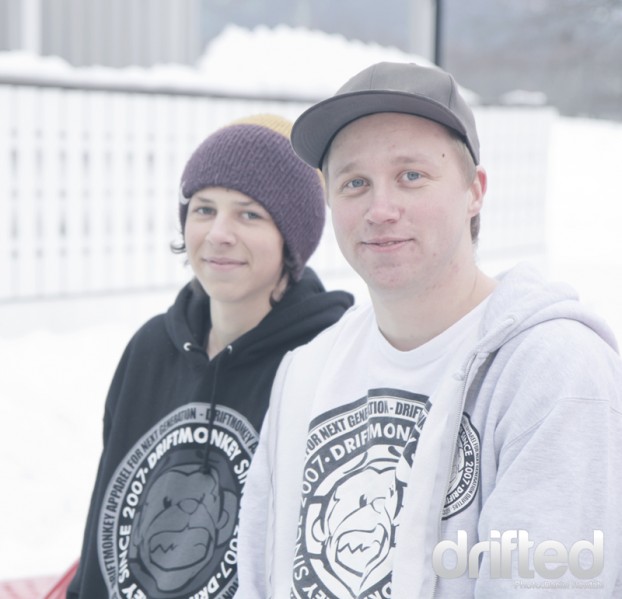 Mandatory closeup of the two. 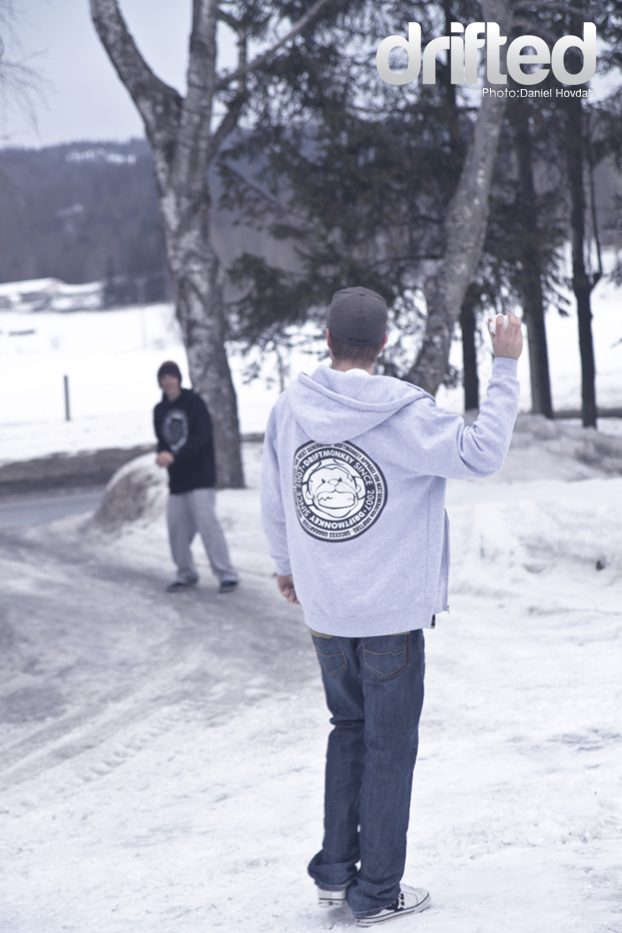 A few seconds later, a snowball fight broke out! 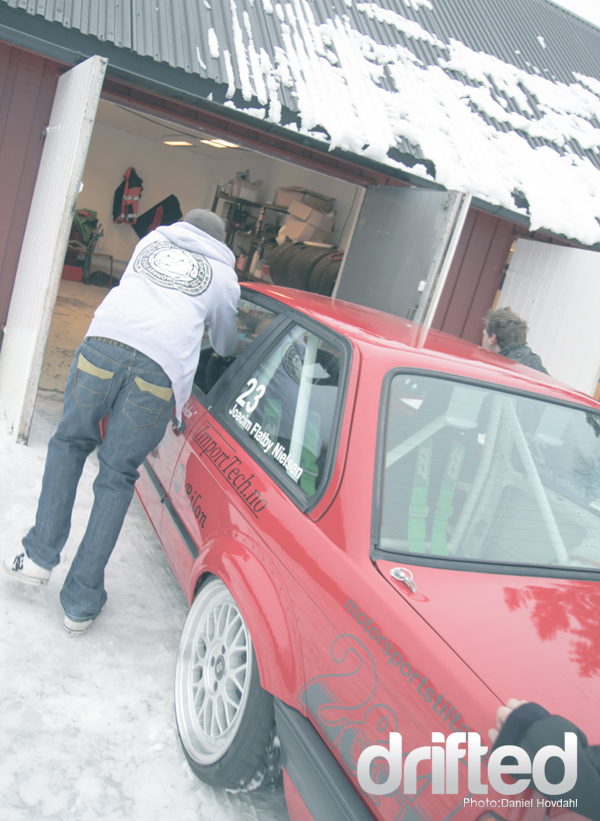 Enough fun and play, it was time to roll the cars back in the garage for the final preparations for the first License Day, the 9th-10th of April.

You’ll see a lot from these two this season. Hopefully, Joacim will bring his car to AwesomeFest for you all to feast your eyes on!