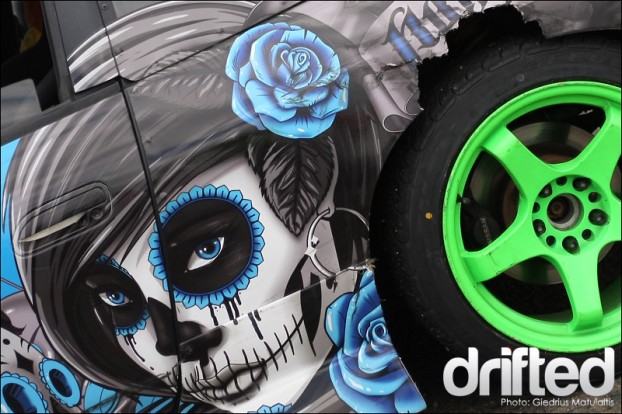 Eastern European Drifting Championship - EEDC, began it’s life in 2010 with five stages in five countries. As usual the beginning was a bit slow, but ended with the final stage in Ukraine with two drivers having equal amount of points. It was the most intense race I have had participated in 6 years of judging and participating in drifting competition.

With all that emotion and optimism still in my head I went to the thirst round of EEDC 2011 1st of May , a pretty early stage, and I knew before hand that a number of good drivers haven’t finished preparing there “smoke” machines, so was slightly worried about how the starting grid will look like… but I guess it’s the same every year. So this is how it went..

The day started at seven in a morning at the gate of active airport “Minsk1” with police and security forces checking every car and person entering airport territory, after this obstacle everything went as smoothly as silk. 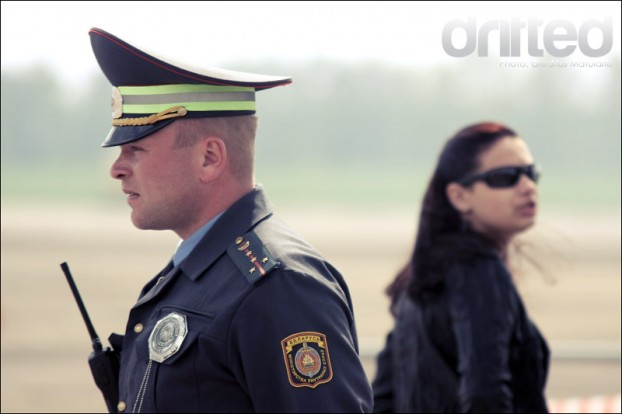 I have to admit that the economical situation and condition of Lithuanian championship, also the thoughts from RDS (Russian Drift Series) and UDF (Ukrainian Drift Federation) organizers got me worried, but it all passed by like clouds in the sky when I saw the grid of cars gathered there: 30+ participants, ex and active champions of five countries and quite a few new faces.

The same with cars: from old BMW e28 with a 3.0 liter diesel to a Subaru Impreza powered by BMW M5 V8, some where new and some reappeared from last year only after intensive steroid diet. 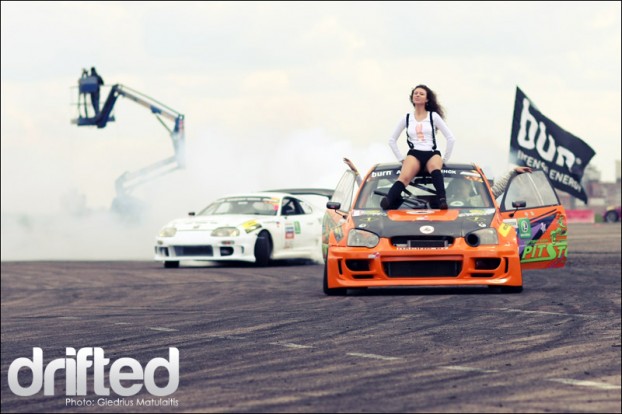 There was a guy selling Federal tires next to the pit lane and all he had in stock sold out within an hour and he had to bring twice as much to keep those tire eating demons satisfied!

Soon enough 6 hour training session started and that’s when the last bits of my doubts faded away. Every body just seemed on fire, one could tell that some of the guys where a bit “rusty” but at the end of training session it was anybody’s guess about who will take the prize… 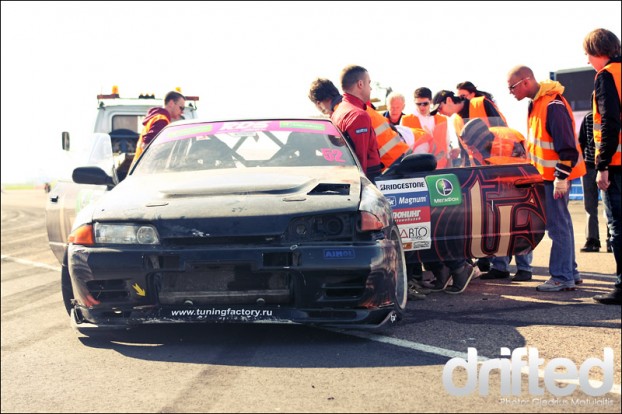 The track was kept almost the same as during last years FXOpen Drift challenge (you should remember- the one with $10000 prize for the win) - a long left hand sweeper (entry speed of the day 136km/h) following too quick transitions in to the braking zone , powering of in to short right hander through the finish. Not too complicated but fun and eye pleasing configuration. 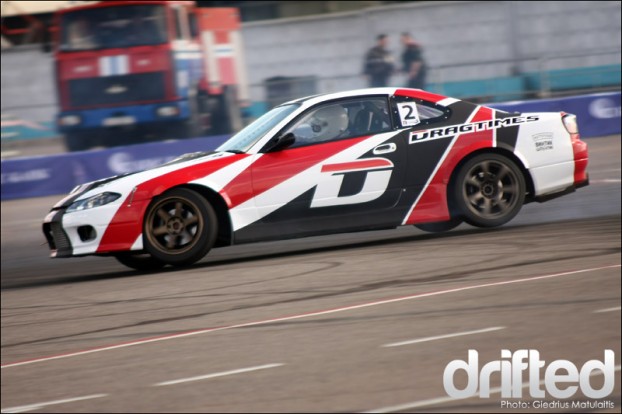 After training session one of me favorite parts of the day started- drivers parade. You should see how welcoming and active the crowds in EEDC are, it led to that all the teams try to make a mini performance to please and to congratulate their fans. And there where something between 6-7 thousand (another 14000+ where watching live stream) of them. 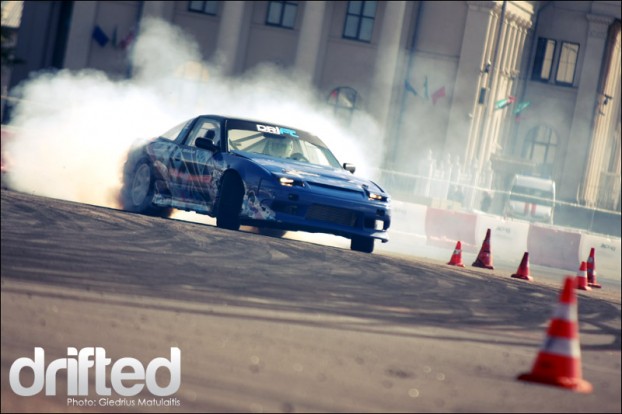 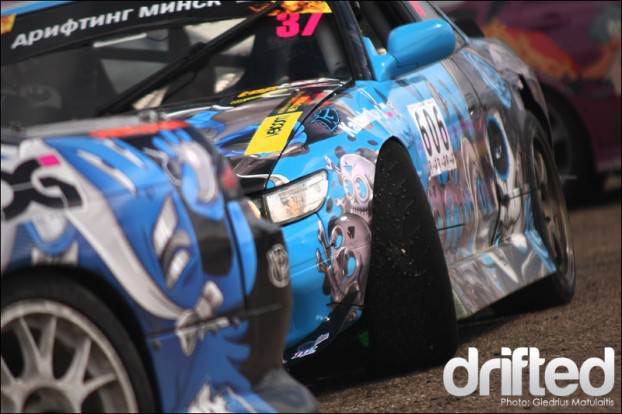 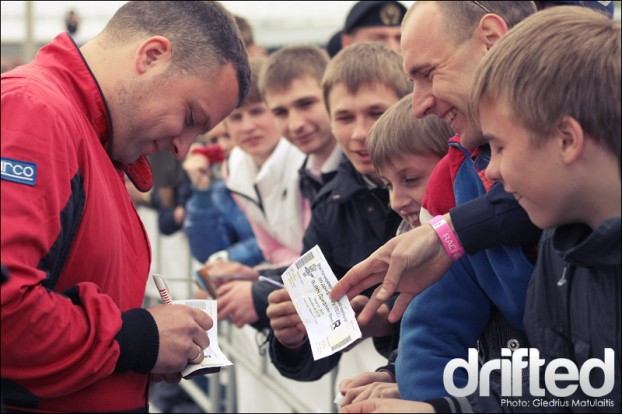 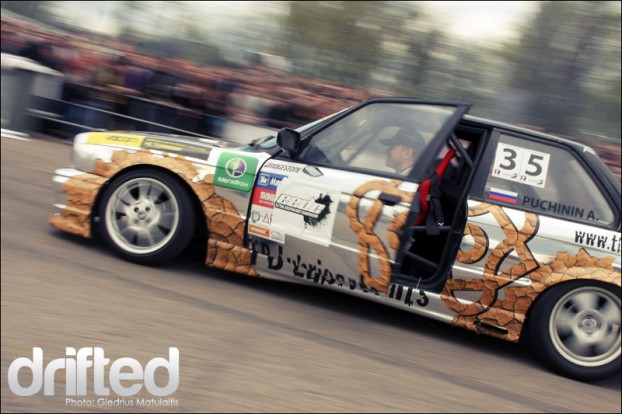 After that 29 drivers entered qualification (it is a pity that a few cars did not survived the strain of training session), Qualification pressure is always the hardest for me and it did showed how is how : 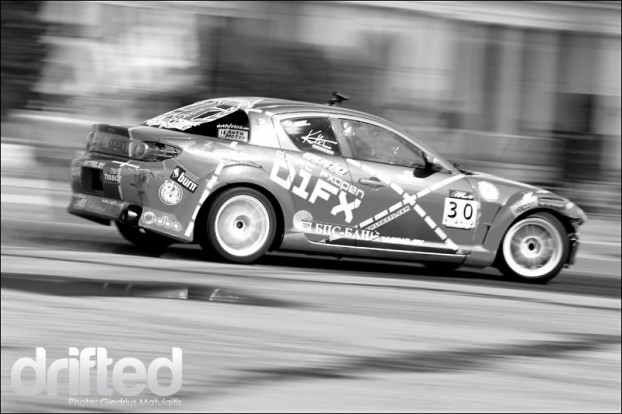 3rd - Gatis Lapans Team “LAK-Y racing” Latvia Riga, A new comer in EEDC but not to motorsport or drifting, He and his newly built BMW E30 with a E39 M5 V8 where simply unbelievably quick and aggressive (he set the record speed entering first corner).

These three where closely followed by Two RDS champions, UDF champion , and the strongest drifter in Belarus.

After a short brake, the main course of the day -Top 16 “tsuiso” battles began. There it became obvious that some freshly built or modified cars are not fully dialled in and some of the battles had surprising outcomes. Timofay Kosharny of Team Driftgarage, former RDS champ and 5th in qualification, had engine problems, Georgy Stepanian of Team Dragtimes , 2nd in RDS last year 6th in qualification, had transmission problems all day long (two drive shafts and a gearbox), Darius Balys of Team Drifter.LT tore up his clutch during his fight for the 3rd place with his closest rival Kristaps Bluss. And in the finale two white monsters came head to head , or should I say - head to tale, a guy who just barely made it to the final because of engine problems chasing him all day long  (but not in the final stage of the race) Felix ЧИТИПАХОВЯН (I don’t have a clue how to spell it in English!) of team Evil Empire from Russia with his mighty 800bhp Supra and Gatis Lapans of Team LAK-Y Racing from Latvia Riga, who looked almost unbeatable all day long, they say his e30 should have 450hp (give or take 30) and weighs under 800kg. Although Gatis had to fight for the win it was him who came out victorious and received a $2000 prize fund. Lady Luck was on his side on this cold yet sunny day! 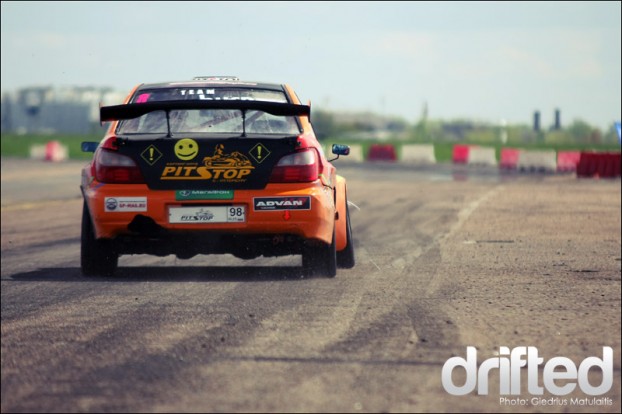 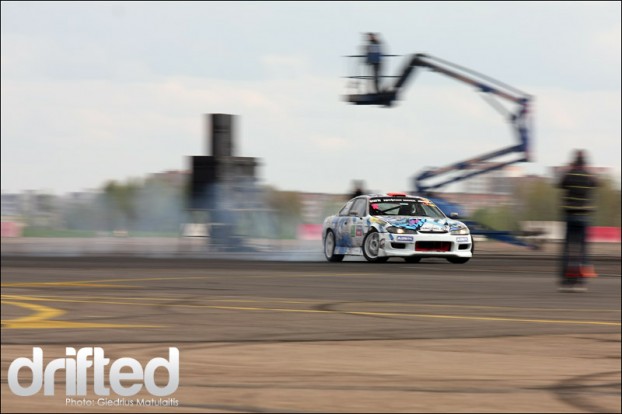 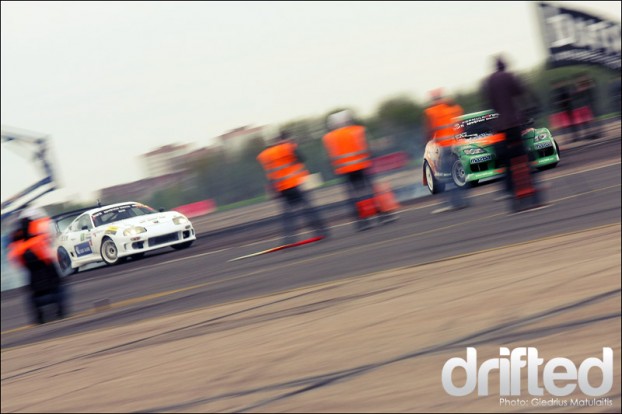 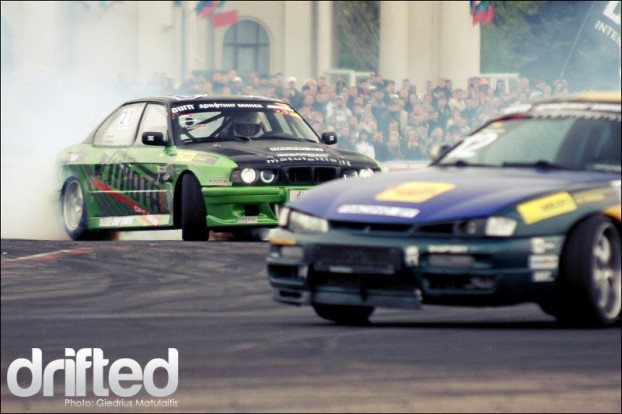 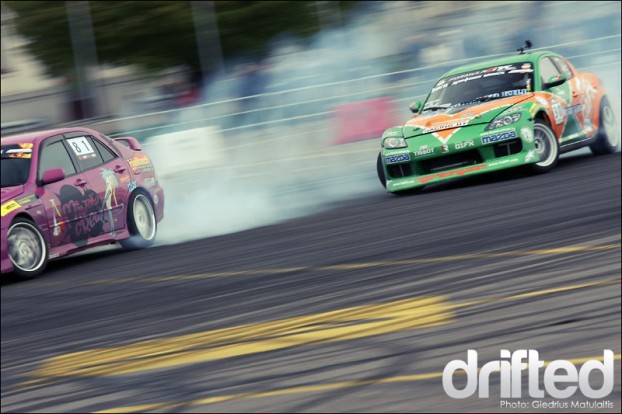 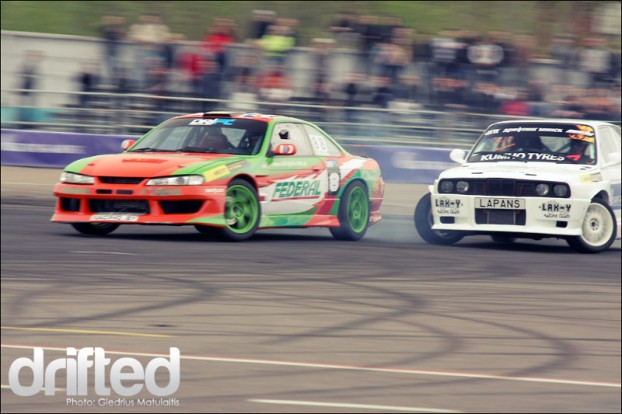 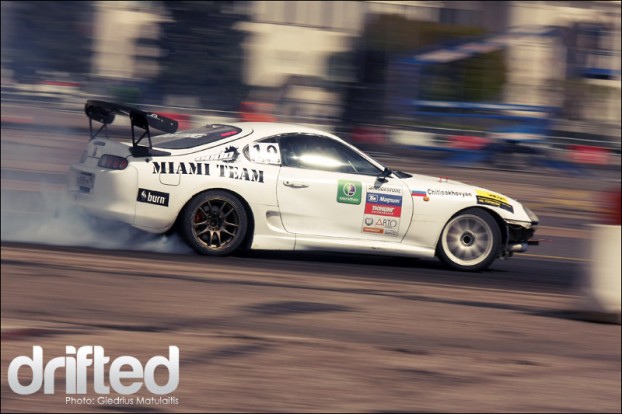 The race is on, 4 more stages in EEDC2011 to go , next battle at Bikernieki race track Riga, one of the fastest and dangerous tracks in this side of the world  (140-150 km/h in to a blind right hander down the hill with the concrete wall 4m away outside the track!). 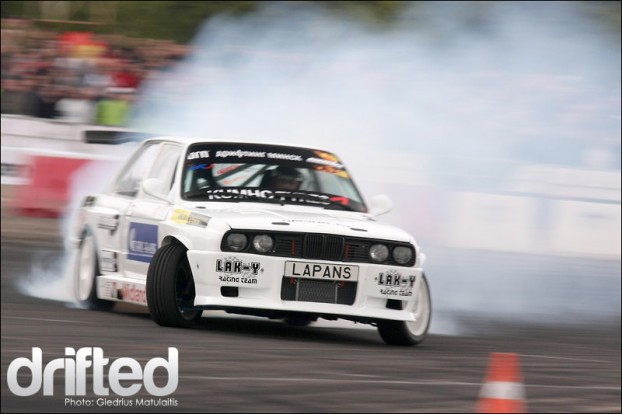