EVENT: On the line at Formula Drift ATL 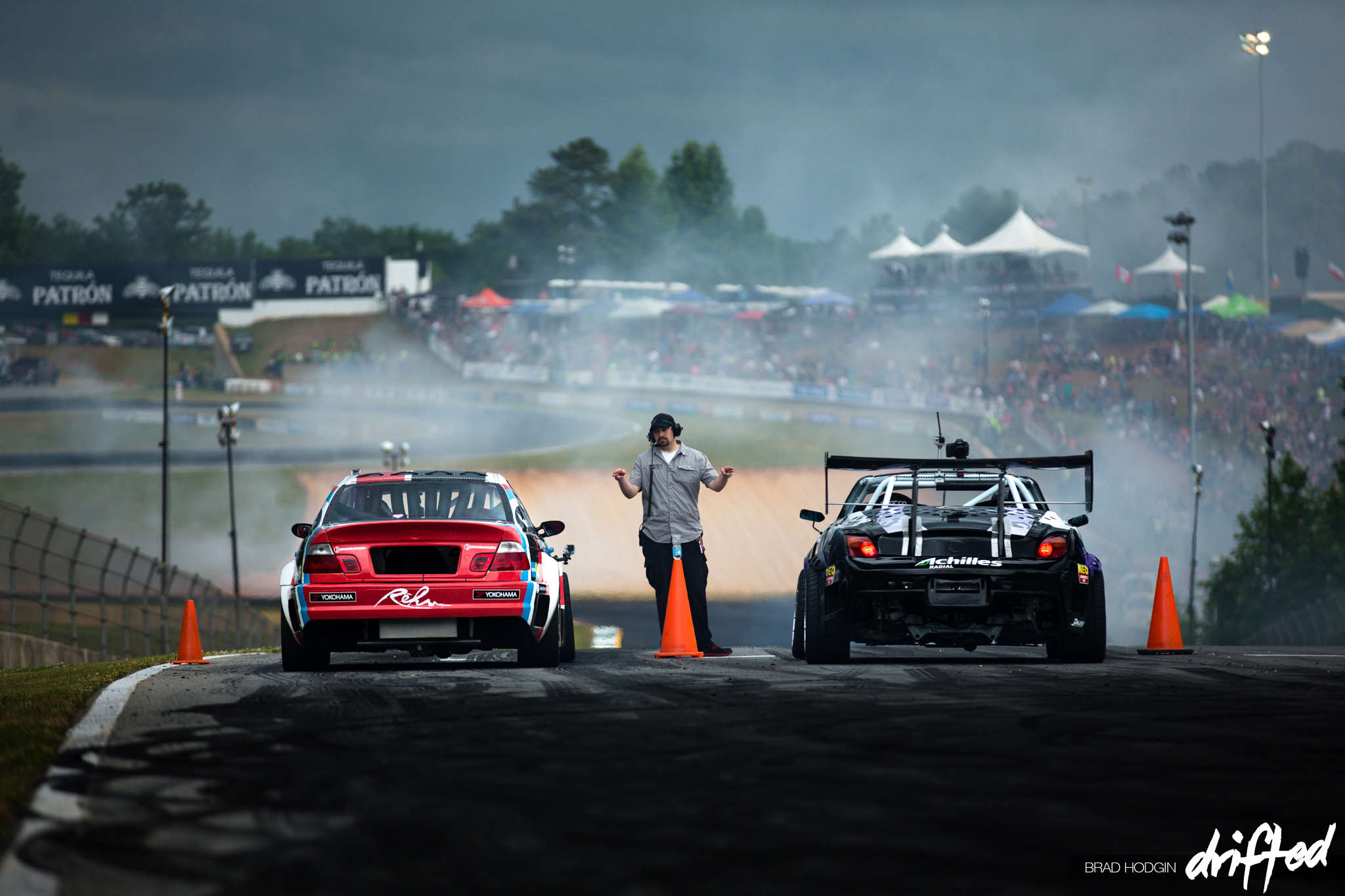 The startline is one of the most intense places at Formula Drift Road Atlanta. To put it subtly, it’s crazy. Teams working on cars, drivers doing burnouts, and then there’s the actual line. 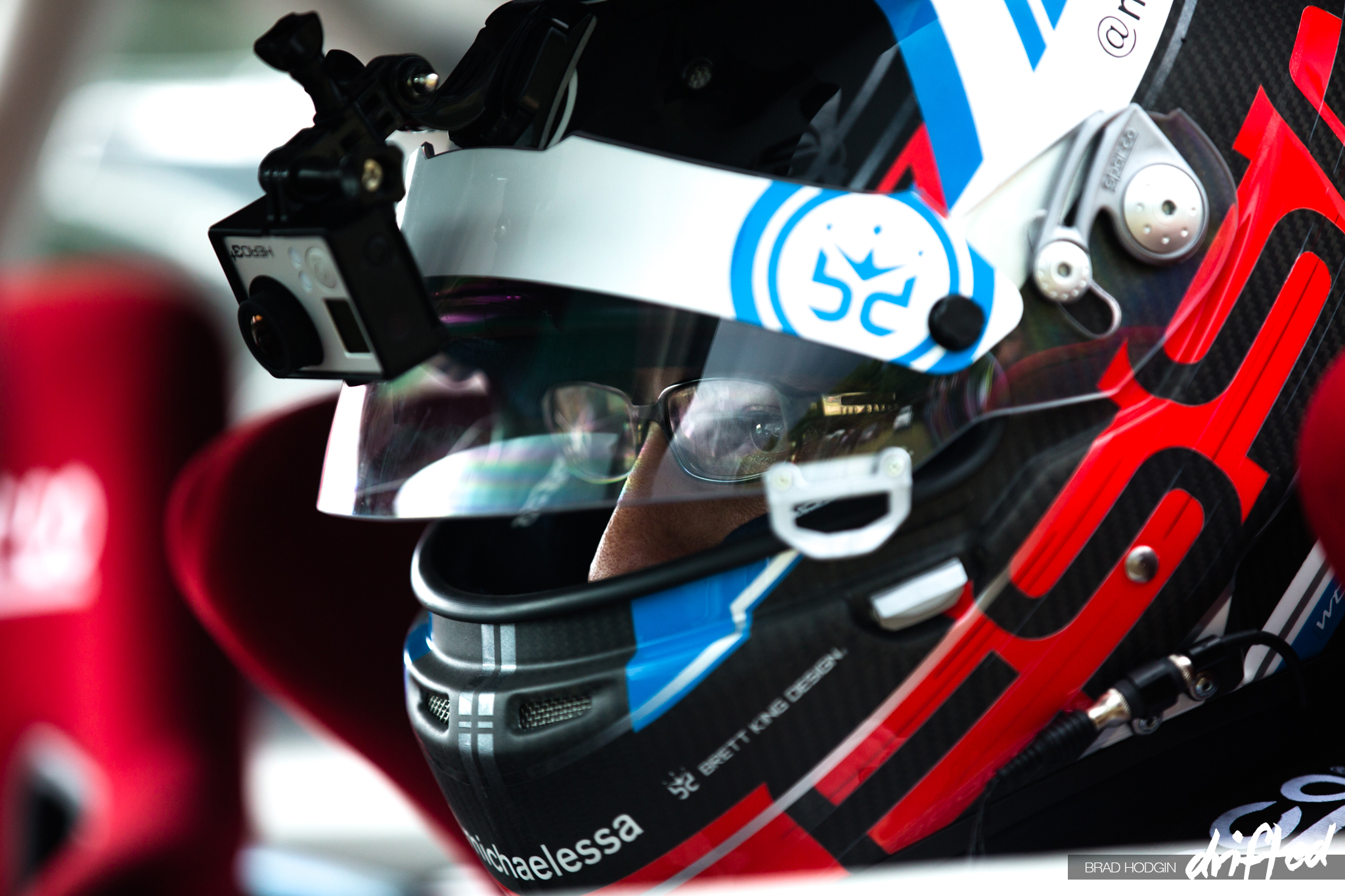 In addition to all of the action, the drivers are under a lot of mental pressure while they’re waiting for the lights to go out. 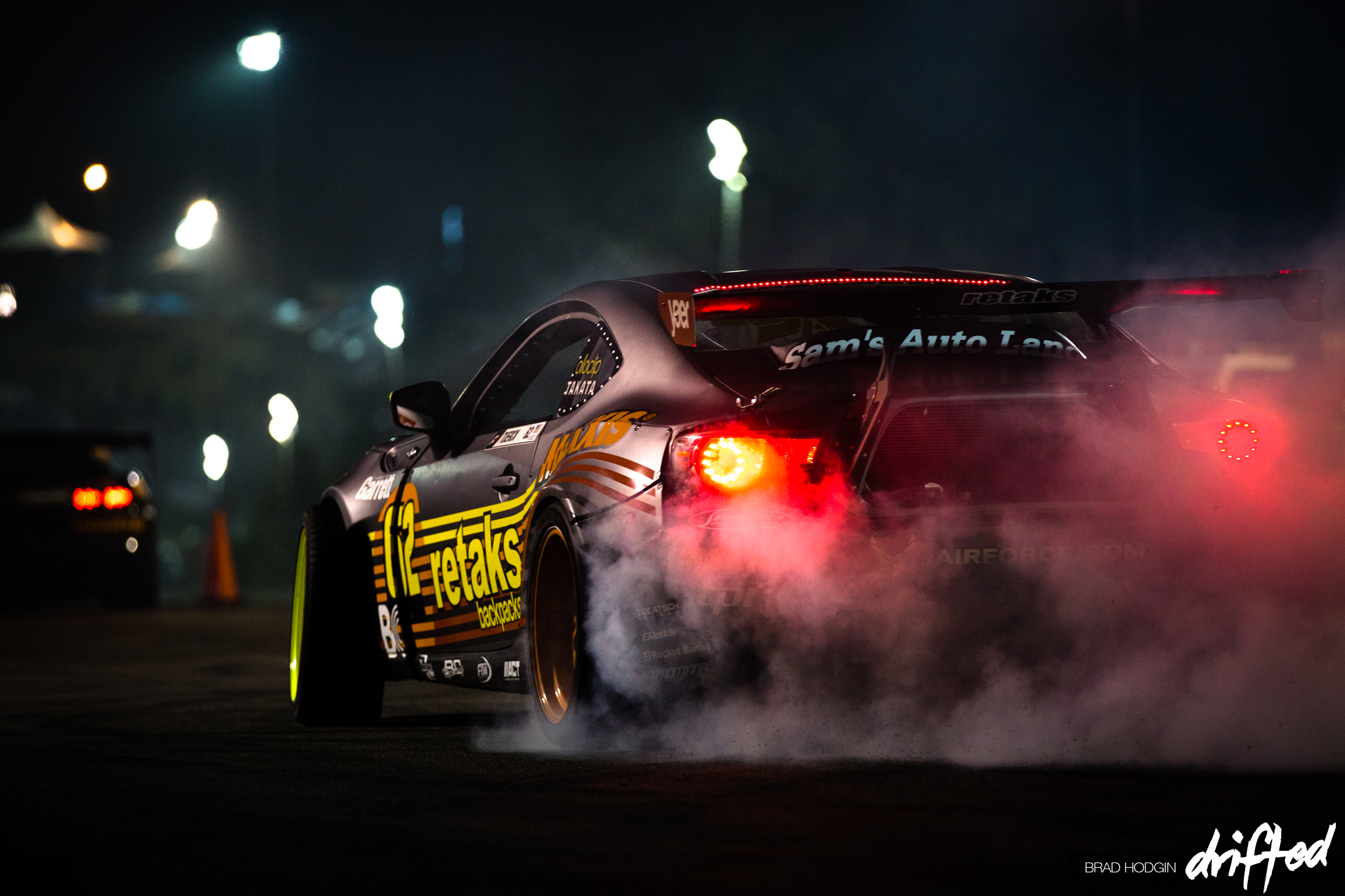 They’re preparing physically and mentally to hopefully beat the guy next to them.

It makes you wonder how much the little things that happen in the heads of the drivers up here can affect what happens on track. Could a bit of high nerves at the start line cause a driver to go off course and lose a battle?

Or could a perfectly balanced mental state set the tone for a perfect run? 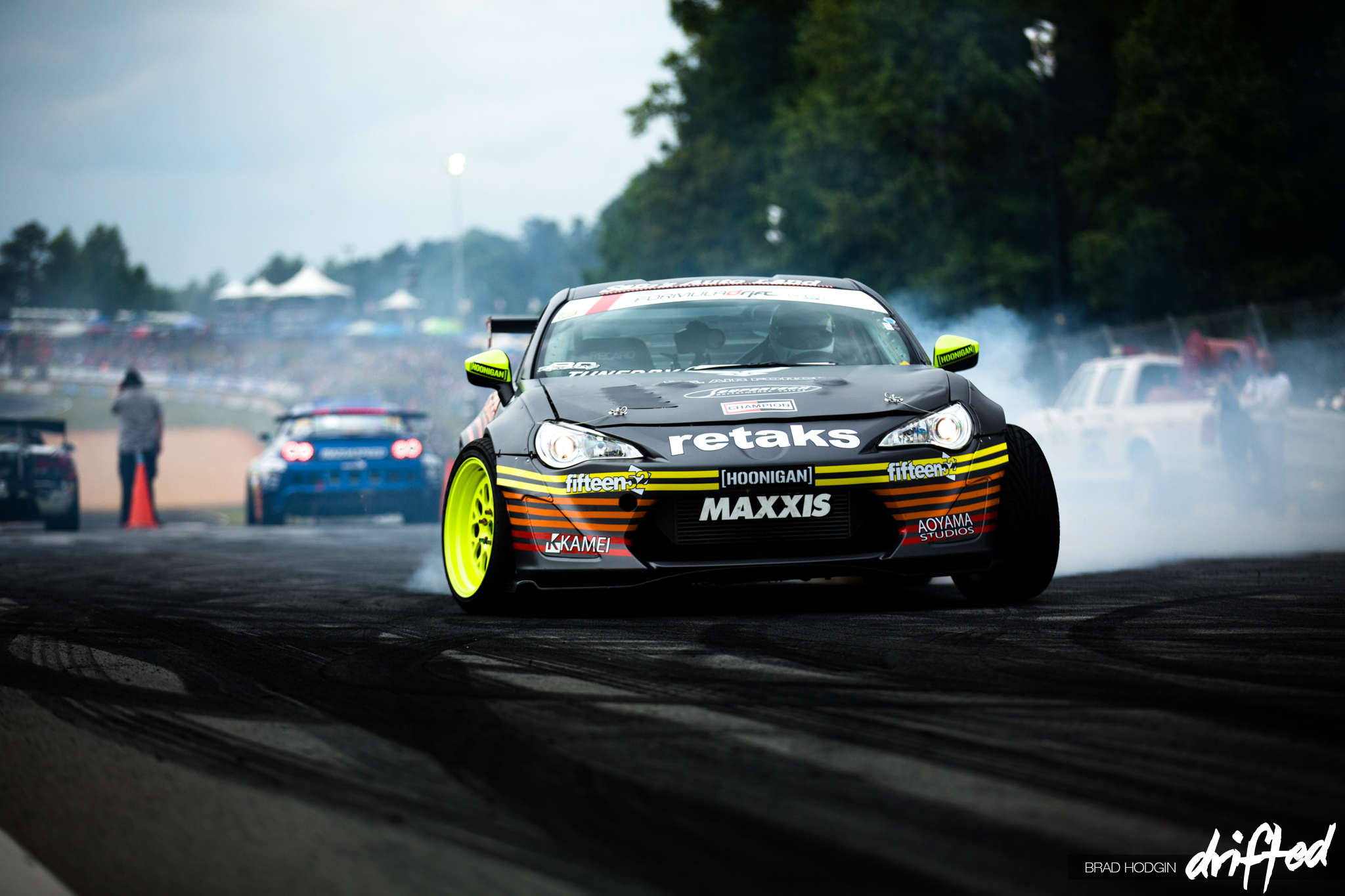 Before pulling to the line, every driver warms up the tires by shredding them to pieces, but each driver does it differently. Ryan Tuerck likes to do donuts. 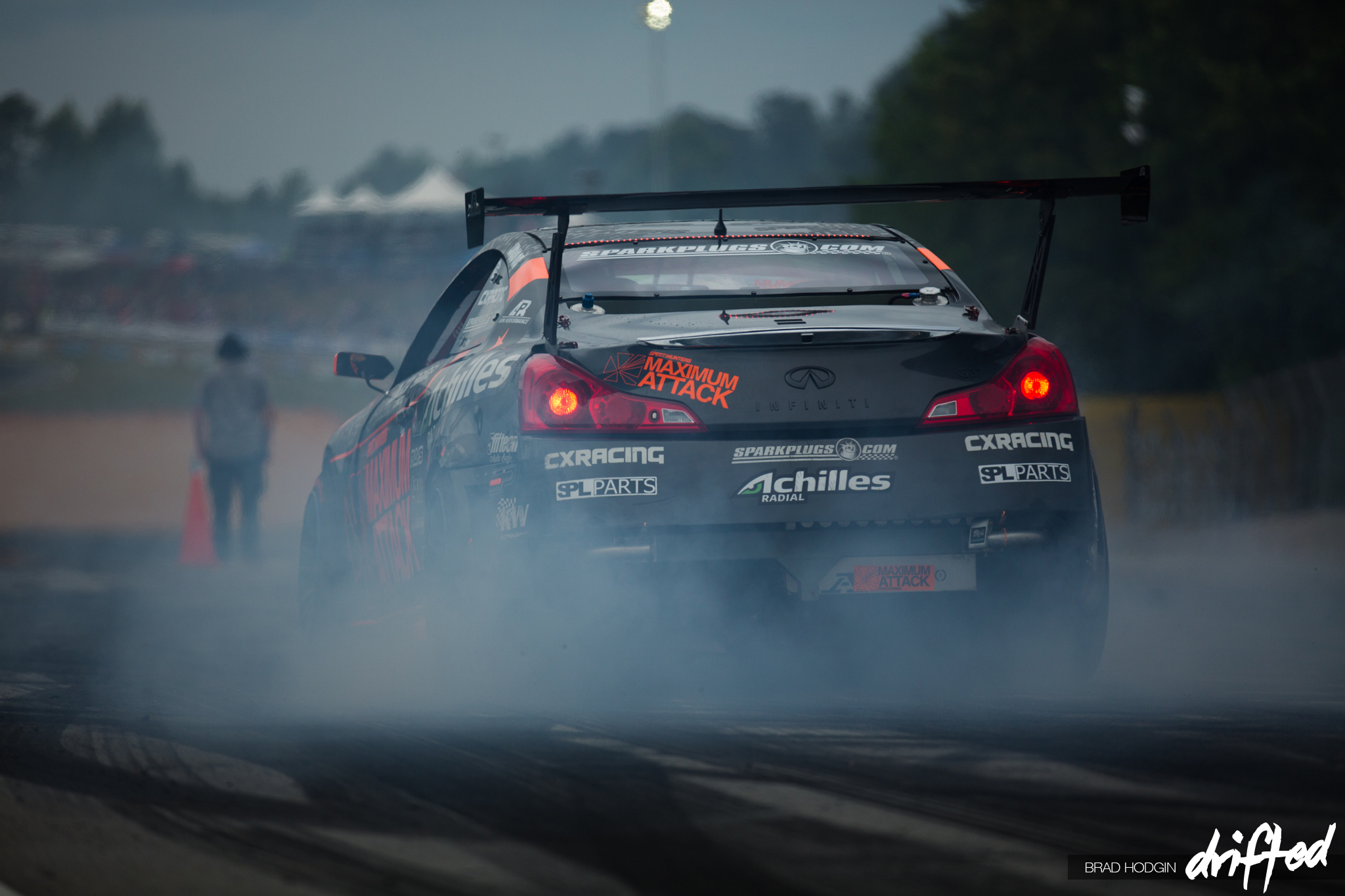 Charles Ng likes to do a burnout. 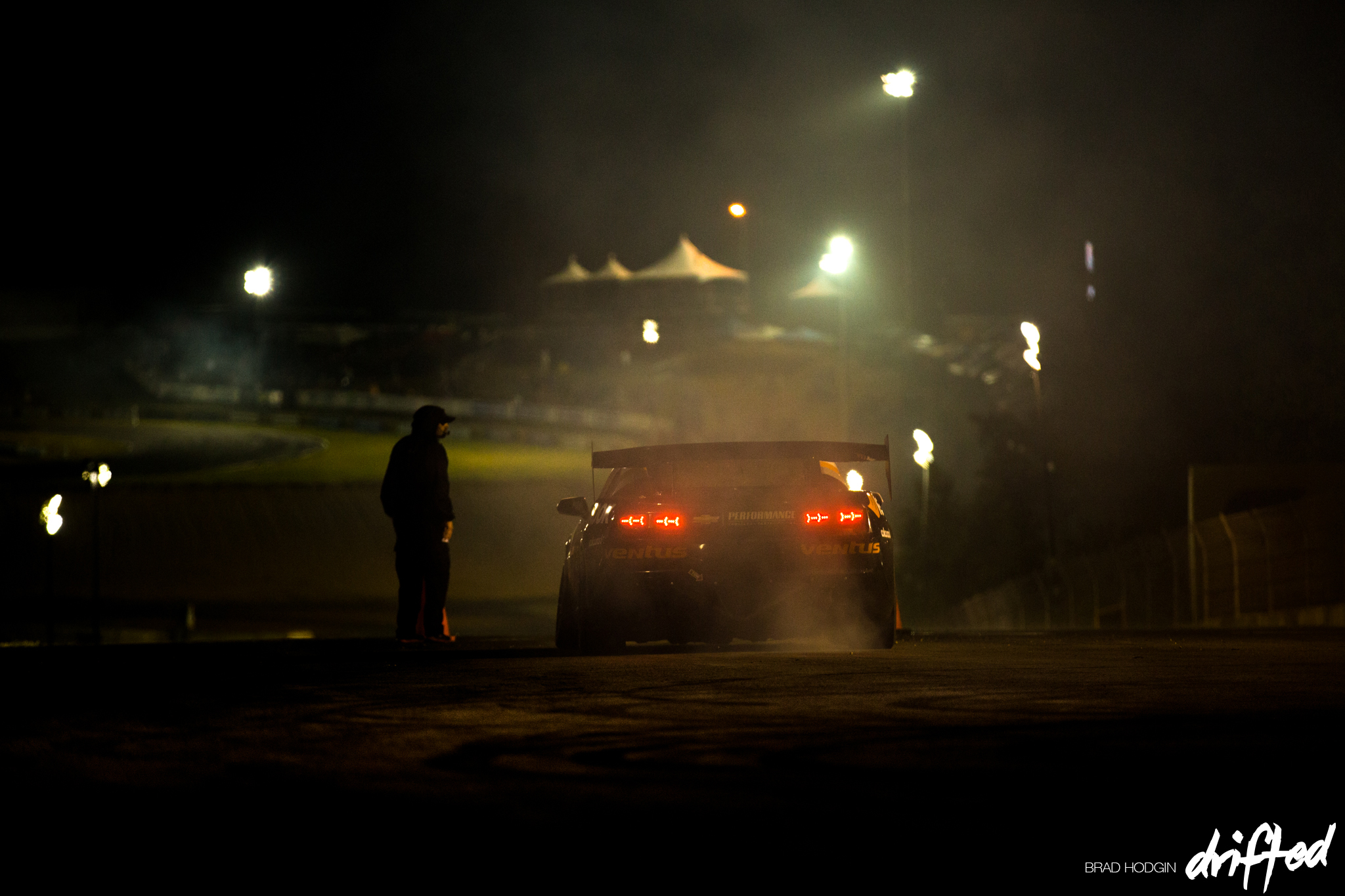 Once they’re done warming up the tires, they pull to the line and wait to be let loose. 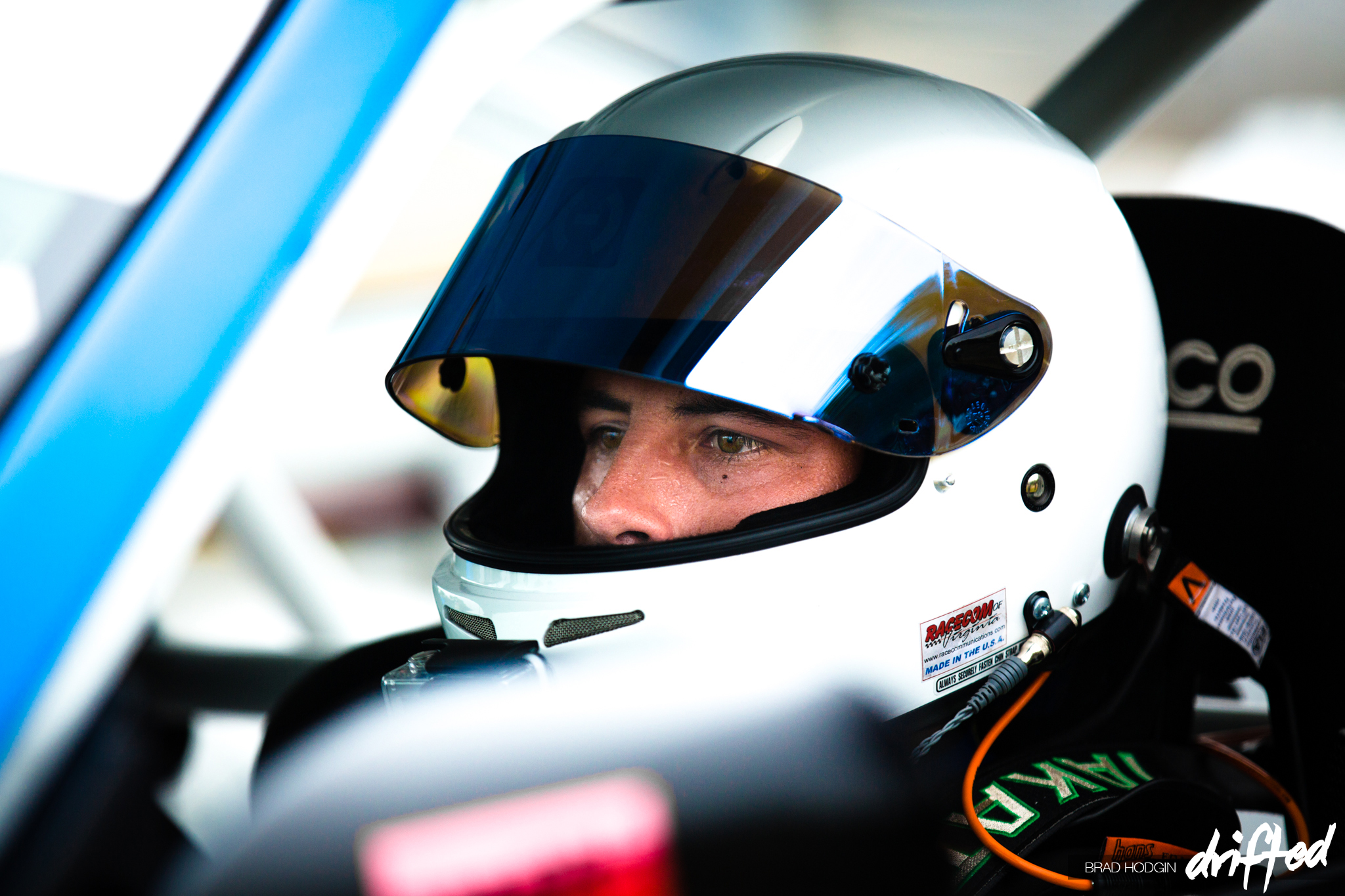 This, I imagine, is the most mentally intense part of the whole run: sitting at the line next next to the guy you’re trying to beat, hoping to put down an awesome run but never knowing exactly what will happen. 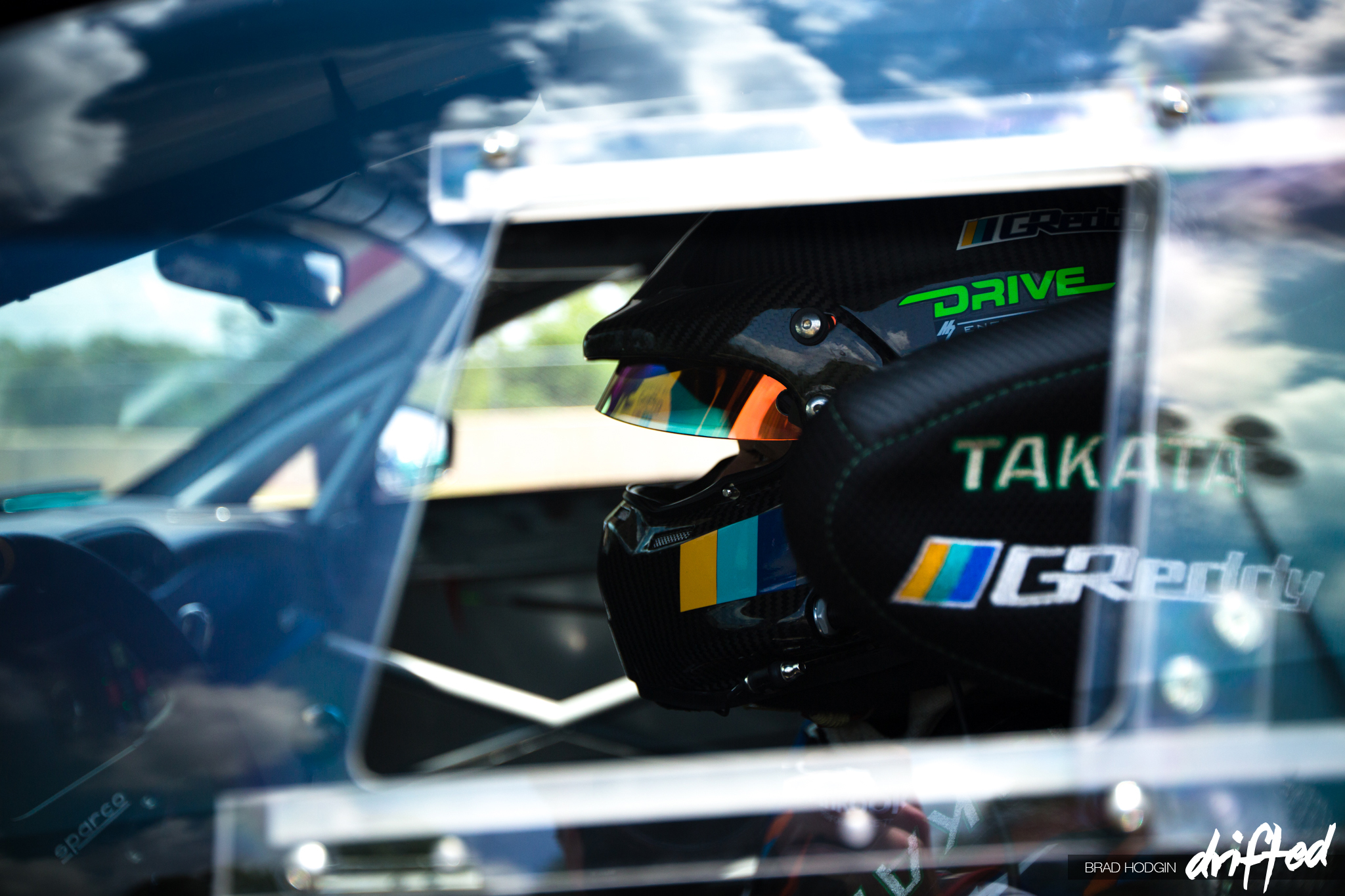 Once the lights go out, they let it rip. 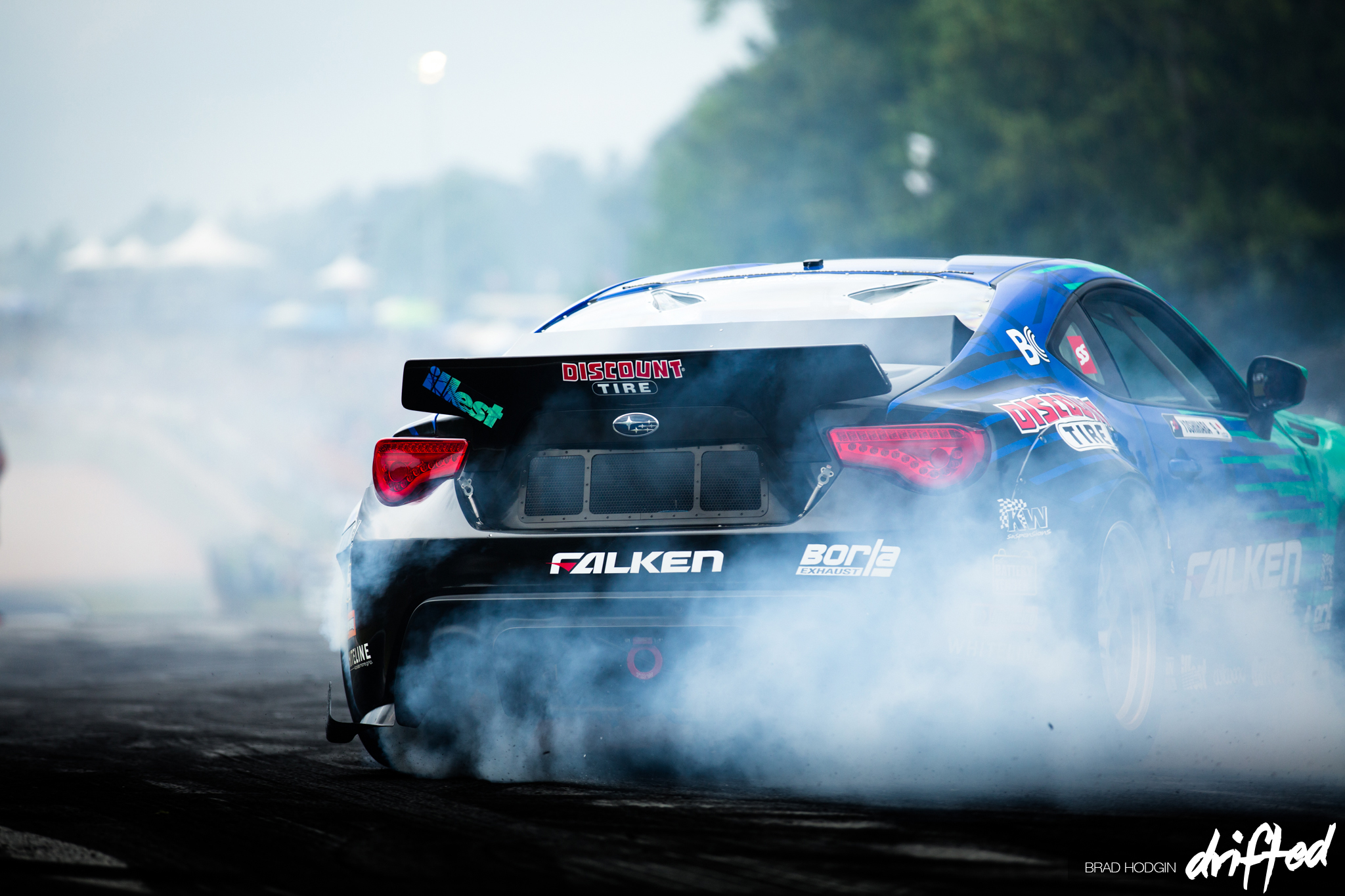 Since there is so much going on up here, everyone has to stay very aware at all times. No one wants to get hit by a 1000hp BRZ!

Besides all of the intense things going on, the start line is actually pretty fun; the drivers have a good time up here. 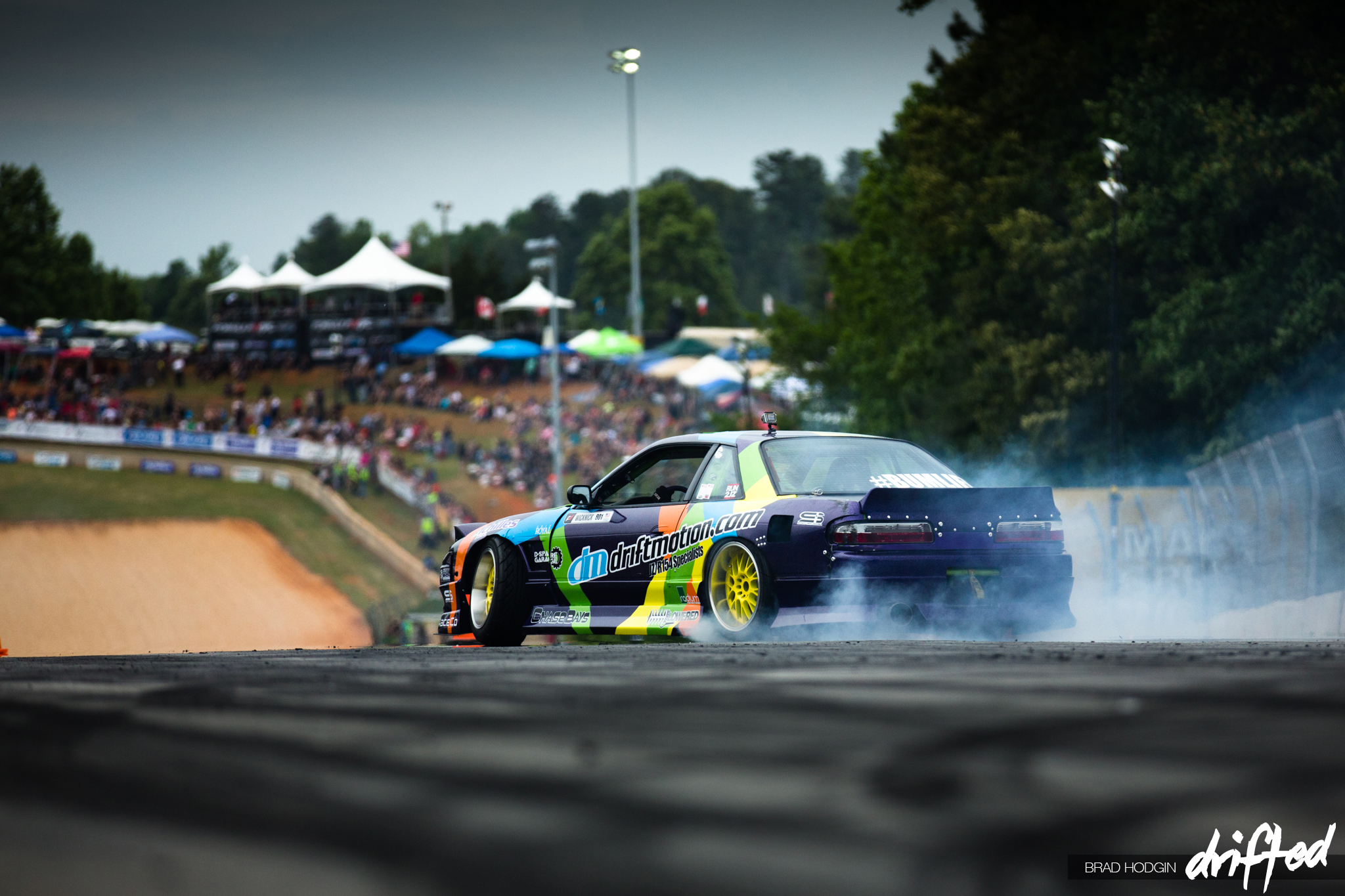 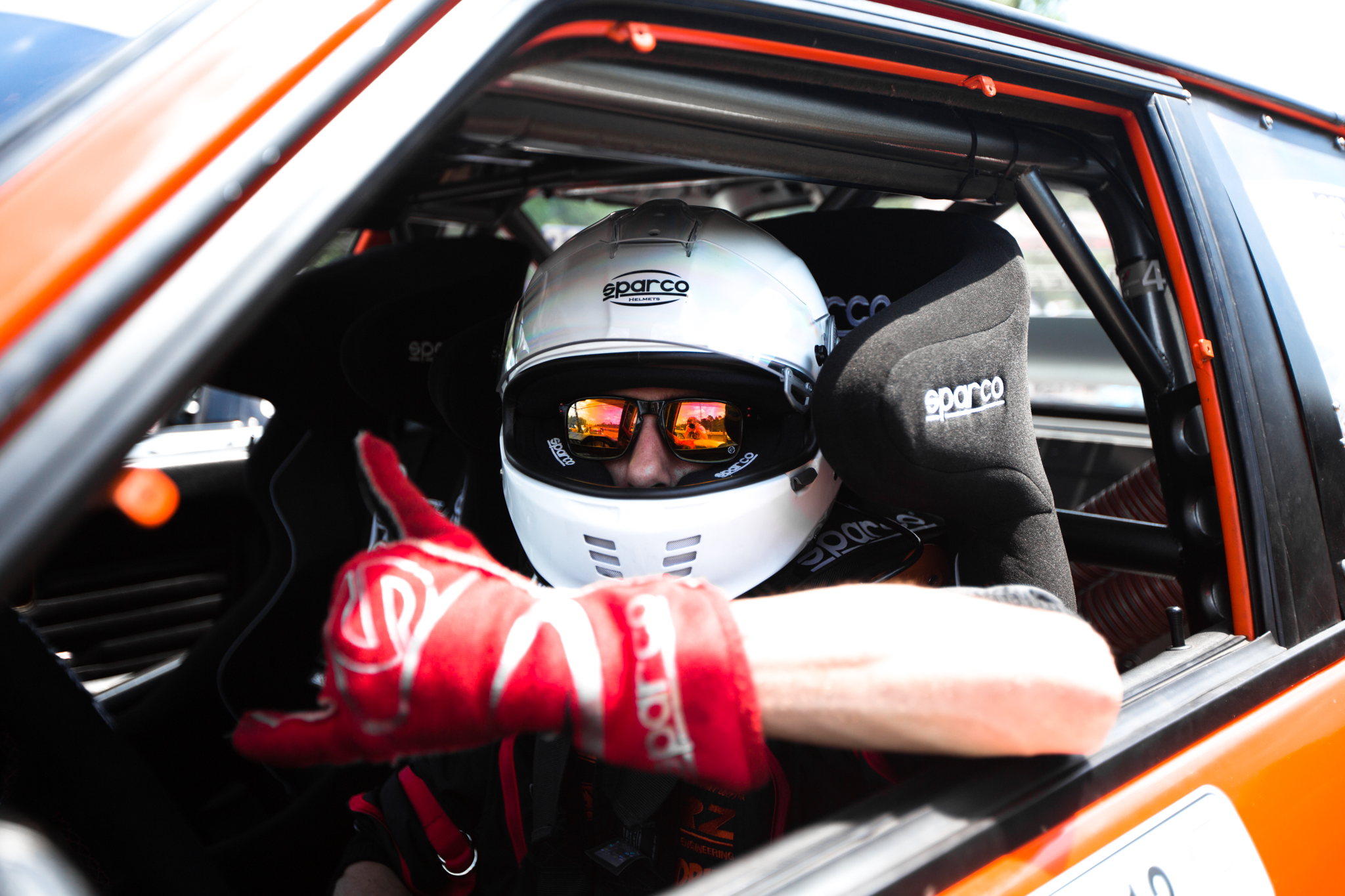 Here’s Andy Hately in his orange BMW as happy as he can be! 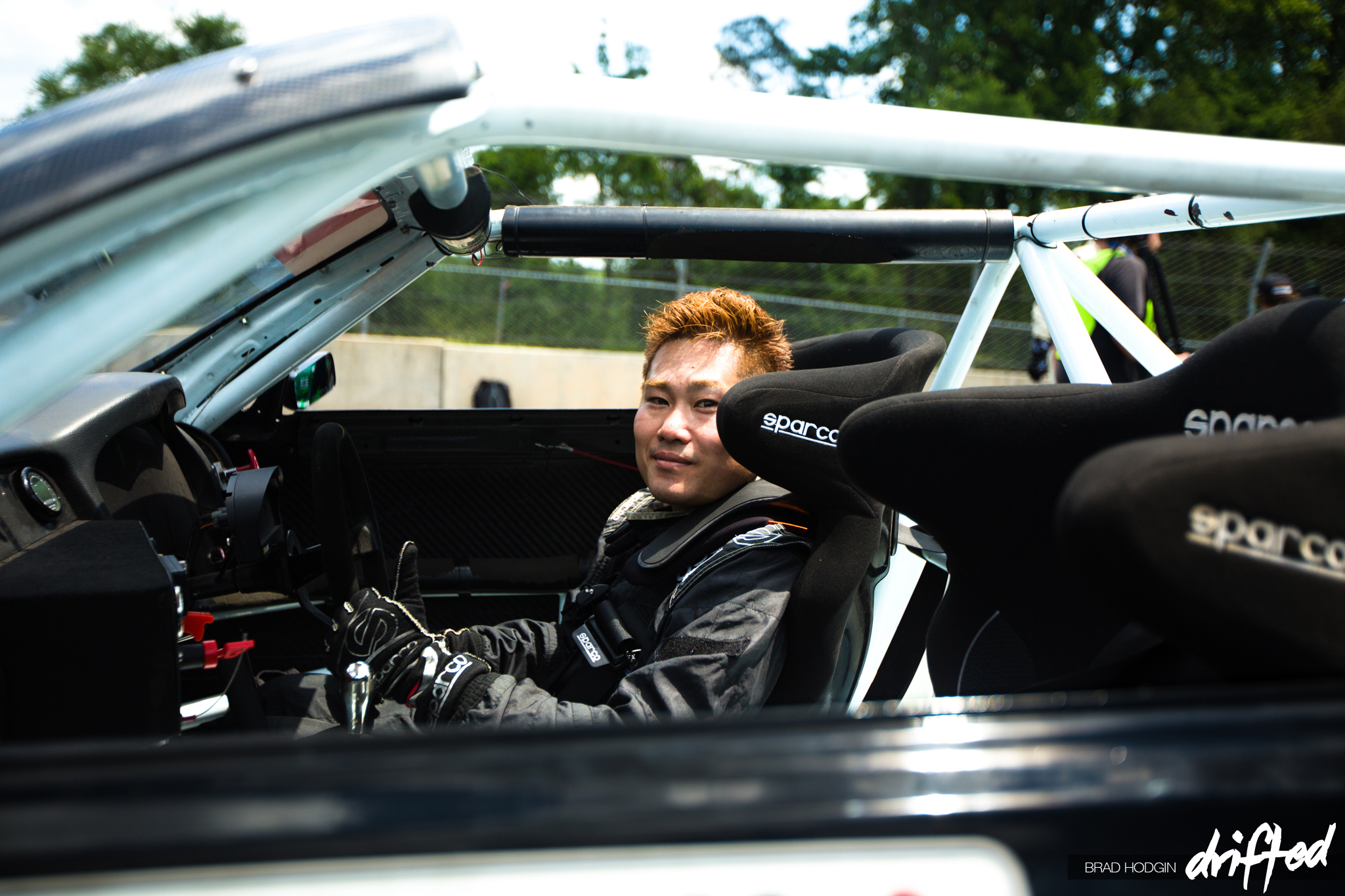 Sometimes I feel guilty being a media guy; I have a pass to get as close to the drivers and cars as I want to but I don’t always get to fully enjoy it because I’m looking through my viewfinder. I have all the access that any fan ever wanted but I don’t get to take full advantage of it.

Nonetheless, its cool to get up close and see the emotion on the drivers faces before they head into battle. 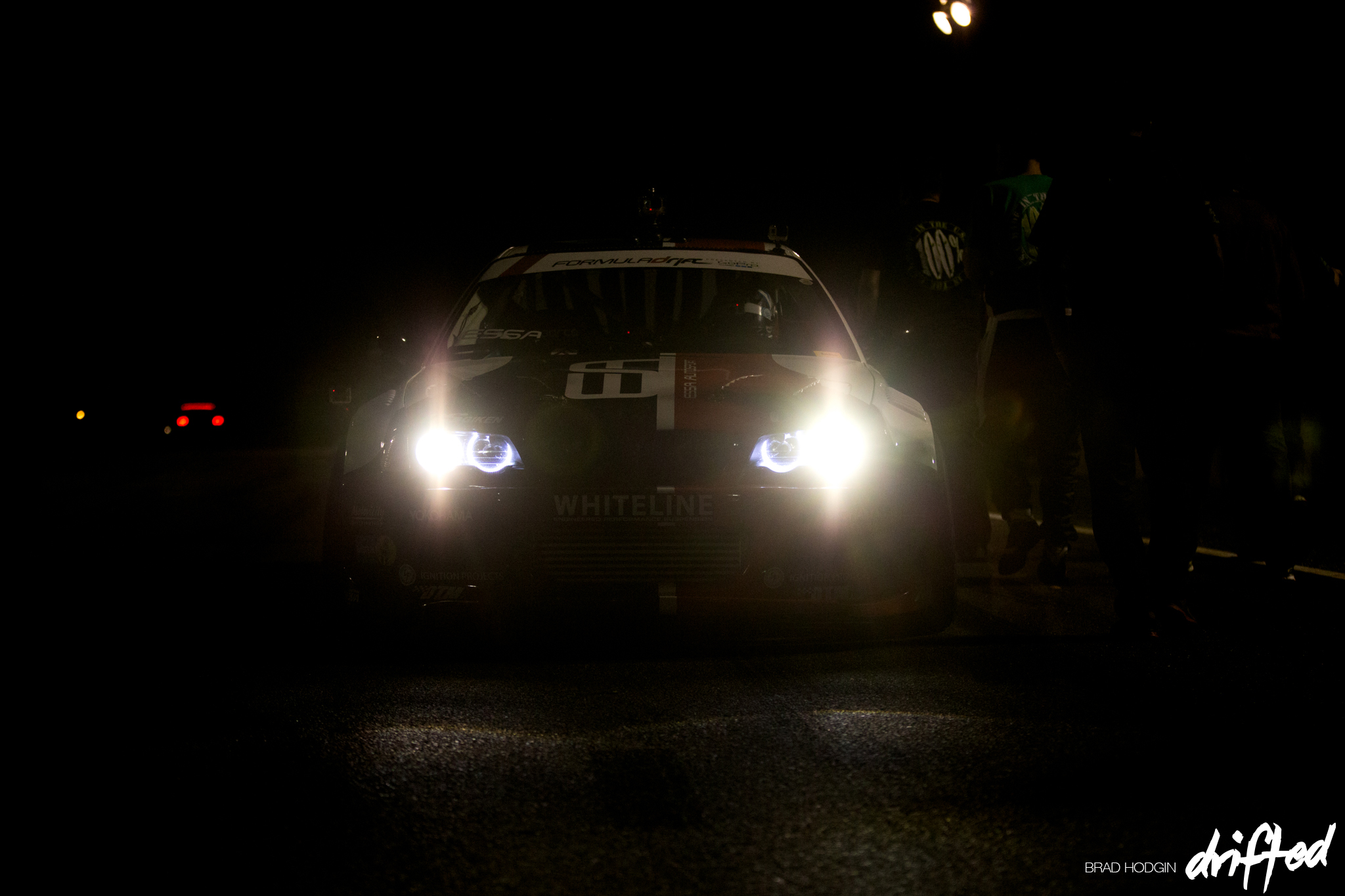 As the event weekend moves from practice, to qualifying, to competition, the mood at the top of the track is heightened. 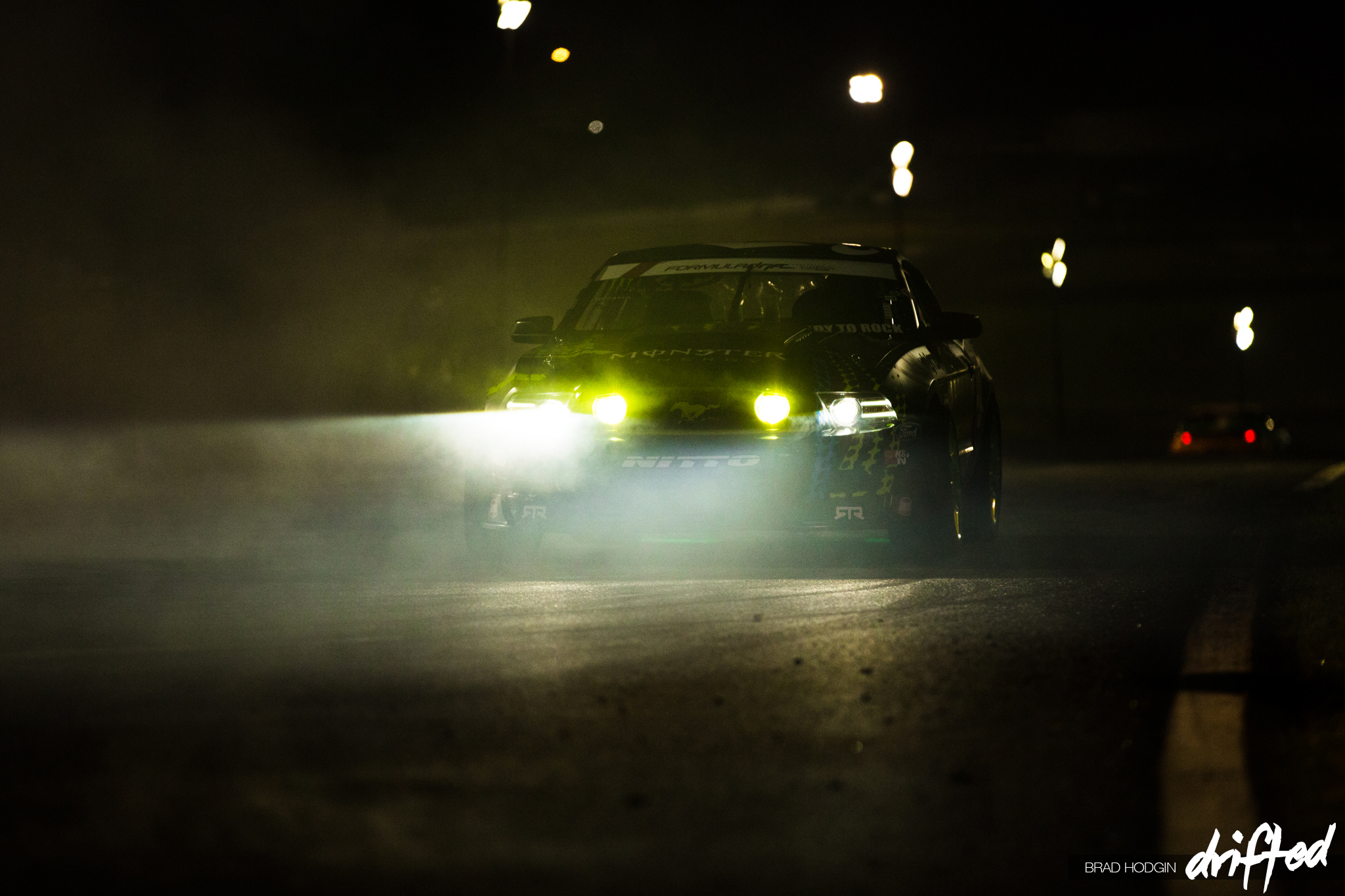 The instant a driver comes back in, another goes out in boisterous fashion.

At one point during practice on Friday, the Georgia rain gods opened up, but the drivers didn’t hesitate for a second.

But, of course, there was some carnage. 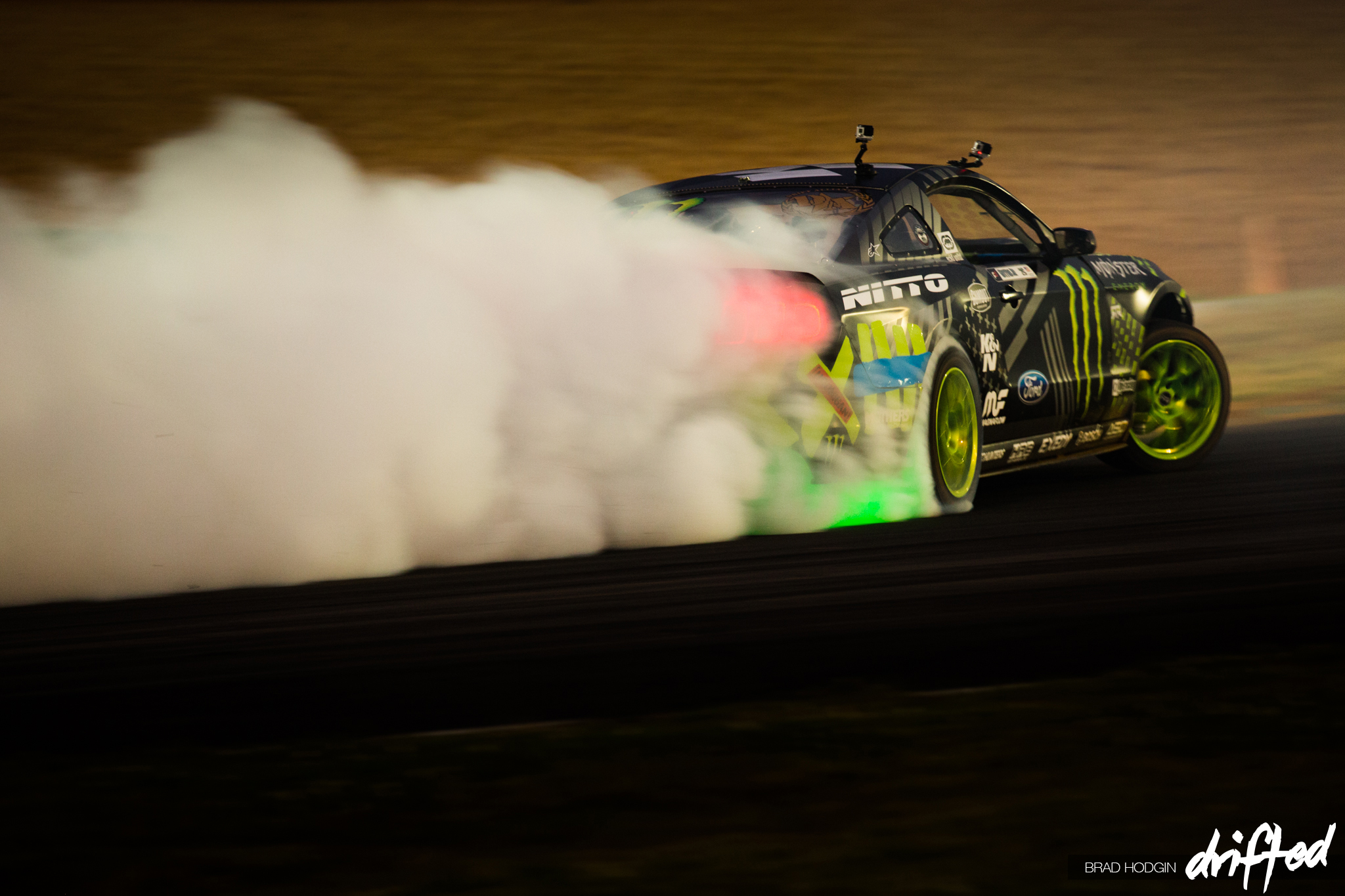 The track workers quickly towed out any cars that were off course, and the action immediately resumed. 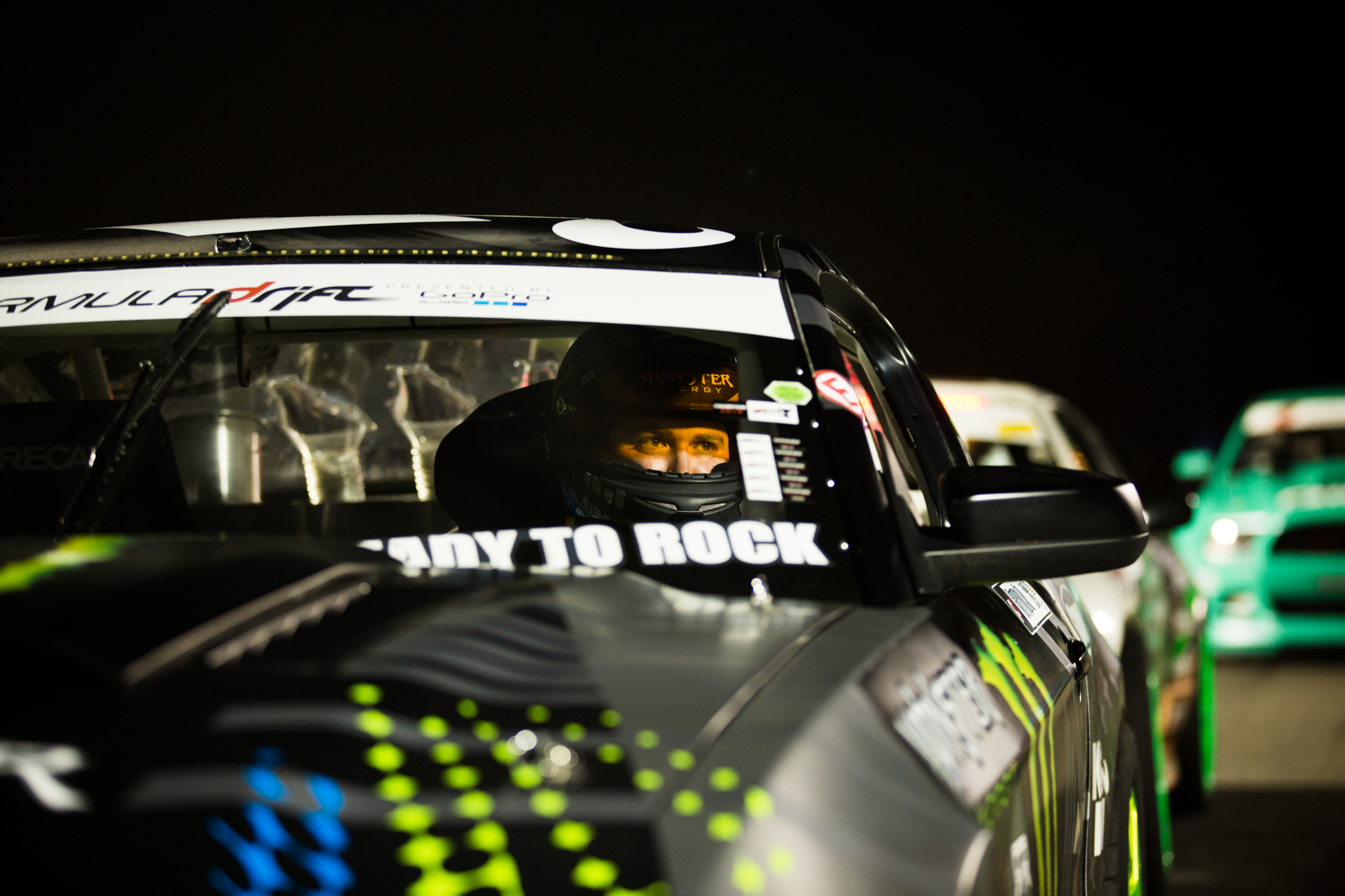 Eventually it dried up and the competition was fierce. 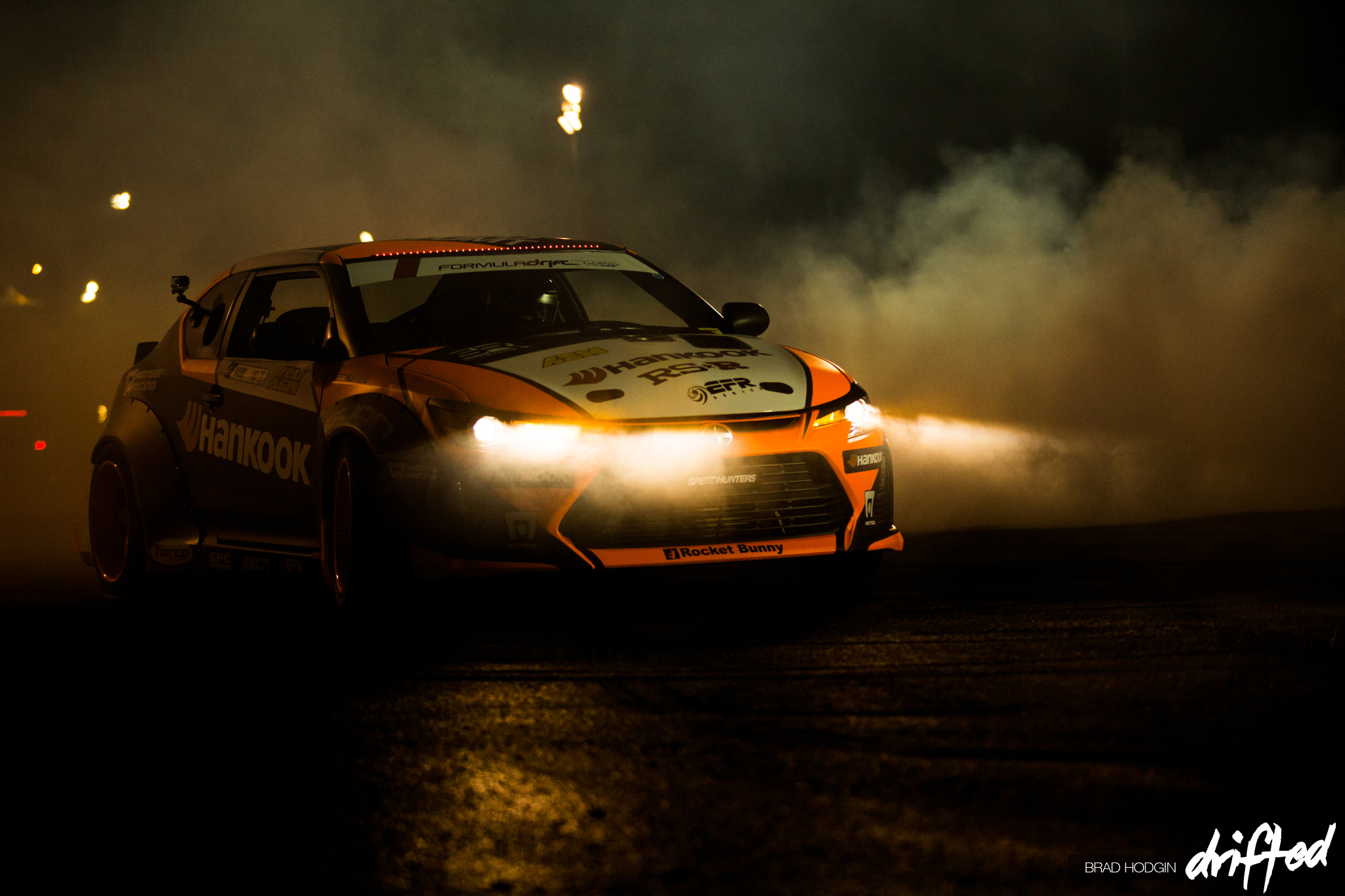 With smoke covering the track, rubber flying everywhere, and rev limiters popping constantly, the start line is chaos at Road Atlanta. And its absolutely awesome!