GRASSROOTS: Four Seasons In A Day 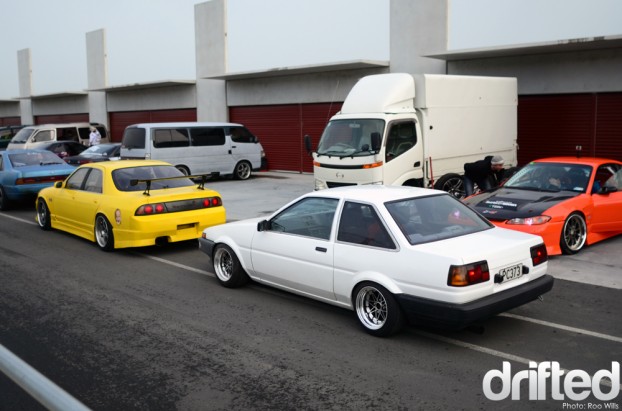 New Zealand’s newest race track, Hampton Downs, located just south of Auckland played host to a grassroots drift day last weekend. This new facility has been used a lot for drifting recently, as it has a large concrete skid pad and also a full race track.

In typical Auckland fashion, the weather was very changeable. Rain, sun, rain sun, and wind all the time. Interesting conditions to shoot in! D1NZ driver Jason Sellers was out testing his C33 Laurel. After having some gearbox issues last season, Jason upgraded the gearbox and the car was going great all day.

One of my favourite cars present was Luke’s MX-5. This thing is super cool. Lowered on widened steel wheels and has an 1800 turbo setup in it! 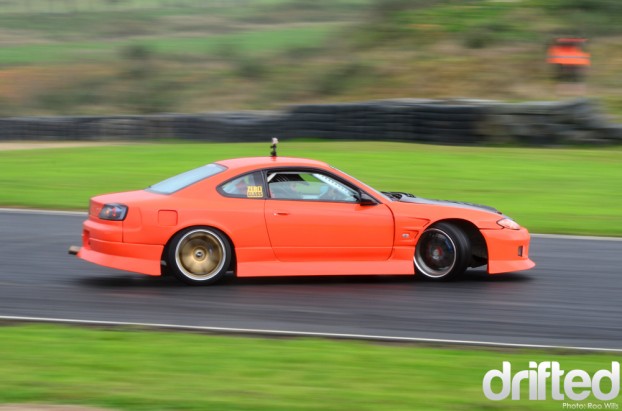 My friend Troy had his freshly painted S15 Silvia out for some fun, it looked great both on-track… 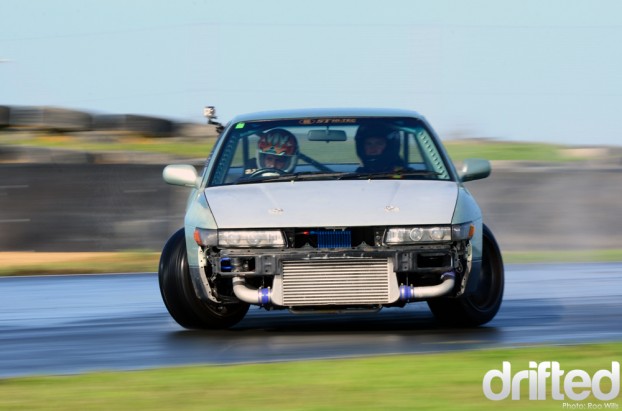 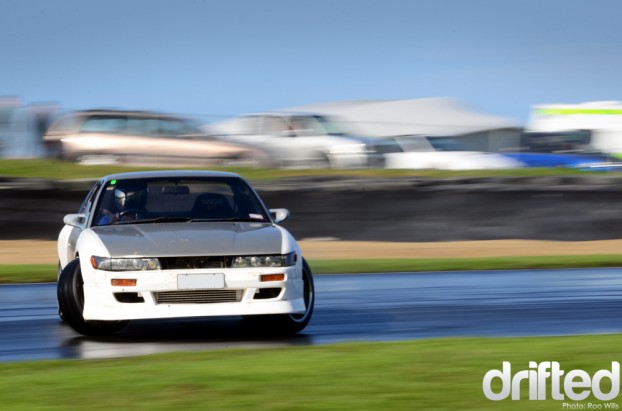 A number of S13 Silvia’s were present; both of these two had solid runs all day and were getting some great angle. 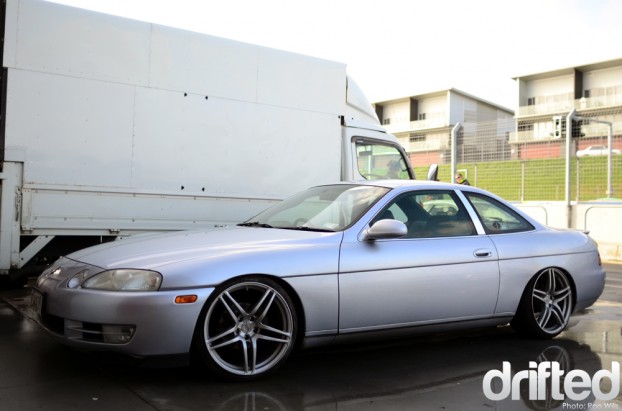 There were some cool cars in pits too, like this Soarer lowered on 19” AVS Model 5’s.

Last season’s D1NZ Pro-Am winner Nico Reid was beating on his S13 all day, he has almost finished his new S15 Silvia which we will see at Round 1 of the 2011/12 D1NZ Season.

This KE70 Wagon caught my eye early in the day, probably because of his aggressive driving style.

Now I know this photo is a little blurry, but check out his right hand while holding some great angle!

Unfortunately he went off-track later in the day and ended up in a large puddle.

I couldn’t get over how low this AE86 Notch was, perfect street styling!

This R32 Skyline was driving well all day, sporting some glittery paint too. 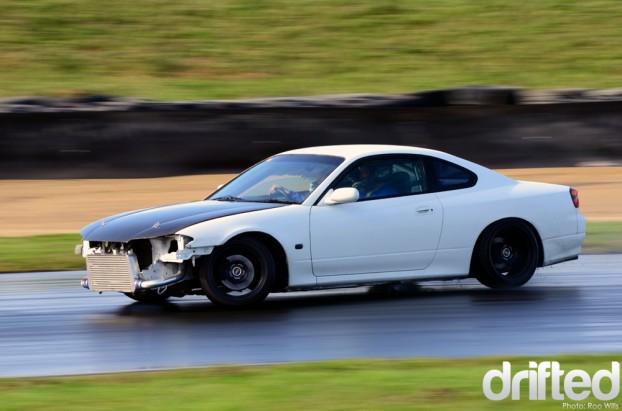 I’ll leave you with these two S15’s, both styled very differently. Which do you prefer?