Not sure which track to hit up next in Project CARS 2? We’ll help you decide with this comprehensive list, featuring all the tracks in the game. 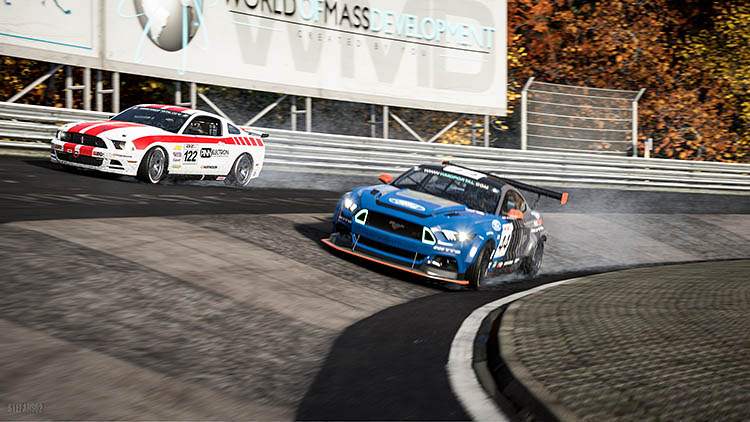 There’s no question that Project CARS 2 provides one of the most comprehensive motorsport experiences to both the console and PC markets.

With a highly-impressive roster of 60 tracks spread across 5 motorsport disciplines and 29 series, it’s now become the most extensive track roster available for console sim racing gamers.

Of the 60 tracks available, 20 of those have been laser-scanned using drones to provide the ultimate precision when it comes to getting as close as possible to the real thing that sim racers crave.

This update is a vast improvement over the original Project CARS game, where they had just 4 fully-scanned tracks (Oulton Park, Cadwell Park, Brands Hatch, and Snetterton) with the rest hand-crafted.

Although it was a solid effort from Slightly Mad Studios, the hand-crafted method disappointed die-hard sim racers who had driven the tracks in real life, noting that some areas had incorrect camber or missing bumps in significant areas.

From the 60 available tracks, there’s a total of over 140 unique layouts to choose from, spread across the wide variety of in-game motorsport disciplines, which you’ll be able to enjoy with from the current selection of 189 vehicles in the game. 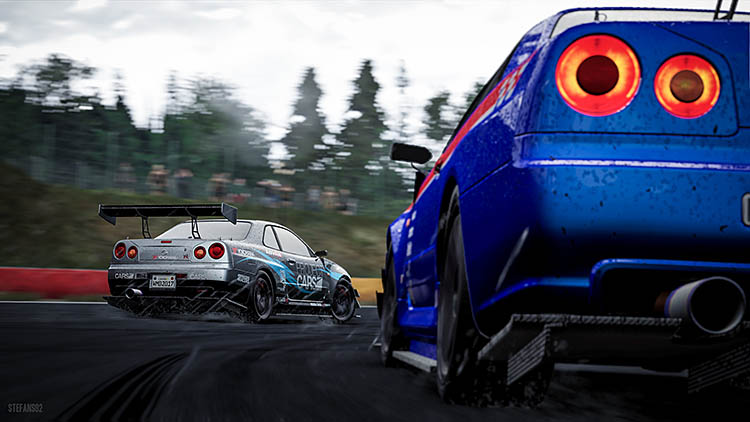 When Project CARS 2 goes head-to-head with Forza Motorsport 7, the variety of tracks available in PC2 make the game the clear winner.

It’s not just the variety either, as Forza Motorsport 7 has just 32 tracks on offer, with a total of 122 unique layouts.

Although Forza Motorsport 7 certainly has an insane roster of 830 cars, it’s quite clear that Turn 10 opted for quantity over quality, with most in-game vehicles rendered mostly useless.

I mean, how are you supposed to push a trophy truck to its limits on a flat racetrack?

Sure, PC2 may well feature far fewer cars, but at least the cars and tracks available have been refined to suit each motorsport discipline in the game perfectly.

For example, those of you that are looking to put your Rallycross car to the test. No problem at all – Project CARS 2 has you covered with 9 of the finest rallycross-specific tracks from across the globe.

Or, perhaps you want to re-live a classic Group C race at the period-specific Hockenheim circuit? They’ve got you covered.

Likewise, it’s the same situation when it comes to karting or ice racing—a wide selection of properly-prepped vehicles await to provide the ultimate sim-racing challenges.

Combined with the day-to-night transitions and all four weather seasons, you’ll soon be pushing the boundaries against the ever-changing dynamic weather, which features rain, wind, mist, snow, and ice conditions in the ultimate test of your abilities. 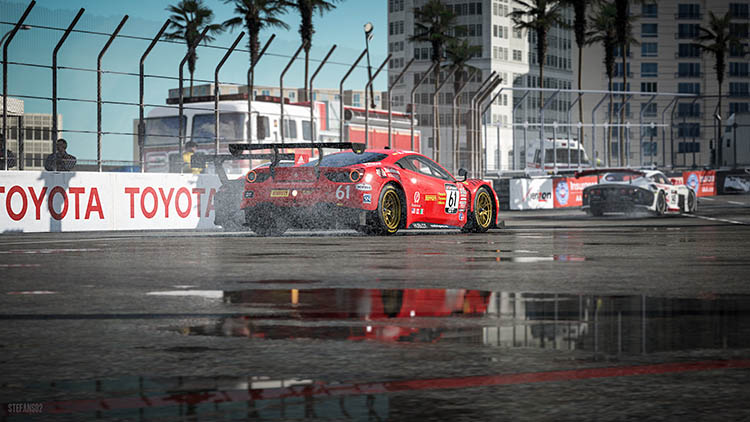 Despite the launch of Project CARS 3 on August 25th, 2020, it’s PC2 that remains the most popular choice in the series, with many fans left devastated by Slightly Mad Studio’s decision to opt for an ‘arcade-style’ racer.

Slightly Mad Studios CEO, Ian Bell, has promised to make amends for PC4, stating that Project CARS 4 “Will Be The Most Realistic Simulation Ever Made”.

In this guide, we’ll be taking a look at every track that Project CARS 2 has to offer, which includes some of the finest racetracks from North America, Europe, Asia, and beyond.

Combining the finest real-world venues and period-correct circuits alongside exciting fictional tracks, there’s an amazing 60 locations with more than 140 unique layouts to choose from in Project CARS 2.

It’s time to take a look at every track featured in the game.

Europe is known for having some of the most impressive tracks on the planet. Slightly Mad Studios have made the most of this in Project CARS 2, with a wide variety of the most remarkable circuits spanning across the continent.

While Forza Motorsport mainly focused on the North American circuits, it’s Europe that the Project CARS series has opted to focus on.

As fans of both games, we’re certainly not complaining, and we welcome the variety.

Asia and Oceania provide a wide variety of tracks to the game, from the legendary Mount Panorama Circuit, which plays host to the Bathurst V8 Supercars championship, right through to the scorching dunes of Dubai.

Part of the beauty of drifting is that it can be carried out just about anywhere, provided you have the skills and creativity.

However, there’s no doubt that some places are more exciting than others, which is why we’ve listed our favorite tracks in the game for you to put your drifting ability to the test.

We’ve got no doubt that this collection of tracks will provide you with endless hours of fun.

With the addition of Vaughn Gittin JR’s RTR Ford Mustang in Project CARS 2, it provides the perfect opportunity to re-enact his legendary ‘Drift King of The Ring’ video.

As the ‘Green Hell’ spans an insane 12-miles and featuring 172 bends, this is going to be the ultimate test of your drifting abilities.

Vaughn Gittin reached maximum speeds of 160mph during his real-world feat. Set yourself a challenge to see if you can top that.

Although the Green Hell video achieved more popularity, this is another of Europe’s tracks that Vaugh Gittin JR has put to the test.

It wasn’t so much about linking the entire track for this challenge but attempting to achieve the longest drift possible by linking turns three and four on the F1 circuit.

Impressively, the result was a 3,200 ft slide (more than half a mile!), enabling him to achieve his longest-ever recorded drift.

Some of you may be thinking you’ve not heard of Sakitto, but that won’t come as a huge surprise.

It appears that Slightly Mad Studios struggled to get the license for the legendary track, Suzuka, and instead opted for creating their unique twist, with some obvious real-world similarities.

Although it’s not the “real thing”, it still makes for a fantastic track for drifting, and we highly recommend giving it a go.

Known as the “test track” during the game’s initial testing, we’re glad they kept Mojave in the game for us to enjoy.

With the track featuring plenty of walls, tight runoffs, and various elevation changes, it’s a welcome challenge for drifters.

Brands Hatch certainly needs no introduction! Having hosted some of the most legendary F1 races in the past, it later went on to host drift events such as the European Drift Championship.

With a great variety of corners on this tight and twisty circuit, we’re sure it’ll provide hours of drifting entertainment.

Best known for featuring in the European ‘Drift Kings’ series, the German circuit of Oschersleben provides one of the highest competition entry speeds in Europe, with drivers clocking over 160km/h.

Think you can top that? There’s only one way to find out!

How could we possibly end our list without including a real-world Japanese drifting track?

Sportsland Sugo is best known for its inclusion in the Formula Drift: Japan series, and thanks to laser-scanning, you’ll be able to experience it in all its glory.

If you’re a console gamer looking for a sim racer with the most comprehensive track selection out there, look no further.

Although Forza Motorsport also has an excellent choice of tracks, it’s PC2 that takes the win.

When it comes to exploring new places, Forza Horizon 4 will be the best pick from the Forza series, thanks to the open-world experience, which allows you to free-roam wherever you please.

Although Horizon is an incredible game, it does come with a significant drawback. Since the game isn’t a simulator, it’s not going to feed the cravings of those keen to refine their skills on the racetrack. 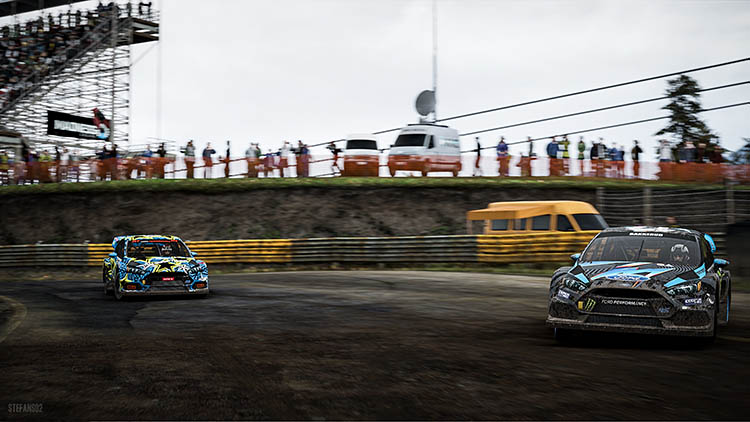 Unfortunately, this is the same issue that Slightly Mad Studios are currently going through with the newly-released Project CARS 3.

Despite PC2 fans eagerly anticipating the new game’s release, it immediately flopped upon launch due to the series steering away from the traditional sim racing format that the fans know and love.

With the new ‘arcade’ aspect to the game, it has left many fans bitterly disappointed. However, they say that every cloud has a silver lining, and in this case, the disappointment has worked to Project CARS 2’s advantage.

Although it took a significant amount of time for PC2 enthusiasts to carry out mods in the game (skins aside), they’ve finally managed to crack the code, which has led to a thriving Project CARS 2 modding community. 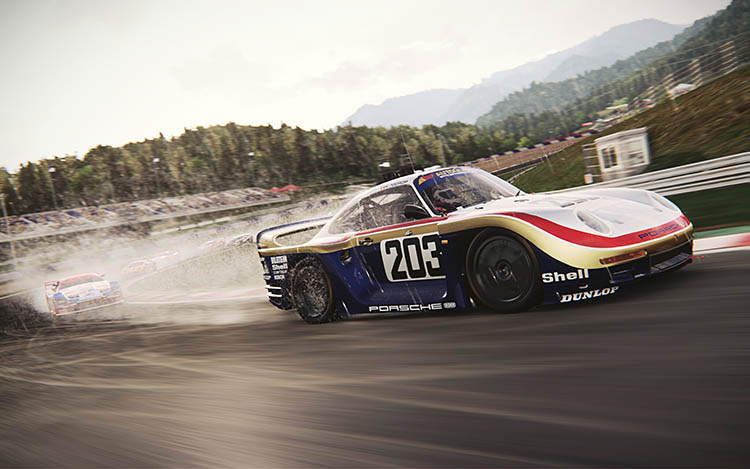 Despite there aren’t yet any additional tracks, Project CARS 3 has provided the mod community the chance to bring the PC3 cars into PC2, providing many different possibilities.

Not only that, but they’ve also managed to do the same with other games, such as Assetto Corsa.

However, Assetto Corsa still maintains the pole position when it comes to drift racing simulators for PC gamers, especially in the mod sector.

Sure, Project CARS 2 has an impressive tracklist, but wait until you see the full potential that Assetto Corsa has to offer.

Those that have bought the game for the console platforms may well be left disappointed with just 19 circuits and a total of 45 layouts.

However, this is where the modding aspect has the potential to revolutionize the PC game.

Thanks to the modding community’s outstanding efforts, they have provided thousands of mods, with a large chunk of those being various tracks from around the world, created from scratch.

Do you want to launch Naoki Nakamura’s PS13 over the jump at Ebisu Minami? Mods will provide those.

Our point is that although Project CARS 2 will provide the best tracklist for a wide variety of motorsport disciplines for console gamers, the drifting aspect of the game has been somewhat neglected.

So, if you’re a keen drifting fan, we highly recommend considering upgrading your gaming rig and enjoying the very best that the drift sim racing world has to offer.

So, there we have it! We hope that we’ve covered everything you could want to know about the tracks in Project CARS 2 in this guide.

Thank you for reading our Project CARS 2 Car List guide.

If you enjoyed this article, please share it with the buttons at the bottom of your screen. If you’ve found this information useful, then please take a moment to share it with other *CHANGE* enthusiasts. We appreciate your support.

« Best Cars Of The 2000s Guide
Games Blocked – What’s Up With That? »
WhatsAppFacebookTwitterPin ItMail