We’re featuring all the vehicles for your Project CARS driving pleasure. This ultimate car list features the in-game DLC content and also breaks down each car by individual class.

Project CARS entered the motorsport racing simulator world in May 2015 on the PC, Sony PlayStation 4, and Microsoft Xbox One platforms.

Developed by Slightly Mad Studios and published by Bandai Namco Entertainment, this brand-new game planned to shake up the competition against the OG rivals such as Microsoft’s Forza Motorsport and Sony’s Gran Turismo.

Despite initial plans to launch on the PlayStation 3, Xbox 360, Wii U consoles, and Linux, these were later scrapped in favor of the next-gen upgrades.

Slightly Mad Studios intentions were to create the ultimate multi-platform driving simulator. Given that Microsoft owned Forza, Sony-owned Gran Turismo, and Assetto Corsa was yet to hit consoles - this left a gap in the racing sim market.

As Forza and GT fought to one-up each other’s ideas with each new version, Project CARS instead insisted on taking a unique approach to appeal to the masses.

Not only were all of the cars and tracks unlocked as soon as you began playing Project CARS, but it also featured a far more comprehensive range of motorsport disciplines than its purely track-based rivals.

Karting? Check. Rallycross? Check. There certainly wasn’t a lack of variety in the game, and it was all matched with stunning graphics and sometimes-blinding sunlight as you attempt to navigate the apex.

Although the game was created using an improved version of the Madness gaming engine, which features in Need for Speed: Shift, the two games are on entirely different ends of the racing spectrum.

Thanks to the improvements with processing power, a dynamic tire model named “SETA” was introduced, rather than the steady-state model found in previous simulators.

The meaning behind the Project ‘CARS’ name is ‘Community Assisted Racing Simulator’. The idea became a reality thanks to the $5 million funding raised by the community and the developers without requiring a traditional publisher.

Their unique approach included the opportunity to purchase ‘Tool Packs’, which enabled investors to contribute towards the games’ development and promotion. In return, they would receive a share of the game profits generated over the initial three-year period, paid quarterly.

Despite the game receiving mixed feedback initially, with significant bugs such as the ‘spinning out’ issue, where gamers weren’t able to counter-steer adequately to stop the car from spinning, the majority of problems were soon resolved.

From there, it would go on to sell more than 2 million copies by October 2016.

Project CARS features 74 drivable cars initially and 125 with the later-added DLC content. The game allows players to push each vehicle to their limits at over 30 unique locations with more than 110 variations. Of the tracks, 23 are real, but some have been renamed due to licensing reasons, with the remainder fictional.

The later release of Project CARS successor, Project CARS 2, featured an improved list of 205 vehicles from 35 manufacturers, making it a more tempting prospect for many racing sim enthusiasts in the present day.

Since March 16, 2017, Project CARS has been available for free for Xbox Live Gold users, providing many gamers to continue to enjoy what it has to offer in the present day.

In this guide, we’ll break down all of the cars featured in the game, with separate lists displaying the additional DLC content and each vehicle by individual class.

Project CARS was initially released with two different editions/variations of the game.

Alongside the ‘Standard Edition’, the ‘Limited Edition’ was also launched on release day.

The ‘Limited Edition’ version of the game featured a book called “Project Cars: By Racers 4 Racers”, alongside five additional cars over the ‘Standard Edition.’ 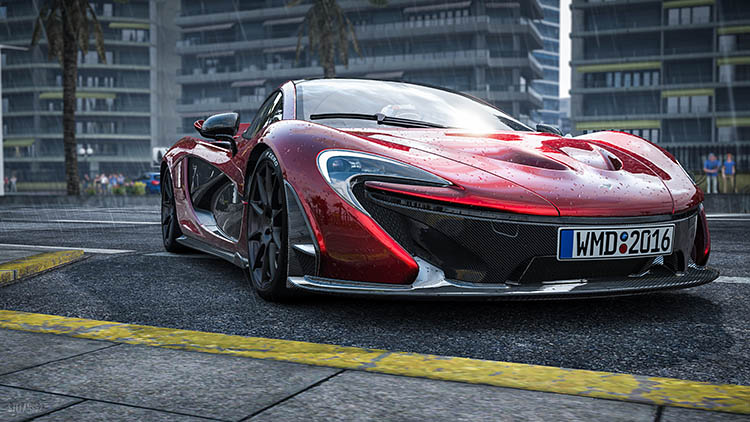 Any pre-ordered of copies both variations received the ‘Modified Car Pack’ with three additional cars, details of which are located in our DLC section below.

On May 6, 2016, Slightly Mad Studios released a final, the ‘GOTY’ (Game of the Year) Edition, which included all DLC’s, along with additional bonus content.

With so many different classes in the game, it can get a little confusing when finding an ideal car for a specific race.

For that reason, we’ve broken down all of the in-game classes, including all DLC content.

Upon release, the Project CARS had both free and paid DLC (Downloadable Content) cars available for download.

Despite initial plans to follow the traditional ‘Season Pass’ model found in most games, they opted for an ‘On-Demand’ alternative.

Slightly Mad Studios stated their reasoning as a “commitment to keeping Project CARS up-to-date with the greatest, freshest, and most critical content whilst also allowing players to pick and choose the cars & tracks they want – without being locked into a pre-paid scheme”.

They stuck to their promises by delivering consistent, impressive content and keeping the fans happy in the process.

Since development for the game has now ceased, there will be no future DLC content arriving. Every pack is available for individual purchase, or you can opt for the ‘GOTY’ edition, which features all DLC content in a convenient package.

View the Limited Edition Upgrade on the Steam Store

Official description: “Expand your Prototype and GT rosters with two uncompromising and beautiful machines from the prestigious heritage of Bentley - the Speed 8 and Continental GT3 – and three further racing icons: the Le Mans-winning BMW V12 LMR and McLaren F1 GTR, and the Mercedes-Benz CLK LM.
“

View the Racing Icons Car Pack on the Steam Store

View the Audi Ruapuna Speedway Expansion on the Steam Store

View the Modified Car Pack on the Steam Store

View the Old Vs New Car Pack on the Steam Store

View the Aston Martin Track Expansion on the Steam Store

View the Japanese Car Pack on the Steam Store

Official description: “Project CARS continues its commitment to deliver fresh new content and updates via its ON DEMAND programme today with the release of the Classic Lotus Track Expansion featuring four historic Classic Team Lotus cars and three historic locations to drive them on“.

View the Classic Lotus Track Expansion on the Steam Store

Official description: “Project CARS continues its programme of continual updates and delivery of fresh new content with the release of the Renault Sport Car Pack featuring five breathtaking machines from the legendary performance and special vehicles division of Renault“.

View the Renault Sport Car Pack on the Steam Store

View the Stanceworks Track Expansion on the Steam Store

Official description: “This delivers an all-American cast of racing machines, ranging from the Le Mans-winning Corvette C7.R, to the pinnacle of American motorsport found in the form of the Dallara DW12 IndyCar“.

View the US Race Car Pack on the Steam Store

Project CARS provides an excellent alternative for gamers looking for a more realistic and challenging move from the Forza and Gran Turismo games.

Since the game’s release, Assetto Corsa has targetted an exceptionally similar PC/console-based market and has undoubtedly excelled in some areas.

If you’re looking to kick-start your drifting career, then we firmly believe that Assetto Corsa is going to be the perfect game for your needs.

Project CARS is fantastic for racing, but its successor, Project CARS 2, provides an improved experience in many ways. 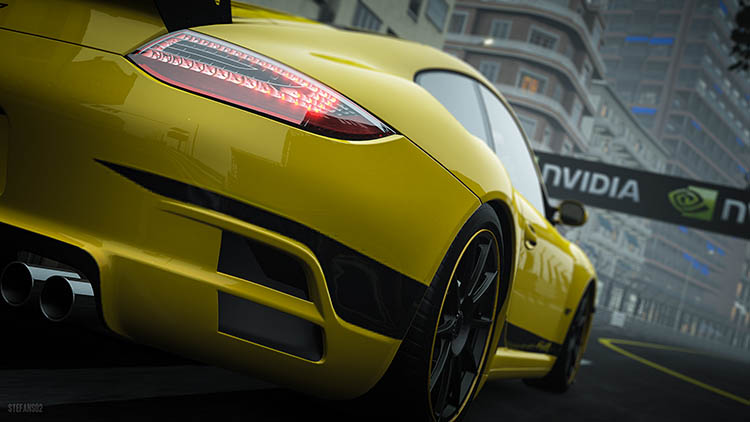 Although PC2 has since been succeeded by Project CARS 3, the latest game has had an intensely critical response from fans, who are disappointed to see the game appeal to the ‘arcade’ racing sector rather than its traditional sim market appeal.

The disappointment of the game’s third-installment has left fans returning to PC2, where a thriving mod community is now making the game better than ever before.

So, there we have it! We hope that we’ve covered everything you could want to know about the vehicles featured in Project CARS in this guide.

Thank you for reading our Project CARS Car List guide.

If you enjoyed this article, please share it with the buttons at the bottom of your screen. If you’ve found this information useful, then please take a moment to share it with other Project CARS and sim racing enthusiasts. We appreciate your support.