After the success of last years Drift Union Invitational, I was inspired at this year’s DUI to try and create a video that would dive a little deeper into the hidden gem that is Western Canada’s drift scene. I wanted to make something more than just a short video, a mini-documentary of sorts. Something that could give you an insight into the minds of the drivers, show what goes on through the full weekend, the ups the downs, the drifting, the partying… an all encompassing video that is: The Drift Union Invitational. 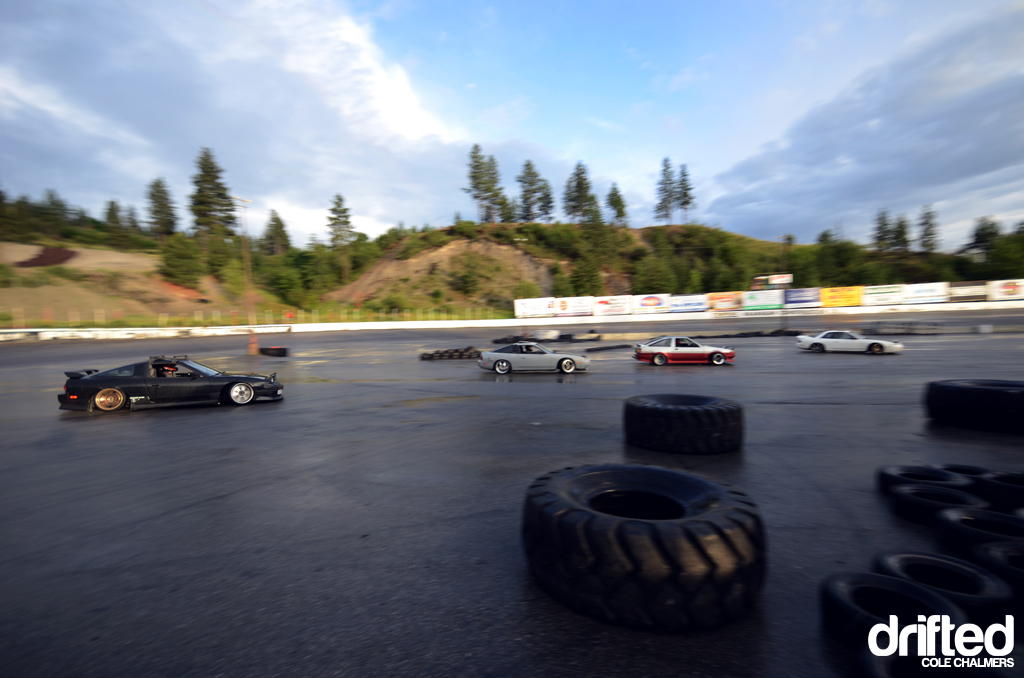 Fortunately for me, but unfortunately for the video, I ended up in the pilot seat of the Jank-mobile (a well used and abused s13, lent to me by Neptune Drift). So for the better part of the weekend, my camera ended up sitting and gathering tire dust. It was quickly apparent that the idea of this video was possibly no more than a pipe dream. Thankfully, Joel Fox (Platform Garage youtube.com/hubz240) and Justin Robert (Aircooled Productions youtube.com/belmontparkers) stepped up to the plate and donated their footage for me to sort through and Shandy Sanderson picked up my camera to film while I was on track. Without the help of these people this video could not have become a reality with the minimal footage I had filmed, so a large thank-you is due.

I had high expectations for this video. While I didn’t meet those personal goals, I’m still happy with the outcome. I still feel this is an accurate depiction of the relaxed scene we have here in British Columbia. I hope when you watch this you feel inspired to make the trip out here one day or, at the very least feel inspired to roll out to your local events with the same positive attitude we try to promote in our track days. Don’t forget to keep drifting fun.