The Roots Of Drifting: Where It All Began

We take a look at the roots of drifting and ask where did it all begin? 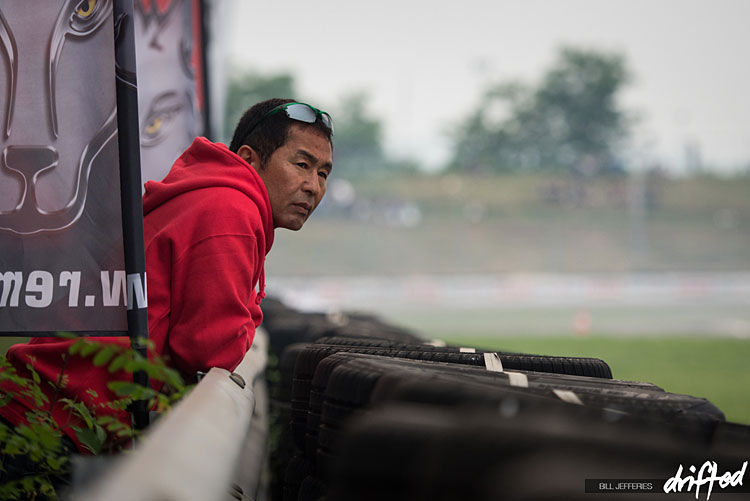 Most car and speed lovers are not immune to drifting – a sport that is not immensely technical, but also very fun.

While safety regulations permit from practicing such sports, there are, and have been for a very long time, places and groups where people can join to enjoy the thrill of drifting.

Drifting as such stems its roots right back to 1970s Japan.

While to some this motoring discipline remains rather amateur, it is far from that. Variations of speed, angle evaluation, and showmanship playing a major factor in the final result. Who said cars are just for driving from point A to B? They are so much more.

Read on to find out where and how the sport of drifting started, how it became so immensely popular, and even see get to know the classic cars behind drifting that are now for sale.

I am guessing we all have one man, in particular, to thank for the drifting sport, and that is Kunimitsu Takahashi. Kunimitsu was a professional motorcycle road racing driver and the first Japanese rider to win the World Grand Prix.

He started his career as a motorcycle racer, however, a harsh crash leading to injuries left him wanting to switch up to something with four wheels instead of two. After getting adjusted, it was not long before Kunimitsu got nicknamed the father of drifting.

Another drifting king worth mentioning is Keiichi Tsuchiya, while looking up to Takahashi, he started perfecting the art of drifting along the mountain roads of Japan and quickly became the heart and soul of the drifting community.

After some time, drifting competitions would often take place on the winding roads of Japan’s mountain scenery. A real grown-ups night playground that drew car and adrenalin enthusiasts.

In 1987 a video of Tsuchiya drifting emerged called Plupsy (fun fact: after this very video, Keiichi got this license suspended for illegal racing). It was then produced and released by a few popular car magazines and quickly became the talk of the town.

Plupsy became a source of creative inspiration for many drifting lovers and to this very day, it still has a special place in the drifting community.

In 2001 the D1 Grand Prix took place as one of the first drifting series in Japan, organized by Dajido Inada, the founder of Tokyo Auto Salon. This was a major stepping stone of the community, as after this, drifting could be recognized as a major motorsport not only in Japan but also in the rest of the world.

Giving a safe space for racers to show their moves proved to be popular, as drivers wanted to compete and show off their skills.

Outside of Japan, Willow Springs, California became the first place to hold a drifting event. From then onwards drifting got bigger and better, with annual competitions held, films and games based on the sport, and the occasional tire marks on your local street.

In 2006, another ‘East meets West’ event was the creation and release of the very well known movie ‘’The Fast and Furious: Tokyo Drift’’. This gave some well-deserved coverage by local and world media and also gave the chance to introduce the world of drifting to a wider public.

Of course, the movie could not build its success without the knowledge of drifting heroes Keiichi Tsuchiya, Rhys Millen, and Samuel Hubinette.

Film producers consulted and even employed these professionals to help execute technical stunts and fact-check some of the movie’s scripts.

Another media creation that built huge coverage on drifting sports was ‘Initial D’ – a Japanese street racing manga (Japanese comic) series that ran from 1995 right up until 2013. The story revolves around illegal street races that take place in Japan, hitting a home run with all drifting enthusiasts of the time.

It is no surprise that our drifting pioneer Keiichi Tsuchiya also helped with the development of this comic and supervised the editorial part of its publishing. With such a drifting hero backing it up, it even rolled out into an Anime television series, live-action film, and even video game.

I guess it was just what the community needed. A story that could reflect on the highs and lows of racing and drifting in Japan.

The iconic car of drifting

How can we talk about the classic cars of drifting and not mention Keiichi’s drift car, the Toyota Corolla AE86. It was made available to the Japanese market with a 1.6-litre 4A-GE DOHC engine, 5-speed manual gearbox, and a very sporty look.

You can still see pictures of Keiichi next to his AE86, with a smile on his face, leaning up against the dark green hood of his car. What a classic.