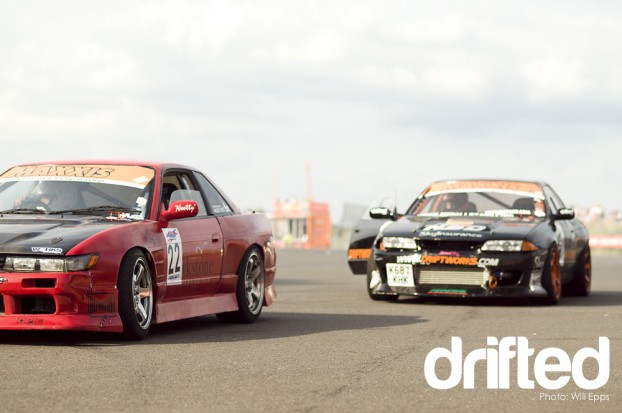 For what seemed like the first time in a long while, the clouds came out to play and the weather seemed a little overcast, still there was no rain and the track temps were high, causing for plenty of smoke and people complaining about hot cars and sun burn. The gates opened at 12:00 and driving went on until 20:00, later than usual UK drift events, but was a welcome change as us “photographers” (I use the term loosely) are a nocturnal breed and tend to stay up until stupid hours in the morning before events getting work ready and bags packed.

The event was held on the “Launch Pad”, a huge tarmac playground where many drift events take place. A big wide open space where unless you manage to get it incredibly wrong, there are only cones and photographers to damage your car.
Greg Gush from Protuner was using the wide space to make some really nice lines, successfully destroying his Federal treads! 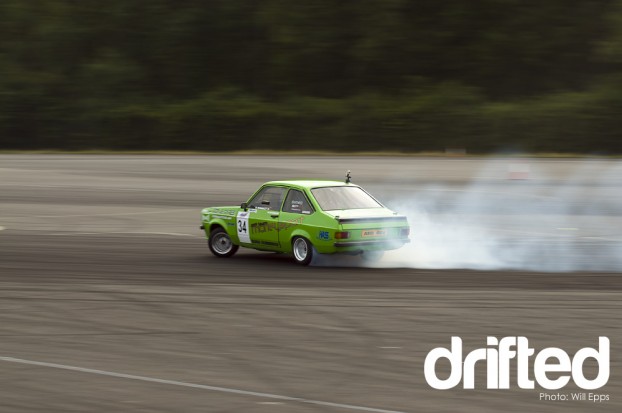 The track had a wide and fast first right hander which tightened up into a hairpin right at the end, then speed was built up again round a nice long left hander , quickly switching back to the right then along the home straight. Some high speed entries, some slow technical areas and some all out foot down manji down the home straight.

Declan Munelly could have had some fun with the 2.0 Vauxhall engine in his Mk2 Escort. He was running a snapped piston, compressed with rings and pushed into the cylinder sleeve. If that’s not “Manning up” then I don’t know what is. Could have been costly if things had gone wrong! 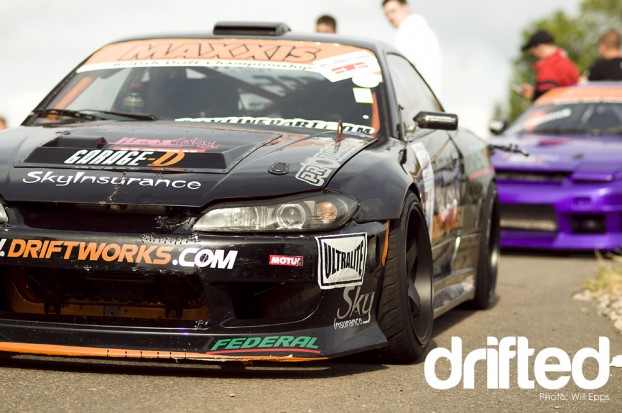 Respect for the Driftworks team, I presume everybody had seen some of the shots after last weekends 3 car accident at JDM Newcastle. I won’t go into detail, but Phil’s wheels were all facing complete opposite directions, and the rear sub-frame looked to be about 6” out of jig. But somehow it was back in action on Saturday, and smokey as ever. Even though he set up his rear camber from an iPhone, then double-checked it with a ruler. Who needs laser alignment? 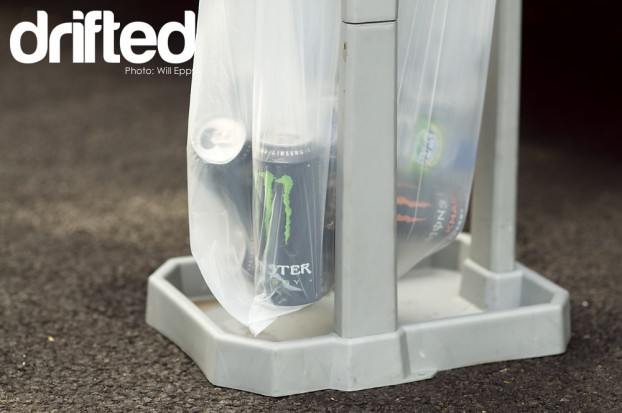 And I think found the secret to driving talent. Everyone seems to be drinking Monster!

It sounded like Bon Bon was having gasket troubles again, he’d had no problems with it until a few weeks back, now it seems like most rounds he’s frying them! In typical Driftworks style things just seemed to get fixed as if by magic and he kept battling! 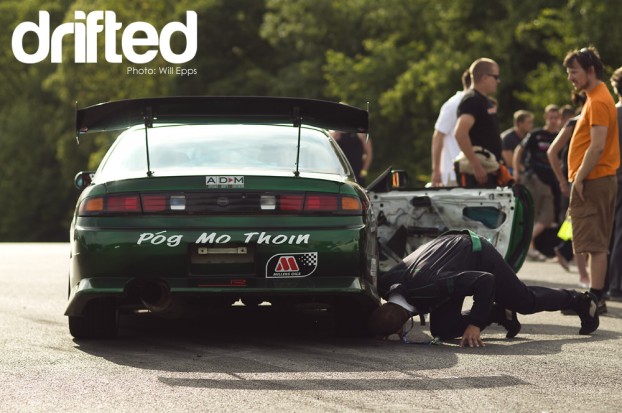 Drivers have serious trust, Matt Carter was having car troubles (an escapee piston) so borrowed Danielle Murphy’s car. Drivers have huge trust in one another, it’s a big risk giving your pride and joy away! 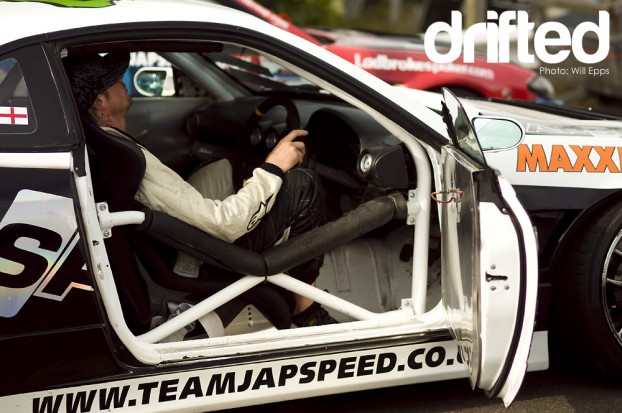 Danny Eyles of Team Japspeed started to feel the heat as he headed into later rounds of the competition. 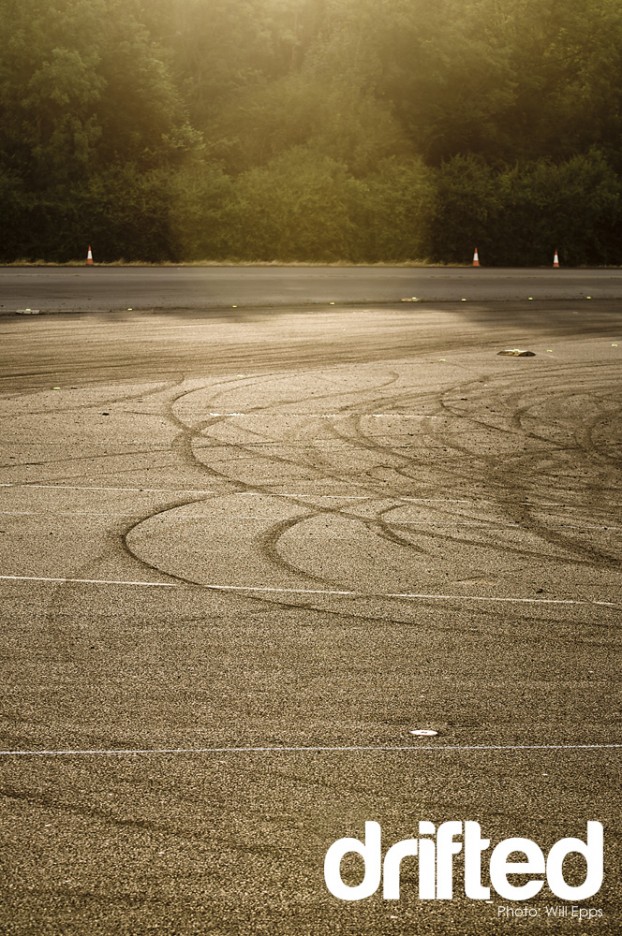 Later on in the afternoon the sun came out to play, really heating up the track for even smokier drifts! 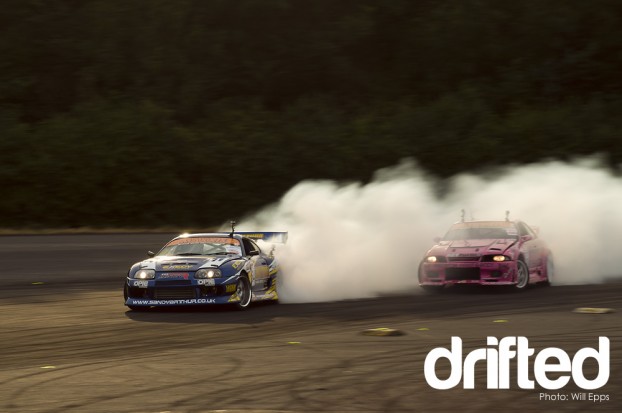 A quick snap of Mark Luney and Simon Perry chain smoking in the intense sun and heat. I’d love to put all my actions shots in, but that’s Phils job! 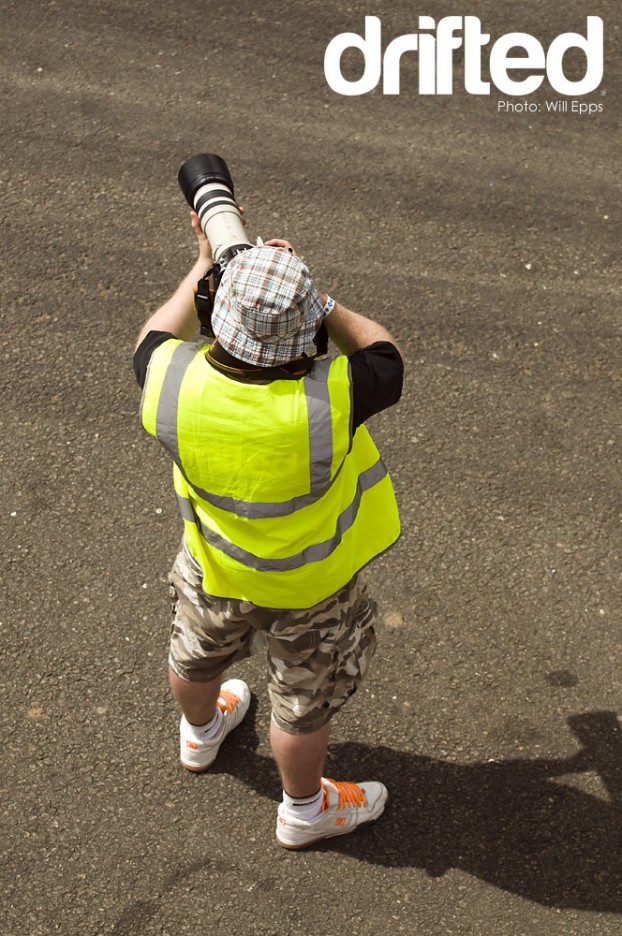 Philip Mann will be following this post with the Semi-Pro and Pro standings, so don’t forget to visit again soon!