As said before, almost all racing series around the world are ending their 2011 season, and the DDS is no exception!  Here is a recap of the Final event of our season; Round 4 of the Dominican Drift Series!

This is THE FINAL, every team takes it all out to end the season with a big bang (hopefully not engine related)! 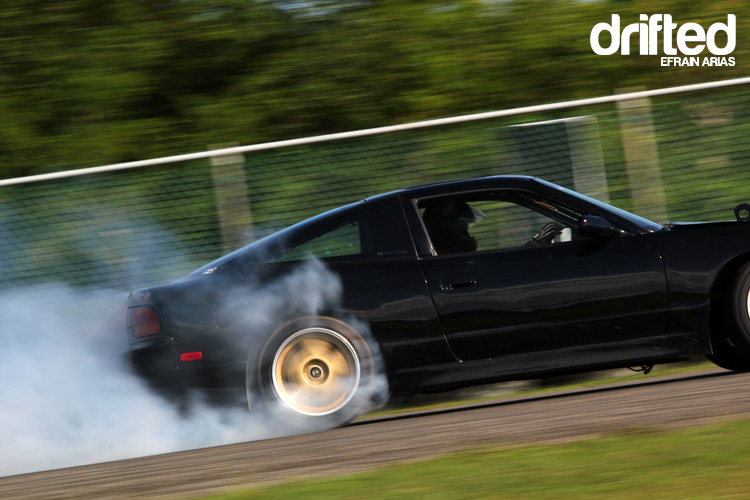 Luis Guerrero stepped his game up for this Final round! He was giving veterans a run for their money all day! He took the Rookie of the Year award!

A special judge was invited this time, Formula D driver, Walker Wilkerson. He made his way to the sunny Dominican Republic to have a blast with our drifting community! Waka Waka was the “line judge” and made some changes to the track’s layout in order to create a better show and get more skill out of the drivers! He got a lot of feedback from the drivers and also talked to them about what he wanted to see. He did a fantastic job!

For Round 3, Lucas and his R32 (yeah that’s his name and also sponsored by Lucas Oil, haha) had some trouble with his turbo blowing up. For this round he got it right and was getting some great runs all day.

His brother Nathael was late getting his Charmant -SR20 ready, with no practice time, he showed up on Sunday for some quick practice and qualifying.

He had to face #1 qualifier Juan Almonte and his fast E36 on the eliminations. They did a great run, but the BMW advanced to the next round.

The man on a mission for this round was Jose Sobrino and his S15, he was throwing sick runs all day. He faced Victor Madera on the eliminations, Victor’s chase run wasnt good, he had some issues following Jochy…

…but on his lead run, he made it clear that he will be a contender for the top spots in 2012. Jochy advanced to the Top 4.

Jhonnattan Castro got into Round 4 leading the standings! The Lizardi brothers from Puerto Rico didn’t make it for this Round. Luis Lizardi and his Turbo E36 was 2nd in the standings and was the most dangerous contender to take the crown from Jhon!

The weather was perfect for this Round! All the media guys were doing their best to catch every detail. Here’s my friend Frank Ortega, shooting to the sky! 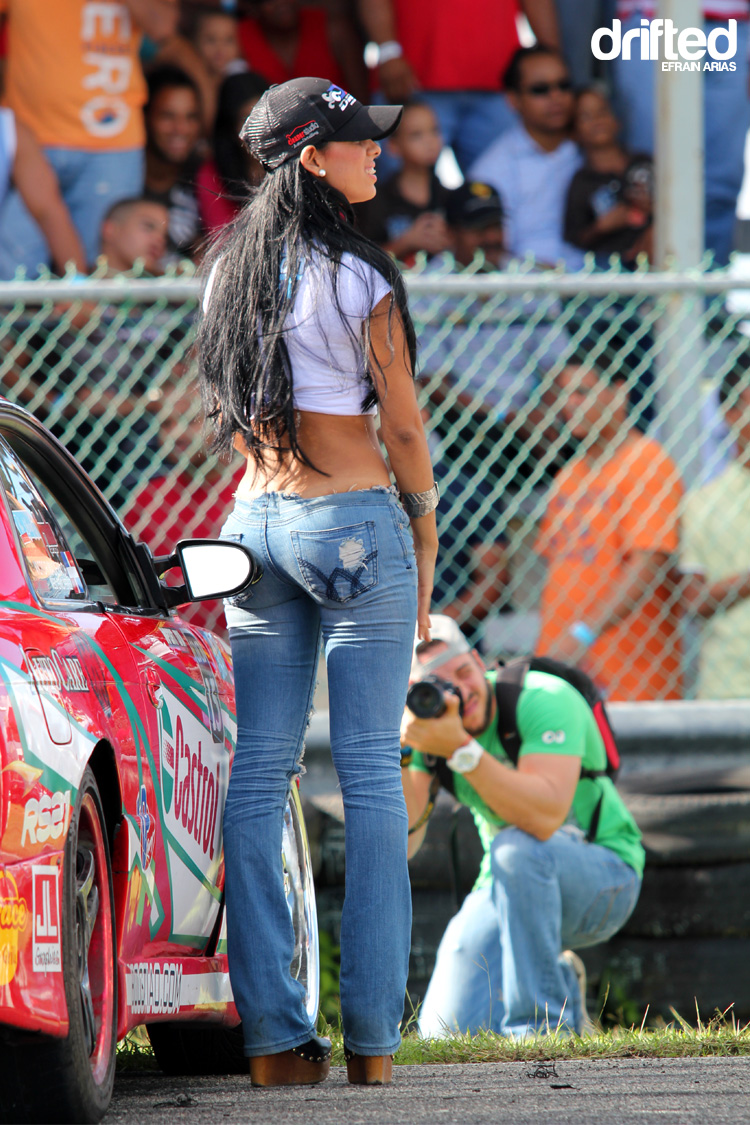 And by perfect weather, I really mean… everything… Hmmm… “Why hello there…”

After seeing the last two pictures, I cant decide which ass looks better! What do you guys think?! 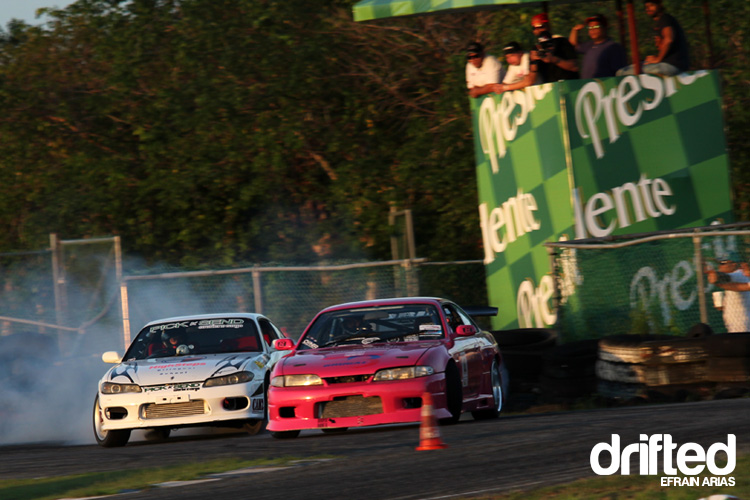 Getting back into the action, here we have Eugenio Alfau and Jose Sobrino going to the tight and more technical section of the track. You can also see in this picture Walker and the other judges observing the action. Sobrino advanced to the Finals.

Juanchy was also running for the championship and he met Jhonnattan on Top 4! They had a great battle but Jhon advanced to the Finals against Jochy. Juanchy ended the season with a fantastic 2nd place in the standings!.

Eugenio battled Juanchy for the third spot. Eugenio broke a transmission on Saturday; everyone was willing to help, at one point they had 4 transmissions to choose from. Unfortuntely he had some bad luck because the one they put in, also had some issues. It broke again against Juanchy. Eugenio got 4th overall, Juanchy 3rd.

The Finals was an epic battle between Jochy’s S15 and Jhon’s RPS13. Jhon is the 2010 champion and Jochy was second in the 2010 standings! A great battle to end the 2011 season with last years top drivers fighting in the final round!

After 3 OMTs and almost both of them running out of tires, Jose Sobrino won the Final Round of the Dominican Drift Series! Congrats to the whole team, a fantastic finish his season.

Everything was perfect on this Final Round; the weather, the drivers, the track, the battles. It’s a great way to close an AWESOME 2011 season of the Dominican Drift Series. Congratulations to all the drivers; the level of skill is very high now! There’s a lot of new guys (and a girl) coming for the 2012 season.

Once again I want to thank Walker Wilkerson on behalf of the whole Dominican Drift Club for his great job on this final round; we learned a lot from you and also had a great time! He even took the chance to drive some of the cars. If you want to know more, please check his blog “Drifting in the Dominican” at Boostiao

Jhonnattan Castro closed the 2011 season once again as the champion of the Dominican Drift Series; this is the thrid time in a row that Jhon has taken the crown. Right now he’s the only Latin American to have a Formula D and D1 License! He’s currently doing his best to compete in Formula D for 2012, so watch out rookies, our champ is coming! I will also make my best to tag along with him and his adventures in Formula Drift.

Thanks to the Drifted team for letting me share our Drift scene, I will be sure keep posting in 2012!