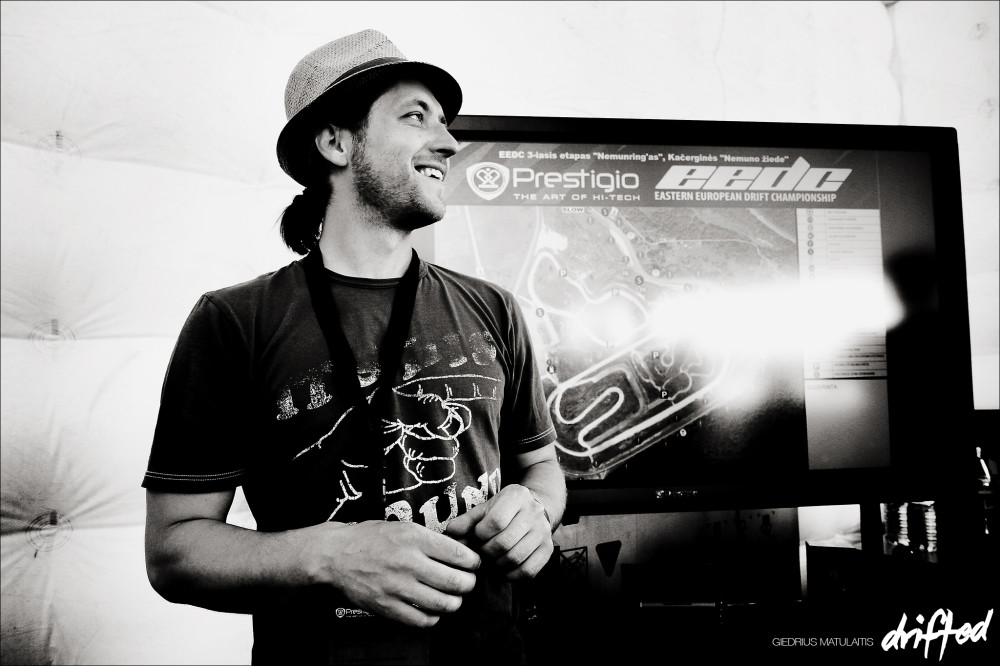 “Scary. Frightening. Awesome. Unbelievable. Daring. Something special.” These are the words that drivers used to describe the track of Prestigio EEDC Round Three in Nemunring, Lithuania.

A 500 metre straight followed by a blind left hand corner next to the track fence.

Words do not do it justice; it’s something that has to be experienced. The rush of adrenaline, the danger in the air and the smile in your helmet, after you’ve managed to get it right. Then once more, and again, and again… 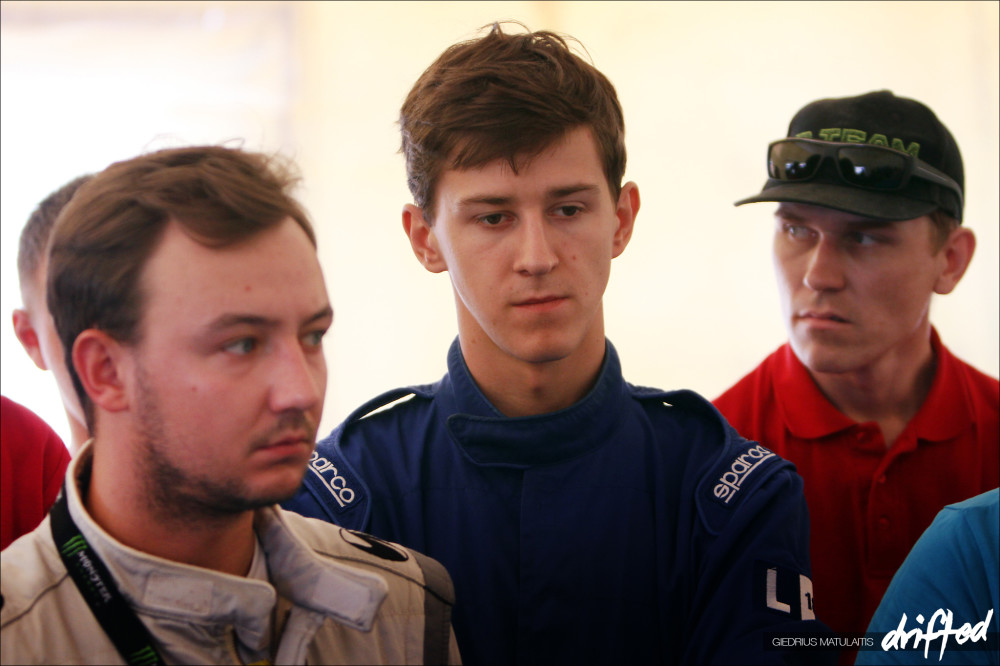 This is the second year that this configuration has been used and again it’s still a gamble for the drivers; one mistake and you’re out. No room for error, no room for a slight mistake, no room to bail out. Just you, the track and the guy chasing you. That’s all there is and that’s all that matters.

If every motorcyclist needs to experience the Isle of Man TT, or any rally driver needs to go to Dakar once, this is the spot that every drifter has to come and try. This is the madness black hole of Europe. This is something beyond physics; one of the most daring experiences that drifting has to offer at this moment in time. This is why we love this sport so much; it’s not one step closer to the edge, it’s one over the edge! 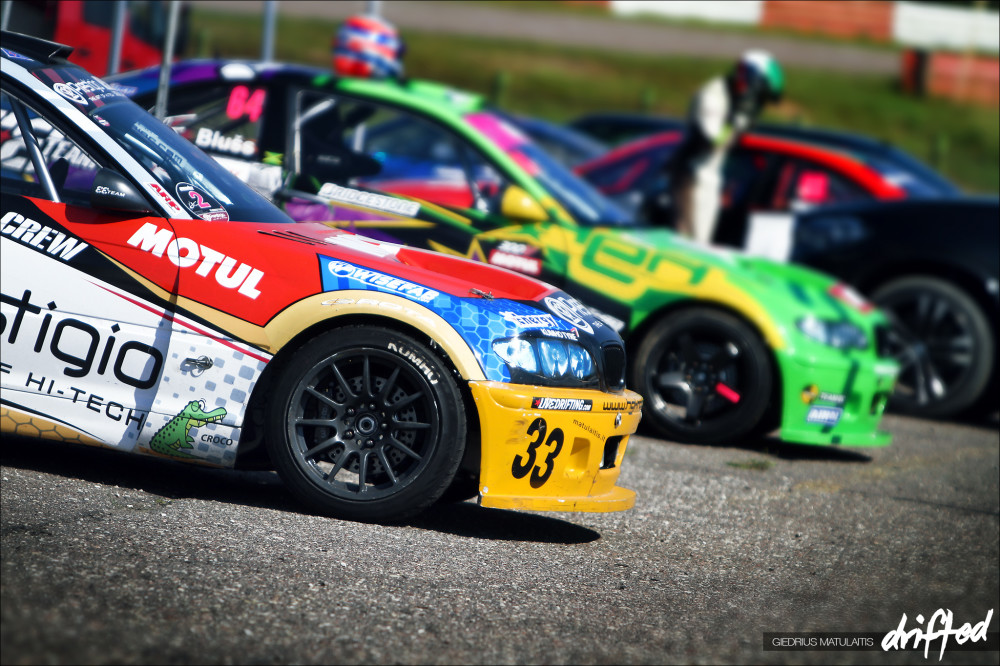 The guys that are responsible for events like this are the ones helping to evolve the sport of drifting. In the pits there were drivers and crews from Russia, Poland, Latvia, Belarus and of course the locals - European stars like Pawel Trela and Kristaps Blušs together with local heroes like Mantas Kulvinskas and Lithuanian drift king Andrius Vasiliauskas. Champions and beginners drove the same challenging track; it showed it’s teeth regardless of blue ribbons on cars.

All together twenty drivers decided to pick up their gloves and qualify. This number is one of the lowest among drifting events in Europe, and it’s one of the best indicators that this race is not for everyone. 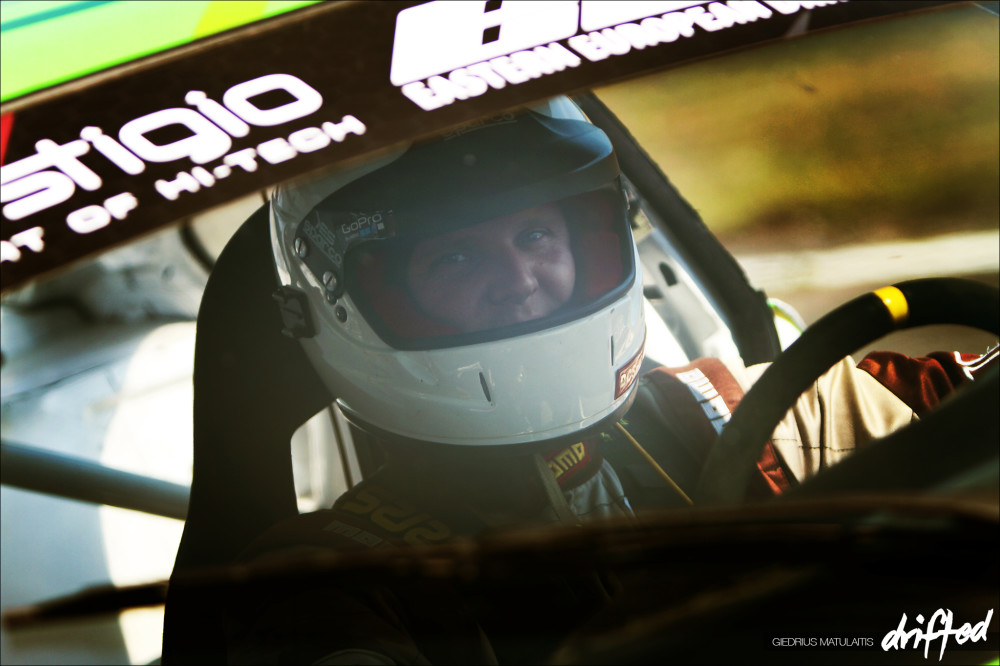 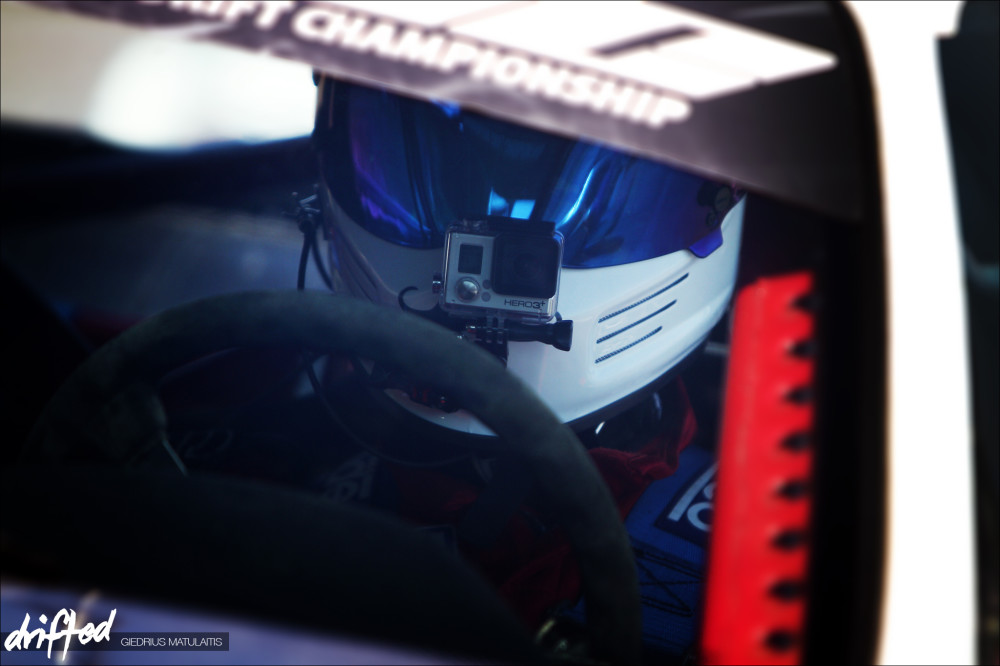 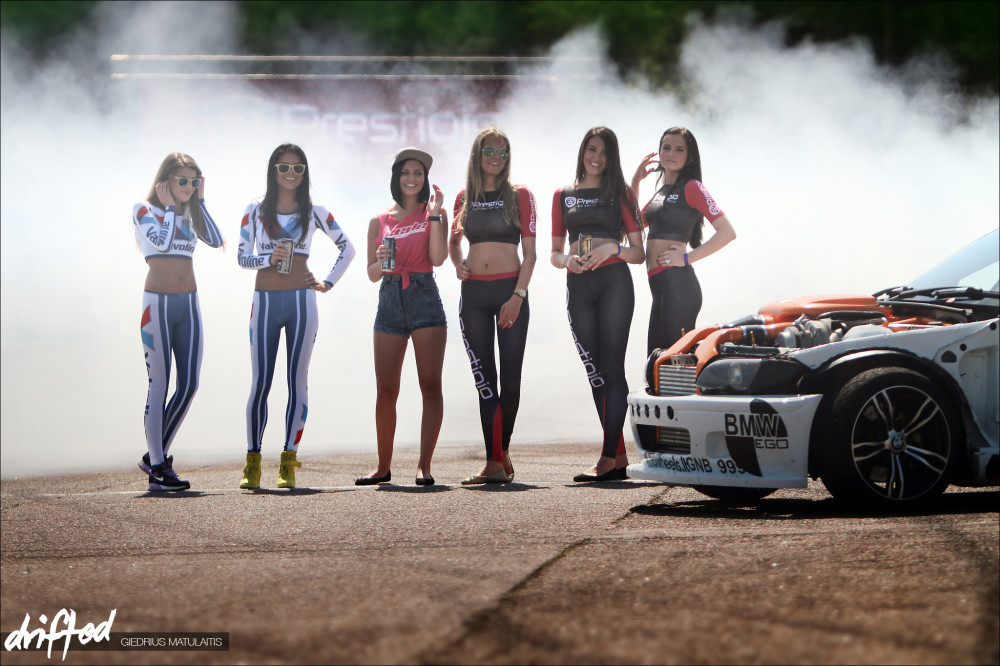 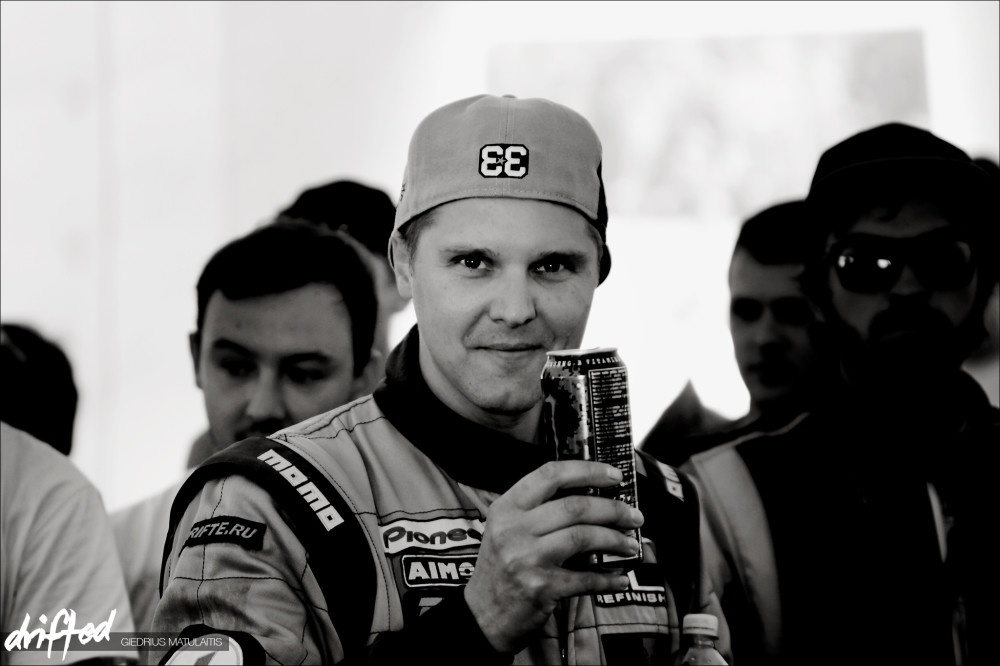 As always, three runs, potentially a human life on the line with each one, making every run special. Judges made their calls and winners were applauded; Pawel Trela and his Troll conquered the track, getting pole position, followed by Elvijs Kezis, who had multiple incidents involving walls but continued the fight. Kristaps Blušs, who had reached the podium twice already this year was third and Andrius Čibirka, a former Lithuanian drift king, took fourth, defending local honour. 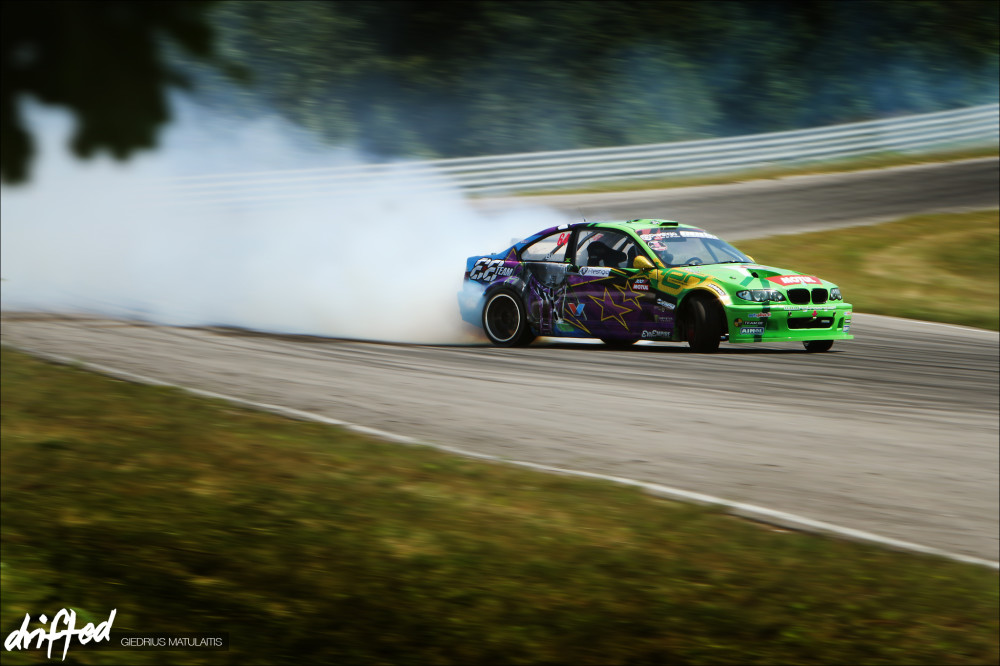 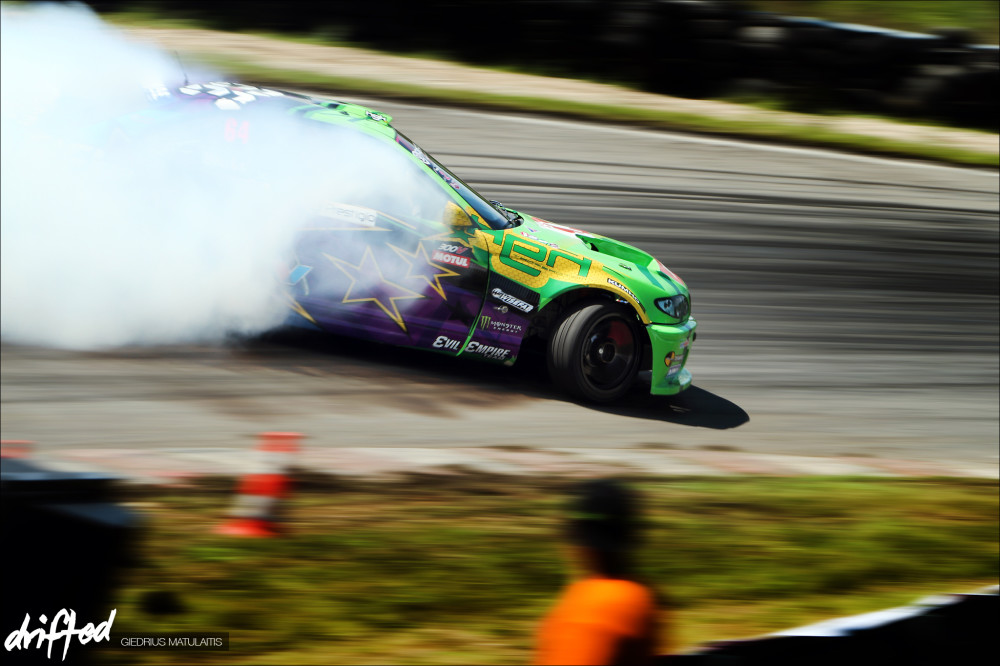 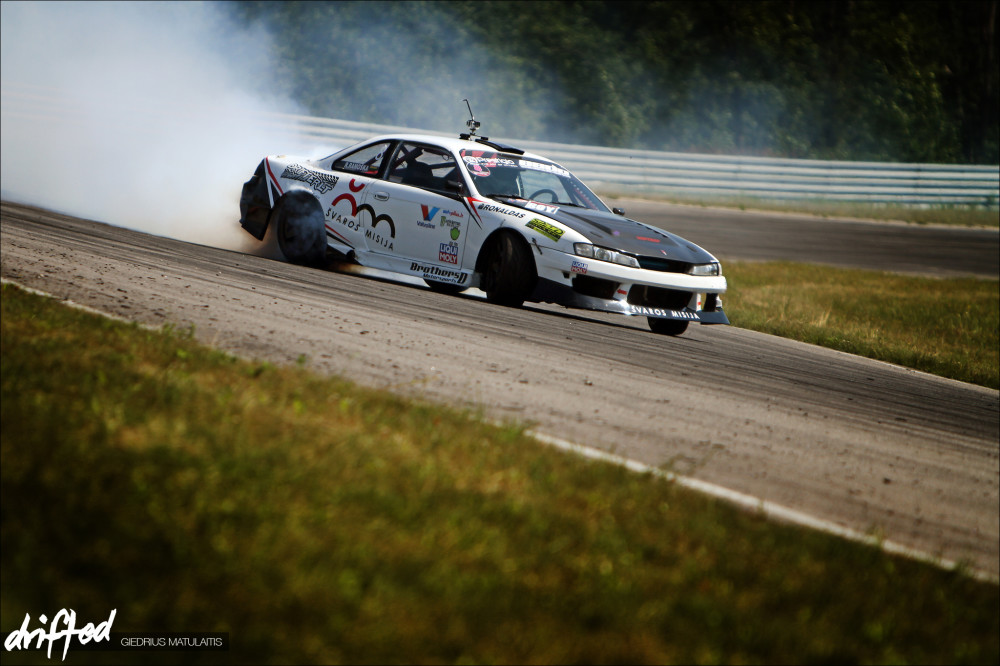 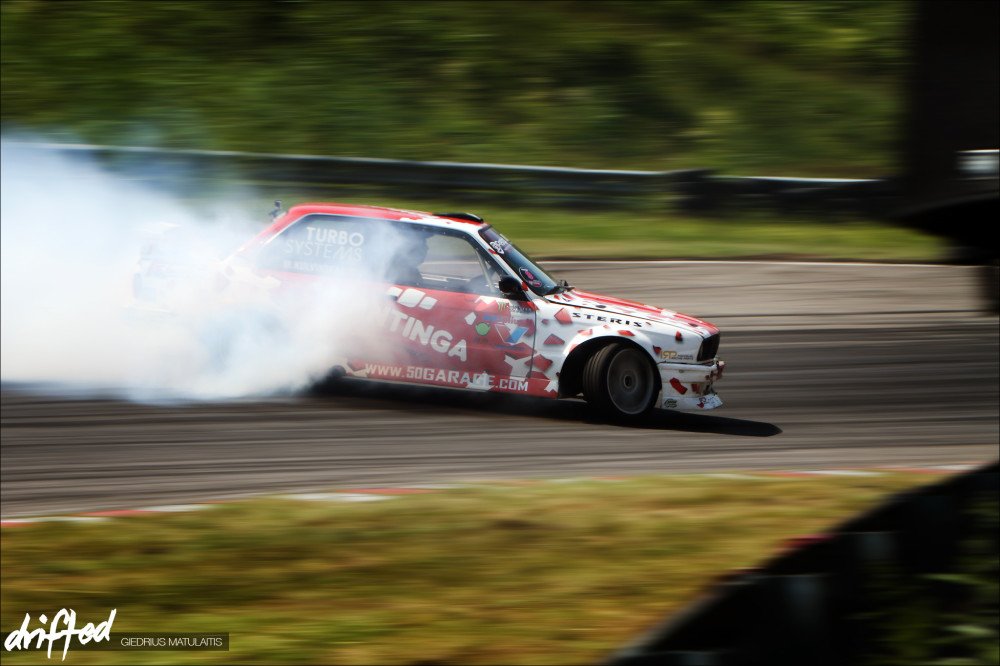 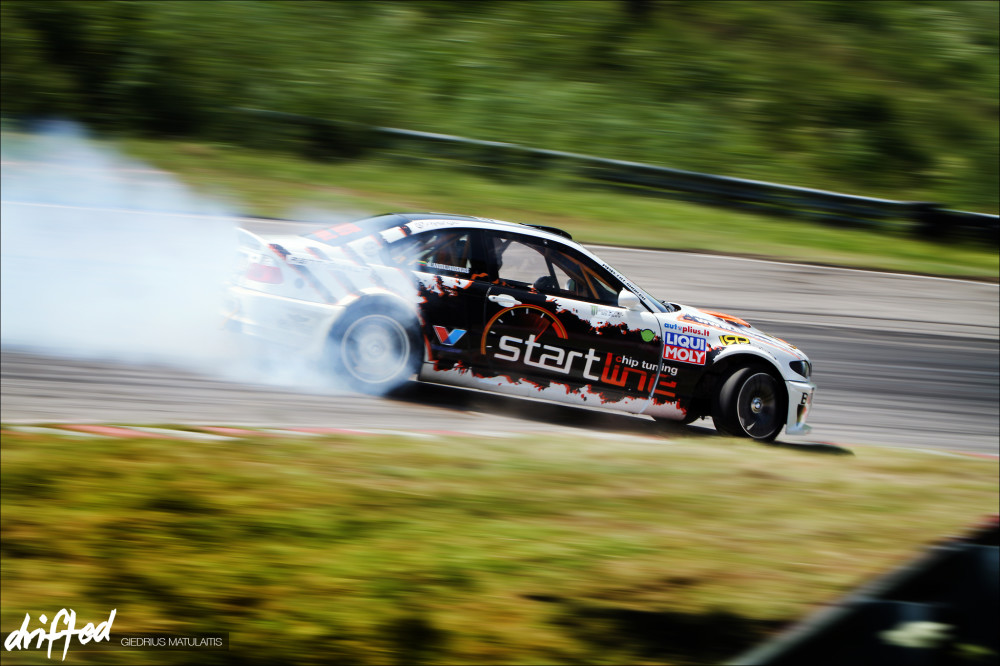 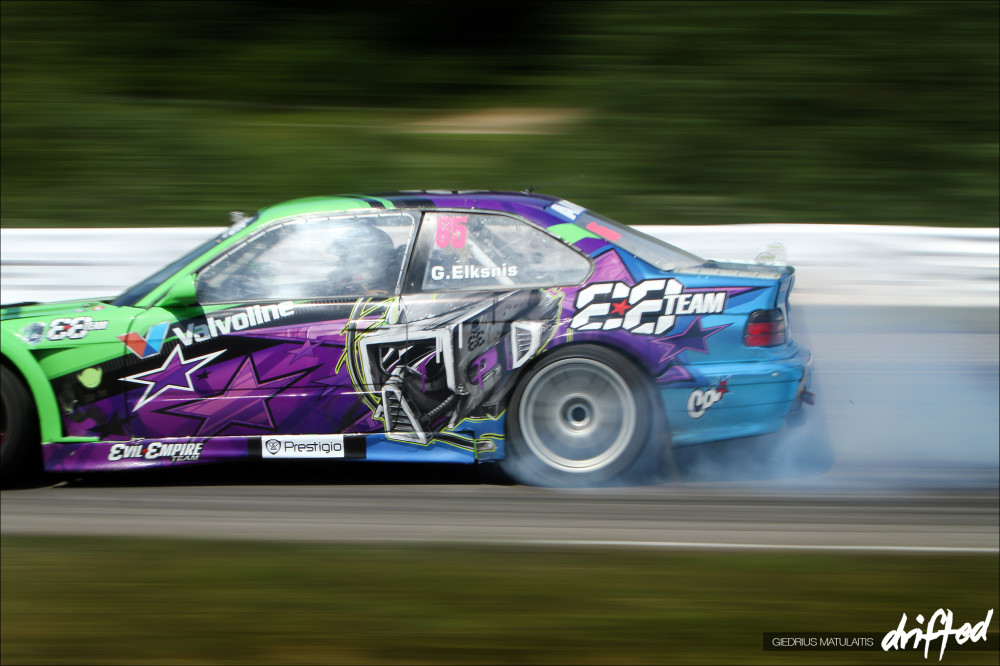 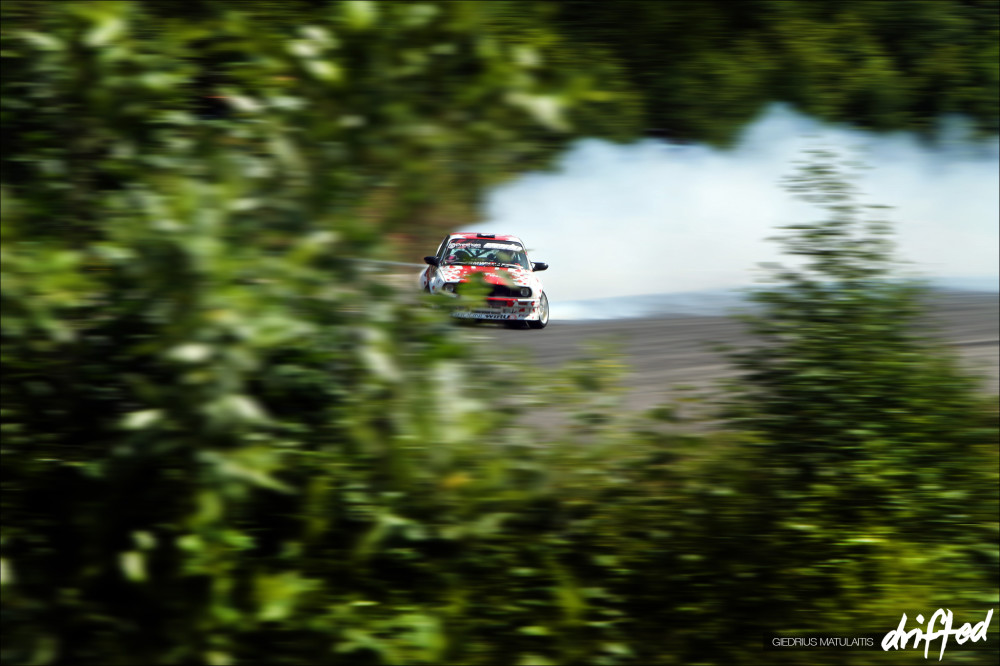 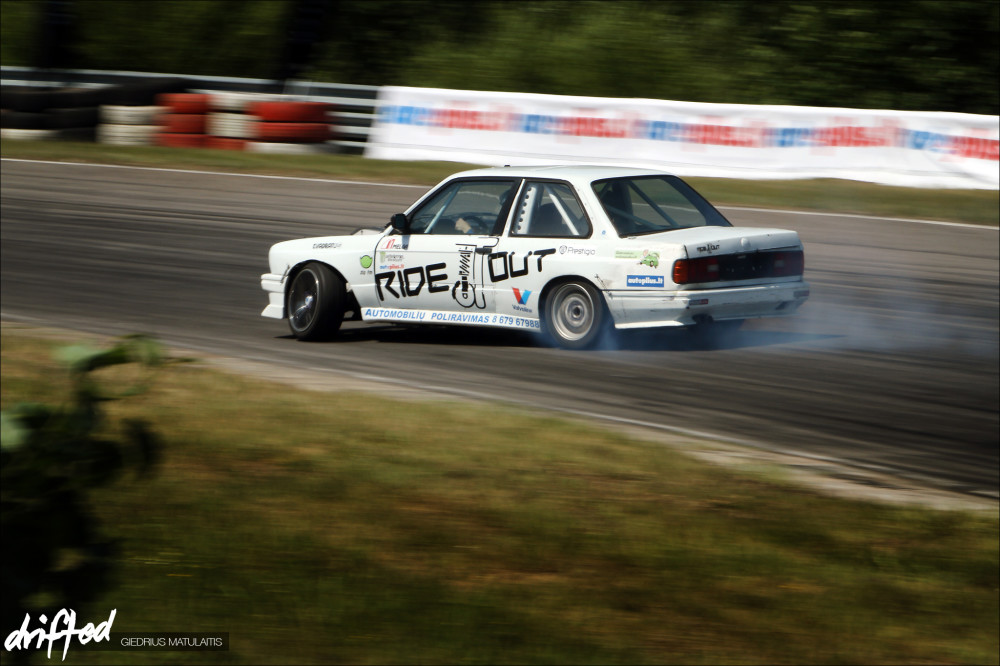 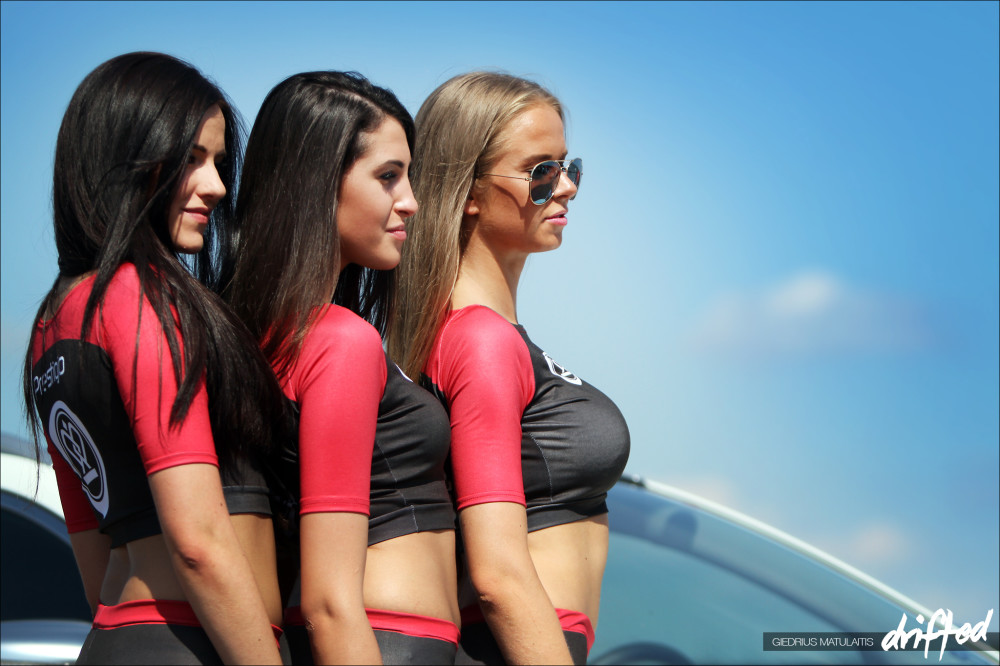 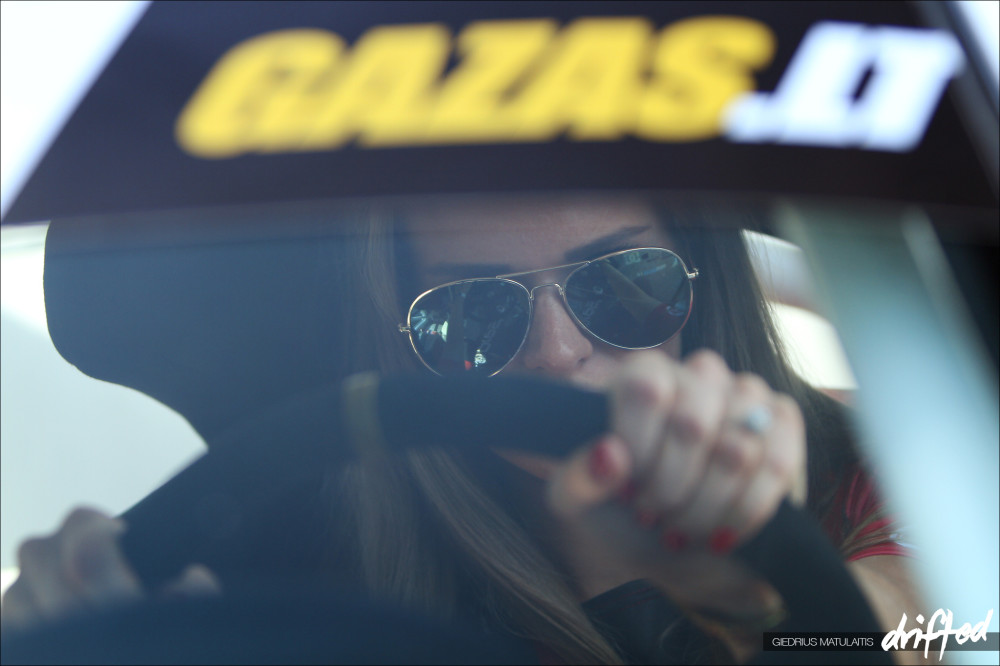 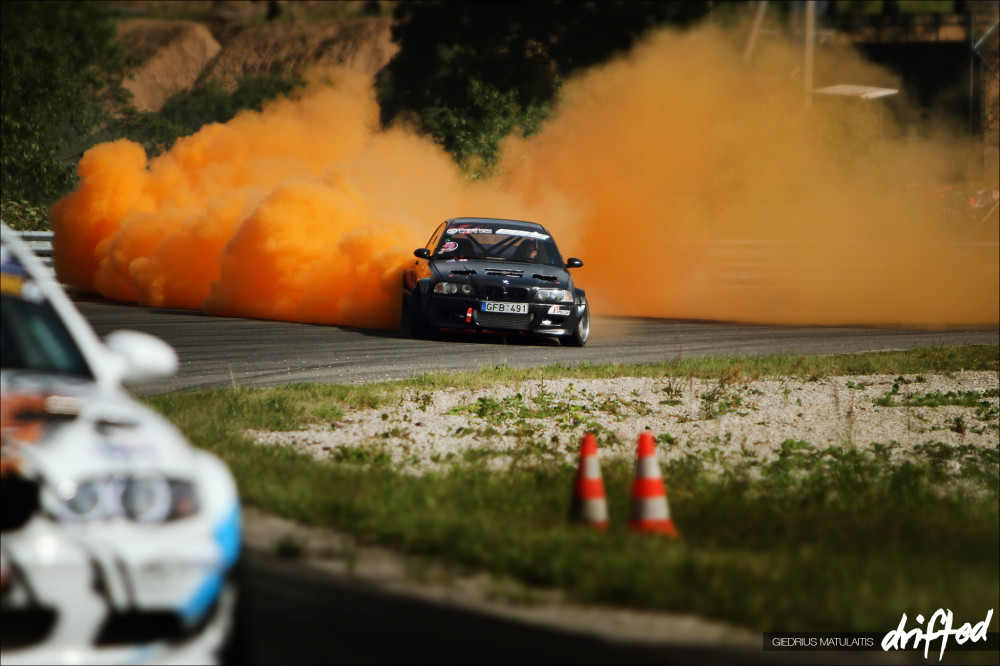 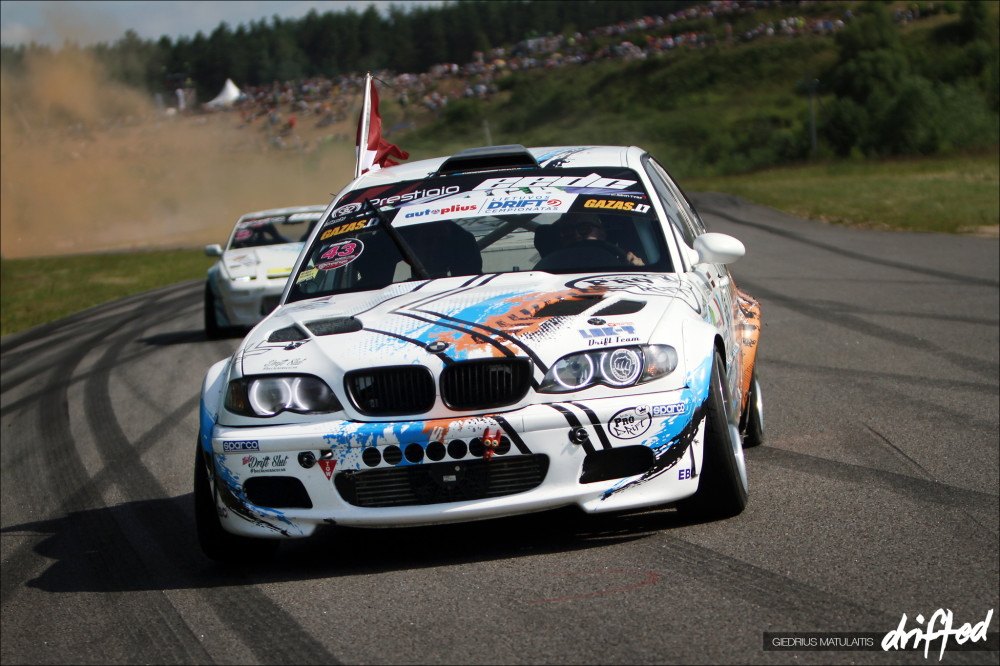 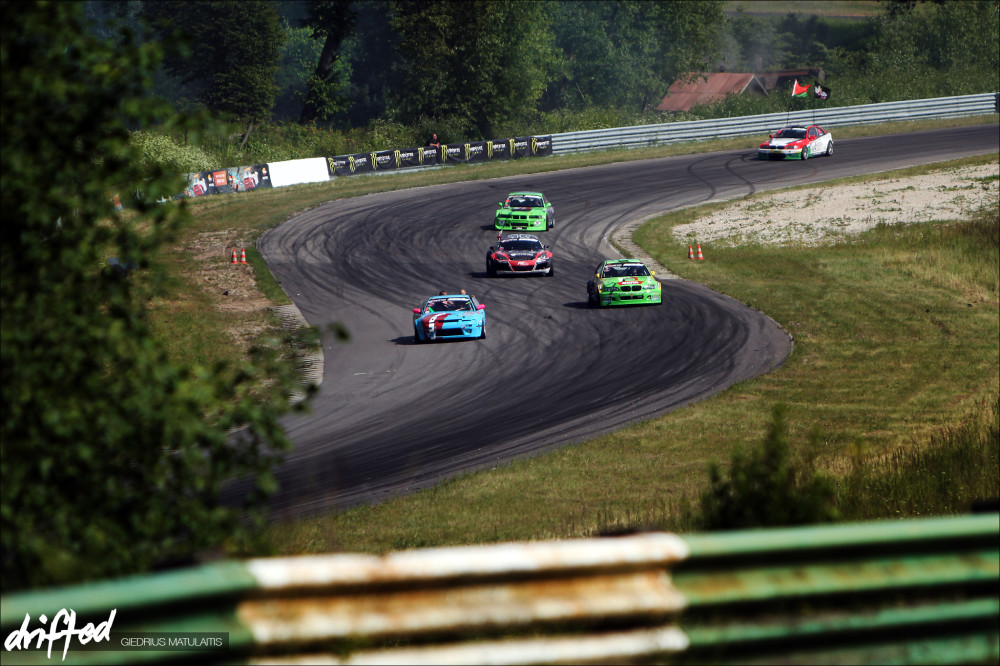 Tandem runs again proved that it’s about getting the track right first, and trying to stay close second. Former EEDC champion Gvido Elksnis had to finish his fight in the Top 16, losing to EEDC rookie, Tadas Adomaitis.

Oscars Brediks didn’t make it to the starting line, letting Timas Simniška in to the Top Eight without a fight.

But it was the Final Four where things got interesting. Pawel Trela had a little accident while battling Mantas Kulvinskas, going wide and letting one wheel off the track, resulting in a broken control arm.

Pawel came back to the pits for the five minute repair, got under the car with a welder and had his car back together faster than some drivers could even change their tires. 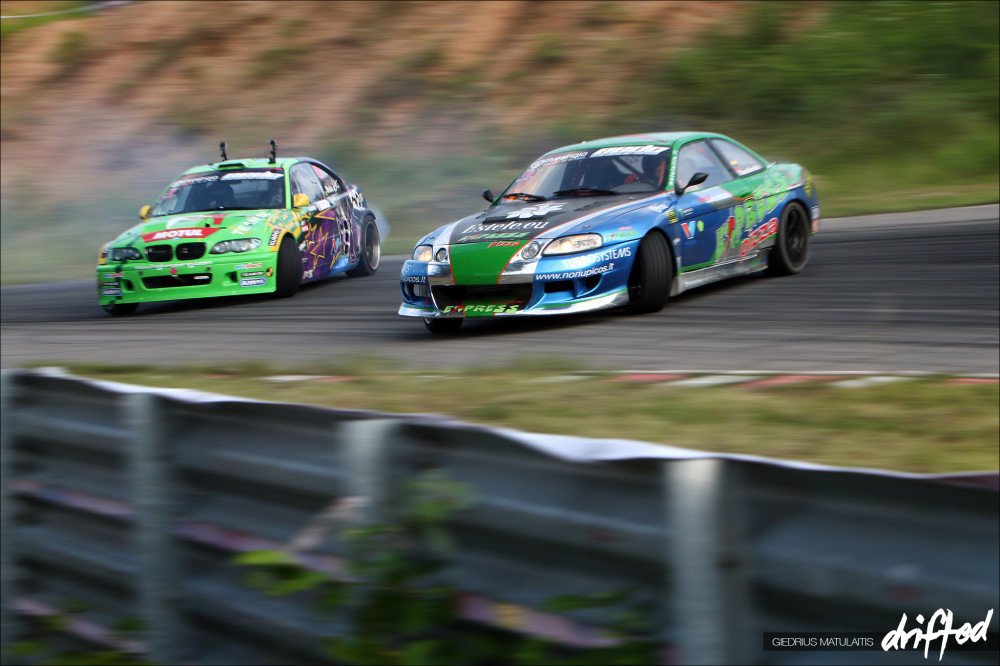 Meanwhile Timas Simniška lost out in his semi-final to Kristaps Blušs. The pair went into a One More Time for the decision; one that Simniška tried to protest. The ruling held, meaning that Blušs went on to the final. 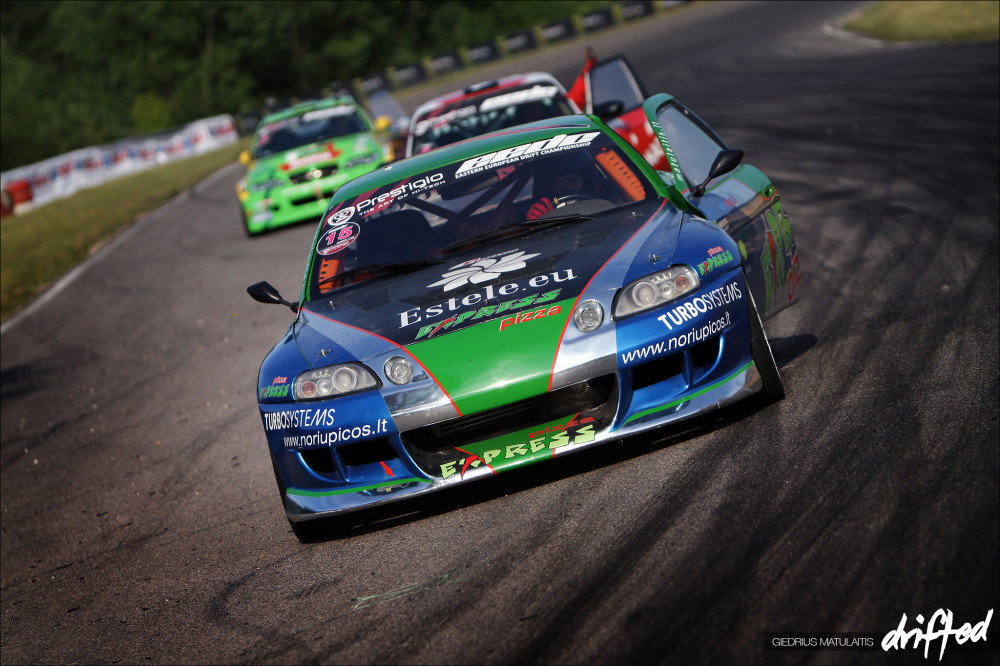 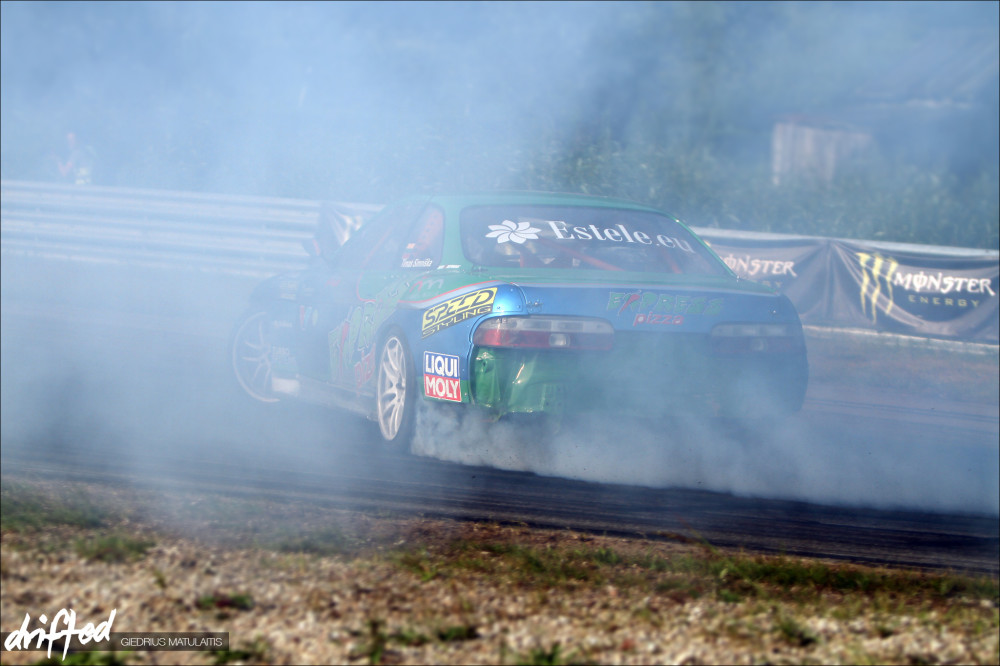 Timas watched Pawel repairing his car to stay in the race, and decided that the work can’t go to waste. He took the fight, ending it out on the track.

Pawel won the battle and got his third place finish, finally, after all the problems, blown engines and broken suspension that this season has been throwing at him. After this, one last fight awaited; Mantas Kulvinskas and Kristaps Blušs. 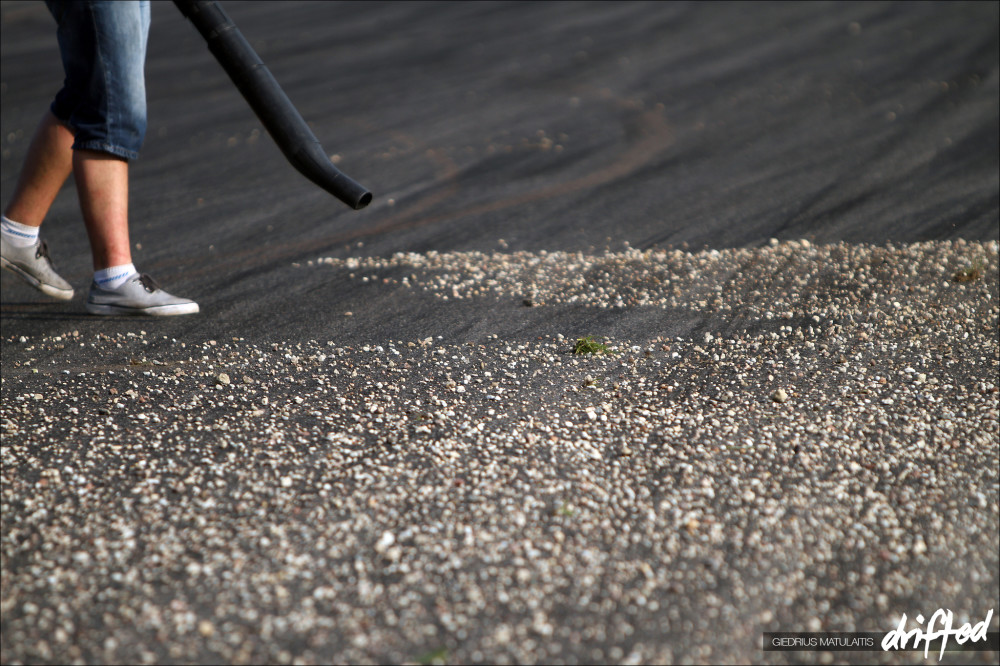 Engines started and the battle raged. Again, for the second year in a row, Kristaps had to settle with a second place finish, allowing the local boy Mantas Kulvinskas to take the top step of the podium.

This was a real push for Mantas, as he’s usually found somewhere around the Top 16. 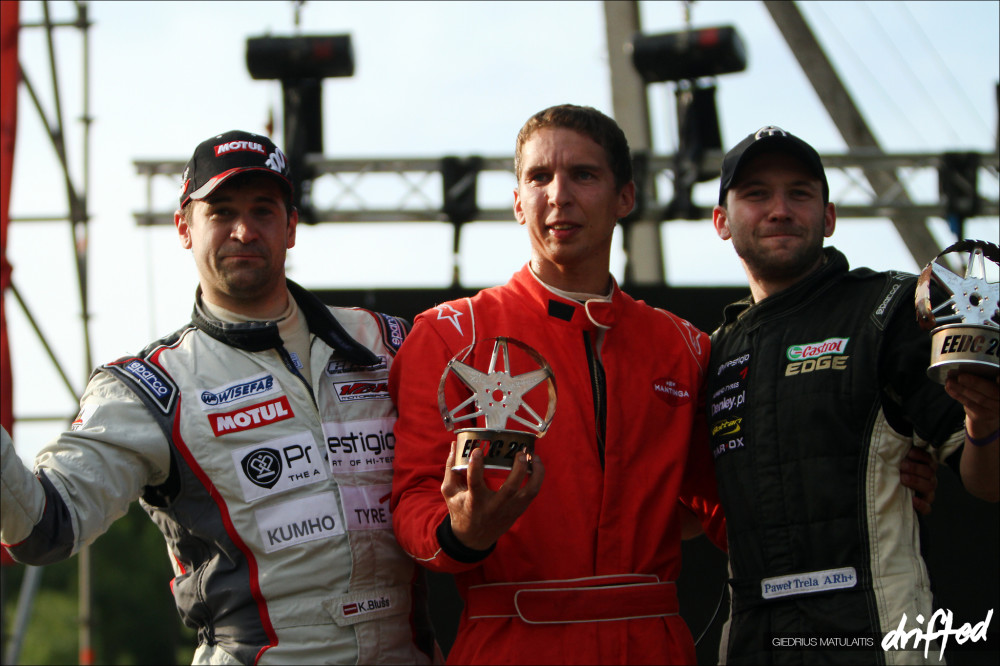 Congrats to Mantas, and thanks for checking in here to read about the third round of the EEDC! 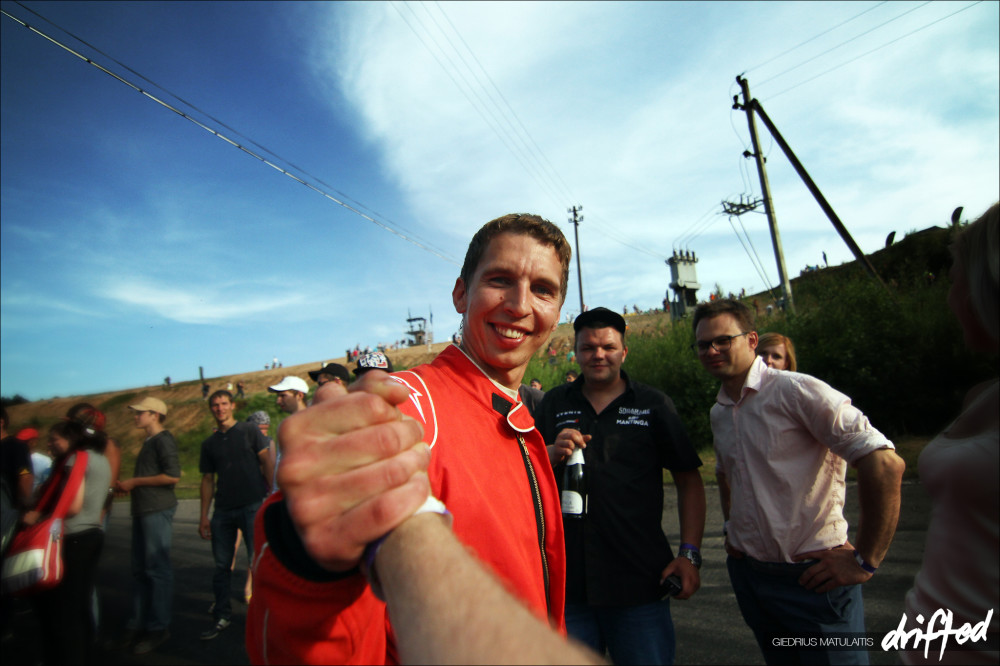