FEATURE: An S15 With Heritage

Does anybody remember this car? It might look a bit gloomy where it sits now, but this is team Driftspeed and Ueo’s Ex-Formula D RedBull Drifting World Championship S15, held back in 2008 in California. It has also run in D1 in Japan and Formula D Stateside. It is now owned by Thomas ‘Thompa’ Pettersson, who is currently rebuilding it for the coming season. It will be a part of some big moves on the Swedish drifting scene, with the JDM-importer and media outlet Superior Imports, getting involved big time. 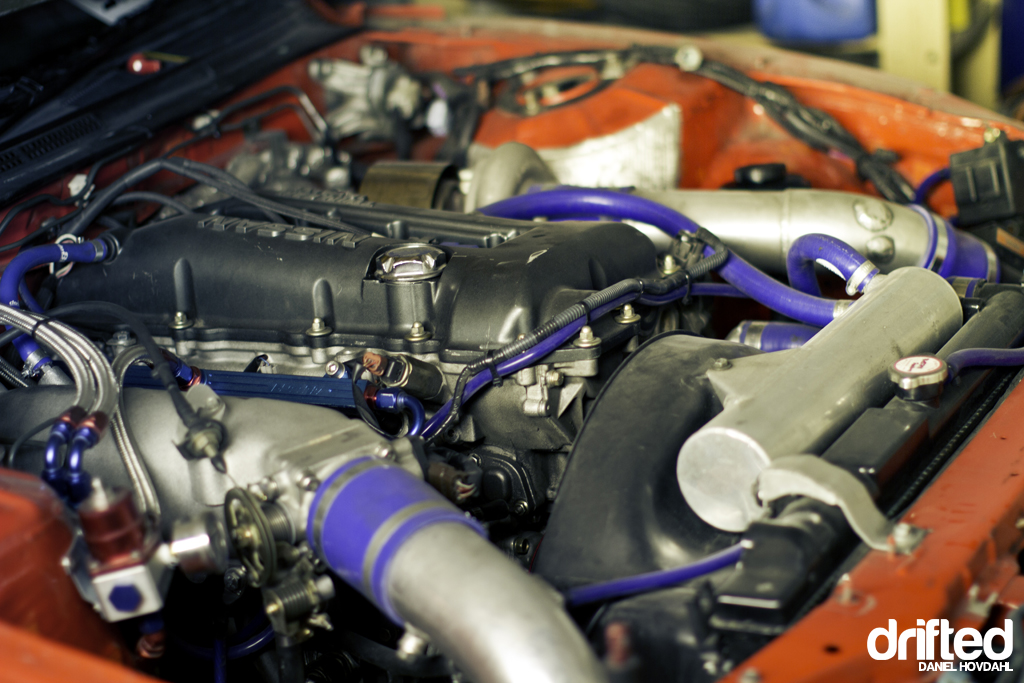 This is the heart of the beast. Making 500bhp with 600nm cranked out at 1.7bar through the 2.0Liter SR20 Black Top powerplant.

Interior-wise it is strictly business. Toora Bucket’s to go with the Toora Safe6 6-point harnesses, Formula D-spec Rollcage fabricated by Techno Square. And if you have a keen eye, you’ll see a  4 speed Gforce GSR dogbox in there.

Paint wise it’s due for some changes. Although the body will stay mostly the same, with the Wise Square / Behrman bodykit – which is off to a bodyshop to get patched together and prepped for paint.
This is probably the last chance we’re gonna get to see the car as it stands today, with the paintwork it has had since it left America. Off to new and exciting things!

The wheels is it sitting on are Gram Lights 57SPro Polished with Titanium Lip, with a staggered 18×10 and 17×9 setup. Rear and front respectively.

It’s always good to have someone to help you out during an impromptu-shoot. Thanks Micke and Thompa!