Equality – Form and Function In The S13

Super wide, super aggressive, driven super hard AND running ridiculous wheel fitment. Who says you can’t have everything? We take a look at one of Norway’s most extreme S13s. 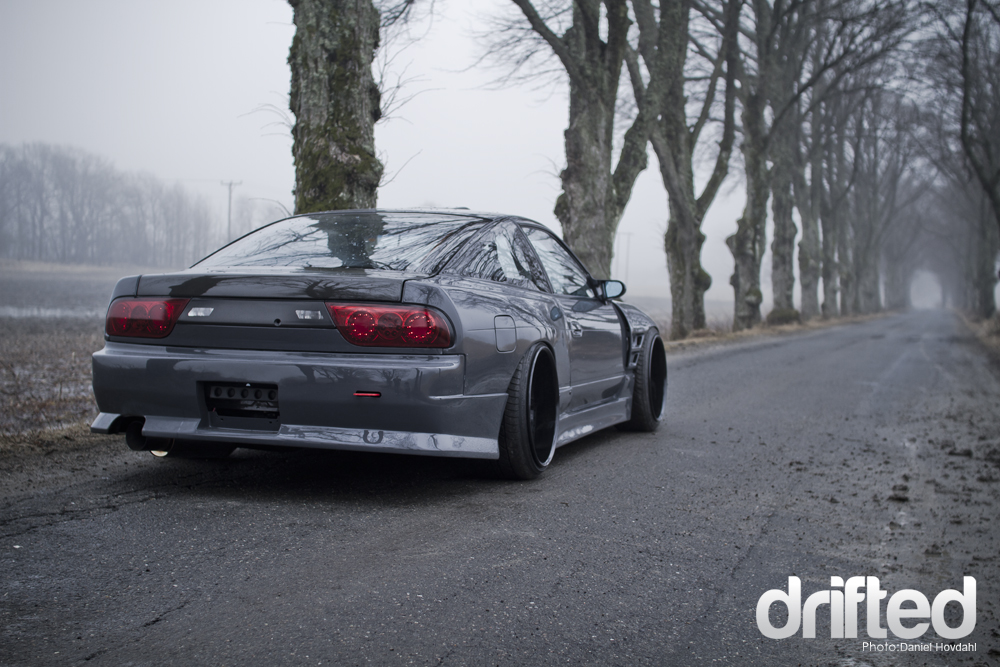 Time to hit the road and find this rare S-Chassis.

Myself and my good friend and fellow photographer, Henrik Oulie, took a little trip early one Sunday afternoon, to take a look at a very special piece of Japanese machinery.

Rolv Anders Jacobsen is the owner and builder of this particular car. He is a 26 year old industrial mechanic, living in Greåker here in Norway. 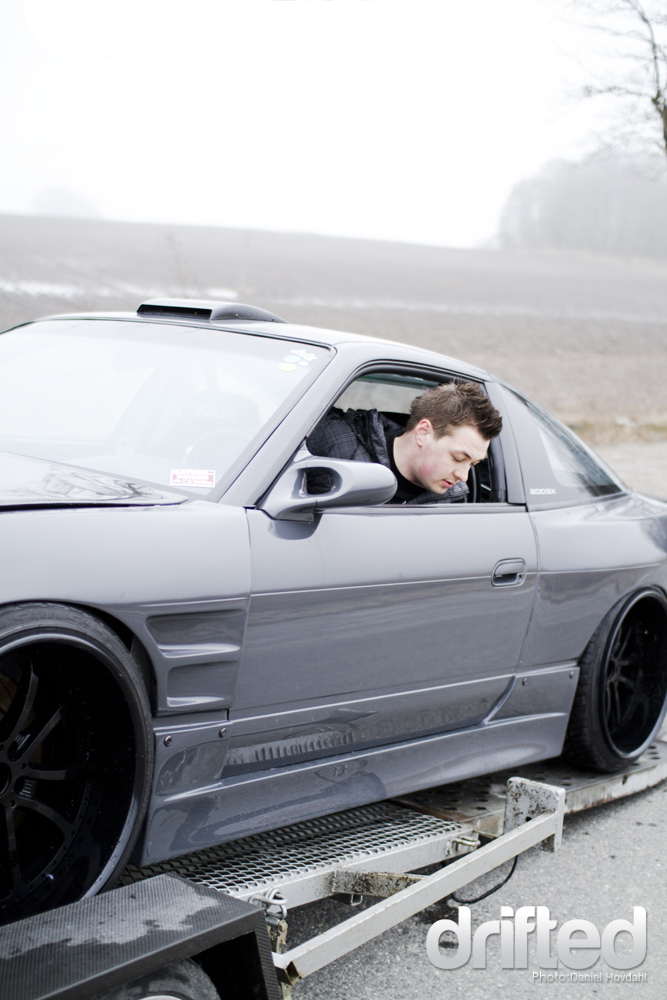 … He said, and I quote, it was meant as a daily. Only rims, coiloverkit and minor engine modifications to begin with… 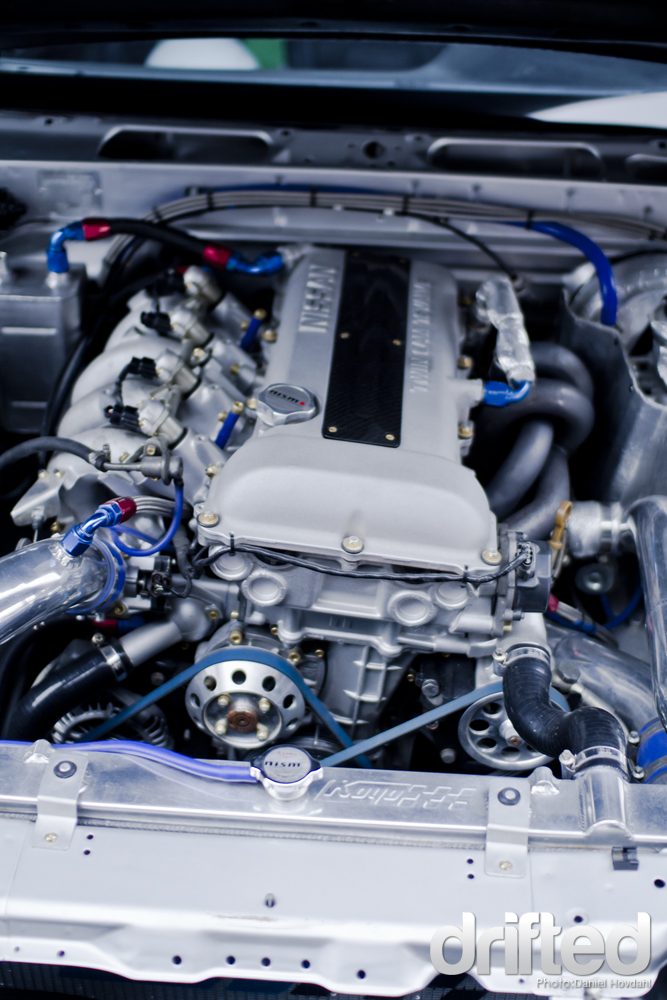 … But that didn’t last long! A couple months after it got on the road, the infamous CA18DET said farewell to the world and a new engine was needed. An SR20DET Redtop, from an 180sx, was sourced…

At that point, he decided it was time to pull out all the stops and build a Pro spec Drift/track car. 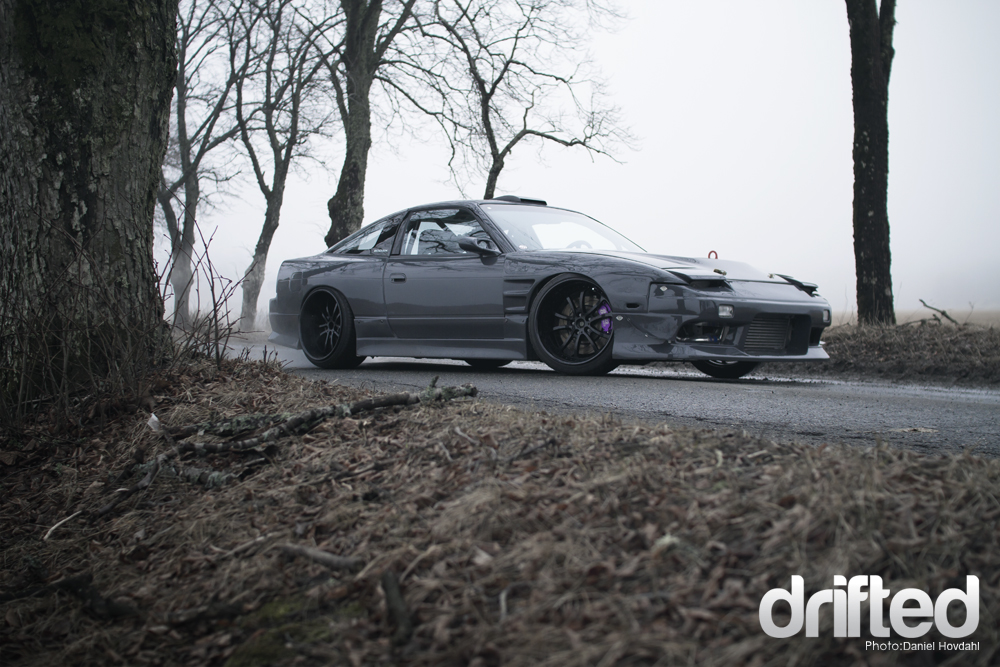 2 years in the making, it stood finished the way he wanted it to be. Engine wise, exterior, interior and suspension was to his liking. Immaculate.

The next two years, the car was a rolling project. It underwent both minor and major transformations, including a respray last year. It does look rather evil in its new colours, doesn’t it? 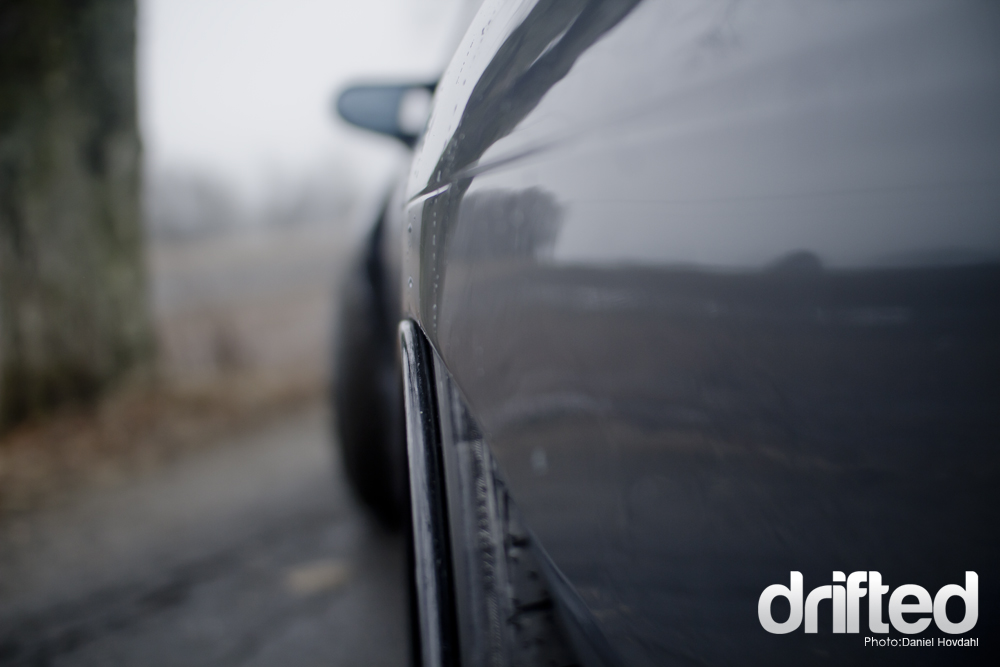 What adds to the sheer devilness of the car, is the fitment on it…

… When the backside of the lip scrapes the outside of the arch. It’s a static drop too… My mind is blown!

Rolv watches us parade around the car capturing light…

… In all sorts of weird stances to get the right angles! 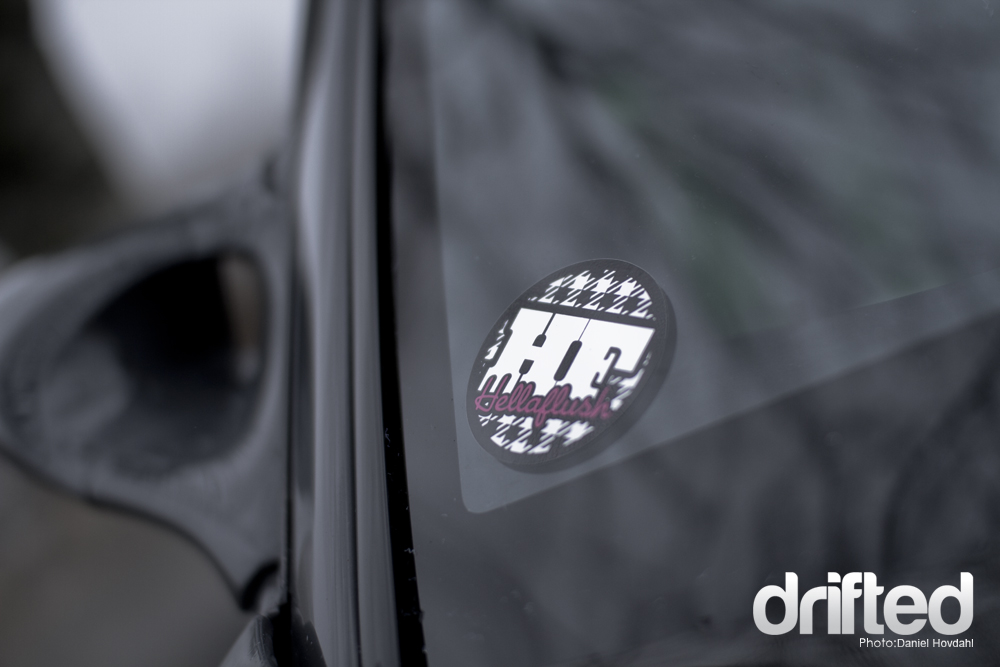 The downside to having a shoot on public roads, traffic.

Enough from this spot. Roll out, Autobots! 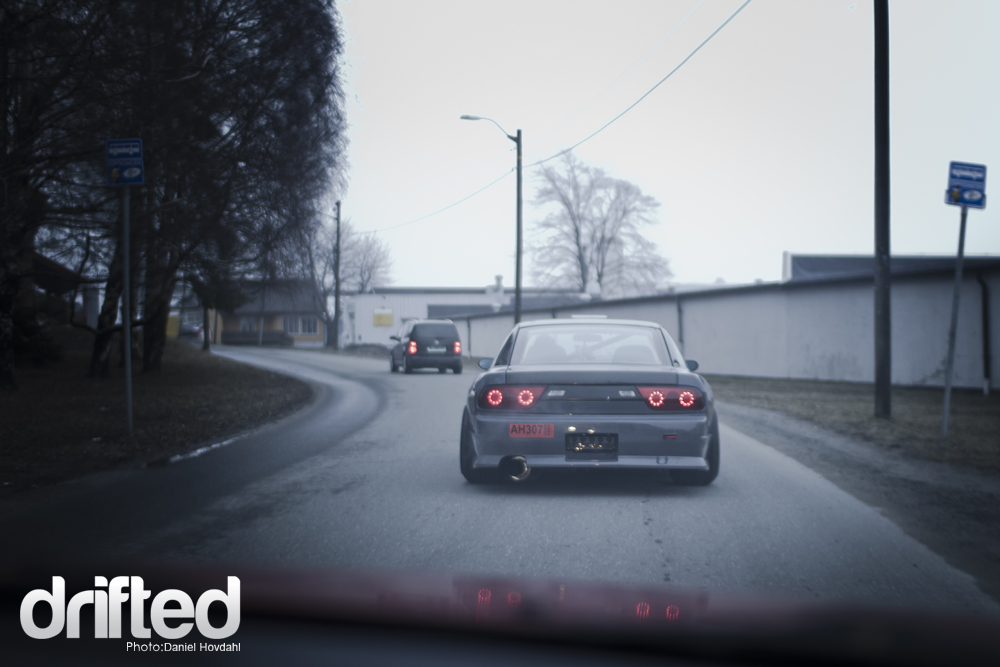 Some rolling shots were on the agenda… 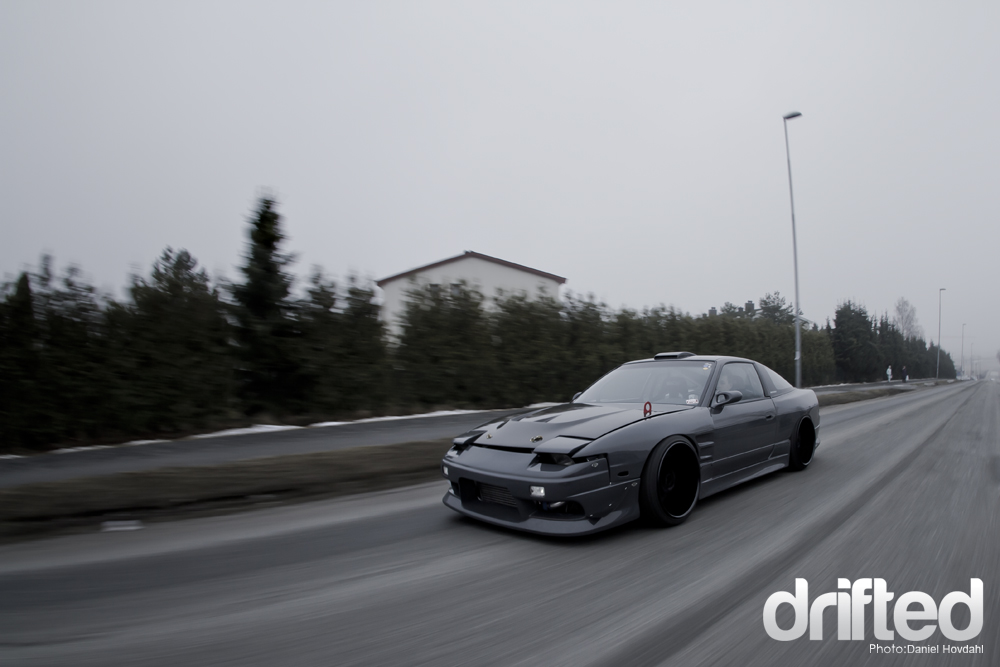 To see this car, with its rock hard, static suspension, bouncing over potholes and cracks in the pavement. It is a very special and unusual sight with our road standards being rather poor. 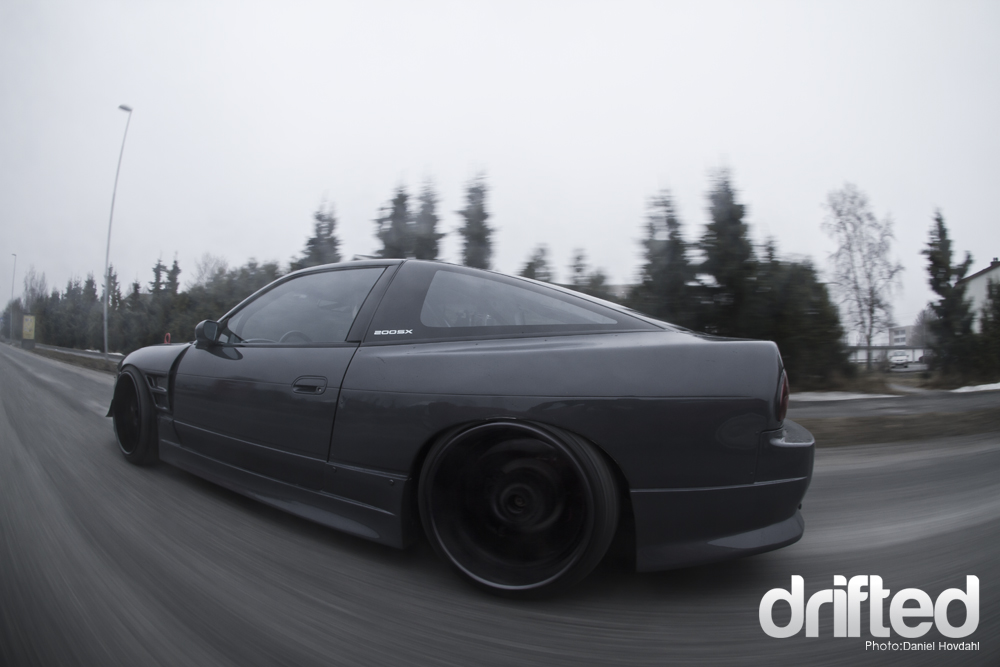 I risked my camera for this shot, letting it hang just a couple feet above ground with no strap. It was worth it. 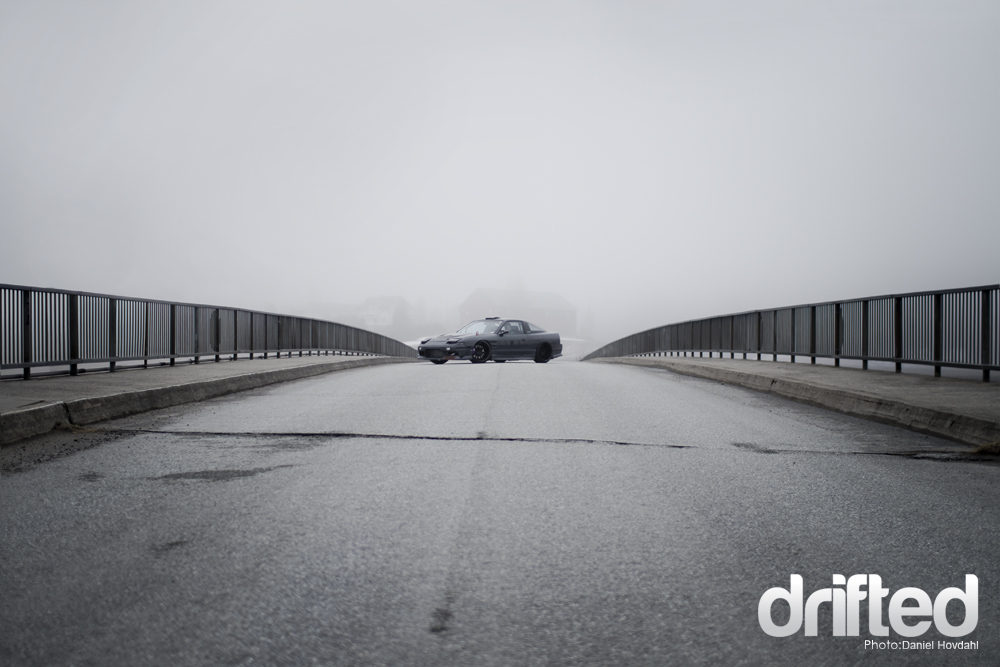 On our ventures to capture some rolling shots, we stumbled upon this bridge by chance, over the interstate near an industrial area. Half the fun is the hunt, for the perfect picture.

Rolv is a privateer, no sponsors, no team, all for the fun of it. He doesn’t even compete! He drives this thing hard, just for the heck of it. 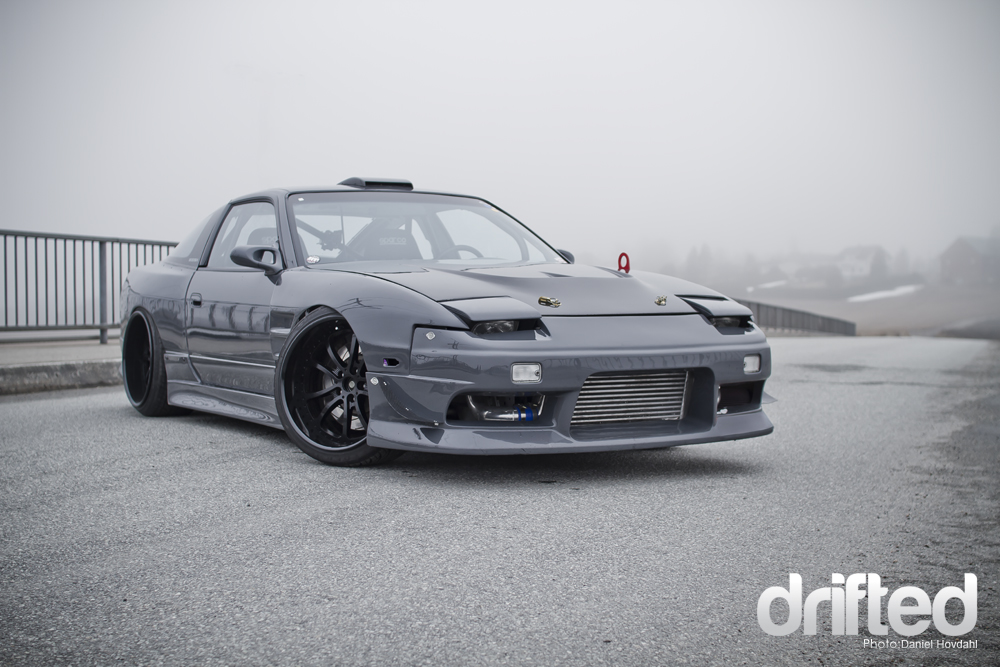 Another shot of it for good measure. 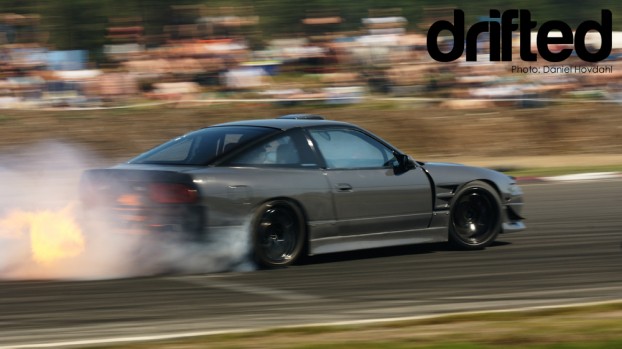 I know what you might be thinking… Oh this is just another lifestyler car. Oh but it isn’t.

Light was fading fast, so we went to an underpass parking lot, behind a big mall to take one last walkaround the car, before we all parted ways.

Interiorwise this car is fullbred street style. All the panels are original. Just the essentials are added: Cage, seats, harness, snap off and a drift button.You gotta be comfortable, right? 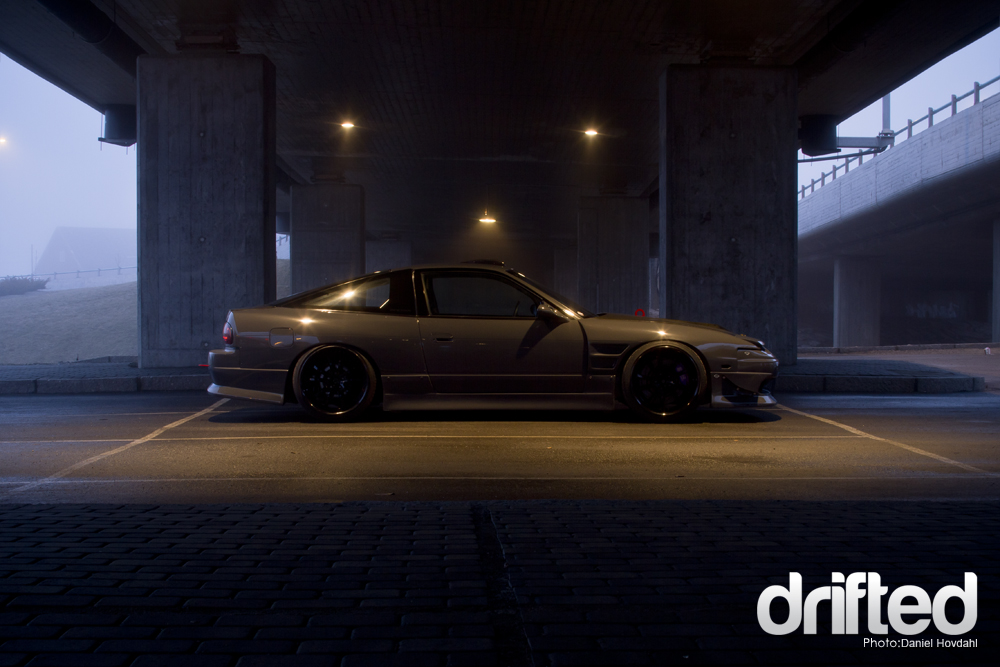 While under this tunnel admiring this piece of metal, I felt like I was 10 years old again playing Need For Speed Underground. It is a sight I will never forget.

If you’d like to learn more about why so many drifters chose the S13 then check out our 7 Reasons Why The Nissan S13 Is The Best Drift Platform For Beginners article. 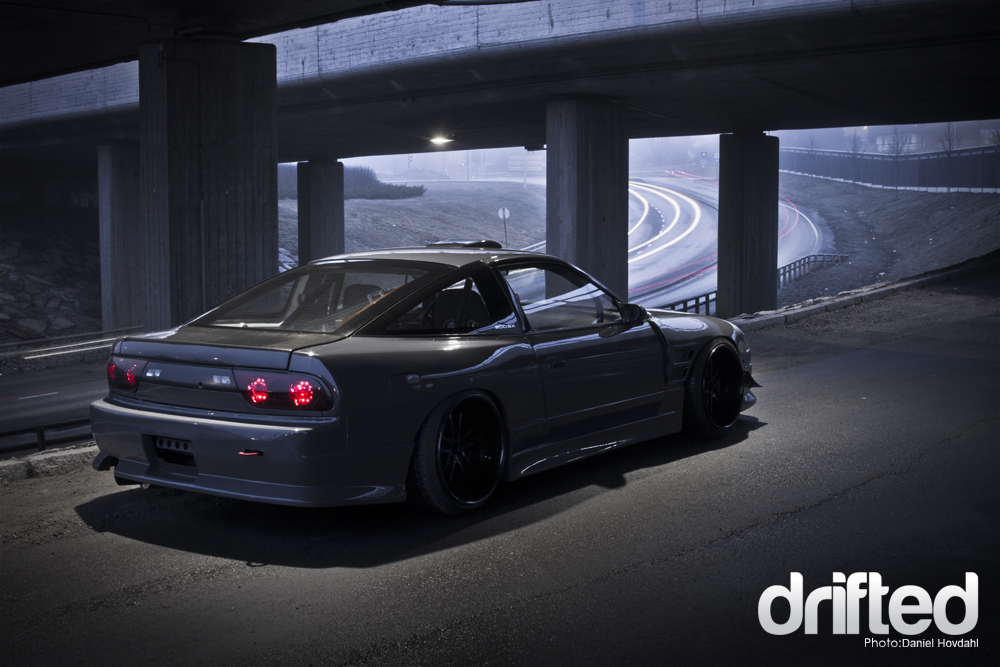 When the light slowly dissapeared, Rolv’s S13 notched a new dimension on the scale of badass… 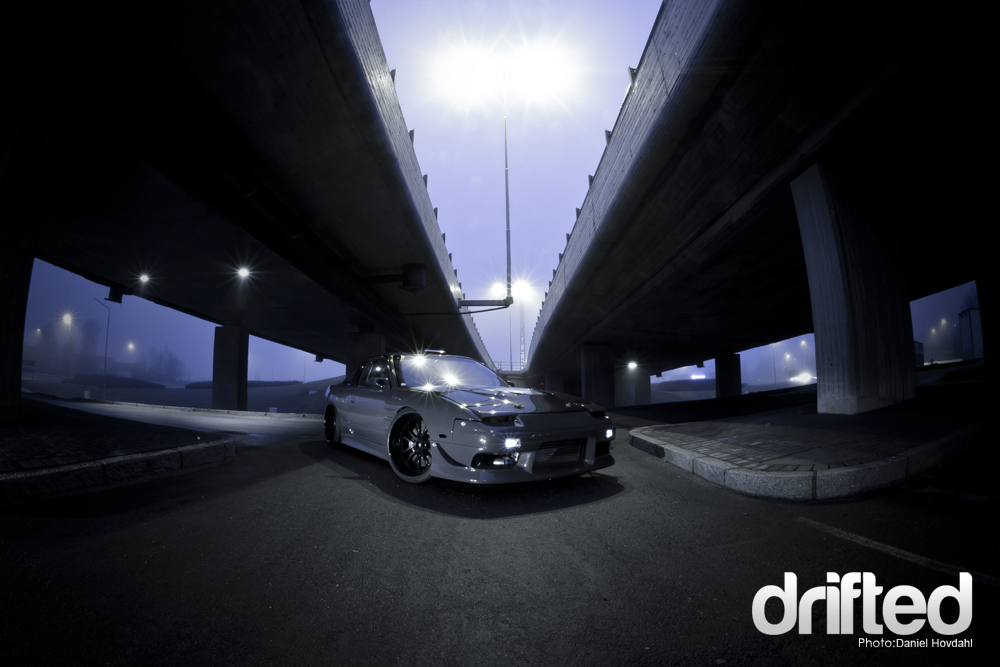 Are you running an S13 and looking at suspension upgrades? Check out our Ultimate S13 Coilover guide.

If Satan drove an S13. This would be it.