We Need To Talk About The Future Of Drifting 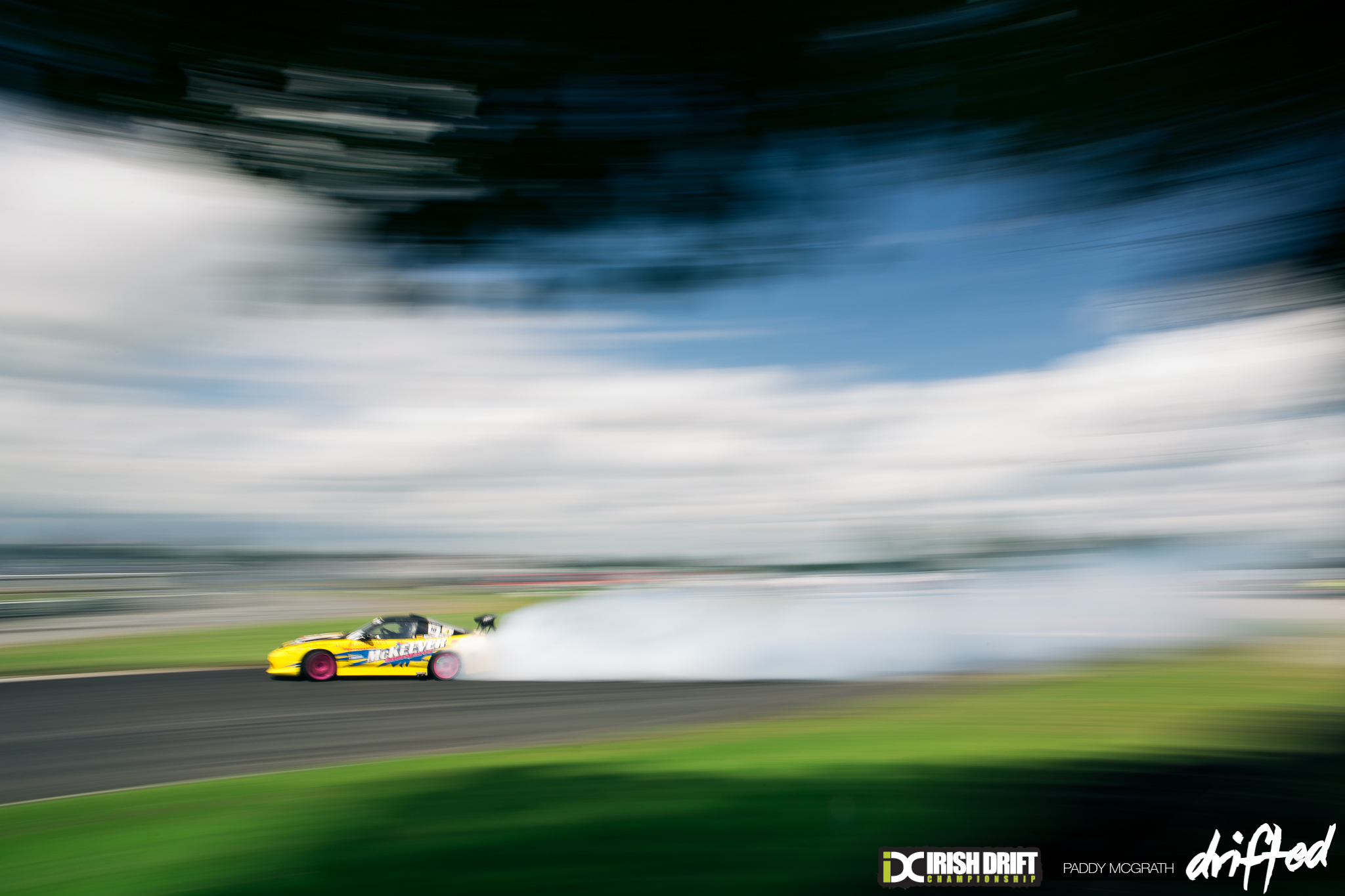 If you’re reading this, then the motorsport from Japan has probably had at least some sort of impact on your life. As when it comes to drifting, people are either fully committed to the cause or completely averse to it. 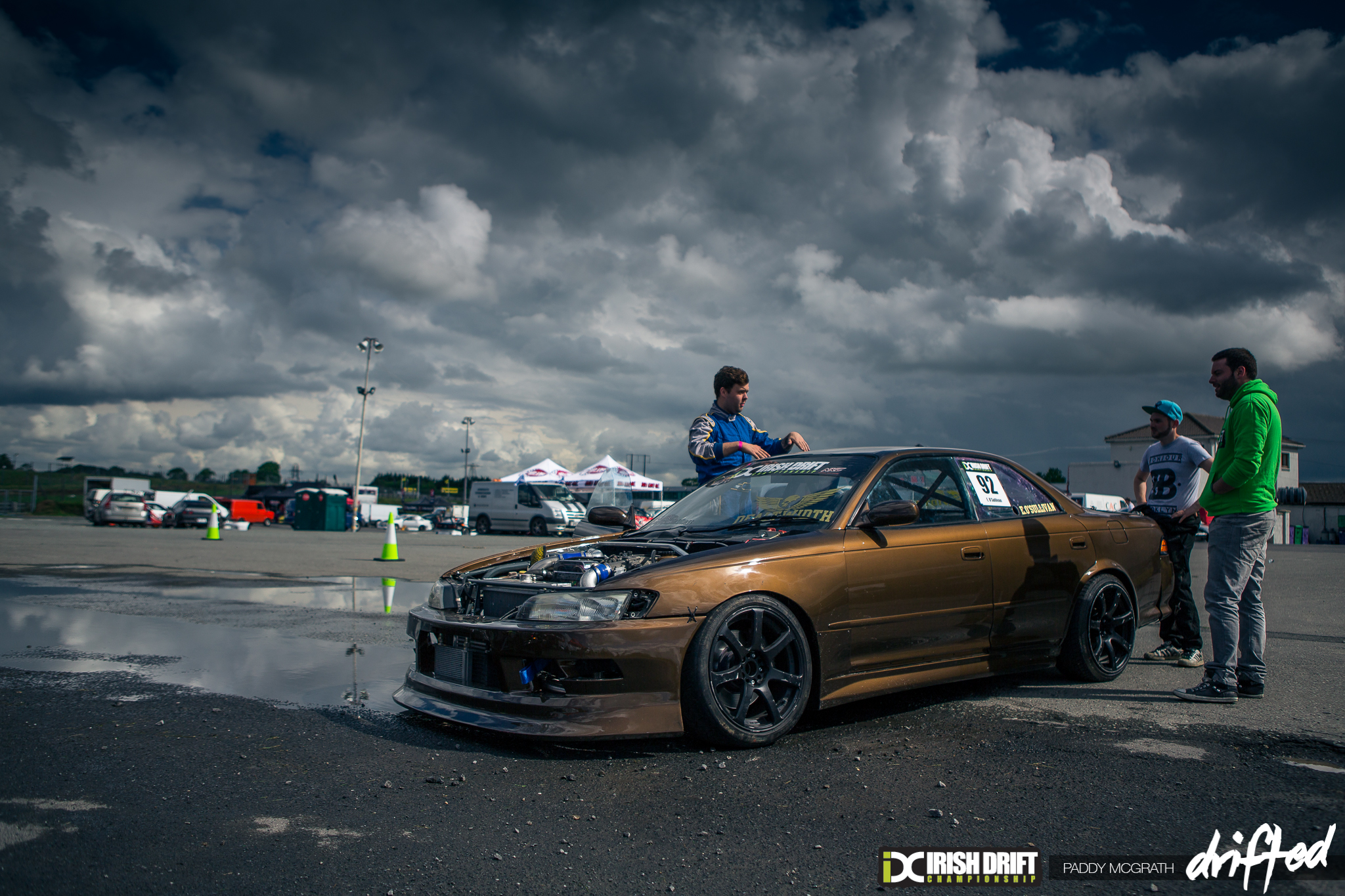 New to drifting? Try this – what exactly is drifting?

It’s this divide that only strengthens our viewpoint on the sport and continues to polarise opinions. Whilst this is fine for the most part, everyone is perfectly entitled to his or her opinion of course, it does create a more serious problem. 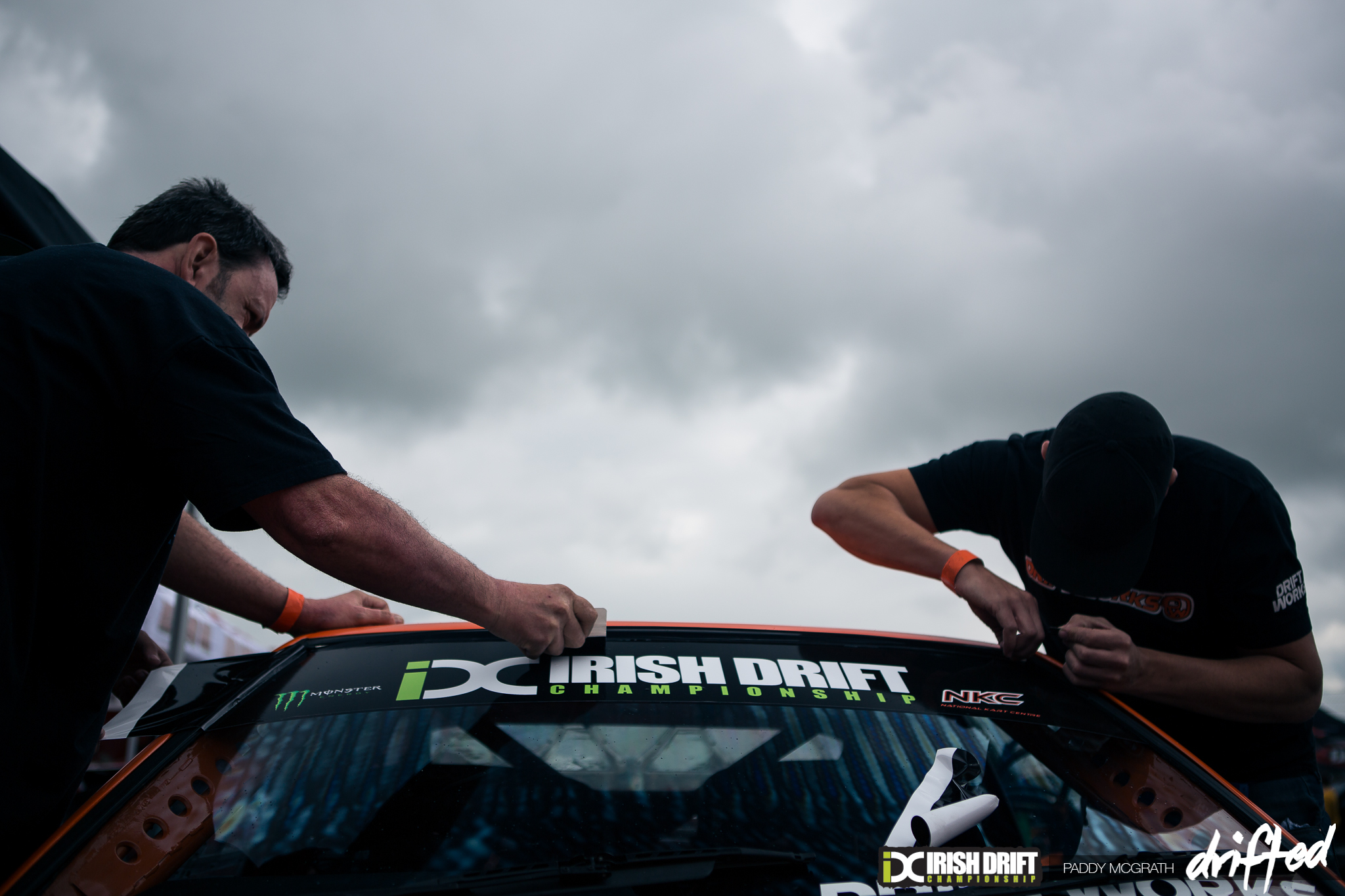 When someone is backed into a proverbial corner during an argument, their opinions and ideas become further and further cemented in place. During the course of discourse, it becomes more important that they see themselves to be right than to open their mind to thoughts and suggestions from the other side. 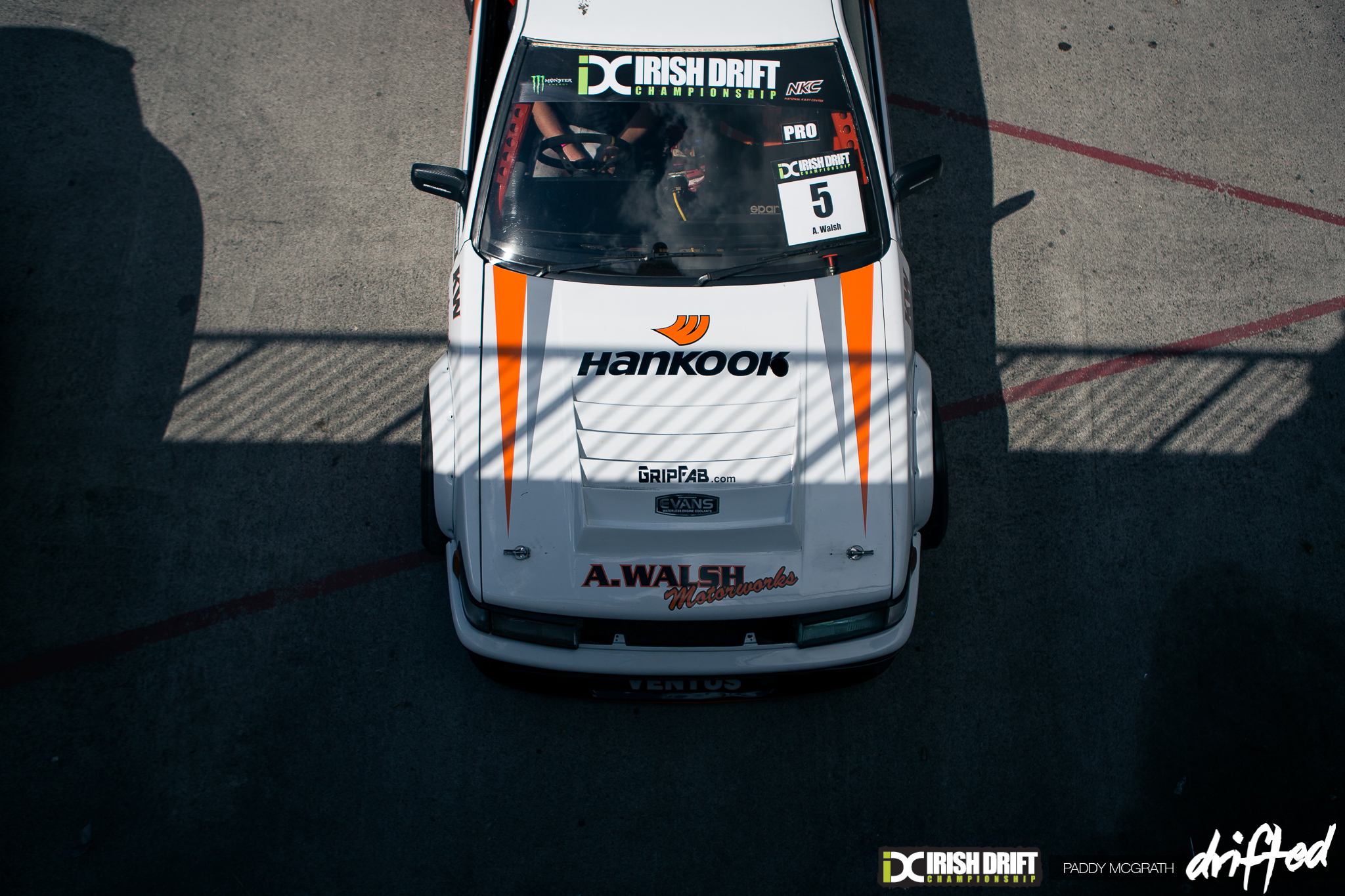 All of us are guilty of this at some stage during our lives. 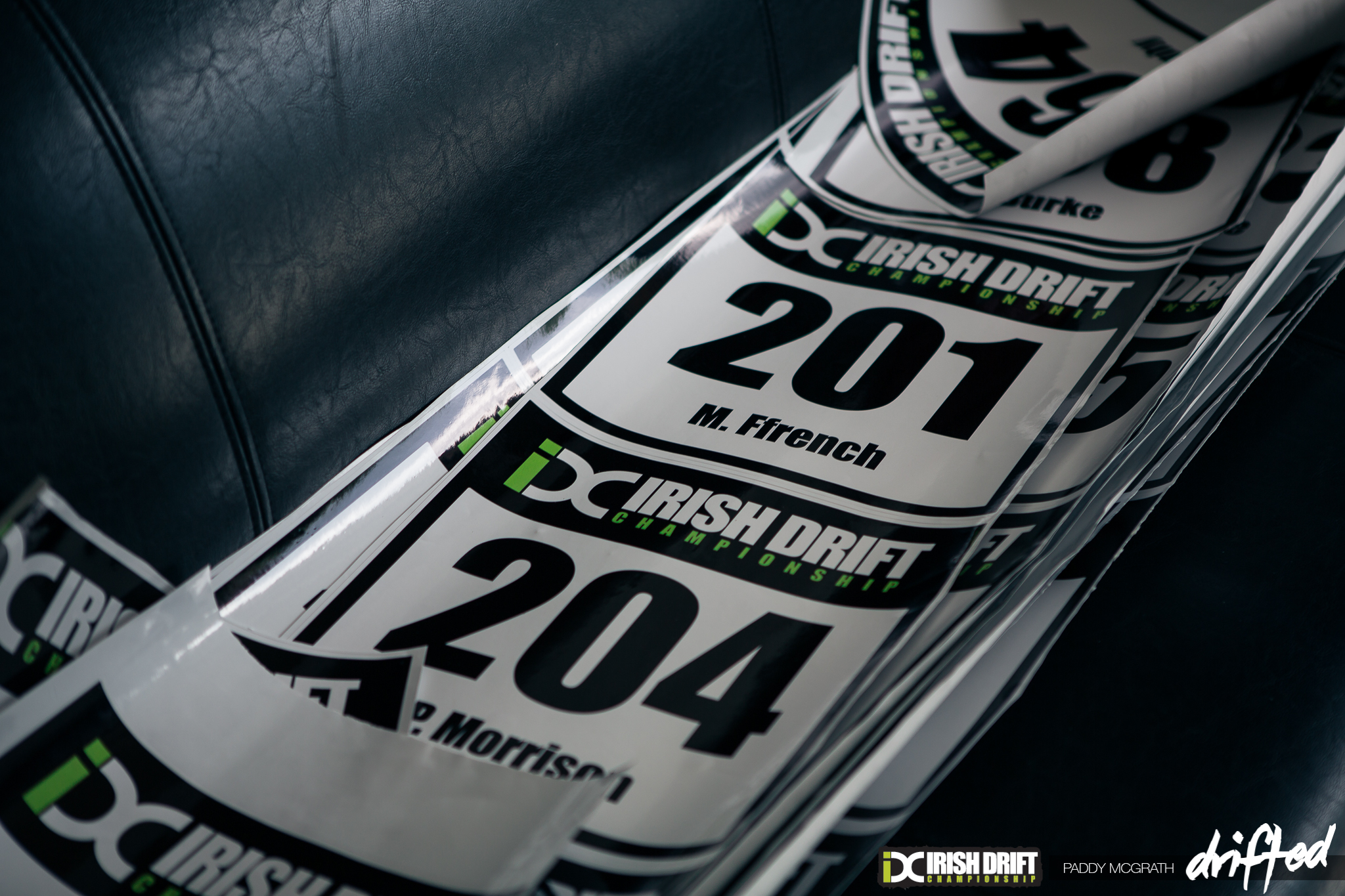 We don’t do this out of anger or anything like that, but rather a misguided form of passion. As the years roll onwards, this misguided sense makes it more difficult for us to open our eyes to any potential changes. We convince ourselves that we love this thing so much, that we must do everything in our power to keep it exactly as it is. 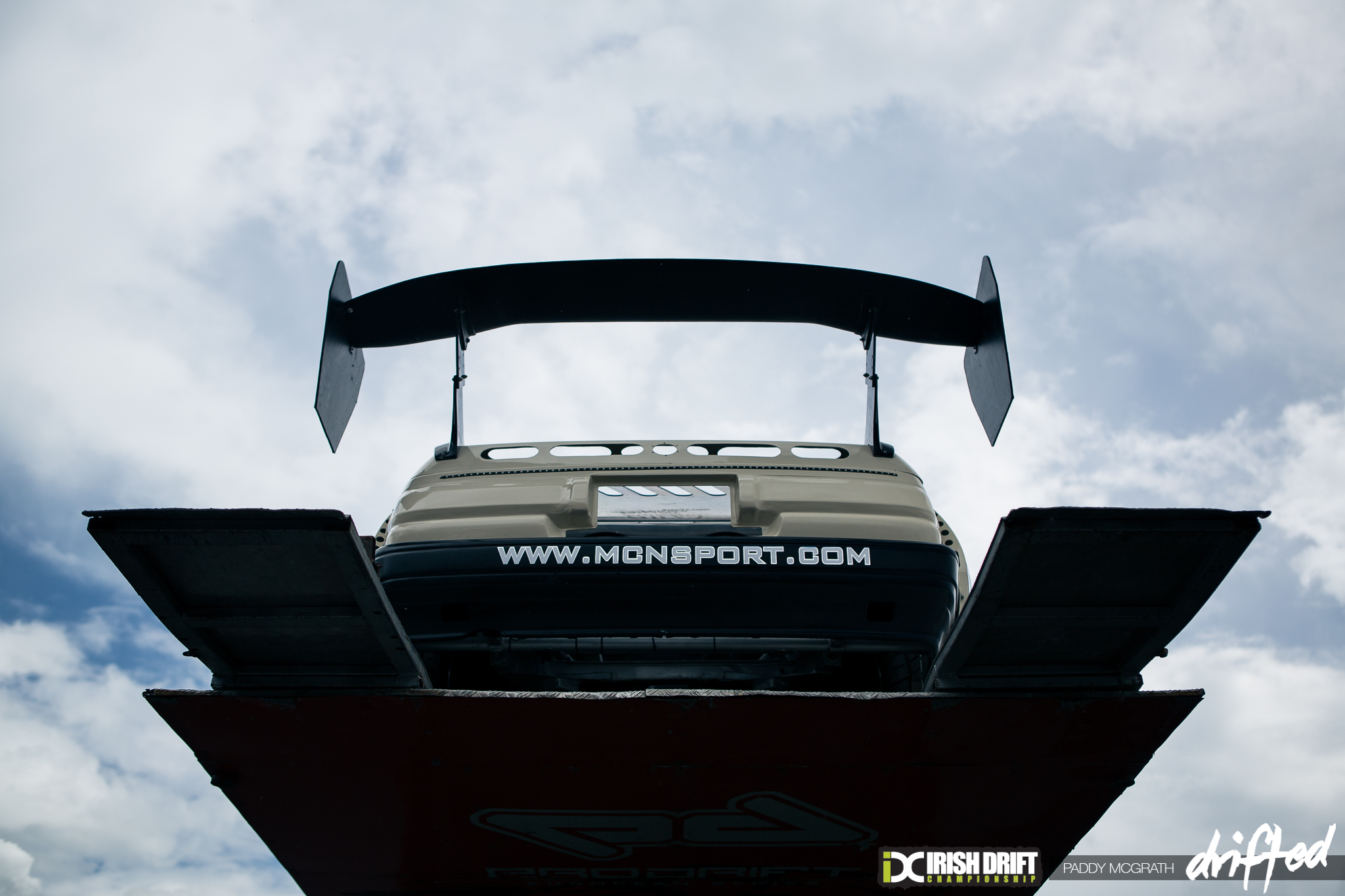 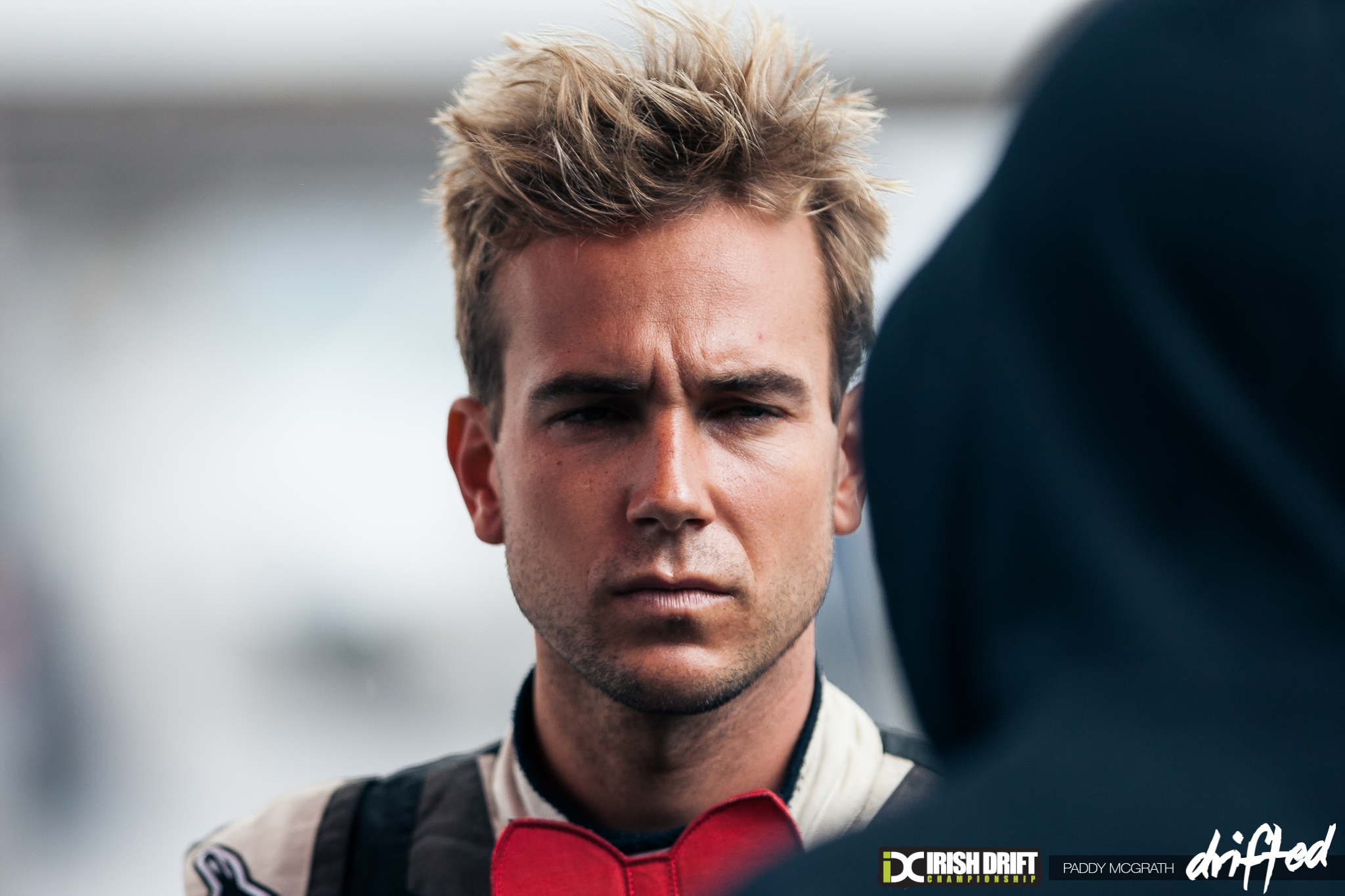 Let us just take a step back for a minute first… 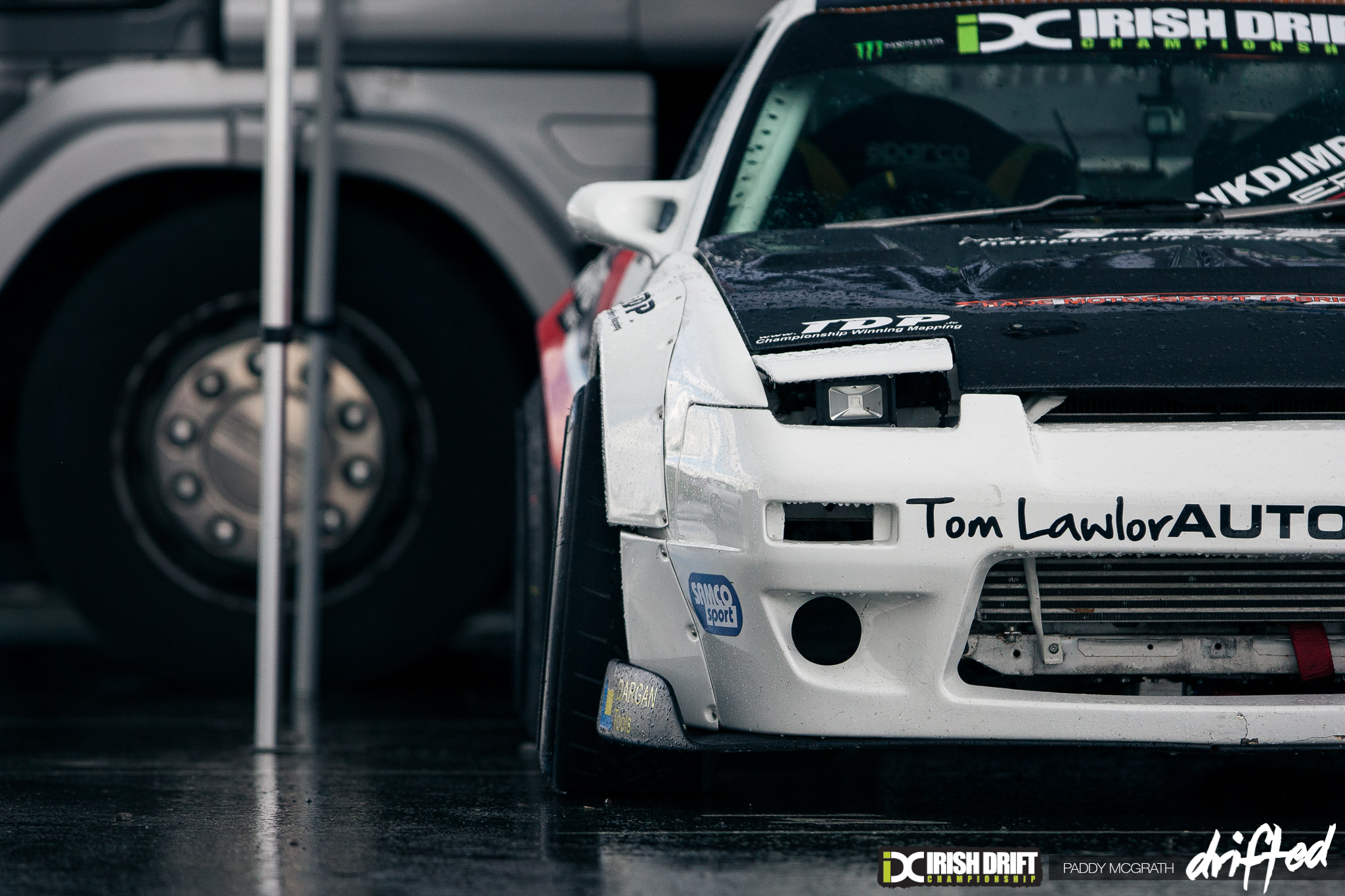 We all have our own stories and experiences of how we were first introduced to drifting. For some, it was quite a recent introduction. But for most of us, our story goes back a little further.

For me, it was a visit to the Tipperary countryside in the early 2000s to document one of the first organised drift competitions in Ireland for a local car forum. 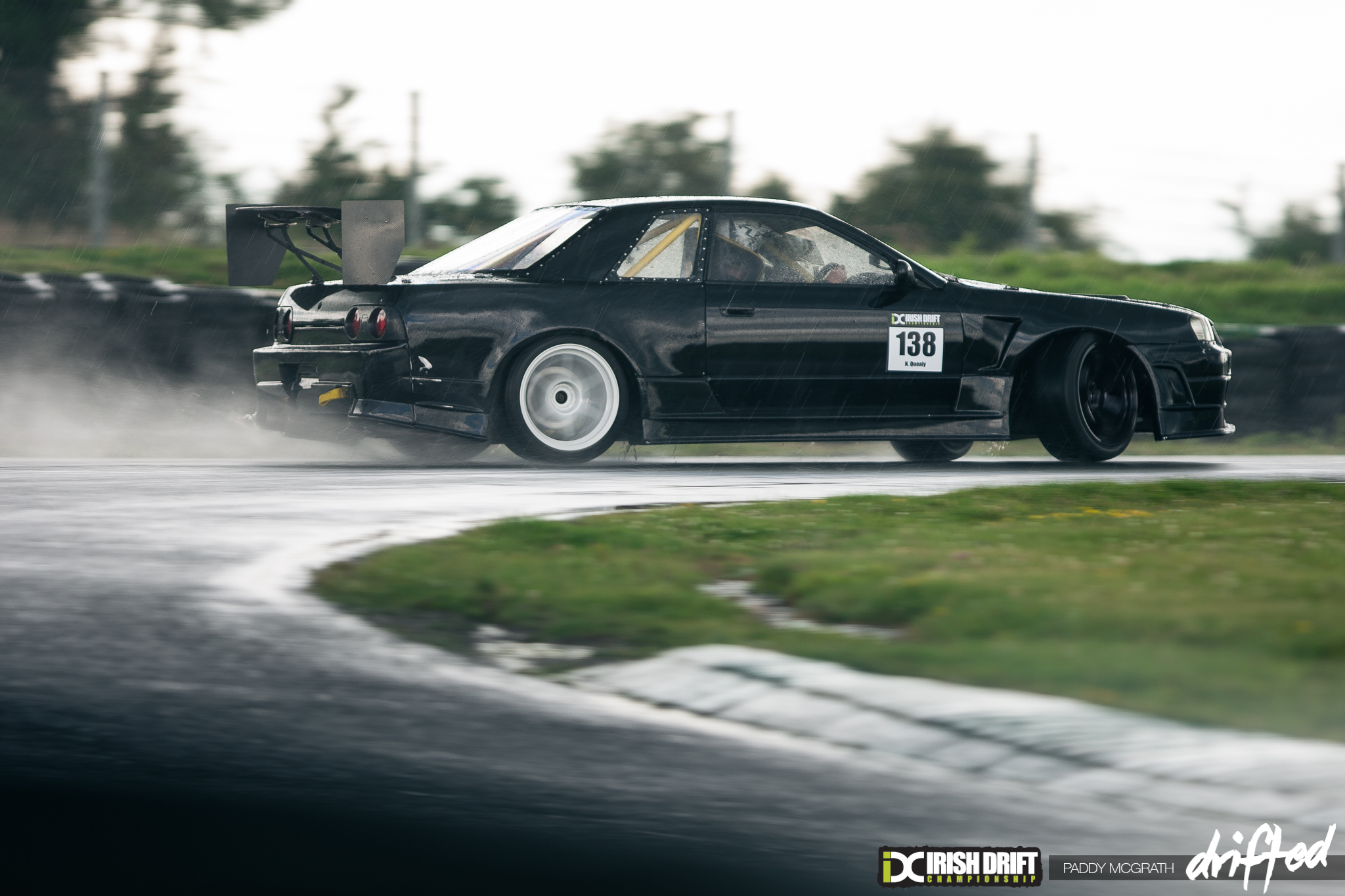 I didn’t know it at the time, but this would be the start of a long road for me which would allow me to create a career around the two things in life I love doing the most. Taking photographs and motorsport. 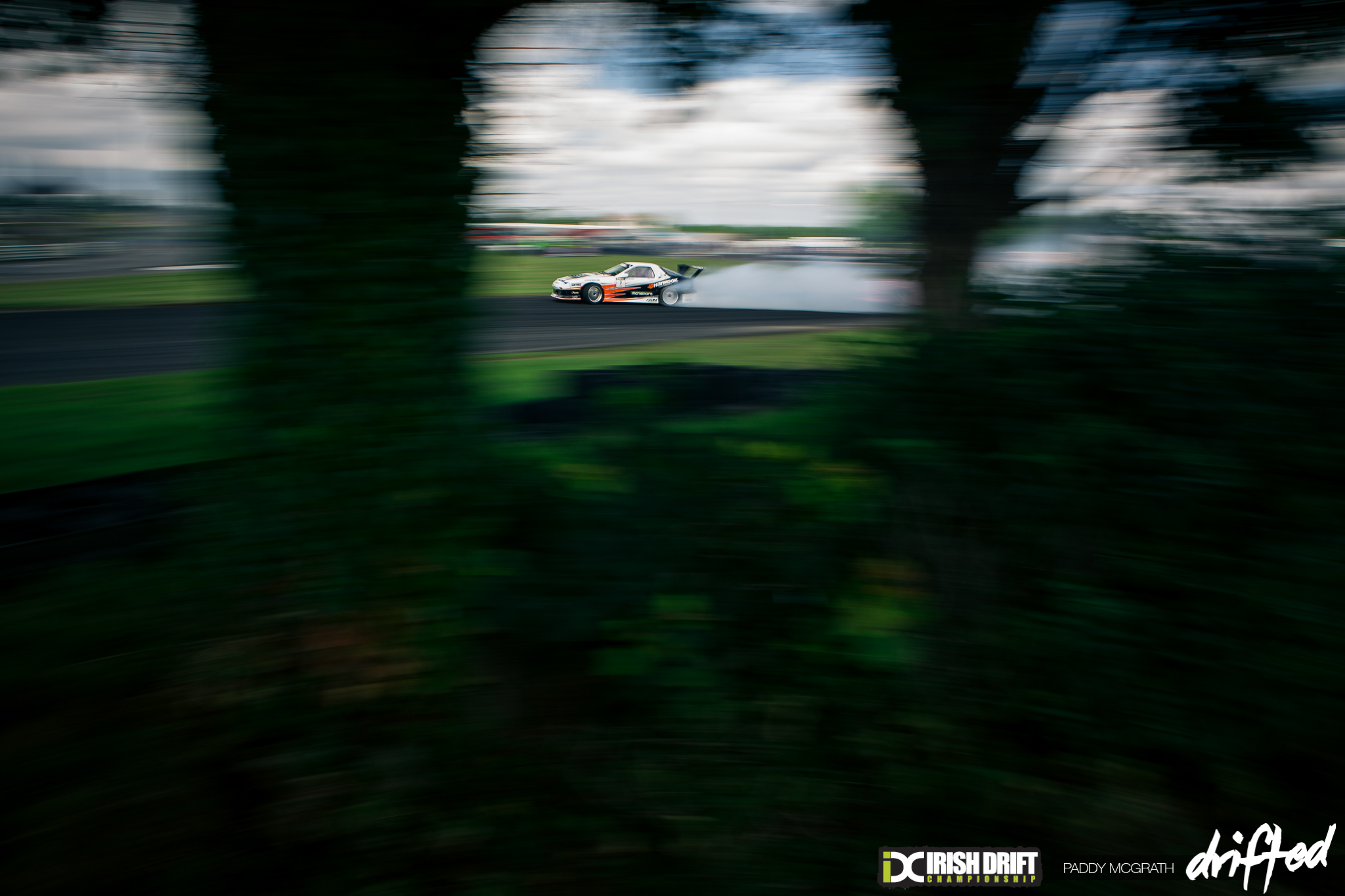 Above all of this though, what really happened that day was the foundation of friendships that have survived to this day. It was these drivers, organisers, mechanics, fellow media and spectators that came together to create the beginning of something special which has already lasted over a decade.

Drift car in bits and your out of cash? Try our excellent free drifting games.

As the years have progressed, I’ve been fortunate enough to witness the progression of the sport here. 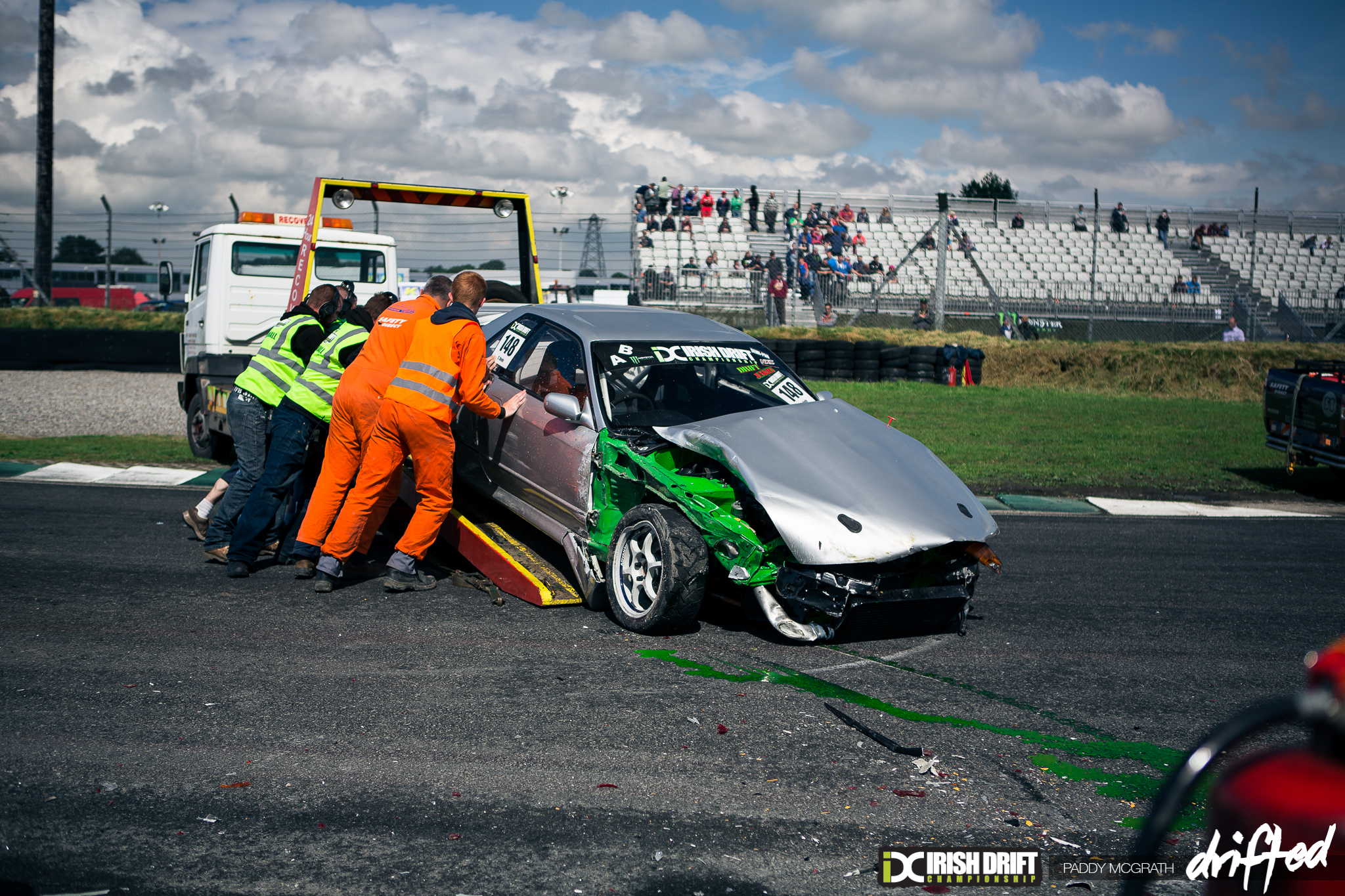 There was an absolutely meteoric rise until around 2008, both in talent levels and overall presentation, when the recession rocked the country to its core. 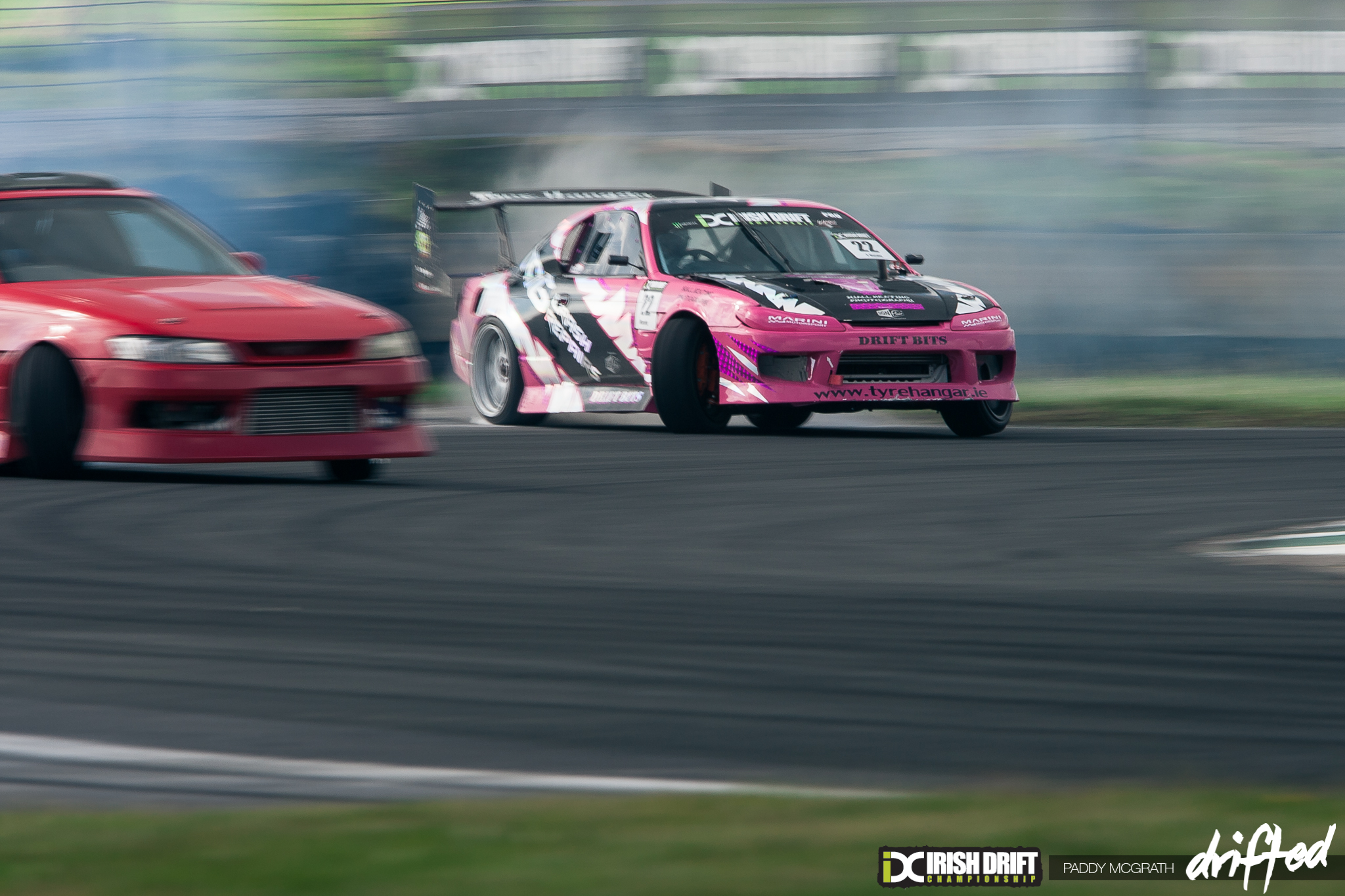 There were still plenty though who were willing to make the financial sacrifices to feed their addiction. Sadly, there were just as many who could no longer justify the increasing cost to stay competitive, especially with little chance of return on their investment. 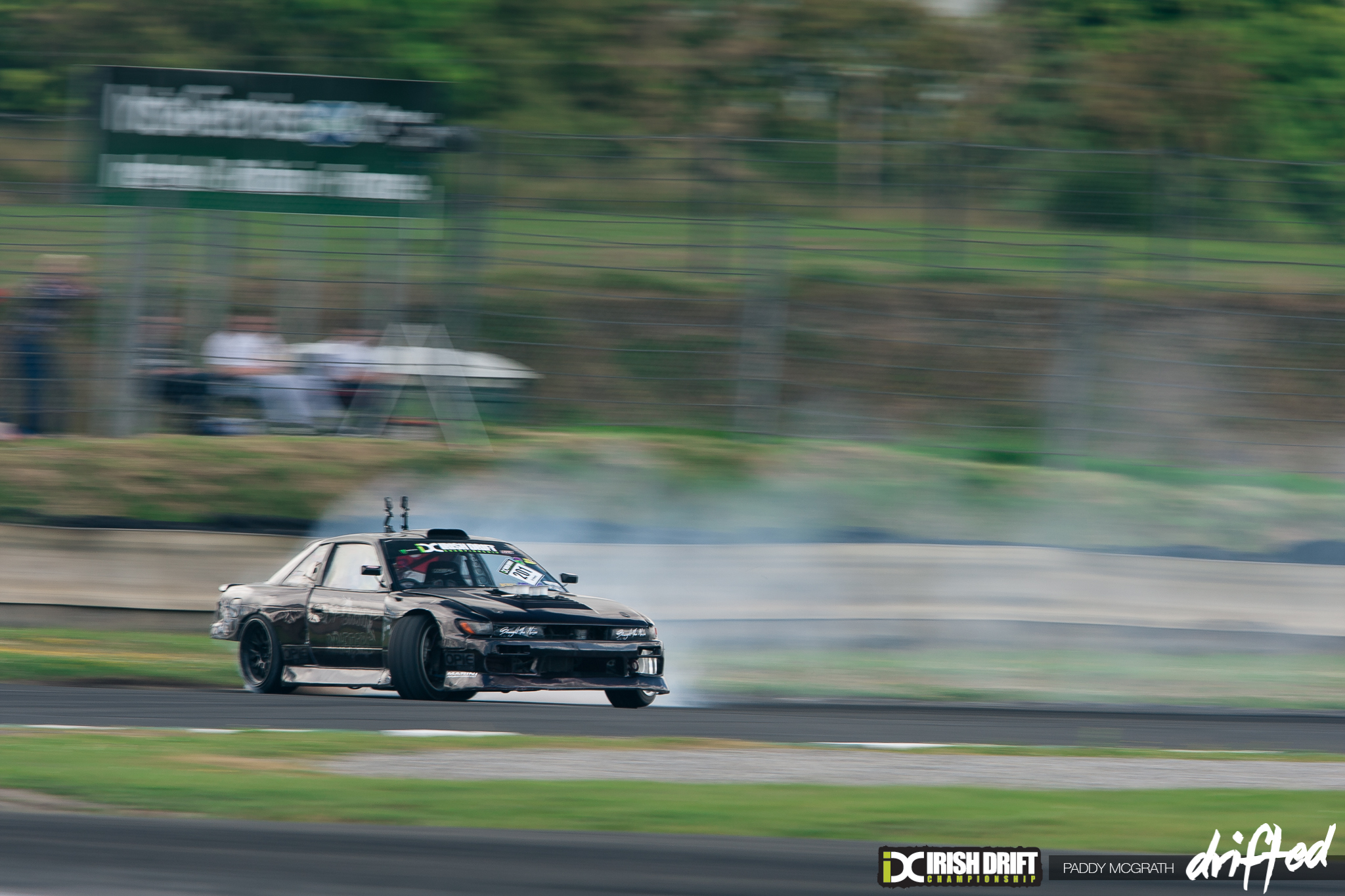 It was this last part that really got to me. Here were people I genuinely cared about, having to give up something they were incredibly passionate about. Because of money. What really stung though was that a lot of these guys deserved a backed drive. 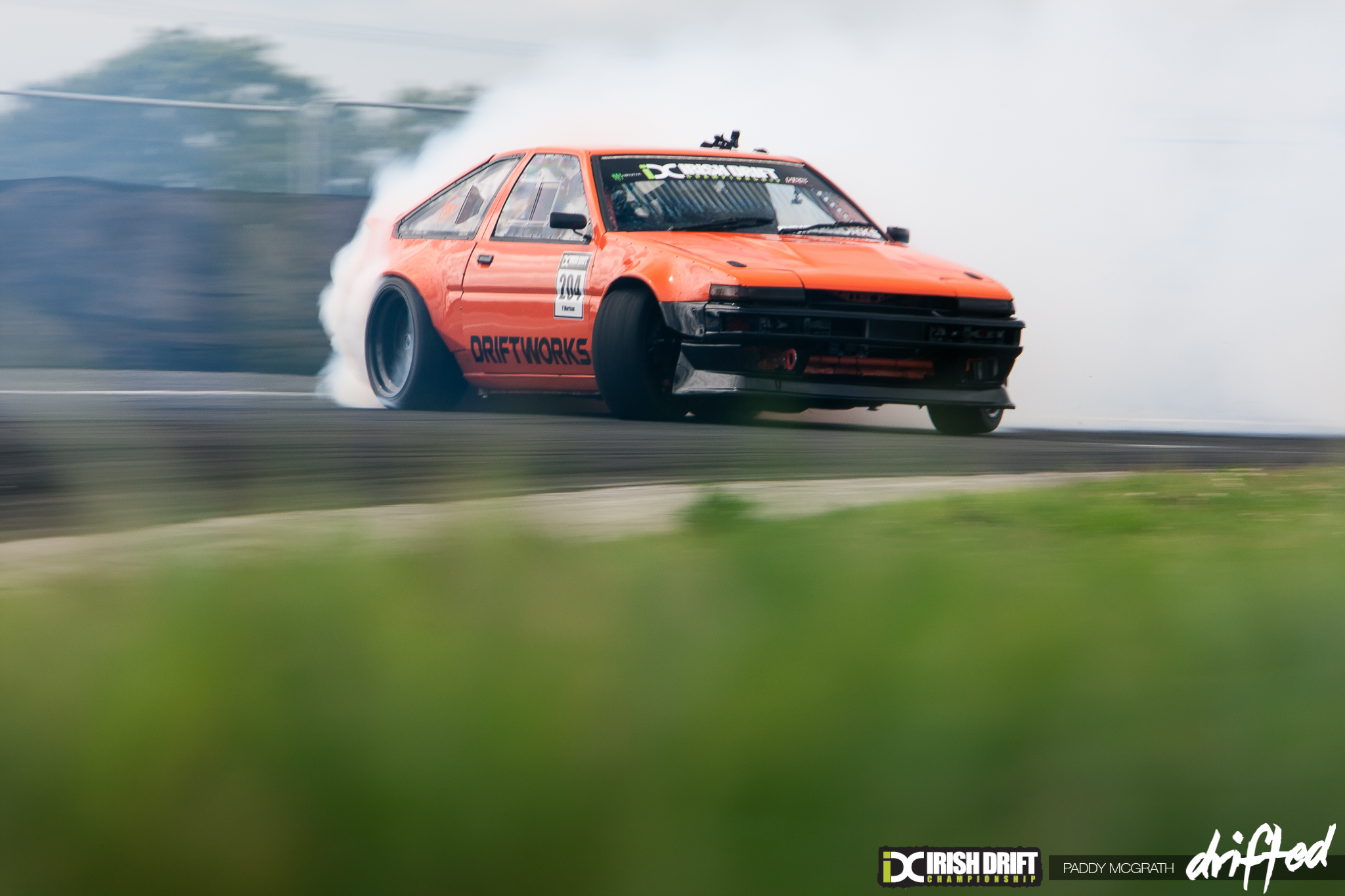 I have to be realistic at this point and accept that even today, drifting, in Europe in particular, isn’t at a stage where a driver can make a living solely from turning tyres to ashes. But these guys were good enough to at least break even. The entertainment they offered to the spectators, the potential they could offer to representing brands was enormous. This was at a time when every round was broadcast on national television.

It was around this time that drifting started to sour for me. 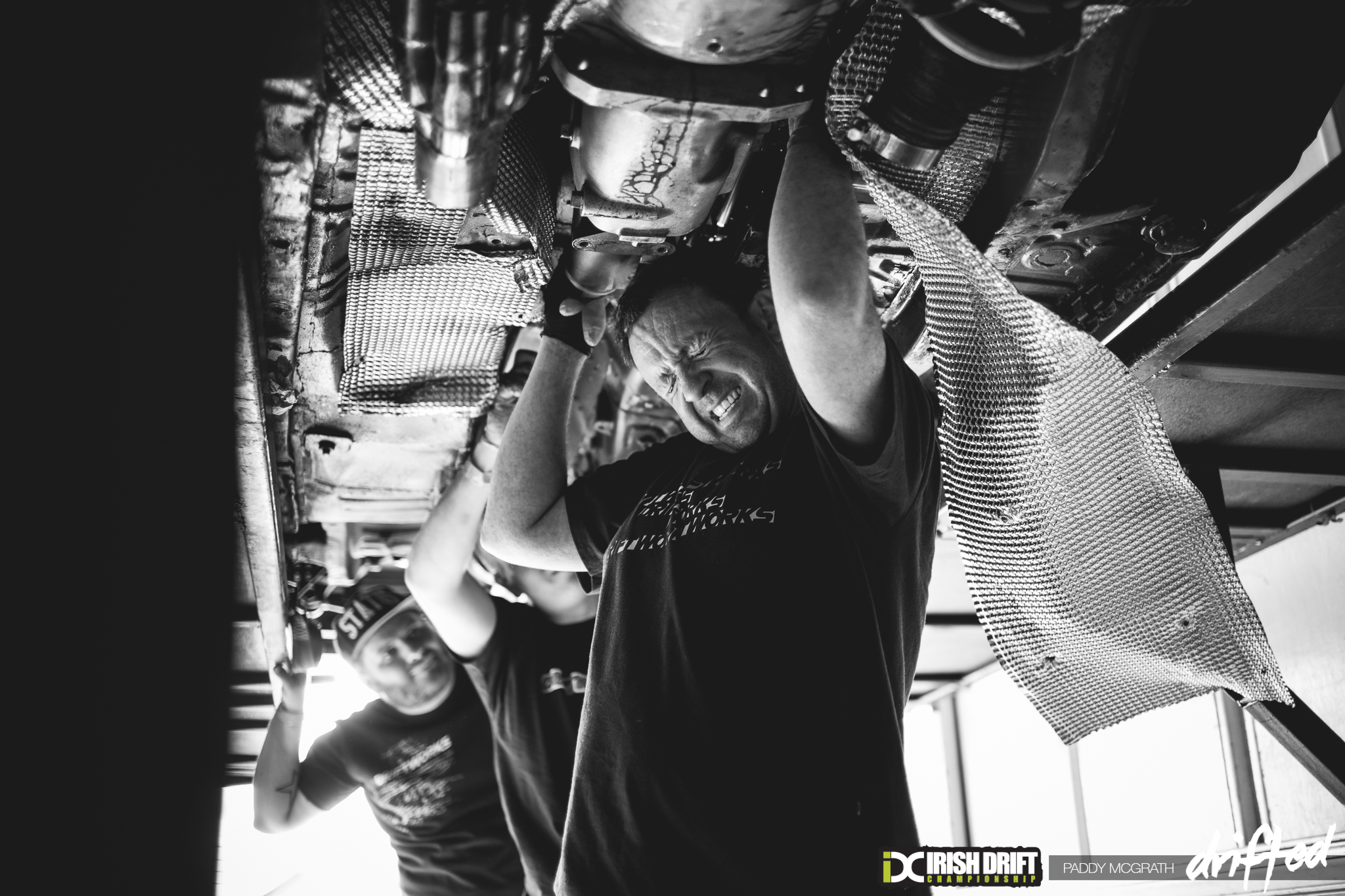 I just couldn’t accept that people could invest so much into the sport and be offered so little in return. This coupled with judging decisions that I found quite difficult to get on board with, made it easy for me to all but turn my back on drifting.

But – and this is where it gets complicated – I learned that it’s pretty much impossible to walk away from the sport. Random assignments would see me shooting drifting from time to time and I would regularly check in on event reports to see how folks were getting on. 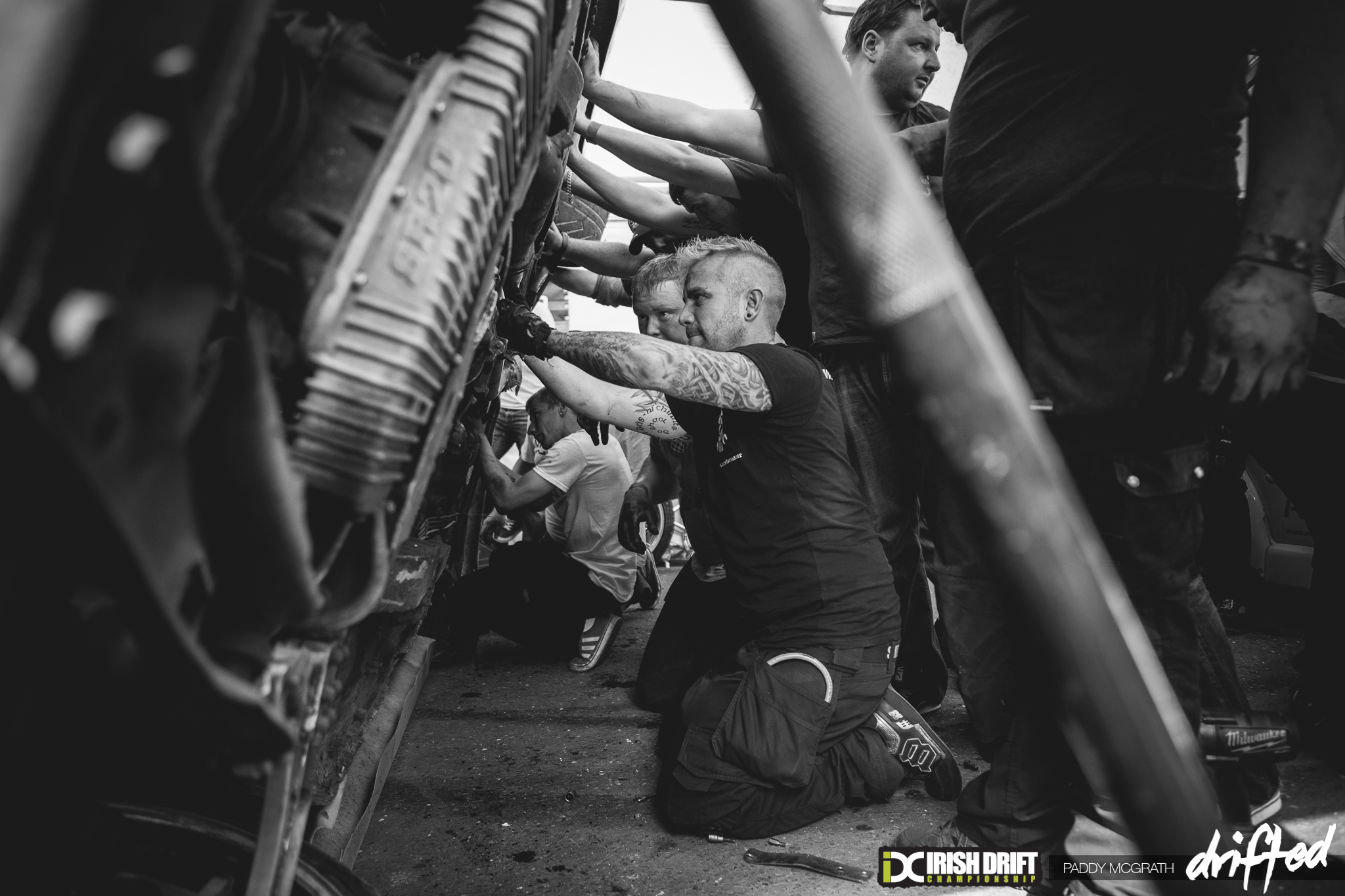 During my hiatus though, I learned more about drifting whilst on the outside than I ever could have learned whilst involved with the sport.

What did I learn? I guess it mostly comes down to being able to identify the many sub-cultures within the drifting community itself and their affect on the sport as a whole. From what I can gather, the biggest thing holding drifting back is drifting itself. 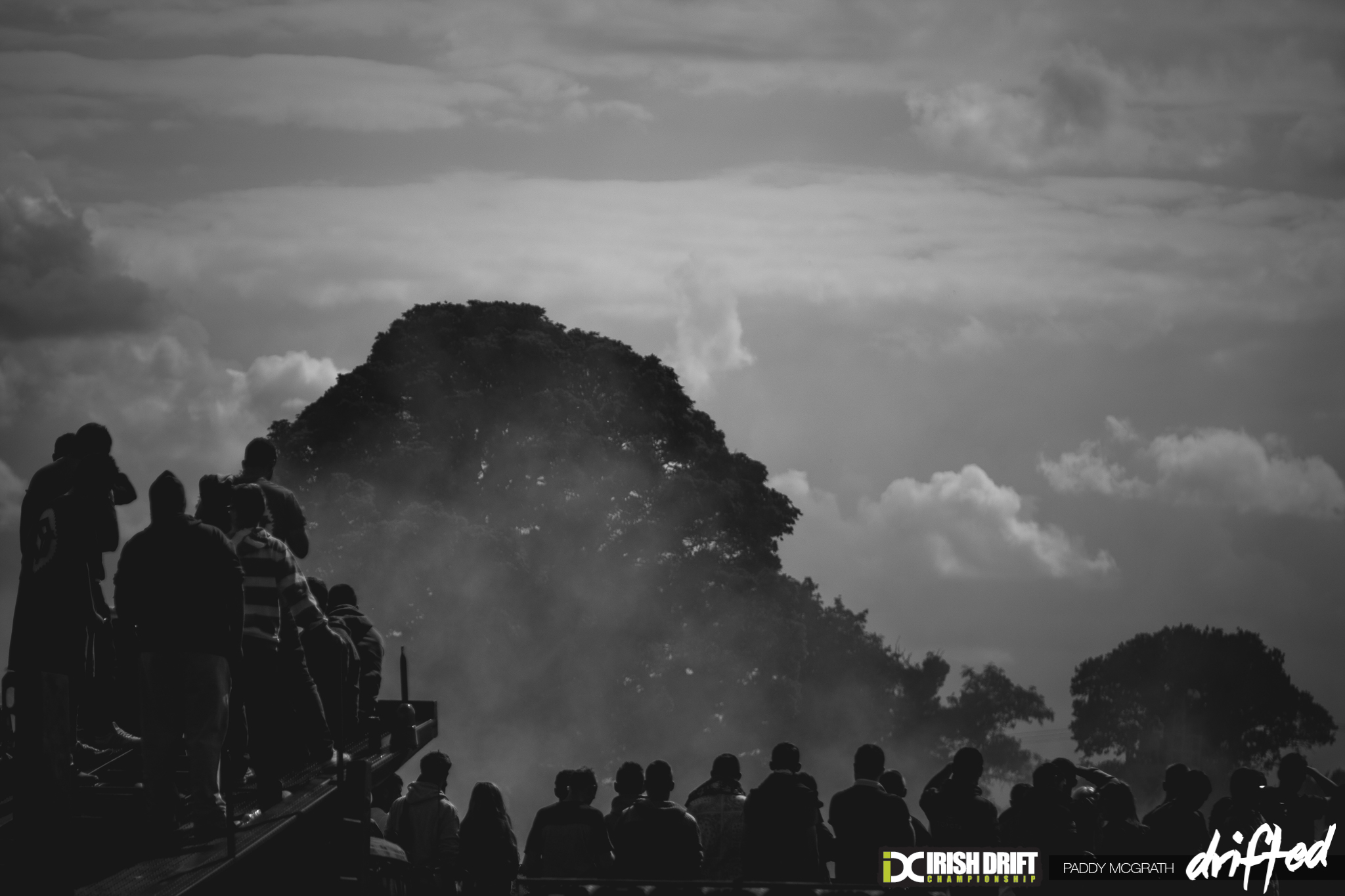 I would divide drifting into two distinct categories. There are more, but for the sake of simplicity, two can accurately accommodate my particular point.

On one hand, you have the grassroots movement. To a certain extent, I would consider this the purist side of this particular argument, as it has more in common with the origins of drifting. That is, having fun in your car whether it be on the street or circuit. It also features a lot of things that attract people to the sport: the relaxed atmosphere, the great community and the DILLIGAF driving style. 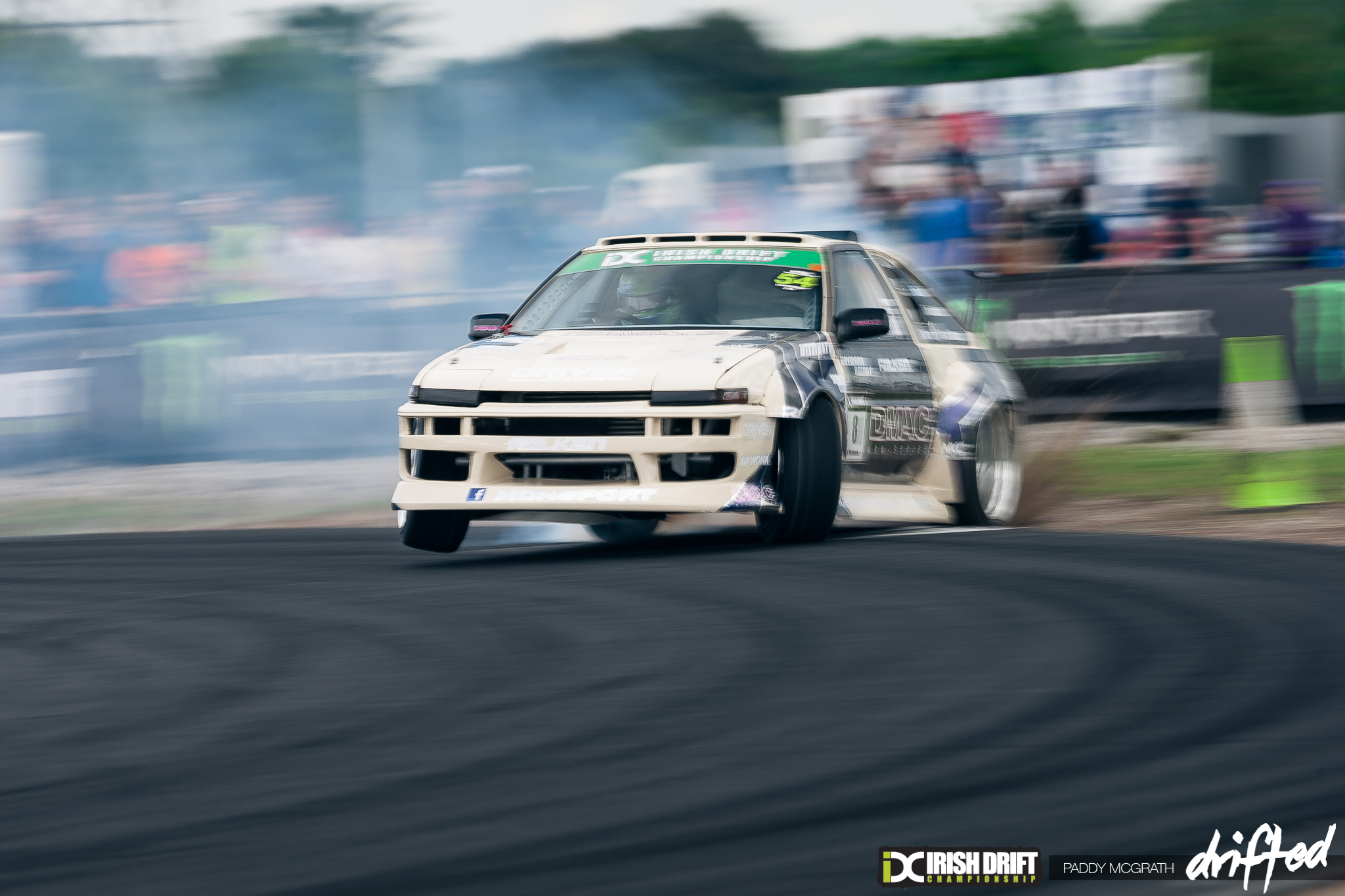 On the other hand, you have the competitive side. It probably goes without saying that this side is always going to be more intense. Competition is by its very nature is competitive. But when you also include significant financial investment from teams, drivers, sponsors, advertisers, organisers et al. this cranks the level of competition up a notch or eleven. 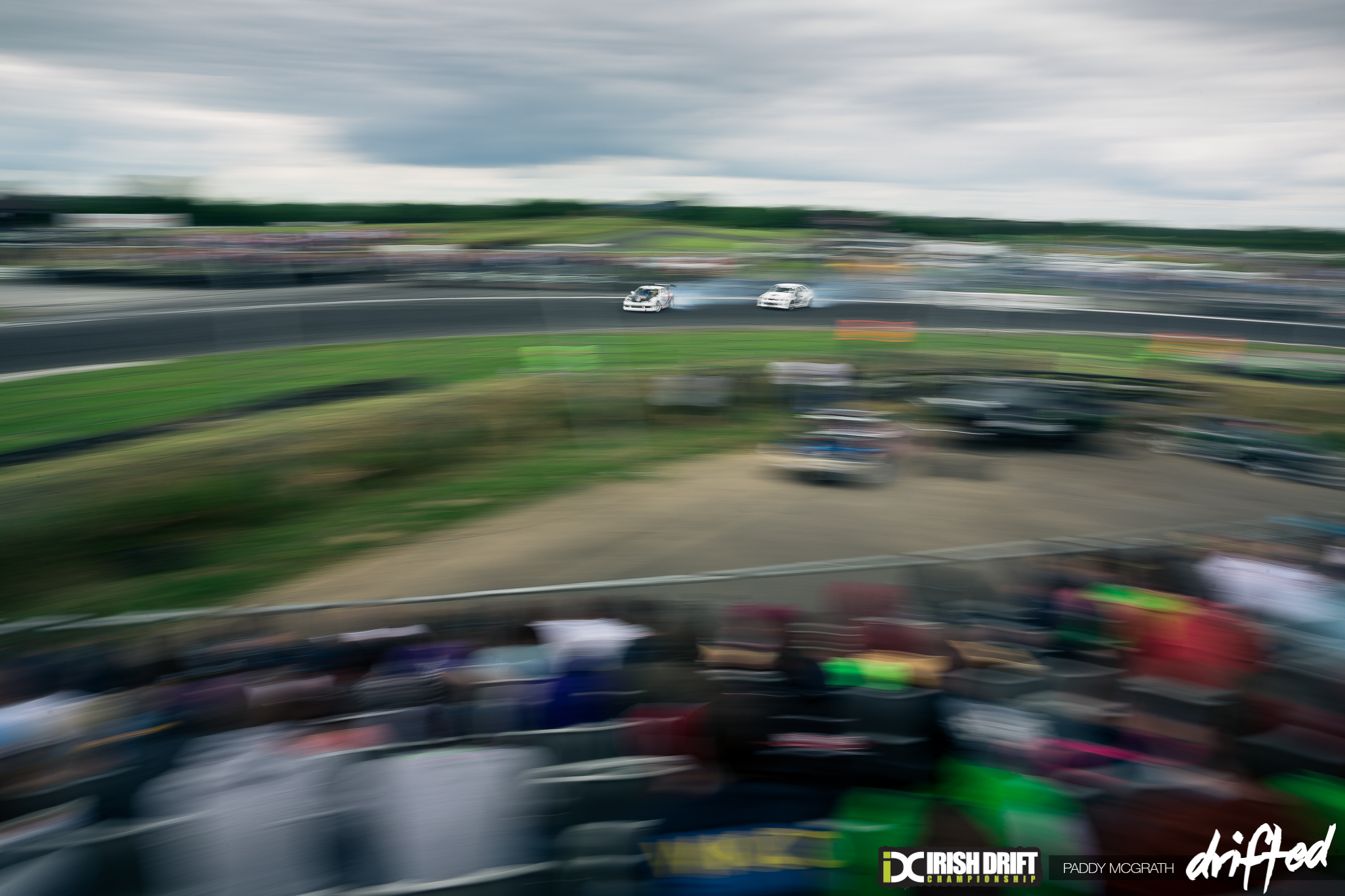 The problem here isn’t visible when each side is viewed independent of the other, but only when drifting itself is viewed as a whole. 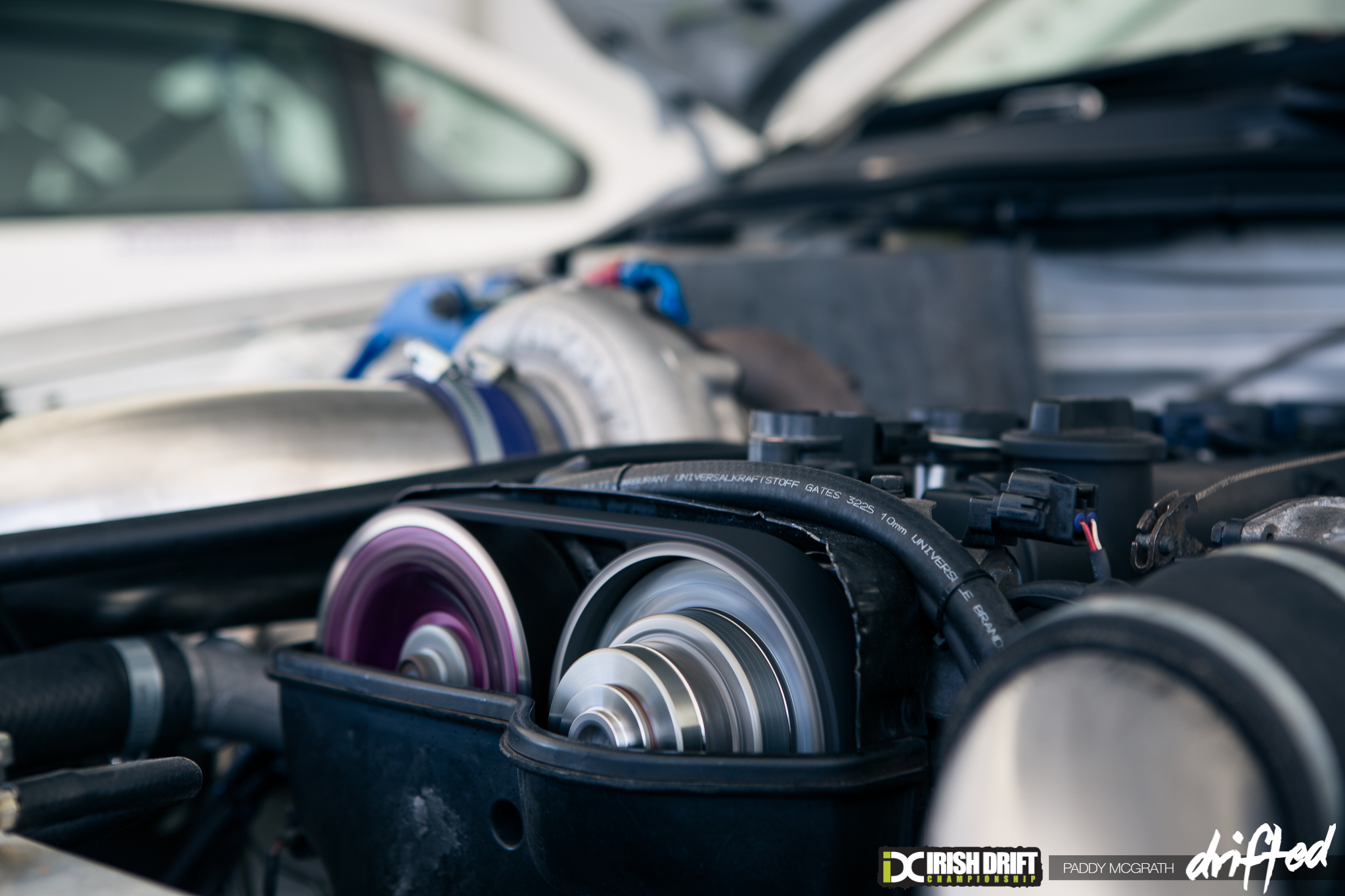 What am I talking about? How many times have you heard someone cry foul of the use of V8s – for example – at top level drifting to gain an advantage? Or what about competitors using barely street legal super sticky tyres for an edge in traction over their rivals?

“But it’s against the spirit of drifting” I hear them cry. Bollocks. Competitive drifting is a motorsport. In any motorsport, you have to use everything at your disposal to win. If you don’t, you’re wasting your time because the next guy will. It’s ruthless, it’s chequebook racing, it’s quite simply motorsport. This is how it works from clubman racing to Formula 1. The teams with the most amount money will win. Is it right? No. But that’s the harsh reality of it.

This is of course in stark contrast to the early days when a sixteen valve Corolla could take down a mighty turbocharged Silvia. However, that was ten years ago. Times change.

This is something that the grassroots community will at one stage or another not only have to accept if drifting is to ever reach the heights of rallying, F1 or touring cars but also actively encourage. Don’t the pro-class drivers deserve to compete at this level? Don’t they deserve that reward? 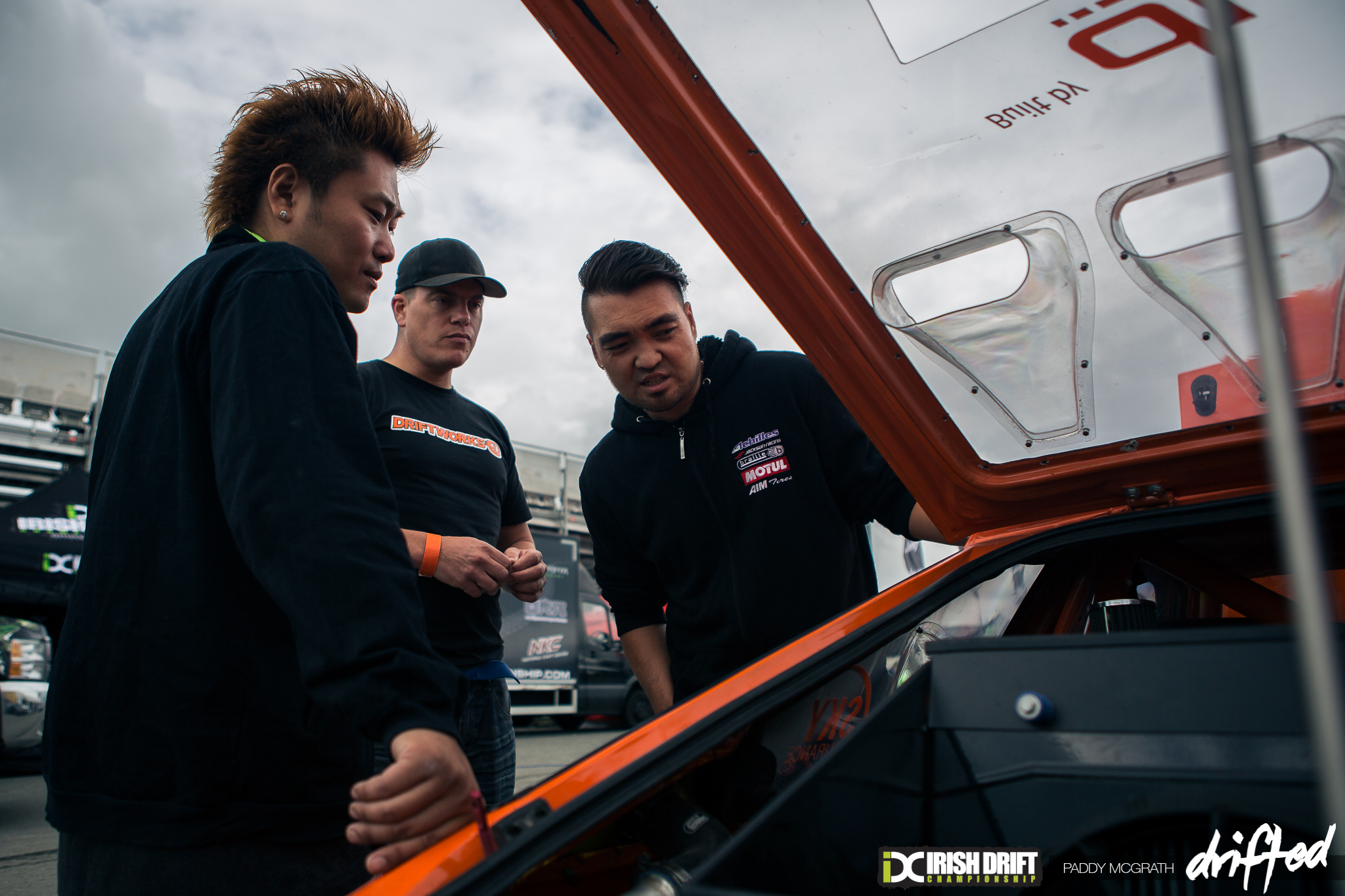 I don’t believe that those involved at grassroots are actively campaigning to hold drifting back or anything but I also don’t believe they realise the power they hold over the top end of the sport. Most drivers will have come through the ranks and as such will feel an obligation to their friends and fans to keep drifting closely linked to its roots. 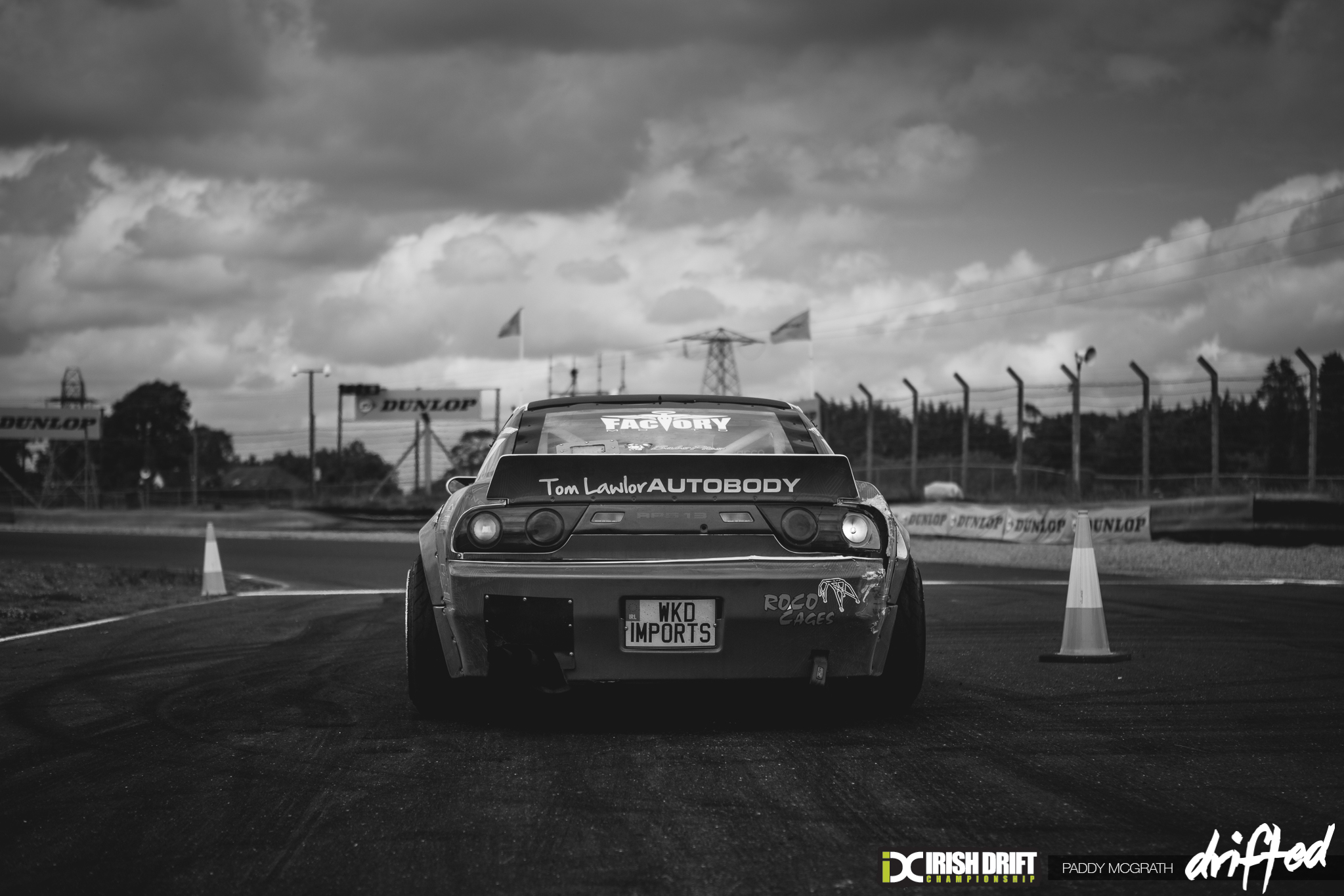 It’s this obligation and perhaps a sense of guilt in some cases – where pro drivers might feel that seeking out a competitive edge is ‘cheating’ to a certain extent – that’s holding the sport back at the highest levels. 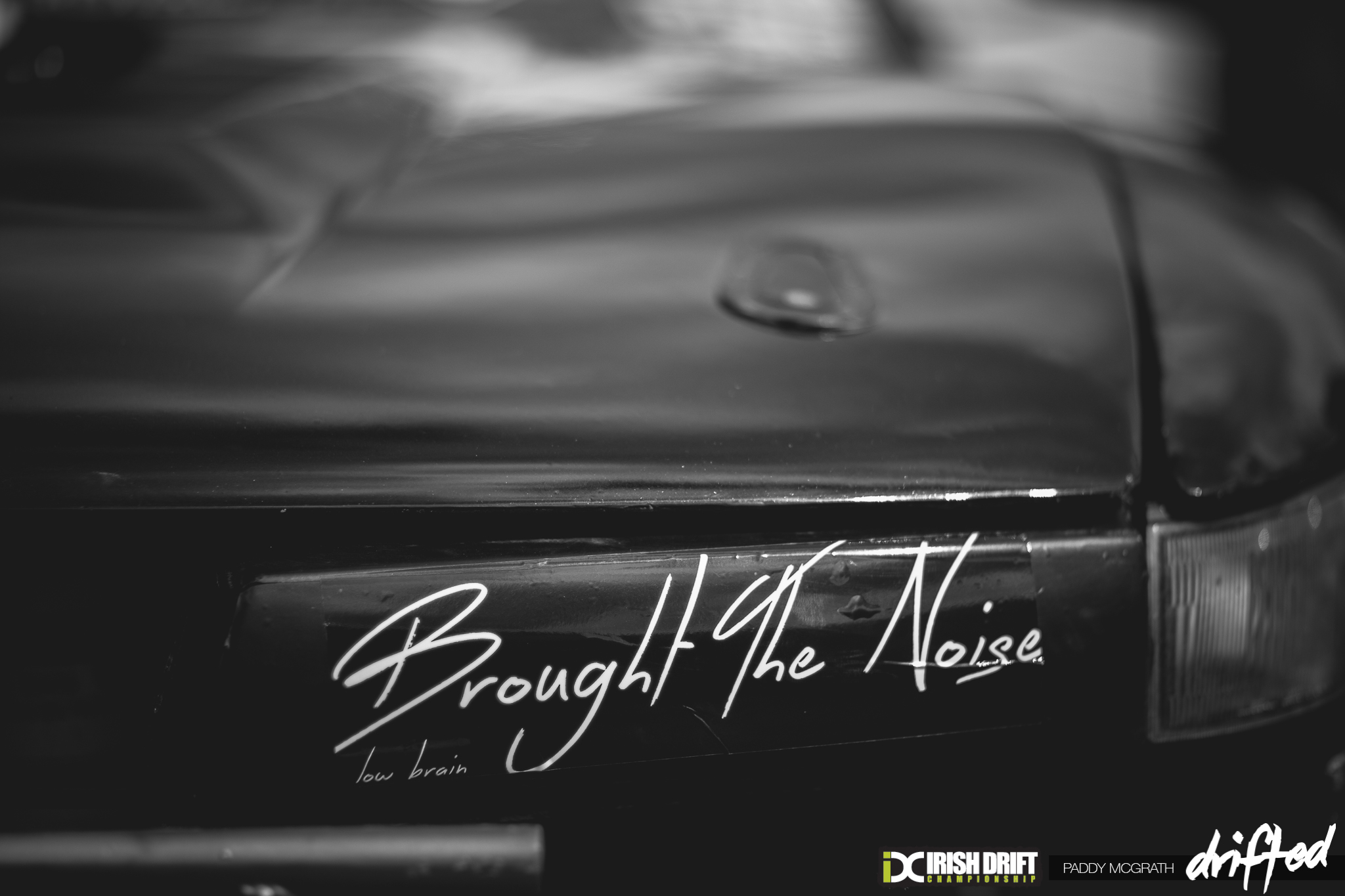 For years now we’ve seen so many series’ repeat the same events using the same format and expect to make it to the big time. 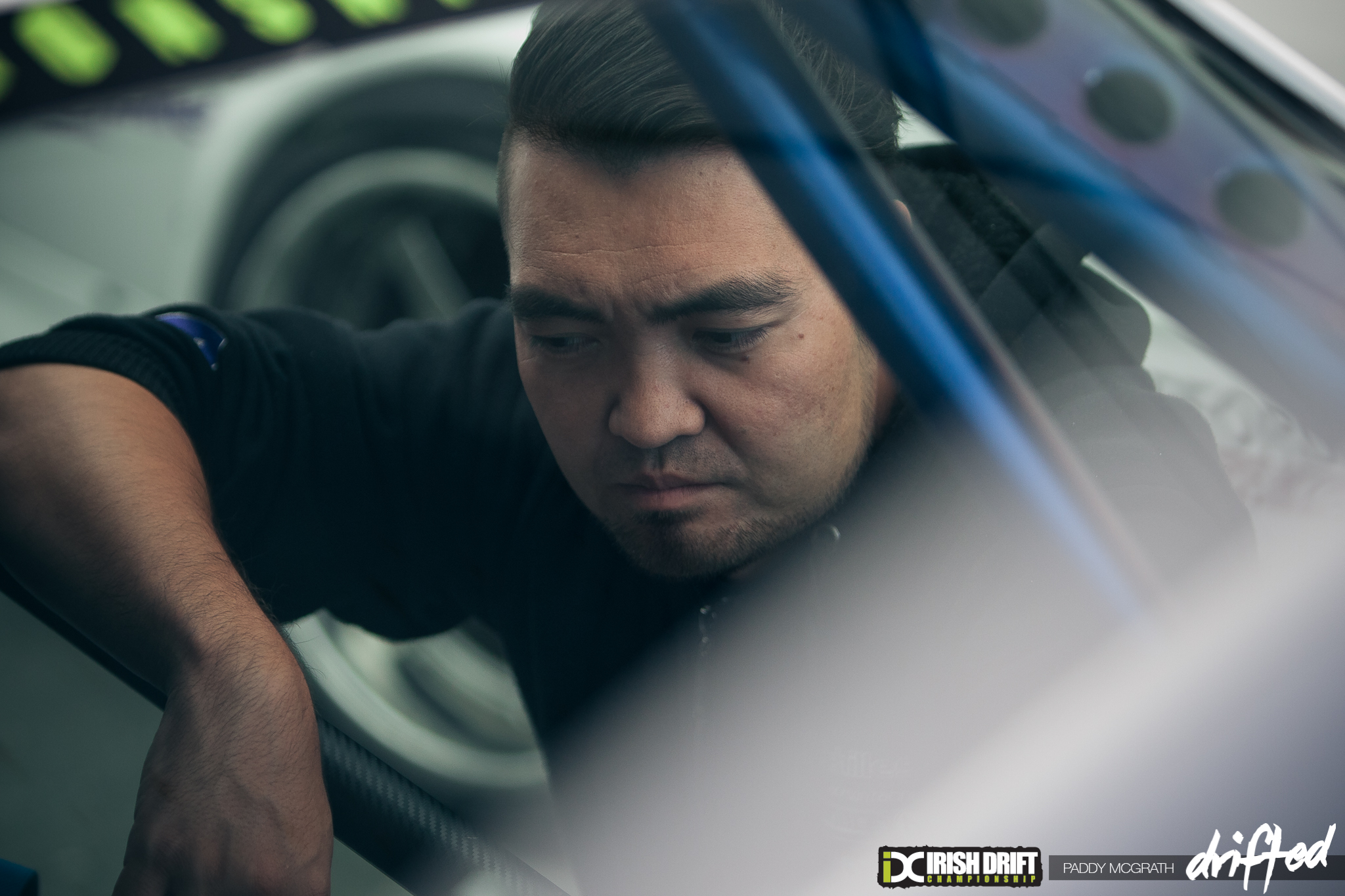 By doing the same thing again and again, you’re always going to end up with the same result. At the very most, if you manage to refine your operation, you might maximise its potential but at the end of the day you will always hit a glass ceiling. 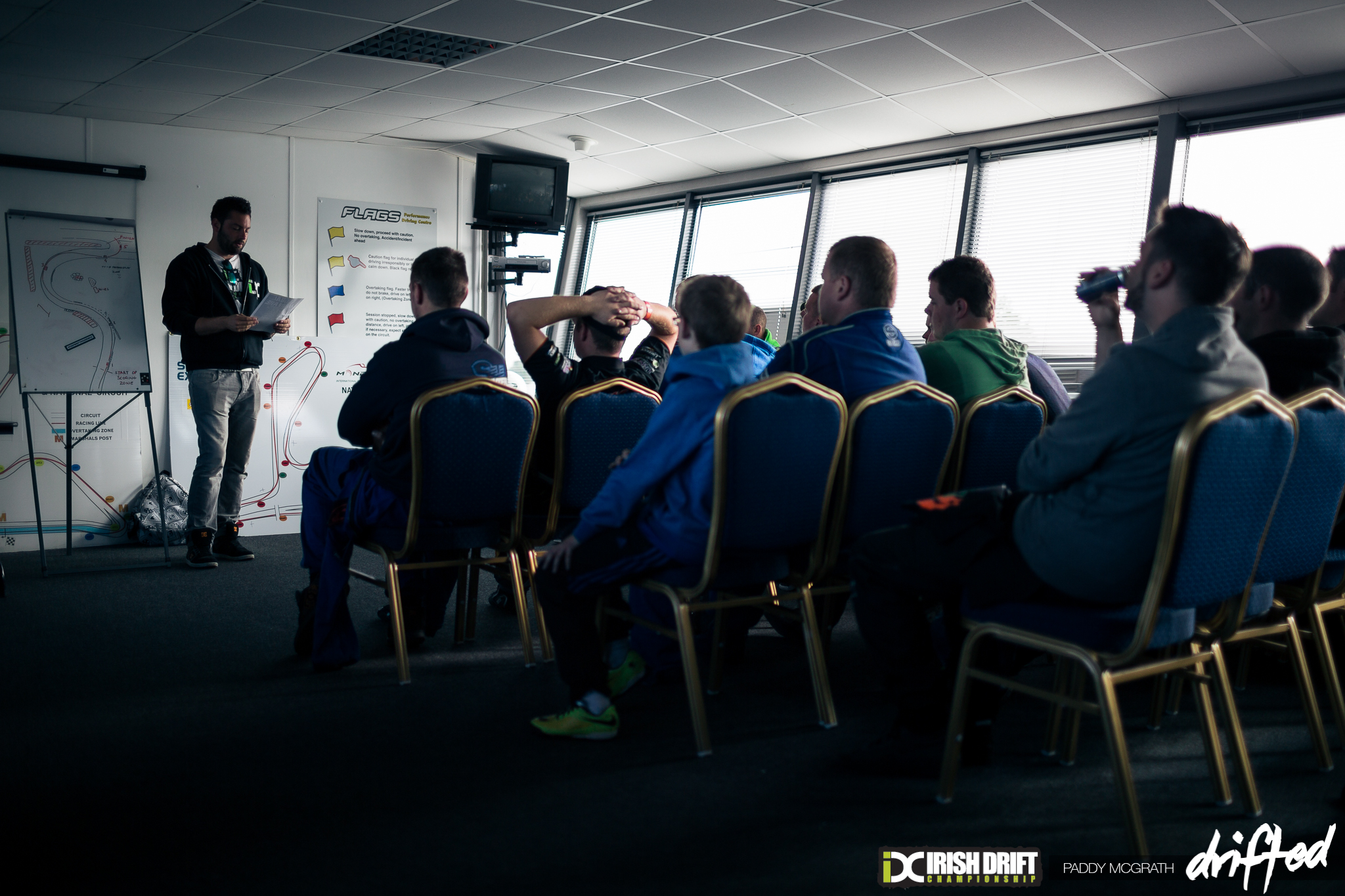 All these thoughts came about last weekend at the third round of the Irish Drift Championship in Mondello Park. It was the first competitive event that I have attended in several years. For the first time in my drift life, I finally got to experience a series that has realised all of the above.

IDC invested everything they had in ‘Global Warfare’. From a purpose built grandstand to what has been lauded by many as the best drift live stream ever broadcast. They invited and attracted some of the best drivers in the world and built a tough and unforgiving course that favoured the brave. They constantly re-evaluate their formula and aren’t afraid to make big changes when needed.

Their reward was easily one of the best events that Europe has ever seen. An event that has been compared by many to those run by Formula D in the United States. Being compared to a rival series may not sound like much praise, but when you consider the significantly larger financial investment in drifting in the US, you will know that this is high praise indeed.

This is no slight on any other series in Europe. Rather it’s a call to arms that times are changing and all of us need to get behind these changes if drifting is ever to have stand a chance at the top of the motorsport world.

Can you imagine a day when you can walk into your newsagents and see a future world-drifting champion being crowned on the cover of Autosport magazine?

There will always be room for grassroots and the purists amongst us will never allow us to forget our roots and we should be grateful for them.

But for drifting to break through into the big leagues, even more changes will be required. These changes will anger some and will intimidate others but we need to get behind them if the sport is ever to reach the level it deserves. There will be debate, there will be arguments and there will be those who turn their backs on the sport for good because of it. This is the price that we will have to pay. We’re not all going agree on everything but for those drivers who represent the sport at the top level, who give it everything, we need to stand together for them.