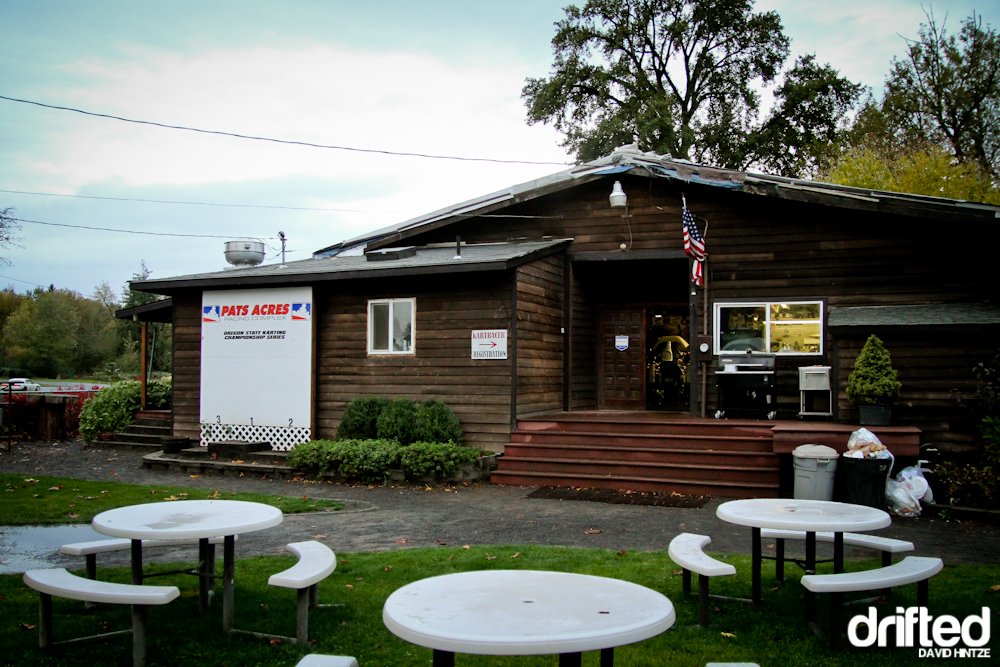 I was lucky enough to snag a ride down with my buddy to Oregon to attend a drifting event at PARC (Pats Acres Racing Complex) a few weeks back.

On the way down we spotted this sweet Datsun on the highway with its brilliant orange showing through the dull rainy weather that was around us. I gave the guy a thumbs up and snapped away for a while before he was out of site.

The track itself is similar to PGP (Pacific grand prix motorsports park) in washington, which I have shot plenty. The tight technical curves that are home to go karts and supermoto provide a very fun track to go around, and while being slightly smaller than PGP, has a few more elevation changes, banked turns, and slight downhill sections. 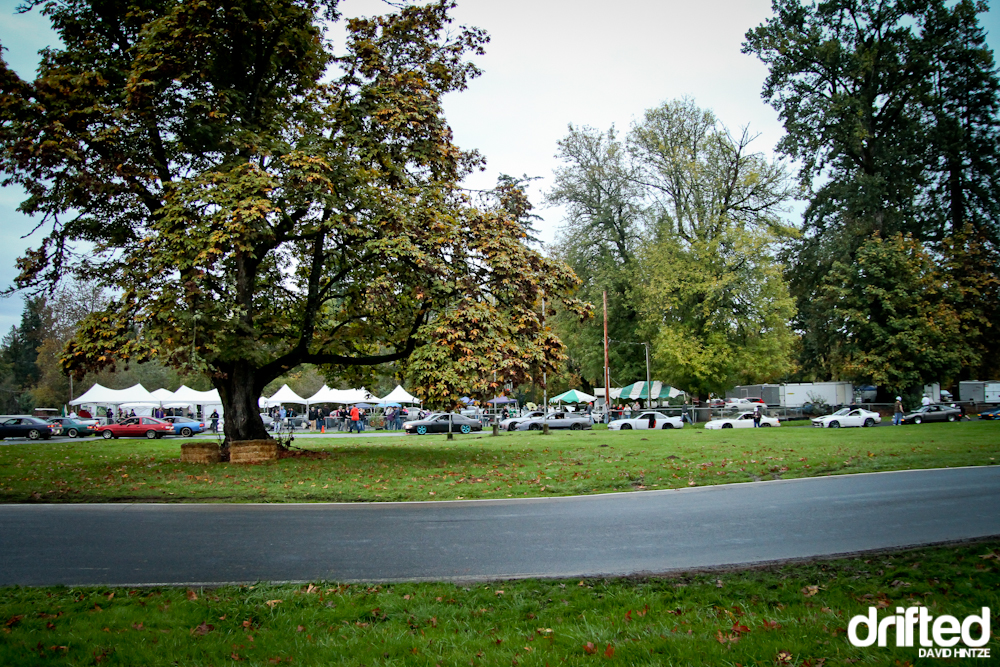 The atmosphere of the track itself is very relaxed and has a great home feel to it. 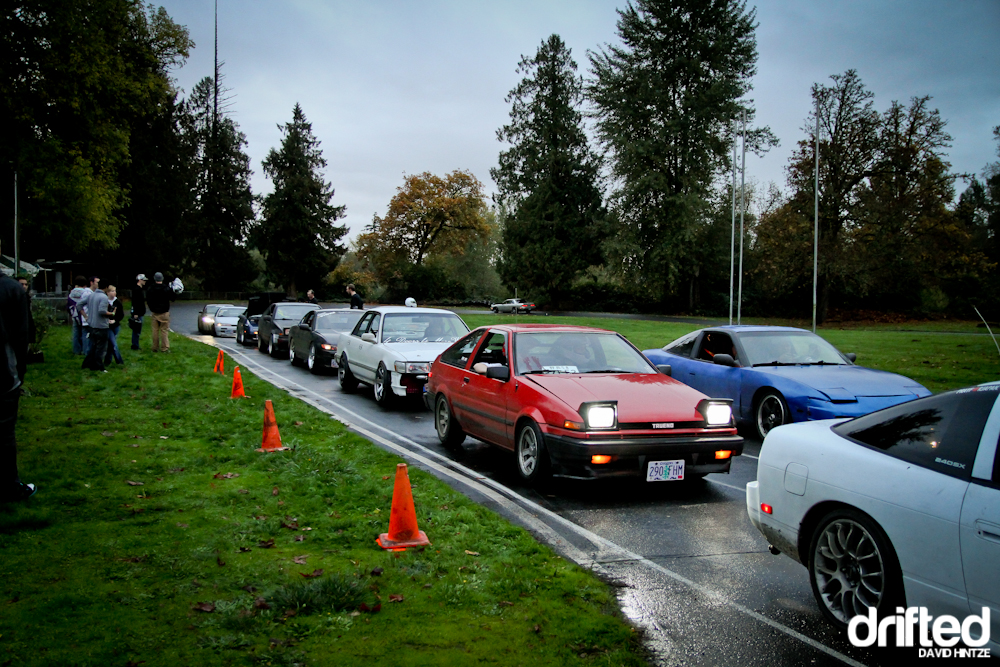 From what I could tell every event seems to have a great turnout of both drivers and fans.

While there were the usual bunch of 240’s and Corolla’s, there were plenty of cars that I paid more attention to, like the above that lacks a front, which I think looks sick. 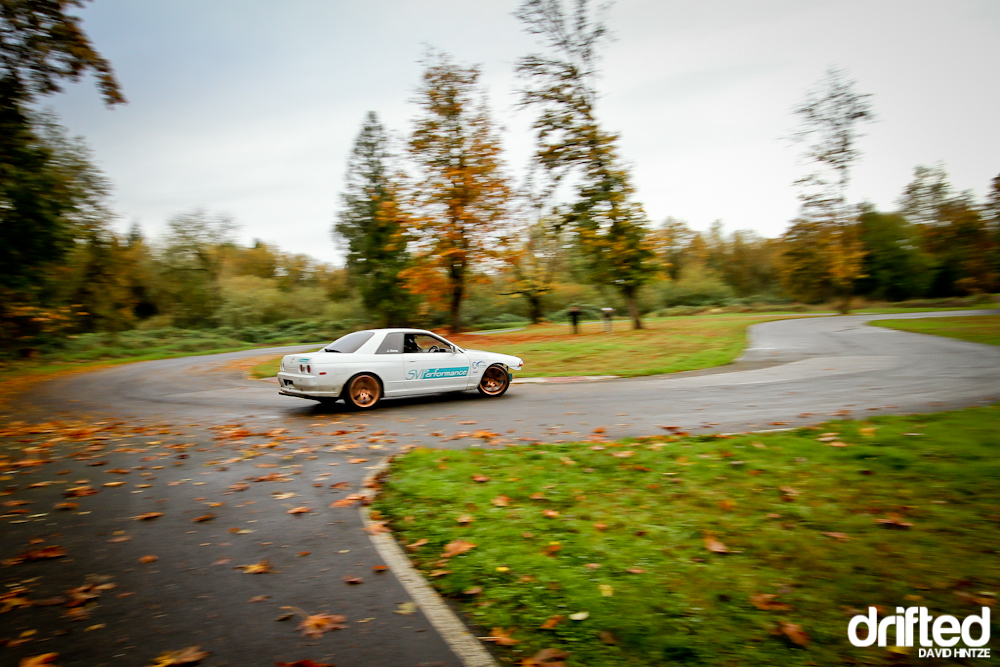 I threw on my wide angle for a bit and grabbed the above panning shot, the track itself is one of the more better looking tracks that I’ve shot at, and even with the rain and bland weather, the color of the landscape still shows through. 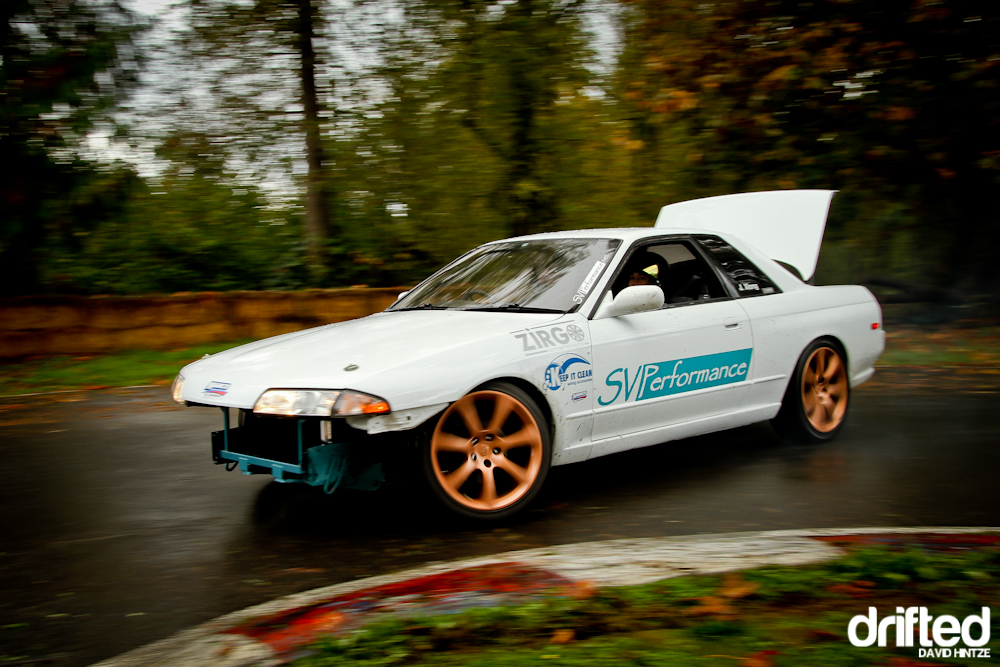 The organisers opened up the other half of the track, which was closed whilst the weather cleared up a bit. 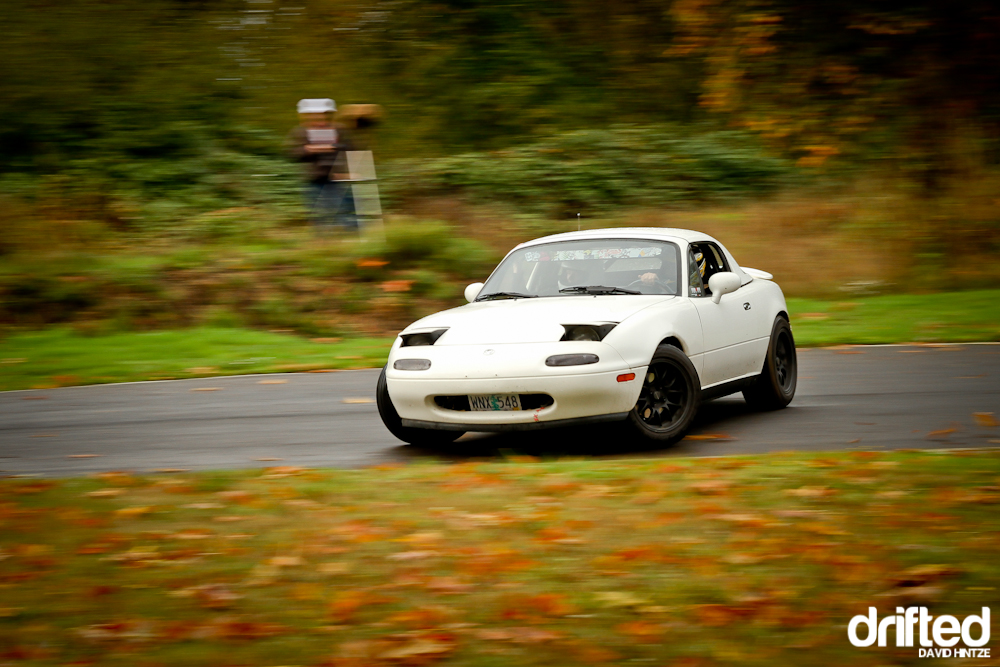 After all the leaves were swept off the area, drivers had a bunch more track to play on. 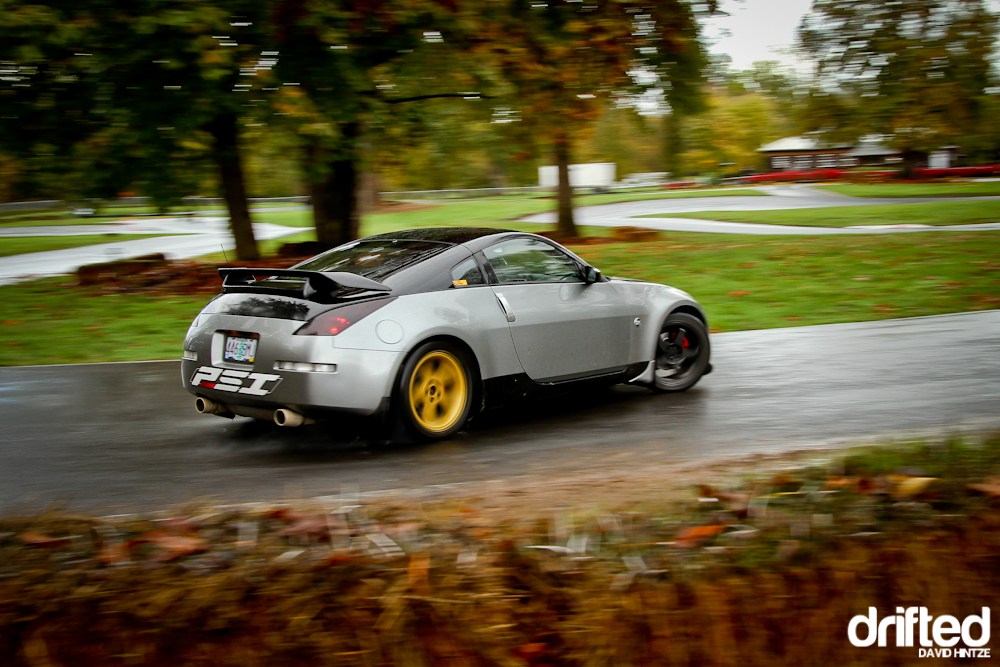 The track is located within the woods, next to a river, and at one turn, and major miscalculation on speed and angle could send you through the hay barriers and into the water. 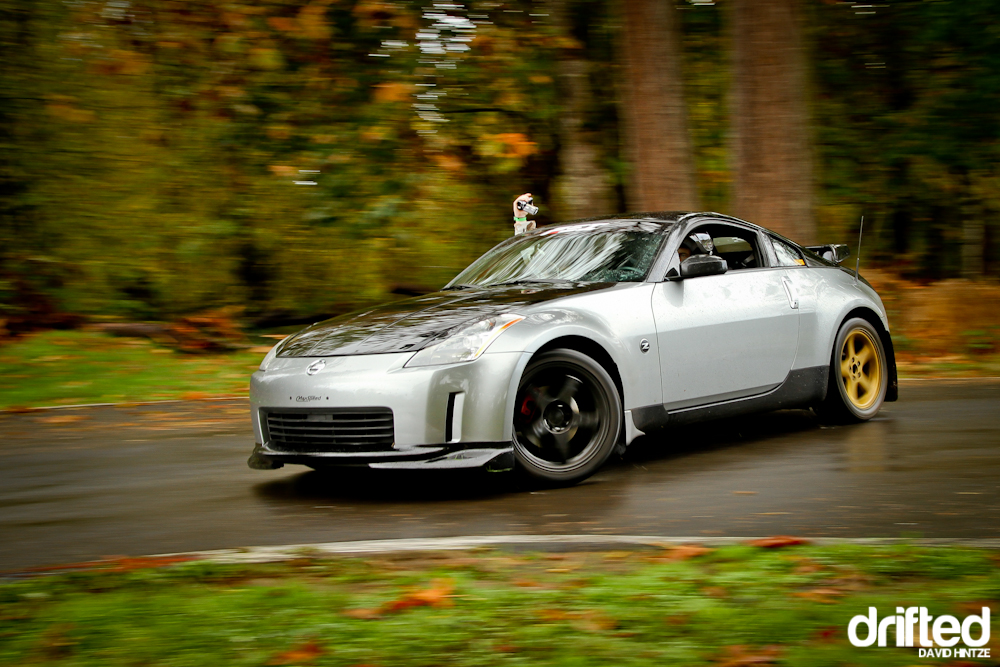 I haven’t heard of anyone ever doing that before, so I had no problem standing right on the edge of the ravine to get some great photos.

This beat up old Corolla was one of my favorite cars there, driver really showing some skill behind the wheel and not afraid to get dirty as he cuts in a bit close and dropped his tires in the mud. Those hail bails are the same from the above 2 shots, which has the river behind them so its no wonder some drivers take the inside a bit sometimes. 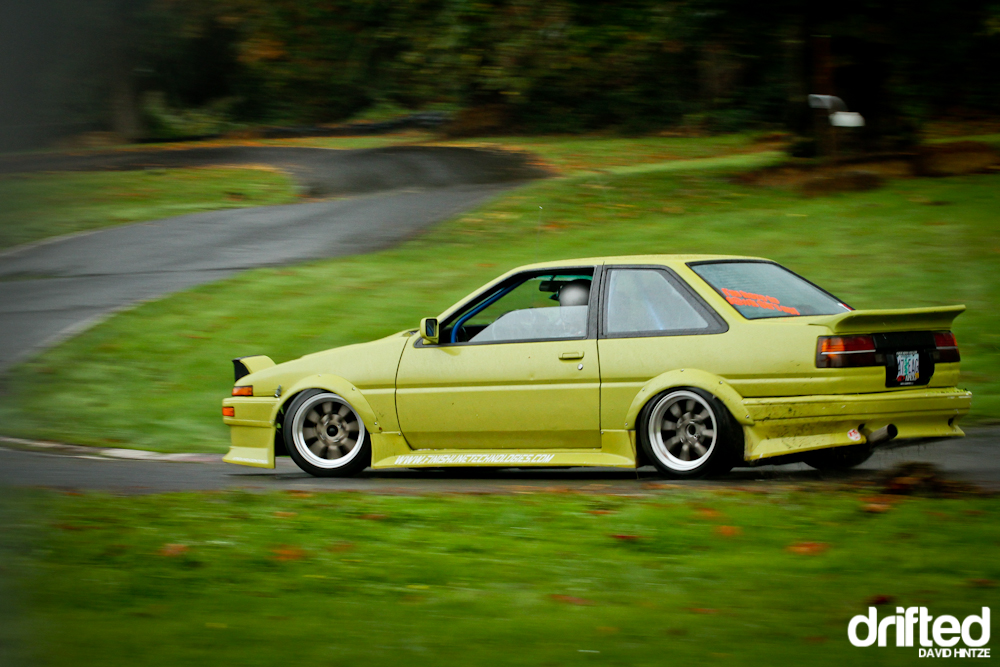 Halfway through the event some more drivers started to show up the above driver being one I’ve seen in Washington once or twice at my local track. 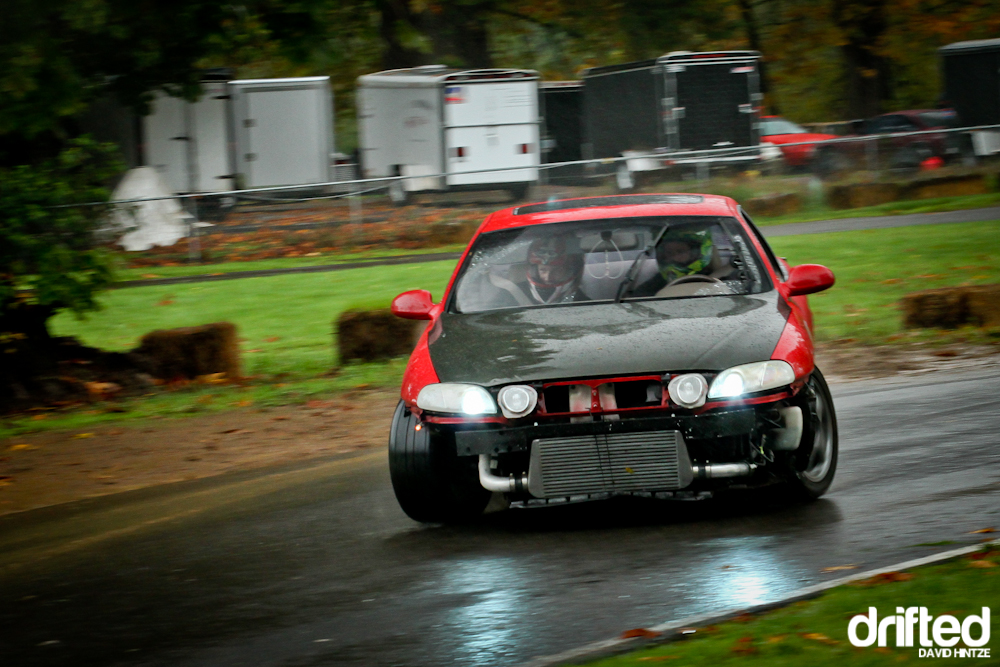 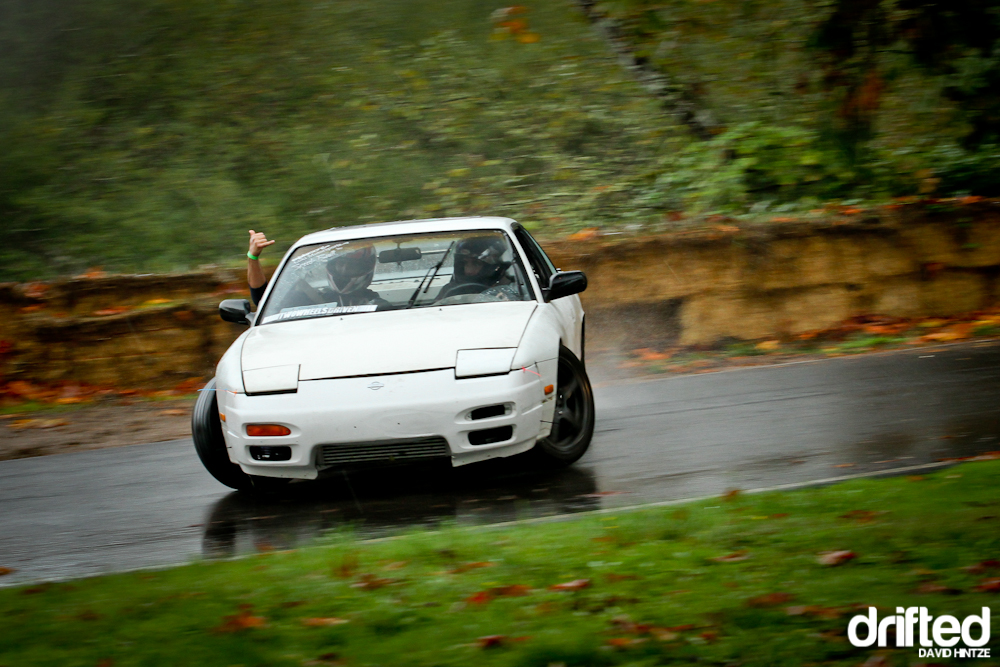 Getting really sideways on the curve of doom as I started calling it. 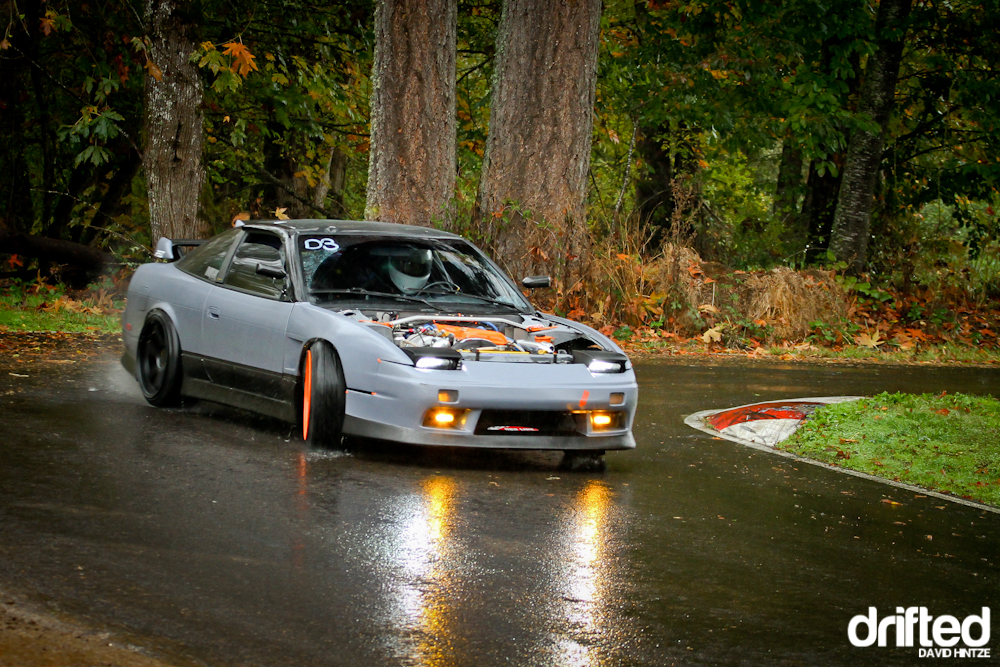 Another driver I’ve seen in Washington a few times before. This driver was in WA the day before at one of our events at Evergreen Speedway, that I also attended. It was a dual drift weekend for sure.

I had a blast, got soaked, and had a fun time shooting all day, what an amazing backdrop for a track! It’s the northwest, rain is just something that you gotta deal with.

You can see a full gallery from the event by visiting my website: