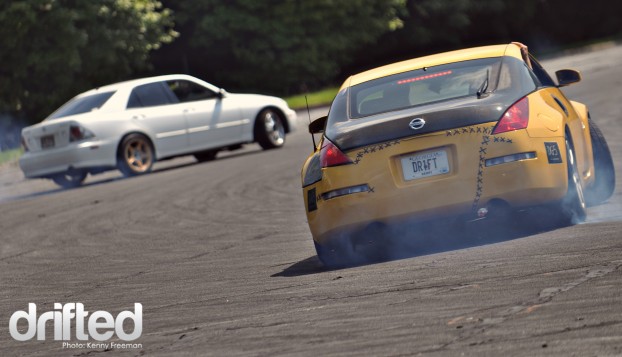 Yet another Sunday practice day has come. I always wake up in such a good mood when I know these days are here. As you can see, these guys dont play. They may be practicing but they bring “it”. 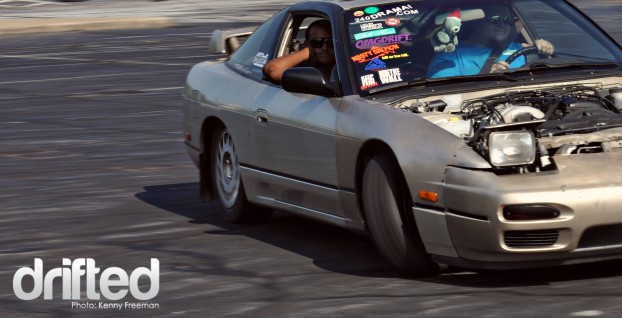 Last time I was out here with this group it was just a few people. Still exciting, but this time they stepped it up a bit. Nicky Hart was one of the guys out last time and so was Bryce Harris. Nicky put on some great moments but as you can see form above, Bryce wasn’t too impressed. 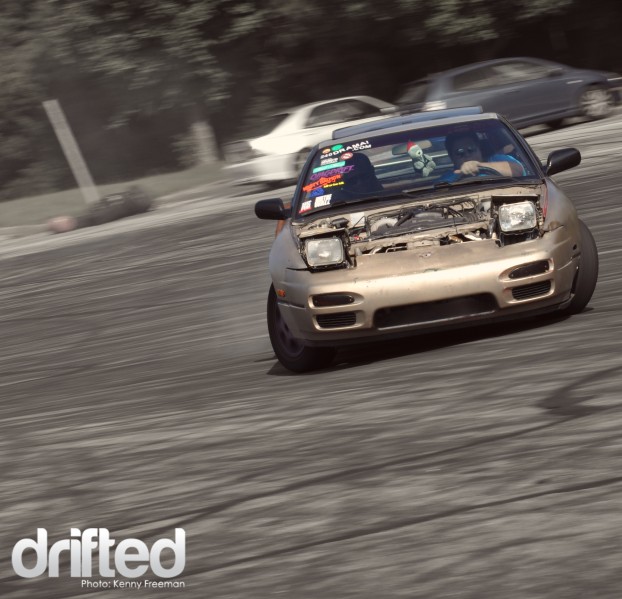 Nicky was getting great angle and he is definitely getting better every time I see him. Like i said in Slide or Die! he is doing it with the bare minimum equipment. 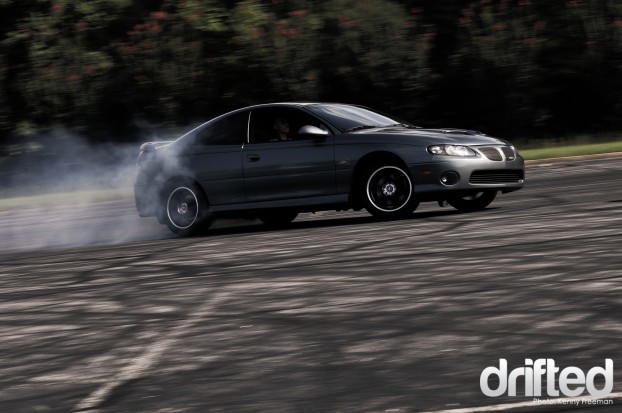 I’m impressed every time I see this guy. Michael Lindsey and his 2006 Pontiac GTO are always kicking up some smoke. 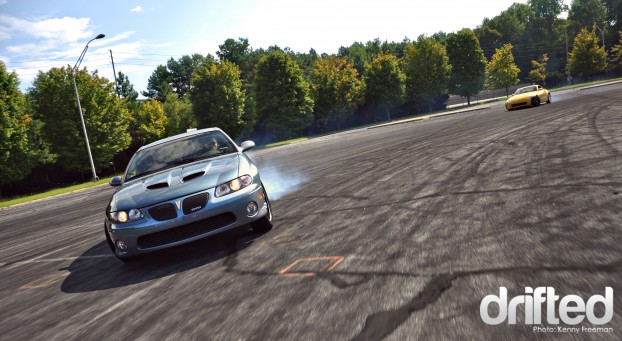 Above , Michael is followed by Todd Parks is his 350Z.

Josh Proctor rocking out of the GTO as Michael tears it up and gets some serious angle. 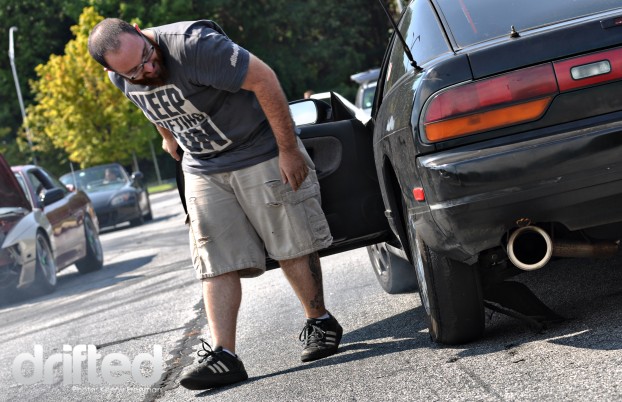 The last practice day had its ups and downs. Shredded tires, blowing radiators and destroyed turbos were regular occurrences. This time around it was great, the worst anyone had to deal with was changing a few tires and pulling tire tread from beneath their car. Here Josh Proctor checks out the damage from the previous run, only to find a tread-less tire still hanging on to dear life. 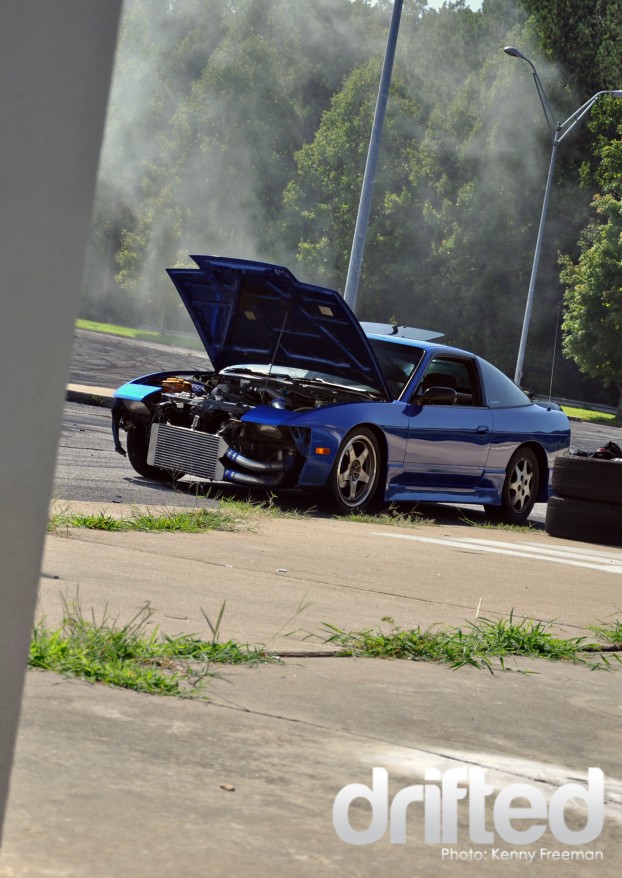 Uriah Cox taking a moment to let his car cool down and enjoy the Atlanta sun. Still able to catch a view of the after effects of a driver’s rubber sliding across the asphalt behind it.

Tire marks all around but one SOLID line came from this S13, letting no one even come close to putting out as much smoke as he did. 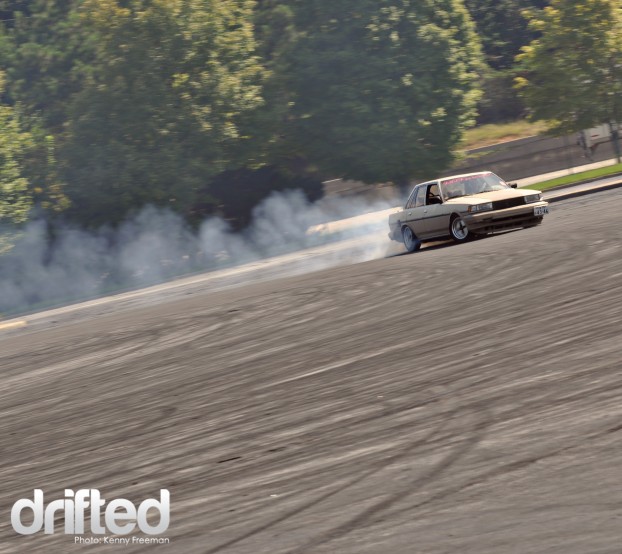 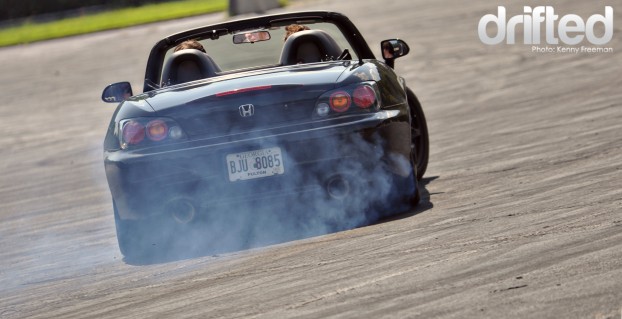 This S2k got out and took over for a few laps to show everyone how to make your VTAK pop. 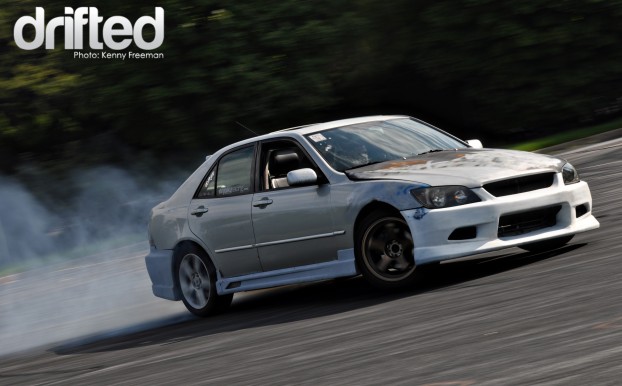 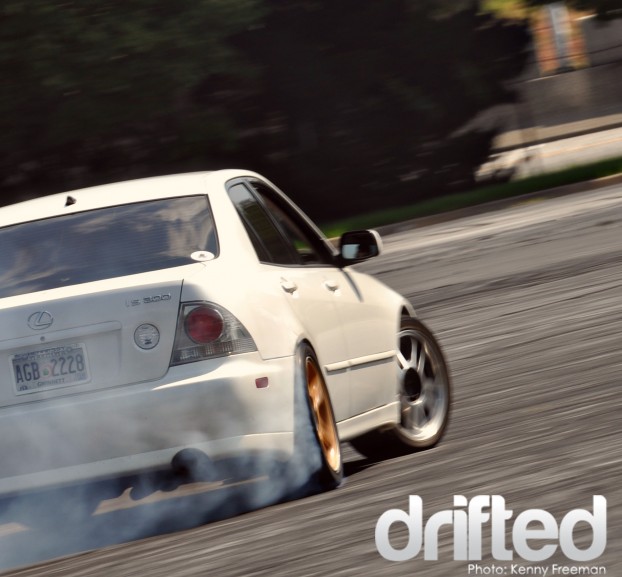 Above, Jonathan Stancel drives his Lexus IS300. 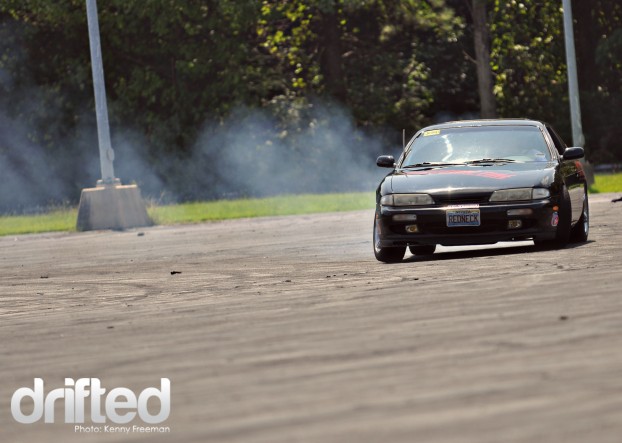 Just 2 days before, these guys were at Lanier sliding for a night event. Check out more of that event here. 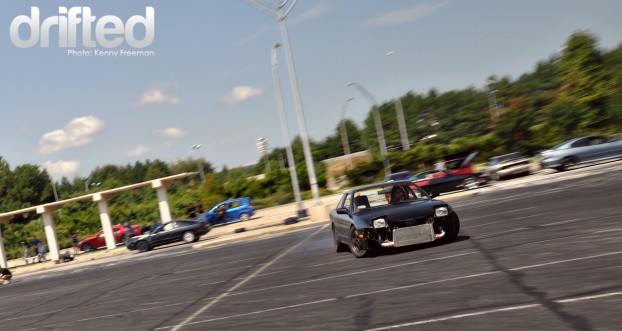 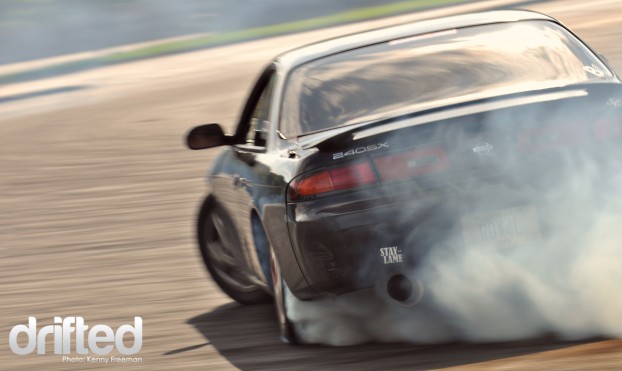 The first time I saw Alex Youe driving his S14 at Lanier I was in awe. Alex can put his car anywhere he pleases, with such precision. Alex has only been drifting for a little over a year now and is about to have some great things happen very soon. Look for more on Alex Youe on a near future post. 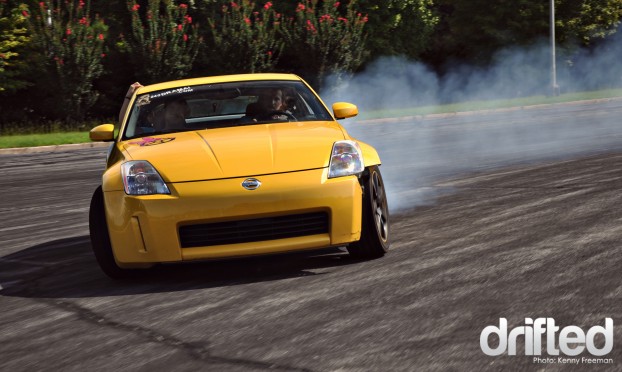 Also a guy that impresses me every time I see him drive. Todd Parks drives his car like he stole it. 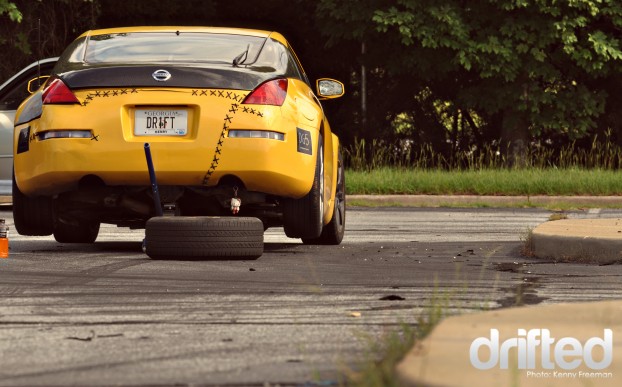 Keep checking back to see a full feature on Todd soon where we can explain some of his shenanigans. Also check out his blog spot, BunnyTooth.

Thanks for checking out some of my work!

For more photos, and to see all the past events around the Atlanta area please check out my