After an action packed days drifting at Fermoy, two of the Prodrift Championships have been decided. In his first year of competition Jay Rockett took the amateur championship in his red 180SX pictured above. Jay’s car was sporting a good few drifted.com and also driftireland.com stickers, well done Jay for the win.

The unseeded Pro championship was also decided, and Barry Leonard took the win in his Blue S14A. Barry managed to take the win even though he didn’t make the first round, but wins in the 2nd and 3rd round aswell as consistent qualifying gave him the overall Championship win today. 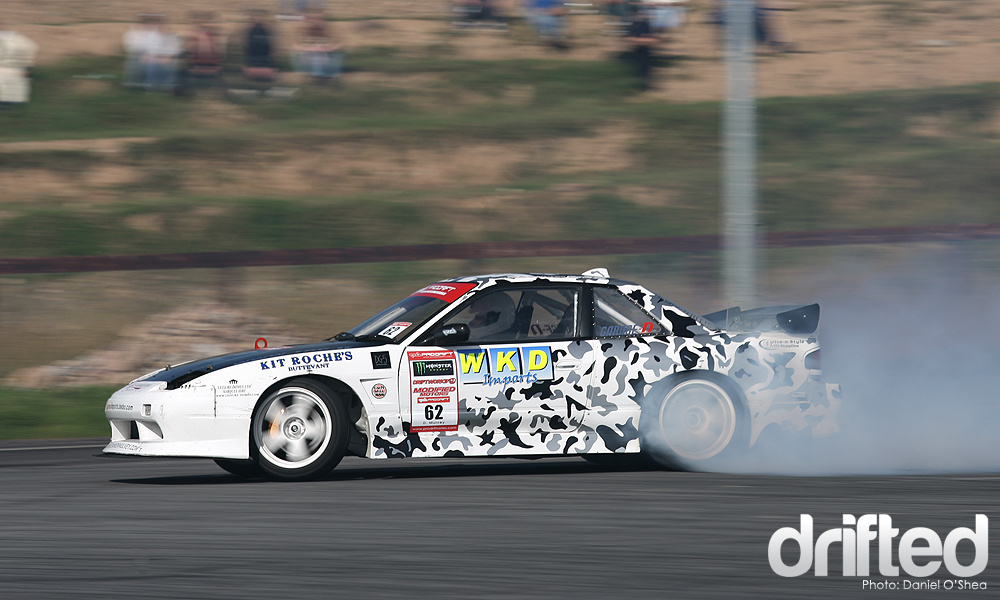 Damien Mulvey, two time Prodrift Champion, took the win in unseeded Pro in this the final round of the championship, and will also be a contender for the Pro class tomorrow. Maybe he can cause an upset to the Championship leaders!

Attention now turns to the Pro championship final which will take place tomorrow. Can James Deane join Damien Mulvey as two time champion, or will Nigel Colfer be able to take his first championship? Both drivers smoked out the venue in practise today, but who will take the win tomorrow? 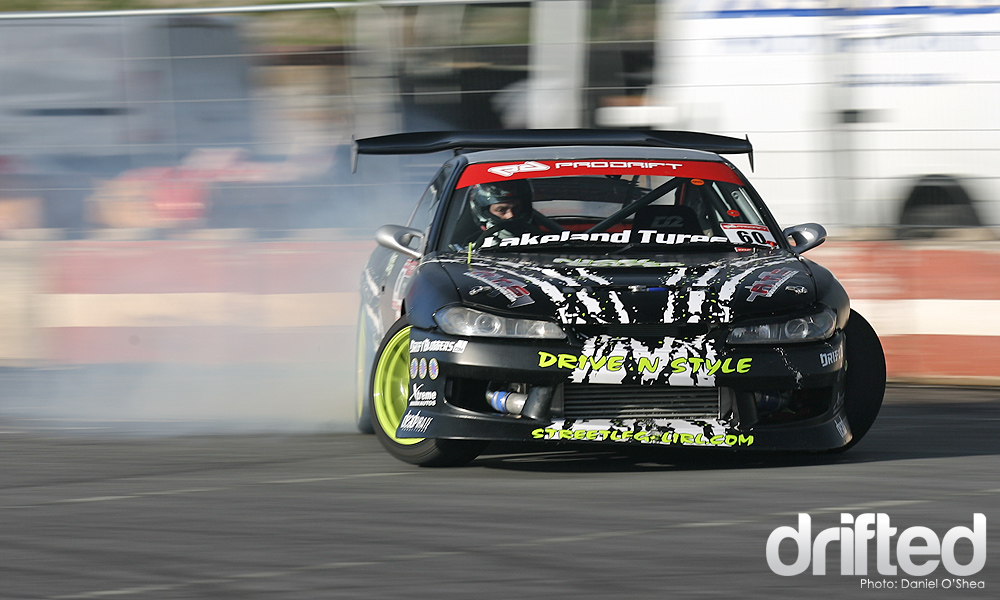 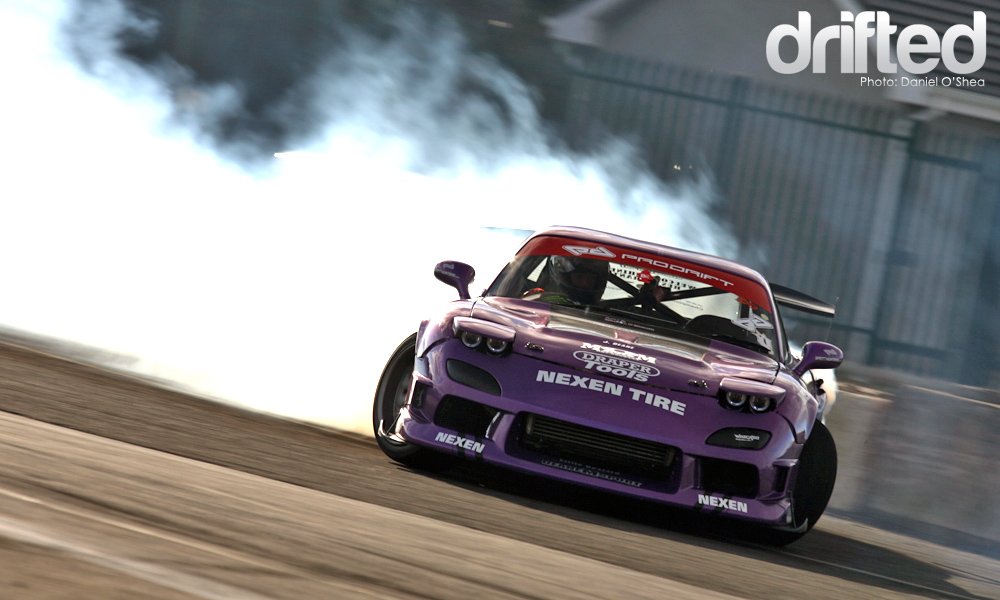