VIDEO: Behind the ‘Battle Begins’

Its been awhile since I’ve posted on here .. but its cool to be back!

So rather than just do a normal ‘here’s my latest film‘ post I spoke to Jord and we thought it might be fun to do a ‘behind the scenes‘ kinda report for this first film from the 2011 season. I get asked lots of questions about kit I use, settings, lenses, post processes etc so hopefully this will give you an insight into what I do. 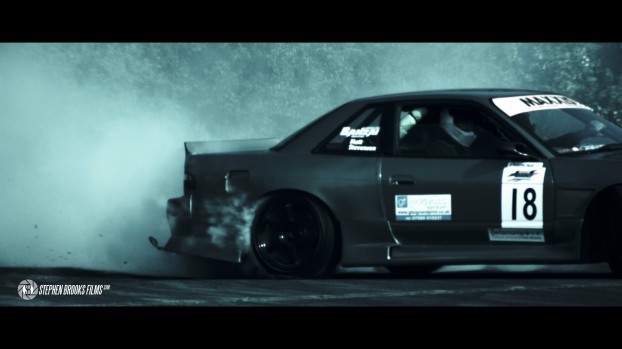 I’ve wanted to shoot drift on a high speed camera for a while now. Sure there are lots of tricks you can do in ‘post’ to emulate a these cameras and they work very very well, but I still wanted to see what drift really looked like at ridiculous frame rates. Fortunately a good friend of mine Paul Lilley owns a Phantom HD Gold and luckily it was something he wanted to try. So with the first round approaching we went through the various shots we wanted to get and decided to meet up on the Friday which was practice/qualifying day.

In terms of my kit I’ve now switched to D-SLR completely. Last year I used an EX3 as a back up but was really never that happy with it so thought D-SLR’s have their down-sides but they really are great. Anyway the night before I packed my kit and headed down to Donington Park.

Lens wise I decided on –

For support I took –

I Woke up at 6am on the Friday morning and we couldn’t have asked for better weather, glorious sunshine! Paul and his crew arrived around 9am, after unloading what seemed like dozens of flight-cases they started to build the Phantom’s media station. From memory I think there was a Macbook Pro driving the system, then an additional Macbook Pro managing the media, then a number of drives all linked up to a 28″ field monitor so we could review back footage as we went along. Here’s a pic of the media station I managed to grab with my phone – 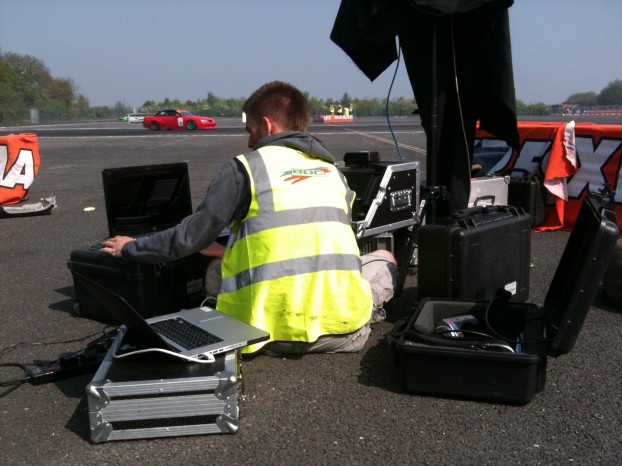 The camera was largely tethered to the media station however it could record wireless which is pretty incredible given the huge amounts of media, anyways here’s the camera itself with Paul operating it – 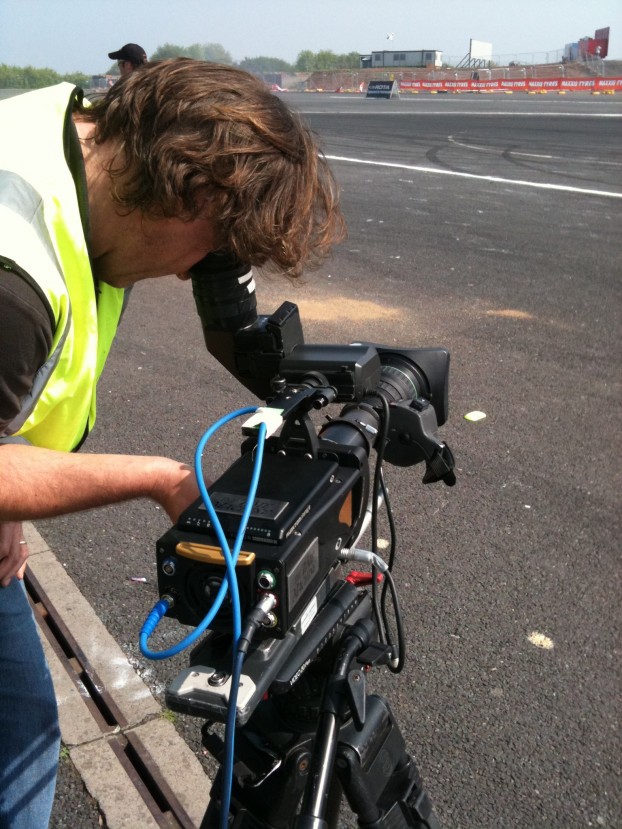 He caught some incredible shots, of the 10 planned shots we wanted he got them all, they then transferred all the footage onto my drive and off they went. For the rest of the day I concentrated on set up/establishing shots so I’d be free on the Saturday to just concentrate on the drifting.

So finals day. More amazing weather, big crowds, and the great thing about the Launch Pad at Donington Park is that the smoke seems to hang over the track long after the cars have gone past. I basically spent the entire day running round like a headless chicken trying to get as many different angles as I could, shooting bits on the Glidetrack, one or two shots on the crane and then the rest of the time was spent completely handheld just using the camera and a Viewfinder. Despite taking all the different lenses I pretty much just used the 35mm, the 50mm Super Takumar and then the 70-200.

Settings when I shoot video ? Everything is off, sharpness, contrast, saturation are all down to zero, color tone is down a couple of notches, the reason behind this is so I can colour the footage myself rather than the camera doing it for me. I also shoot 24P .. never 25P .. It may only be one frame per second difference but in certain shots you can tell, the more frames per second the more fluid the motion and the more ‘video like’ it looks. Sure I realise I am actually shooting video but anything I can do to make it look like film I will.

Once back I started to transfer all the footage, obviously shooting over two days there was a fair old amount of it however I managed to start looking at shots on the Sunday. I often get asked what software I use, everything I do is within Final Cut studio, just Final Cut Pro, Motion and Apple Color. Here’s a couple of grabs so you can see the timeline in Final Cut and then a quick grab of Apple’s Color – 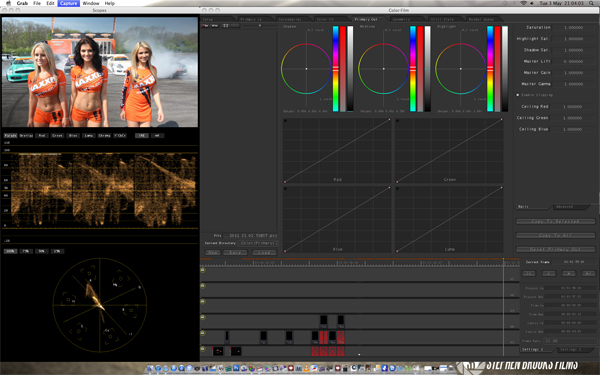 Music wise I’d wanted to use Requiem for a Tower for along time, always been slightly hesitant as its quite ‘epic’ and maybe a little over the top but I decided to stick with it. To match the dark feel of the track I deliberately graded the footage to have a dark, sinister feel to it. Some might like it …. others might not. In terms of hours spent cutting/grading/graphics I think it was around 70 in total.

Hope you enjoyed this little insight and I’m already looking forward to Round Two !