Myself and Ian King from Wreckless Inc. just finished up this promo video for Yellow Cab Drift Team here in the Philippines. Check it out and let me know what you think with a comment.

The video was filmed in Clark Race track, Pampanga. Philippines. Cameras used were a Sony EX1, canon 7d, GOPRO HD’s, and for the amazing aerial shots we had a remote control helicopter with a small Sony handy cam attached to it. Tracking shots were done hanging off the back of a chevy suburban with the doors taken off. Ian was in charge of racing the SUV down the track and I pretty much had to point, shoot and hold on!

Special thanks to the Yellow Cab Drift team and all their sponsors + Aeroeye Asia for the awesome aerial footage. 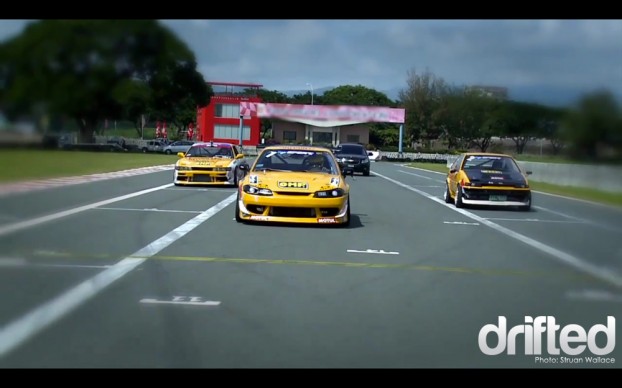