Drifting in the Philippines 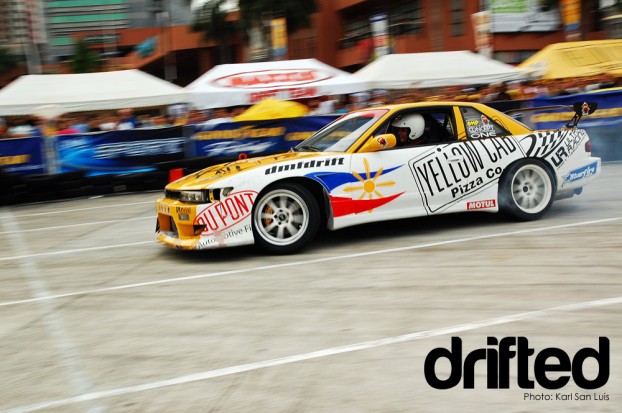 Hello to all the drifters, drifting fans, and to all the motorheads across the globe. Welcome to drifted. I am Karl San Luis, and I’ve been shooting drifting events in my home land, the Philippines.

Maybe to an individual, it’s quite surprising how a developing country has a drifting championship of their own. It’s because people here in the Philippines are also fond of motorsports. There’s a culture of people here wherein their passion is all about cars, including me. 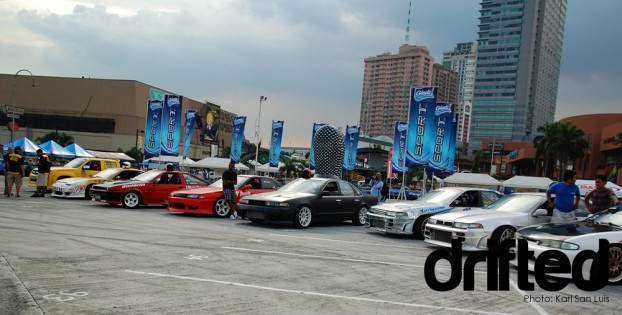 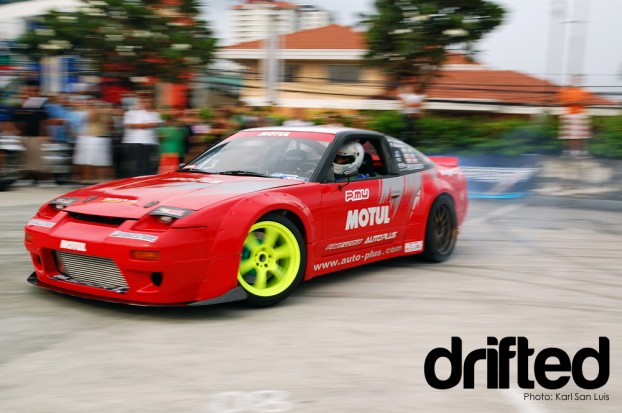 The 2009 championship ended on with a high, as the famous drifter and racing driver from Japan, Nobuteru Taniguchi, visited during round 4 of the Lateral Drift Championship. Taniguchi, or more commonly known as “No One Better”, was one of the judges in the aforementioned round and did a demonstration run as an intermission. He wowed the crowd as he used Pacho Blanco’s Autoplus Motul Nissan on his demonstration run. 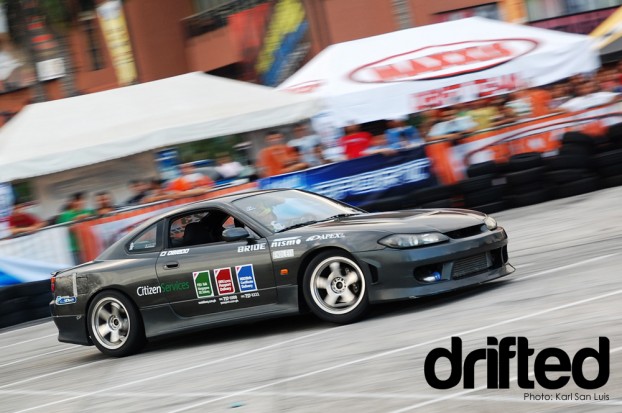 The cars in the championship also provide a show for the drifting fans. First of all, the cars in the competition like the Skylines, Silvias and 180SXs, are not available in the Philippines. It’s a rarity to see those cars in the streets of Manila. 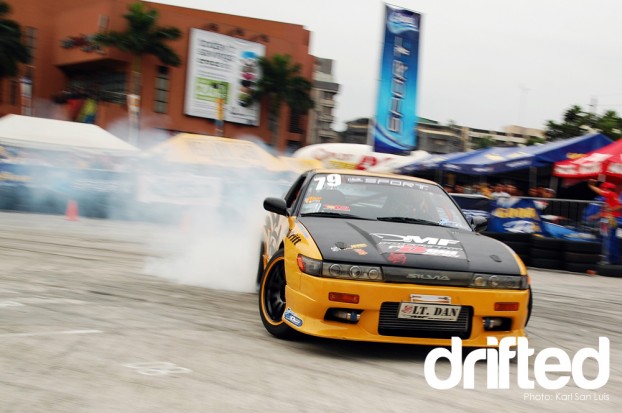 That’s why some of the cars that enter here the competition are a bit old. Some of the drifters there use an A31 Cefiro (Nissan Laurel in other countries), an old L-type Mitsubishi Lancer in the 70’s, an old Toyota Cressida/Crown, or even an old BMW E30. 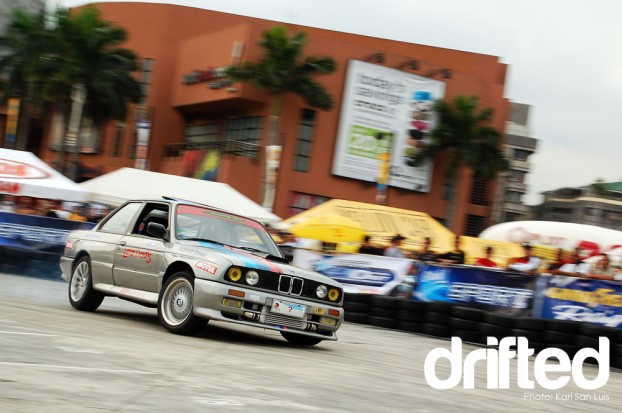 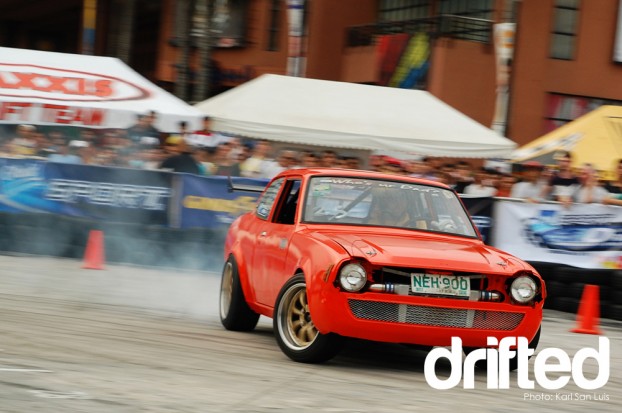 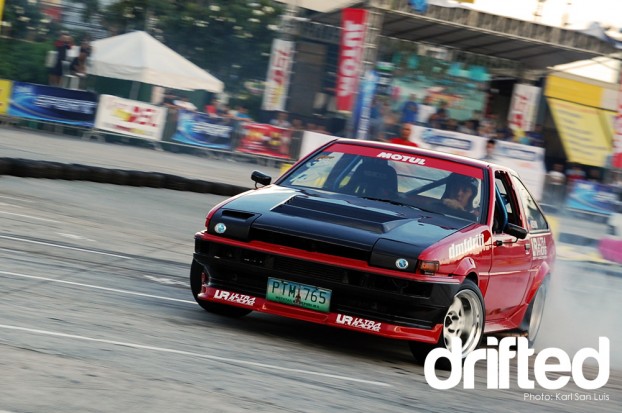 One of the things that you’ll never see regularly is the modified cars. Some of the cars that enter here have mixed front and back design. For example, there was a so-called S14.5 car in Round 4, because the front fascia is an S15, while the back is an S14. Also, other cars swap their engine to fit an RB26 engine inside. 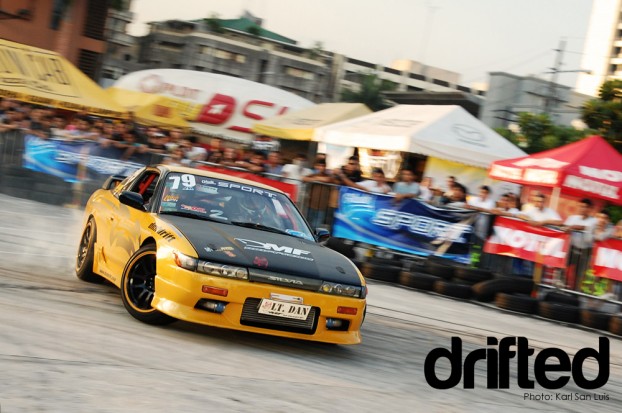 Last year too, it was surprising because two competitors in their Mazda BT-50 joined the competition! 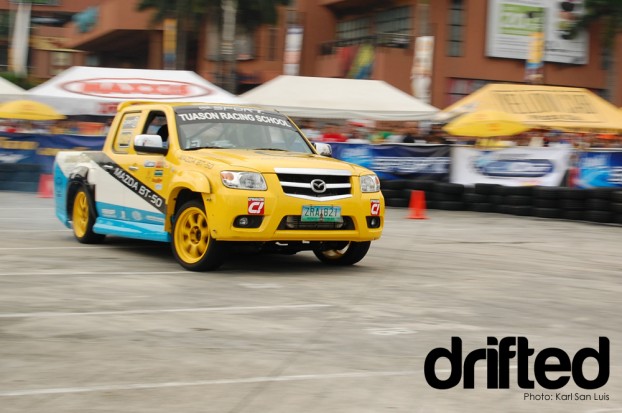 In the previous year, every round was staged in a parking lot in Greenhills in Manila. This is one of the areas that this championship might want to look at. This is because in other countries, they drift in circuits, which is something of an untapped region in the Philippines in 2009.

What most Filipinos don’t know, is that the Filipino actor/host/celebrity Ryan Agoncillo also drifts: 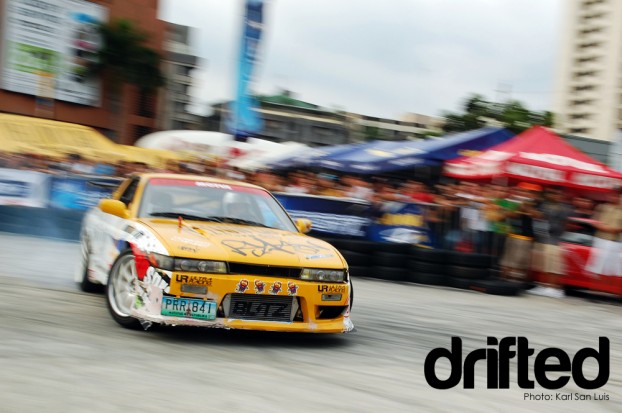 He is a member of the Team Yellow Cab. For those curious enough what Yellow Cab is, it is a famous pizza company in the Philippines. Here’s one of his teammates, Alex Perez: 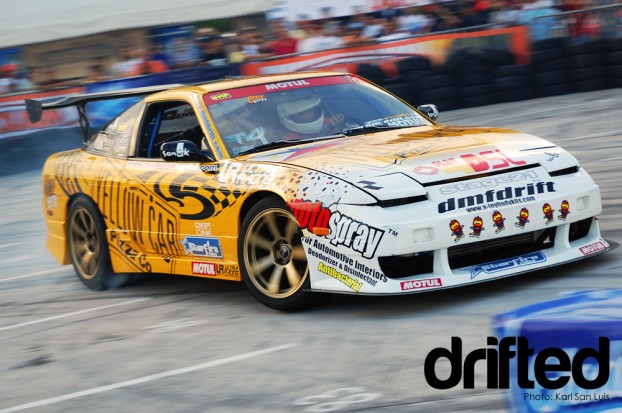 As for the Lateral Drift Championship for 2010, it promises to be more entertaining as the championship goes to new venues, four rounds in Eastwood, and two rounds in Clark International Speedway. Hopefully, more drifting fans will keep in touch with the championship.