Drift Masters - the outstanding new Polish drift series that started this year is something different to what we’re used to seeing. The organisers don’t compromise; if they need a track, they make one. This was highlighted in the first event in Torun, and it continues as we progress through the series. For the collaboration with Prestigio EEDC, another major step was made; Polish motorsports returned to one of the best drifting spots in Europe; the Karpacz mountain passes. Previously banned due to problems with spectator safety, the configuration stayed secret for almost two years before names like Kristaps Blušs, Bartosz Stolarski and others got a chance to shred it to the fullest.

First practice started on Friday; as usual with this series, this wasn’t a typical drift-track layout. The long straight next to concrete barriers tried the patience and nerve of drivers. Some managed to hold it together, some lost their rear spoilers and some lost their cars. No compromise. 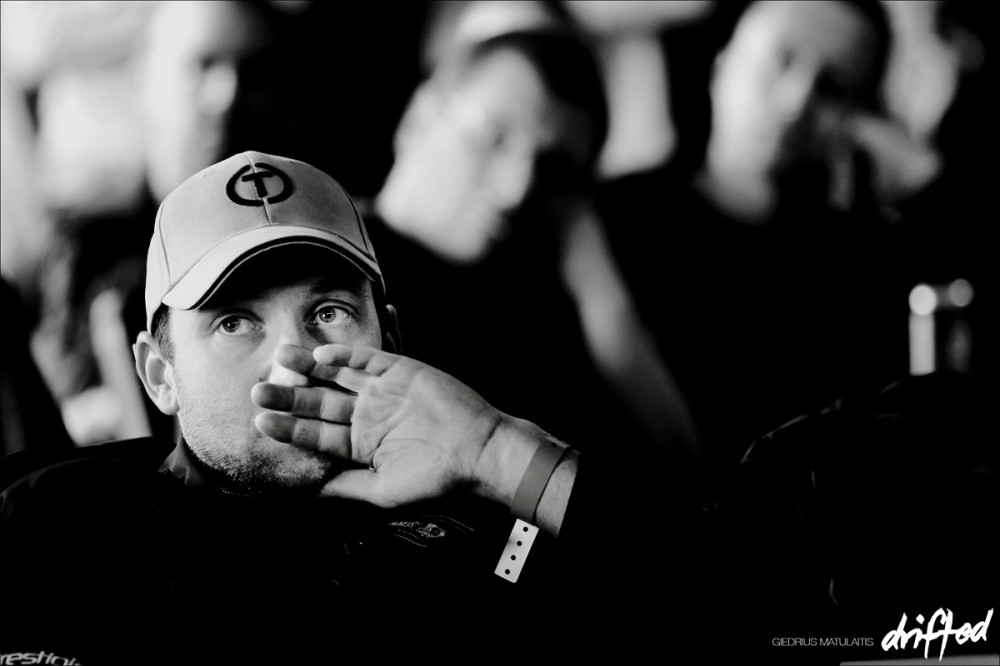 The official event started on Saturday; Europe’s big names struggled to practice tandems and to qualify for the main Tsuiso battles on the challenging course. This made for some surprise results; Latvian warriors Kristaps Blušs and Gvido Elksnis, both rockstars in the Russian Drift Scene, were out, taking 19th and 21st places. Some of the fans couldn’t remember the last time these two did not qualify due to performance on track.

The Polish drivers, as expected, did well. Dawid Karkosik and Artur Opiela of Budmat Auto RB team took 1st and 3rd places, letting Marcin Mospinek squeze in the middle. Only one non-Polish driver qualified; Latvian Edmunds Erglis in his V10 Subaru Impreza. A Japanese chassis with BMW power seems to be the secret to success. That, or being Polish.

Another surprise was the young Adam “Rubik” Zalewski, taking the 10th position. This young driver seems to be the one to follow. His young age gives him little fear on the track, leading to some great runs on the Karpacz passes.

If we thought that qualifing was serious, we were in for a big surprise when the tandem runs started on Sunday. A difficult track to judge required 11 cameras and a number of monitors for some of the contintent’s best judges to do their work. Great viewing angles and multilingual commentary gave viewers at home the best possible experience of the event. Formula Drift, take note!

As expected with Tandem runs, some incidents could not be avoided. One, involving young Adam, made everyone hold their breath. Everyone was relived when he walked out of his car understandibly angry, but thankfully safe and sound. 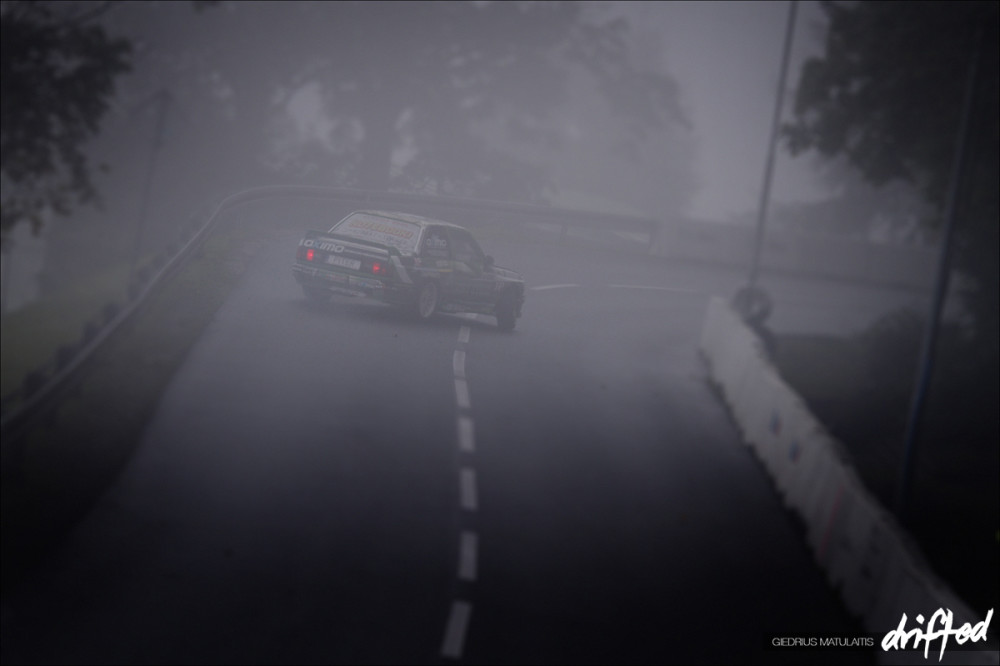 There was another big incident involving Edmunds Erglis and qualification leader Dawid Karkosik. Dawid, chasing Edmunds, went too wide after the straight and ended up hitting the barriers with the back of his S15, followed by another hit with the front. The Budmat Auto RB driver guaranteed some long nights for his mechanics as well as unfortunately totalling the track’s barriers; the organisers had to make the extremely difficult decision of cancelling the rest of the tandem runs, giving out the prizes based on the qualification and Top 16 results combined.

This ended with plenty of discussion about the tracks that the Prestigio EEDC series choose. We’re reminded of the “flying Supra incident” one year ago in Kaunas, Lithuania. This championship, from its inception, has been about challenging the drivers to do the impossible. The inevitable downsides to this approach are the big crashes like we experienced last weekend.

What to choose? Raw spectacles of incredible driving feats or safe, calm racetracks with spectator stands? We think you know the answer. This sport was never about playing it safe or easy. It’s about two guys battling through a series of corners to determine who is the best.

Prestigio EEDC aims to keep providing true drifting enthusiasts with the best experience possible, whether they’re behind the wheel, at the track or watching from home.

The next and final round of the Prestigio EEDC series is in the Czech Republic. The legendary Brno racetrack will host the Czech’s offensive move against the Poles and Latvians who are currently dominating the championship. 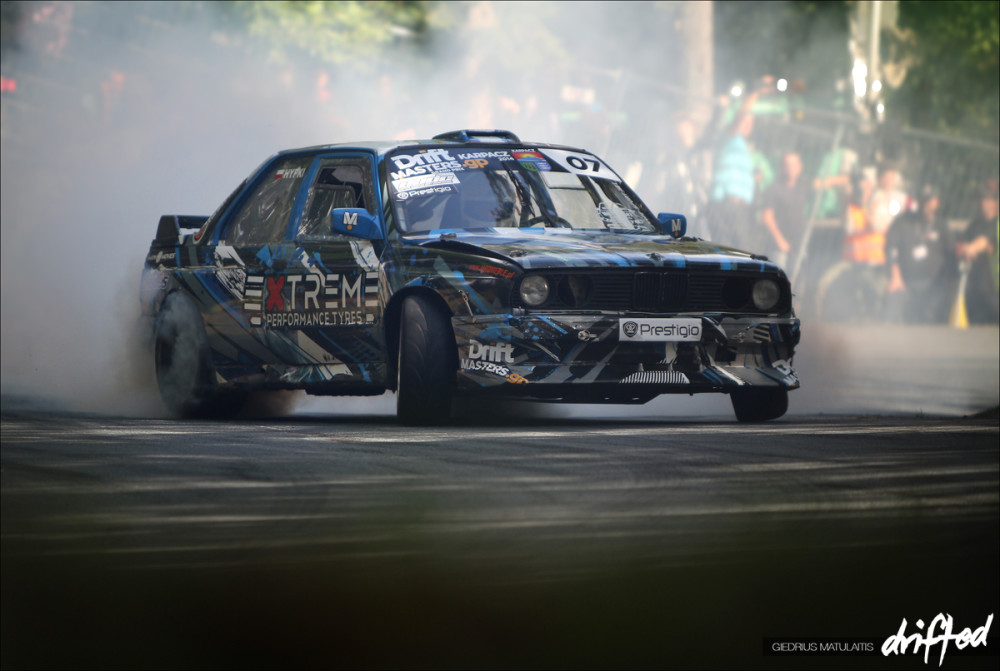 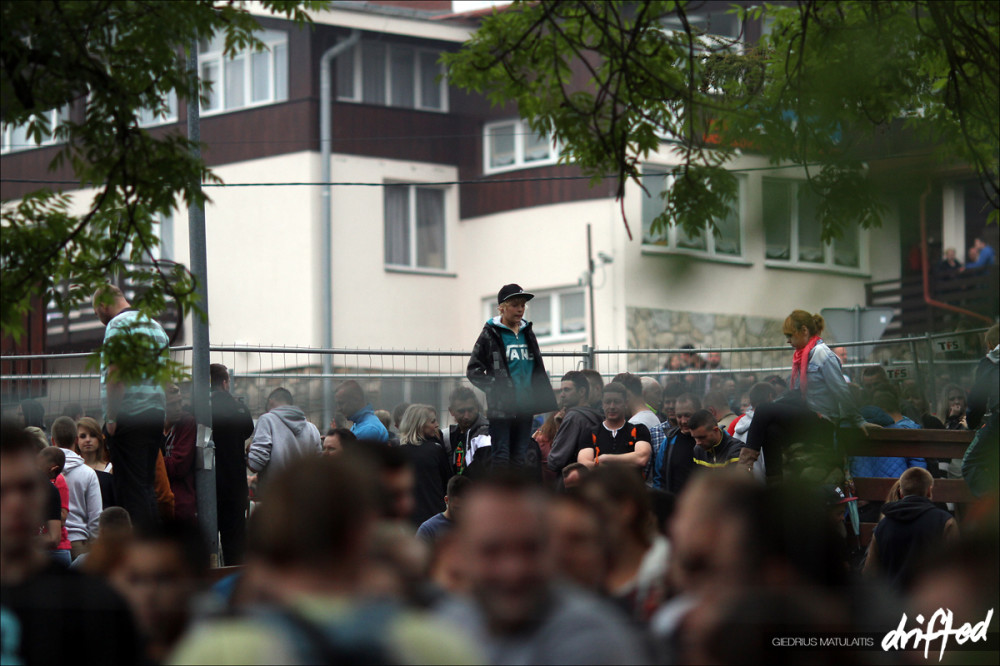