Toyota Altezza – Everything You Need To Know

As one of the most underrated cars in the JDM tuning scene, many aren’t aware of what the Toyota Altezza has to offer. Join us as we take an in-depth look. 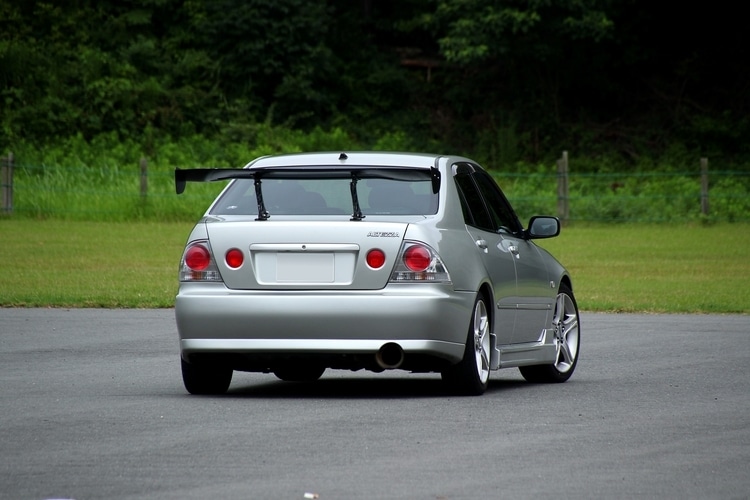 Toyota has come a long way, from making a name amongst JDM manufacturers to becoming a company that sells 10 million cars every year. Toyota has also been producing some of the most amazing rear-wheel drive compact sports cars, and a lot of them are pretty underrated.

If you’ve read our article on the Lexus IS300 Wagon, you know what we’re talking about. The IS300 was introduced specifically for the US, but how did designers at Toyota know that the car would have over 20,000 sales in the US when it launched? 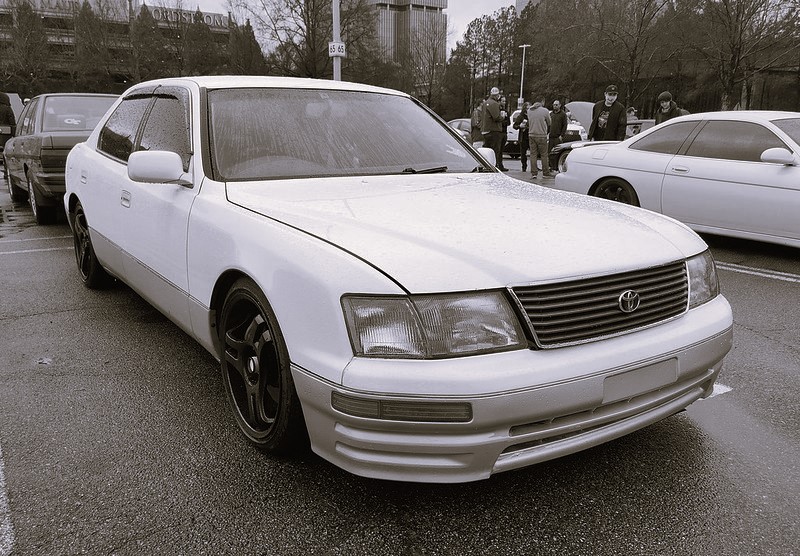 The IS300, or even the LS400 (which is just a Toyota Celsior, if you look at the picture above), are both cars that were originally produced in Japan. Toyota had taken cars that were popular in Japan and rebadged them as Lexus to sell to people in the USA.

Lexus had improved on the luxury aspect – the car had leather seats, and a good interior design, and was even given a 5-star rating on the IIHS crash test.

However, it’s time that we focus more on Toyota rather than Lexus. Toyota gave us the timeless 2000GT, the Supra, the MR2, and the more modern GT86. All of these JDM cars are fast and nimble and come at a much lower price tag than a Lexus. They’re also more fun to drive!

One such car, in particular, is the Toyota Altezza, and if you’re wondering if it’s a good car or not, and if it can hold its ground against a Lexus, read on!

What Is A Toyota Altezza? 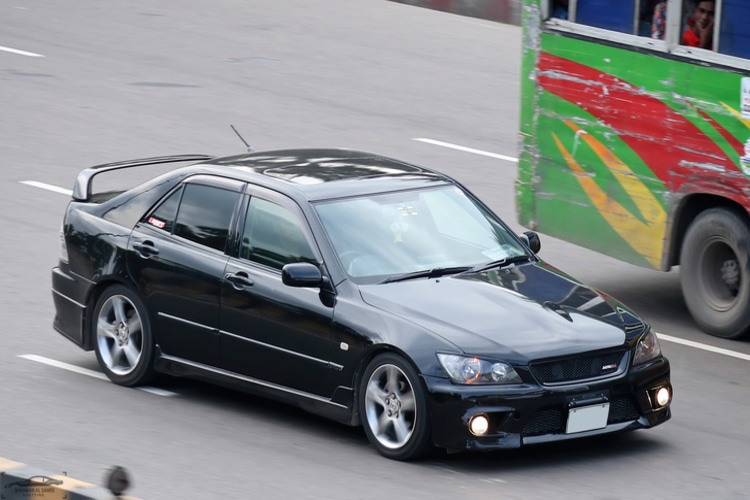 Let’s go back to the IS300. The Toyota Altezza is an IS200/IS300 from the outside. Body kits for the IS300 WILL fit the Altezza as well. However, the Altezza was only sold in Japan, and this is one of the reasons why the Altezza is a better car inherently.

See, Toyota and Lexus have to comply with a lot of regulations when manufacturing a car for the united states, and this means modifying some components, which ultimately leads to a decrease in performance. For the Altezza, this is not the case, since it is a Japan-only variant.

Luxury is also not something that’s been left out on the Altezza. The whole car is designed to have a comfortable feel to it. It has a modest black/grey interior, semi-bucket leather seats that are electronically operated, and climate control, things that you would find on every car nowadays. For a car that came out in 1999, we think this is pretty impressive.

Coming to the engine, the Altezza had two engine options; the RS200 came with a 3S-GE inline-4 engine, and the AS200 had the 1G-FE inline-6. Both the 4 cylinder and 6 cylinder engines are pretty good and are over-engineered to produce the maximum amount of power.

One car that we forgot to mention is the Corolla AE86. The AE86 was first launched in 1983 and is a perfect example of Toyota doing what Toyota does best – making cars.

The weight balance on the AE86 was almost a perfect 50/50, and with the suspension design, the car has good handling like you would expect on a true sports car. And yes, the AE86 is a rear-wheel drive car, so it can drift as well.

The engineer who designed the AE86, Nobuaki Katayama, was also the lead designer for the Altezza project. This is why the Altezza drives and feels good; at the same time giving you an entry-level luxury car feeling

The RS200 model comes with both a fourth and a fifth generation of the inline-4 3S-GE engine, which uses the BEAMS (Breakthrough Engine with Advanced Mechanism System) technology.

These engines are high-revving powerhouses, and 3 variants across the two generations are the Red Top, Grey Top, and Black Top; named according to the color of the valve cover.

This 3S-GE has a total of 16 valves only, differing from the other two models of the Altezza, the AS200, and the RS300 which are discussed below. The RS200 also has an independent front suspension with a double wishbone design, which is found in the AS200 as well. If you’re planning to upgrade your coilovers, the IS300’s coilovers will fit the Altezza.

The Altezza RS200 came with a unique chronograph gauge cluster. In fact, every IS200/300 and Altezza model had the same style cluster. In the RS200, the gauge cluster read up to 9000 rpm, signifying the more high-revving engine.

The Altezza AS200 has the same interior and exterior as the RS200, except for the gauge cluster, which goes up to only 8000 RPMs. The AS200 had the 1G-FE inline-six, rather than the third generation 1G-FE BEAMS in which stronger connecting rods and pistons were used.

The engine in the AS200 uses a cast-iron block with an aluminum cylinder head, exactly like the 3S-GE. Toyota was trying to cut weight when designing the engine, which is why the head was made out of aluminum.

The 1G-FE also has VVT-i (Variable Valve Timing-intelligent) system on the intake camshaft and has an electronically controlled throttle body for a more precise air intake. The engine produces 147.6 lb-ft of torque @ 4,400 rpm and 158hp @ 6,200 rpm.

The AS300, commonly known as the Altezza Gita, is a hatchback/station wagon. The only noticeable differences in this model were clear front indicators and a bigger trunk area and bigger chassis dimensions, which increased the car’s usability.

The rear seats are also able to go down fully, as well as the front passenger seat to accommodate even larger objects. The front seat is also multi-purpose; it has a tray for whenever you want to enjoy food in the back of the car.

The Altezza AS300 is powered by a 2JZ-GE engine and only comes with an automatic gearbox. It has the most power and torque of the three models under consideration, producing 227hp and 220 pound-feet of torque. This engine has a compression ratio of 10.5:1 and 24 valves, the same as the smaller 1G-FE used in the AS200.

Toyota Altezza vs Lexus IS300

The Toyota Altezza was originally designed for the Japanese market as a sports sedan based on the AE86 Corolla and made its debut in 1998.

The Lexus IS came later in 1999 and was designed to compete against the leading European luxury car manufacturers, emphasizing its performance and reliability, unlike the other Japanese luxury car models produced.

As we mentioned earlier, the IS300 also has a redesigned exhaust system with a bigger catalytic converter, which does make it feel a bit more restricted when you hit the gas than the Altezza, which revs faster and higher.

The IS300 also has worse fuel economy, with 18mpg, while the Altezza models (excluding the AS300), have about 24mpg combined.

What Engine Does The Toyota Altezza Have?

The 3S-GE in RS200 has excellent adaptability to performance tuning and different upgrades. Tuning the 3S-GE requires forged camshafts since the engine is already running on higher compression.

The forged camshafts if paired with a high-compression forged piston kit, and individual throttle bodies, will significantly increase power. Switching off the VVTi system can further increase the capacity, allowing you to increase the maximum rev limit to over 9,000 rpm. This will make the 3S-GE produce a total of 250+ HP.

High-compression camshafts and pistons can be found on the 3S-GTE, which is the turbo version of the 3S-GE and has better internals. Keep in mind that the 3S-GTE was used in the Toyota Celica, so it is quite a powerful motor.

By getting 3S-GTE connecting rods, an intake system (like the Apexi power intake), an aftermarket intercooler, a boost controller, a blow-off valve, 3S-GTE fuel injectors with a capacity of 540cc, a Toyota Supra fuel pump, a fuel pressure regulator (from AEM), a downpipe, an HKS ECU, and yes a turbo from Garrett.

All of this will raise the boost pressure to 17-18 psi (1-1.2 bar) and the power to more than 320 HP. However, going this route will pile up costs, so you’re better off purchasing the smaller components and a complete 3S-GTE engine, which are pretty cheap, and then go for a turbo upgrade.

The stock turbo in the 3S-GTE is not feasible if you’re looking to make power in the 400hp region. This is why we recommend purchasing a 3S-GTE complete turbo kit from Garrett, either the GT28 or GTX30 turbochargers with 800 cc injectors.

The cylinder head must then be port and polished, and the valves must be replaced with larger ones. Wiseco and CP manufacture some amazing aftermarket pistons, so be sure to check them out, otherwise, the stock internals will also be enough. For connecting rods, we recommend the Eagle H-Beam rods for the 3S.

Other than that you should go for high-strength ARP studs, a 3″ exhaust pipe system, and that aftermarket ECU to finish it all up. After doing this, you should have 450+ HP.

The AS300 has a 2JZ-GE engine which is the non-turbo version of the infamous engine from the MK4 Supra. The tunability of this 2JZ is also somewhat the same as with the 3S. The GE is a lighter engine than the GTE; hence, it also needs stronger components to push more power.

Thankfully, aftermarket support for all Toyota engines is quite amazing. For the 2JZ-GE, you can find piston kits, camshafts, crankshafts, and other internals to make more power. You can also get an off-the-shelf 2JZ-GE turbo kit upgrade, where you can consider the likes of the Garrett GTX30, or similar with a complete set of details, such as bolt-in 2JZ-GTE pistons for the internals or a 3-mm cylinder head gasket.

Once again, for the 2JZ, these engines also come pretty cheap, and it might just be easier getting a full swap done, rather than upgrading your current setup. This is because there are some differences between the GE, and the GTE variant, which will require machining.

The AS200 has the 1G-FE engine and has to go through a similar process as we’ve mentioned. It might be of particular interest to some tuners out there that there exists a supercharged version of the 1G as well, with the engine code 1G-FZE. The turbocharged 1G-GTE is found in the MK3 Supra.

The Toyota Altezza is a very reliable vehicle with few known flaws that require little attention aside from routine maintenance.

Issues that usually arise from a lack of care. Previous owners have complained about a few small issues, such as the trunk leaking. The factory head unit is also not that good.

The automatic transmission is also an older model, a non-CVT variant. This causes early shifts and jerks, which can be rather unpleasant. Other than that, the Altezza is good to go!

The Altezza is a great car to buy, even in 2022. The car is mostly for young people, who have tuner blood coursing through their veins. With some highly-underrated engine options, such as the 2JZ-GE, a simple turbo kit upgrade can make it an entirely different weapon.

With a handful of off-the-shelf tuning upgrades which are conveniently shared with its USDM counterpart, the IS300, the potential is almost unlimited if you want to make the most of its tuning potential.

Plus, you also score extra JDM fanboy points at the local meet. What more could you want?!