Discover the dos and don’ts if you’re interested in participating on any GTA RP server, and start your roleplay without getting into trouble.

The admins aid themselves with rules to keep you (and everyone else) interested and improve the roleplay experience in GTA RP. These modded servers have these standard rules for their community.

This article focuses on those vital mistakes you should avoid with your roleplay gaming sessions.

What Is GTA RP?

In short, these are Modded GTA 5 servers with their rule sets. Therefore, if you want access to these custom servers, you’ll need to have the GTA 5 video game, download extra files, and create a new account.

The main focus of the GTA RP is to add immersion to the game and reach this goal, focusing on two primary purposes.

First, they add modifications to the game, which makes it more complex. For example, the modders add more functions to the cell phone, giving you an option to “call” another player and have a private voice chat.

The second purpose is to set multiple rules that each player needs to follow. Since the original GTA Online gives you the freedom to walk next to someone and shoot it in the face, this purpose is hard to accomplish. Hence, they ask the players to read the rules before playing and report someone that doesn’t care.

When everything goes smoothly, you’ll see a “close-to-life” experience. Using the GTA 5 game, you can travel in the virtual city, get a job, meet people, and marry.

Since you’re sharing your gaming sessions with other players, anything is possible, and you need to adapt as much as possible. In return, you’ll find these interactions overwhelmingly fun.

If you still want to play with the old rules, check out this GTA Online Bunker Guide.

Before we discuss preparing you for a GTA RP server, you must check that the external stuff works fine.

First, you’ll need a computer with enough hardware components to load GTA 5 with a stable 60 FPS (frames per second). Sometimes you could break the immersion if the video game randomly stops working or “hangs” when loading parts of the city.

Secondly, you’ll need a good microphone that can capture your voice. Inside the GTA RP servers, you’ll constantly be interacting with many different players.

Since we usually use our mouths to communicate, you’ll have to do it here. Also, check your microphone noise levels and settings before you start playing.

Thirdly, it is highly recommendable that you grab and use headphones when you play.

If you use Speakers, the microphone might capture the sounds and create unwanted feedback. Many players react negatively to that problem as they hear themselves trying to roleplay.

Lastly (and optional), you could use the GTA RP experience when you stream or record your gameplay. Many in-game situations are amusing to watch when everyone tries their best to make a roleplay scenario.

Furthermore, the “drama” could quickly get you tons of followers.

Now, the whole point you’ll need to consider when participating on a GTA RP server is to take a character persona. In other words, the person you make in that place will have a backstory, goals, fears, likes/dislikes, and personality traits.

Additionally, you’re always in a “Fear for your life” state, which means you’ll always try to avoid dangerous situations (like in real life, hopefully).

What is RDM in GTA RP?

RDM, or Random Deathmatch, is a term that people in GTA RP use when someone shoots another player without incentive or any roleplay interaction.

In other words, the RP players don’t like it when you randomly go rampant and kill other players because it doesn’t mimic real life. 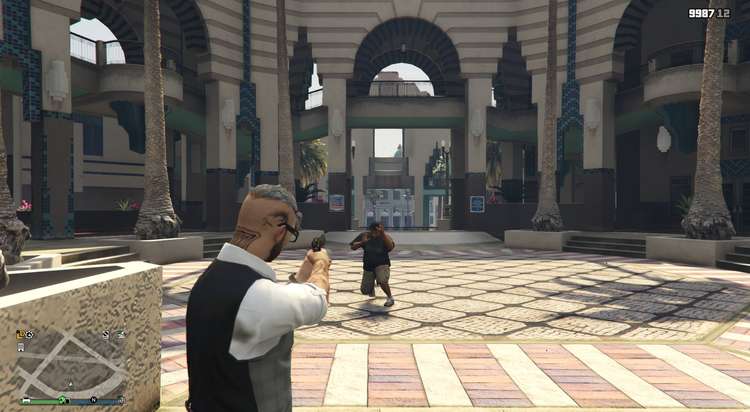 These situations are undoubtedly hard to control due to the lack of restrictions from the original game. If you have any experience in GTA Online, you’ll probably meet a random player that wants to “roleplay” as a troll and shoot everyone.

On the other hand, in a GTA RP server, you always initiate RP before shooting at someone. You could get a report if you don’t want to follow these rules.

Failure to follow the rules could lead to further sanctions (in-game jail or fines). Most noteworthy, if things stay the same, you could get a ban for that GTA RP server.

What is an example of RDM in GTA RP?

Here you have different interpretations of Randon Deathmatch:

Remember to check the server forums/guidelines before committing or reporting an RDM.

Also, you can leave all your troubles behind with the Fastest Cars in GTA Online.

What is not considered RDM in GTA RP?

What is VDM in GTA RP?

Also known as Vehicle Deathmatch, it is a code name for when a player kills another server member with their vehicle without any reason or roleplay interaction.

Some GTA RP servers have a script that prevents this event by removing the collision between a player and a car. Still, other servers might want to keep a “real-life” approach and leave this activated. 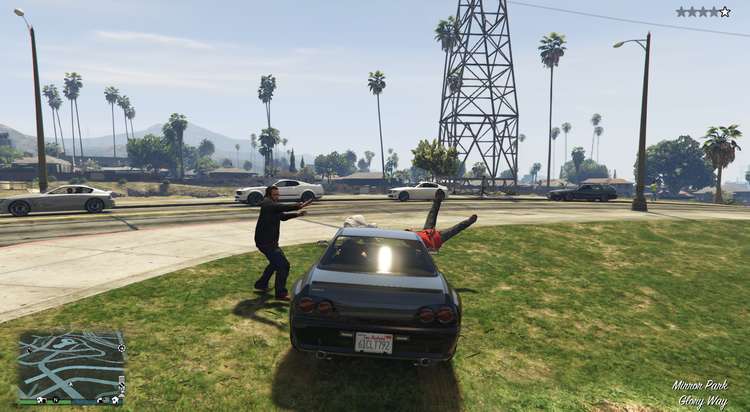 More often than, this offense has the same weight as the RDM, which means that there are possible sanctions. We know that accidents can occur, and what happens next is crucial.

For example, you could immediately stop the car and call an ambulance. Therefore, you could add content to your RP with this interaction.

In contrast, if you follow the “hit and run” approach, things might not look good for you. Someone could send some reports, and you might get banned soonish.

What is an example of VDM in GTA RP?

What is not considered VDM in GTA RP?

Remember to check all documentation and forums from your server. Sometimes they change things a little bit to improve the immersion.

Learn How to Drift in GTA5 to avoid more accidents!

Both Random Deathmatch and Vehicle Deathmatch appear to be roleplaying killers. Moreover, many people move into these GTA RP servers to avoid all the chaos of GTA Online.

Therefore, if you’re involved in one of these sticky situations, try to work things out before letting it all scale up.

Neither one nor the other by themselves are the worst. It all depends on the situation. For example, a new GTA RP player might only get a warning after a single RDM.

Instead, if a veteran member gets caught in a VDM event, they could get sanctioned or even banned.

Above all, the admins themselves get to see the evidence and decide the punishment. After all, the whole community aims for a better experience and pleasing interactions between players.

What is OCC in GTA RP?

Inside the GTA RP community, this acronym means Out of character. Overall, someone is telling you that you had some mistakes with your roleplay skills. Similar to RDM or VRM, when it happens, it kills the “mood” and makes the work a little difficult for the other players.

You should check other players first to avoid this “mistake” when you’re inside a GTA RP server. Currently, you can find different streams on Twitch that can show you how to stay in character (IC),

What is an example of OCC in GTA RP?

Now that you have a clear idea about the rules from the GTA RP servers. You should now go ahead and have some fun!

Check out more ways to enhance your video game with GTA 5 Mods.

In this section, we’ll cover some of the commonly asked questions about GTA RP.

Do I need to Play GTA Online First Before GTA RP?

No, you can start the roleplay experience straight from the modded servers. The only thing that you’ll need to know is the important places in Los Santos. Still, you get to learn everything as you keep playing. Indeed, many players in the GTA RP could help you adapt quickly.

No, you can participate on any GTA RP server without the need to stream your gameplay. Although, if you have enough hardware or Internet capabilities, streaming doesn’t hurt. You could even get an income and form a group of fans.

What is a Whitelisted GTA RP Server?

It’s a private GTA RP server that allows players after they complete specific requirements. Some of the most popular GTA RP servers will have this restriction, and you cannot join immediately. Even though this process is tedious, the admins get an easy job of setting their rules and banning unwanted trolls. In other words, you’ll find a better roleplaying experience with these options.

What is Permadeath in GTA RP?

Would I get Banned in GTA Online for Playing GTA RP?

Since the GTA RP uses a modded server, your Rockstar account will stay the same. We highly recommend that you use two GTA 5 folders. One with the original files (For GTA Online), and the other with the GTA RP stuff.

Can I play GTA RP on a Console?

Due to console restrictions, you cannot change the GTA 5 files. Therefore, you get no opportunity to play with the modded servers on any console. The only version compatible with GTA RP is GTA 5 for PC.

What Happens If I Get Reported for RDM, VDM, or OCC?

It would be best if you discussed this peacefully with the GTA RP server’s admin(s). Depending on the event’s severity, you might not get into too much trouble anyways. Remain calm and find a solution where all parties end up cheerful.