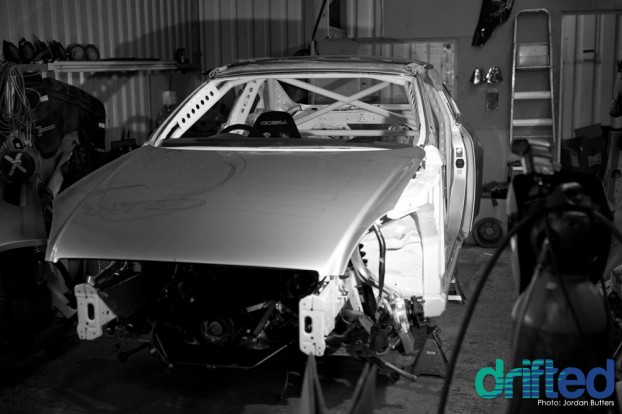 On a very rainy, pretty cold Sunday morning I took the trip down to Team Falken UK’s HQ at S-Body Automotive to check out progress on their 2011 builds. In the above shot we can see the rapidly progressing chassis build up of Polo’s V35 (or G35 depending on your locality). After waving goodbye to his faithful SR20-powered S14 which had served him well for the past 5 years, Paul decided it was time to build something special for the 2011 campaign. 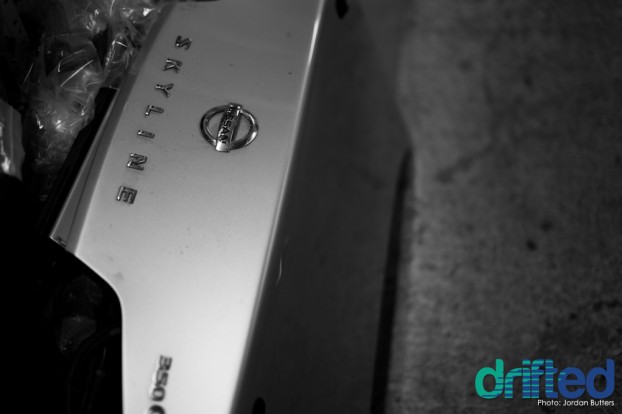 He needed something that would stand out on the grid, yet was mainstream-enough to sustain the need for occasional replacement parts and the obvious upgrades to remain competitive. 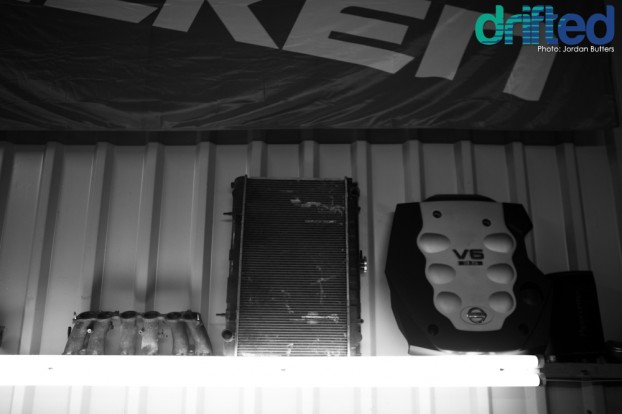 The V35 is based on the popular 350z platform, and never really sold in great numbers in comparison. Some of you may notice that a good number of these shared parts now sit on the shelves around the workshop. The V6 engine having been moved on in favour of the Toyota Supra 2JZ motor. 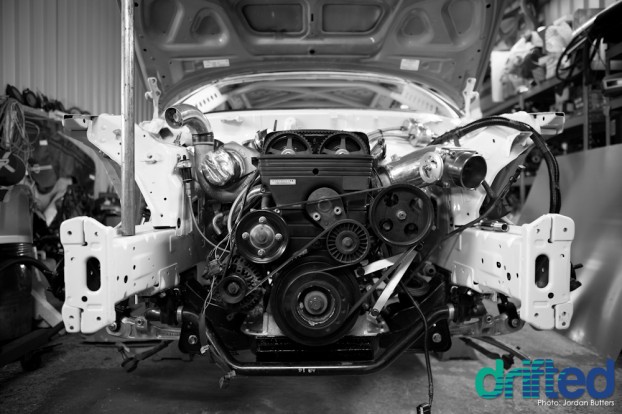 The motor sits nicely in the V35’s bay and thanks to a custom sump and clever use of some Honda CR-V ARB drop-links, clears any obstructions in all the right places. 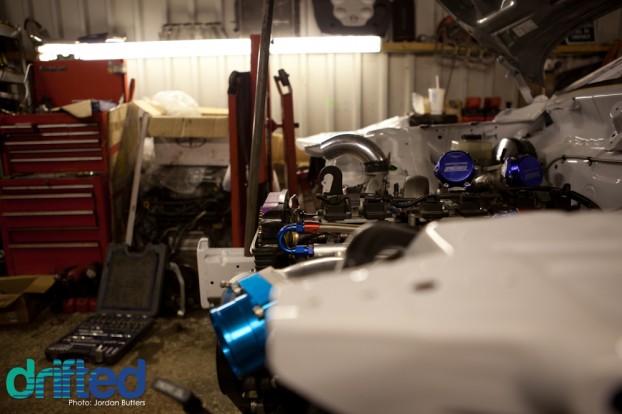 Paul has mounted the engine as far back into the engine bay as he could for optimum handling and weight distribution. This makes things a bit tight bulkhead-side but the handling benefits far outweigh the scraped knuckles in the long run. 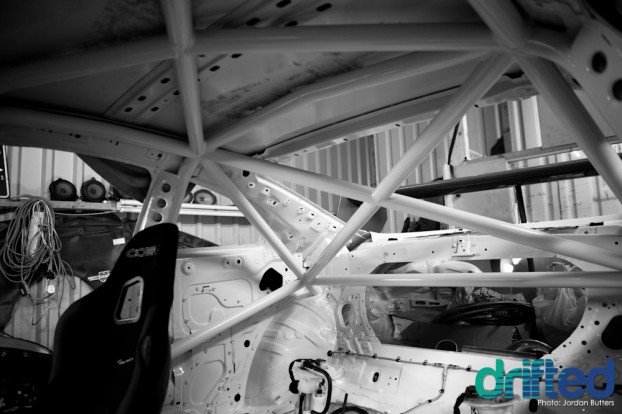 Inside a Nickson Motorsport cage has been custom made to fit nice and snug to the chassis. Gussets have been added to tie the cage in for extra rigidity. Paul also full stripped all the sound deadening out and seam welded the entire chassis front to back. The whole lot then received a lick of fresh white paint. 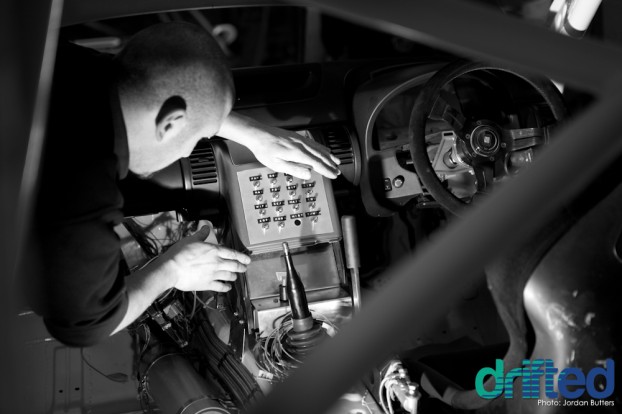 Creature comforts sitting in the bin outside, Paul has made good use of the dashboard space with an array of switches to control the essential functions. 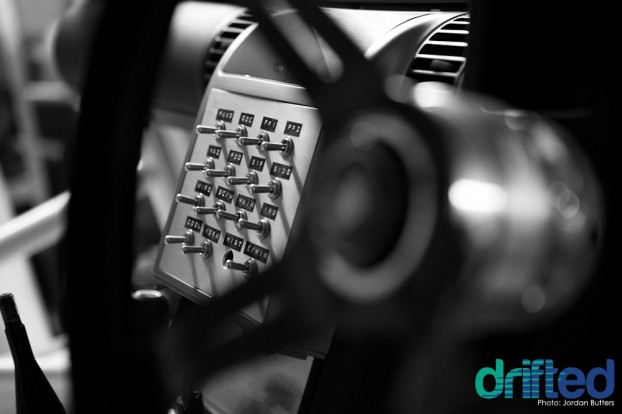 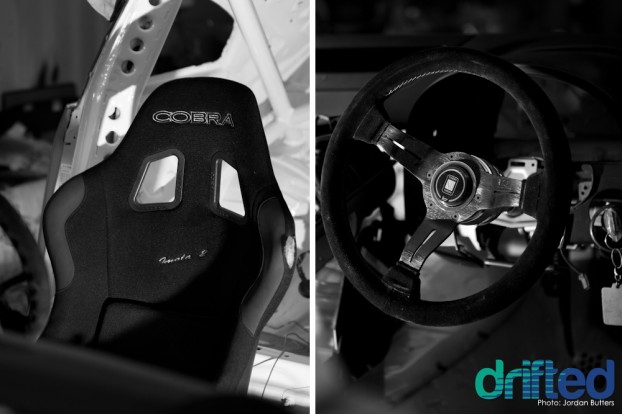 A solitary Cobra Imola seat and Nardi wheel currently keep the rollcage company inside the car. I’m hoping for a passenger ride once its running so I’m hoping there will be a matching seat passenger side. 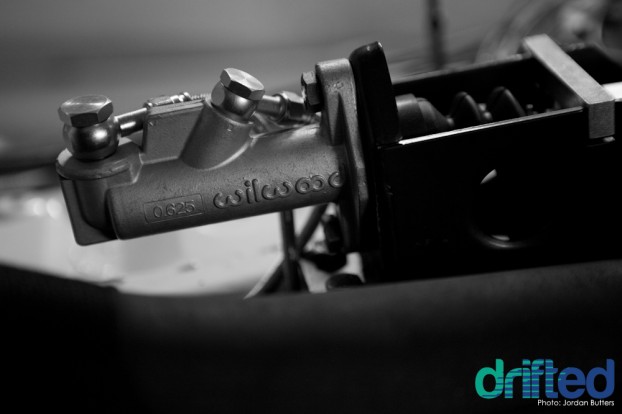 The final key drift-car interior ingredient, the all important hydraulic handbrake for locking the rear wheels. 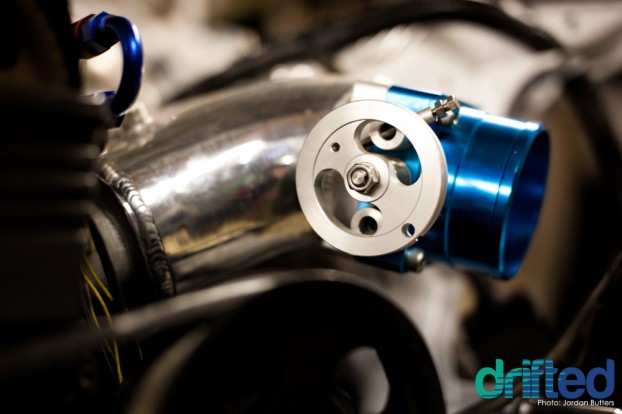 Under the bonnet the 2JZ motor is fed by an 80mm throttle body mounted on an aftermarket inlet manifold…. 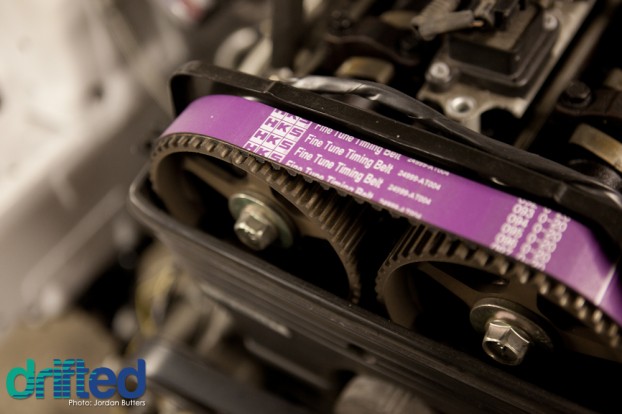 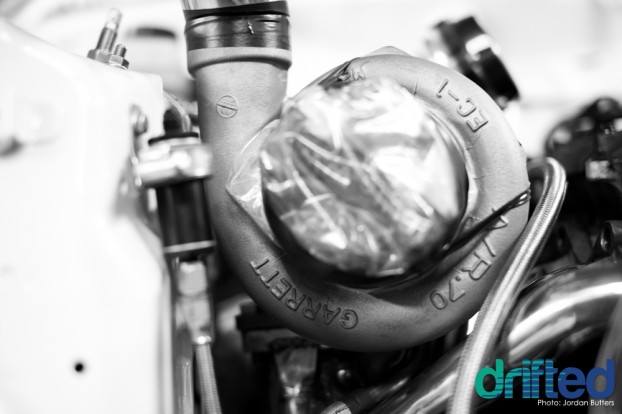 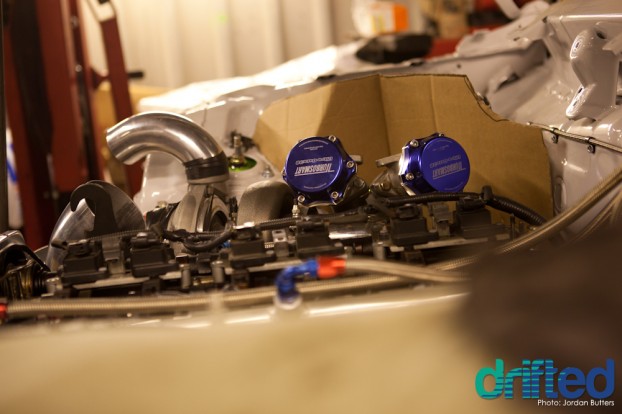 ….With the help of a pair of Turbosmart external wastegates…. 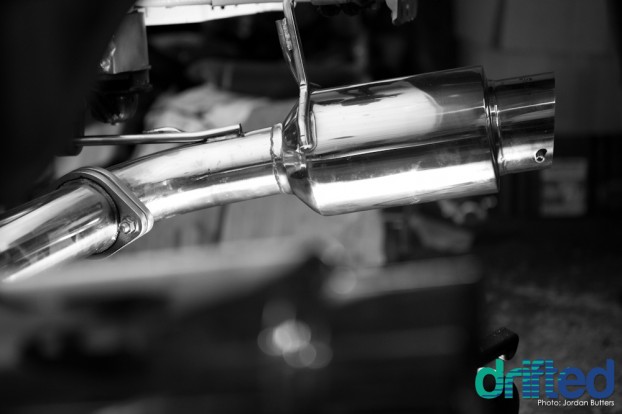 ….And at the back a Japspeed twin exhaust completes the symphony. 600+bhp should sing pretty well. 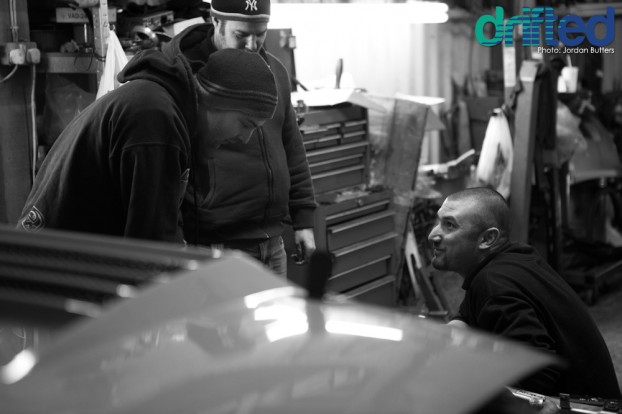 While I was at the workshop the team were also working on Matt Carter’s S14 1JZ swap, we’ll look further into his progress in another post soon. 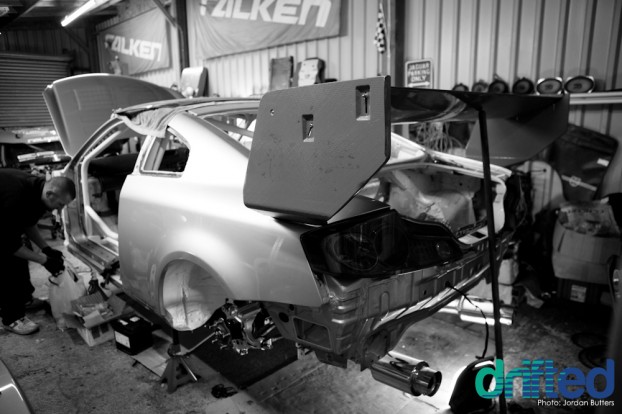 But I’ll leave you with a controversial talking point on the Team Falken Facebook Page – rear wing or no rear wing?!