Let’s discuss important information from the gaming industry’s two magnates. Furthermore, this article speculates if Forza Horizon 5 could take the next expedition in another console.

One of the hot topics that always surrounds the video game community about consoles is: Which is the Best Console? And to be fair, the answer is never simple. The answer might appear complex or straightforward depending on the website and the players.

If you as the Playstation forums, they will always give fair points about Sony or Playstation in general.

One of the strong points of this console is the exclusive games (For example, Gran Turismo) and the support from third-party developers.

On the other hand, if you ask on an Xbox website, you’ll only find wonderful things about Microsoft and the Xbox scene.

Overall, with the acquisition of solid development teams like Bethesda (and possibly Activision), they are leaving the competition without video games.

But if you go into a random video game forum, you might see some bullets flying around.

Depending on their flag, some commenters will defend their colors and crush their “opponents.” Whether their responses are genuine or deceptive is not entirely their fault.

One of the strategies that gaming companies use is to “demonstrate” that they sell a better product.

Sometimes they hide essential information or hide content behind their console. As a result, some community members only repeat what they see.

Neither console is good or bad; you can have fun and play good video games with any option.

Though, like essential players on a football team, you can only see some items within each team/group—for example, Gran Turismo with Playstation or Forza Horizon with Xbox.

Does this help in the long run? Well, this is the main topic that we’ll discuss even further.

After a failed attempt to increase the functions of the SNES (Super Nintendo Entertainment System) with a CD-Rom, Sony wanted more with the gaming industry.

When they launched the first Playstation, they competed directly against Nintendo and Sega.

After a competitive relationship with other Japanese manufacturers, they managed to stay relevant through these years.

One of the strong points that always follow Sony is many innovations, powerful consoles, and awesome exclusives.

For example, the first Gran Turismo saw its first installment with the original Playstation console.

Thanks to the simple but working controller, we can play easily drift around the road and manage to reach the finish line first.

The analog stick gives us the proper precision for each turn, and the triggers help us simulate adequate acceleration and break.

The main goal is to help us explore the racing world as we try to earn licenses and unlock multiple tracks and vehicles.

Nowadays, the immersion grows with the Playstation 5, 4k televisions, and steering wheels. We can “feel” each drift and explore how a sports car performs against the pavement. 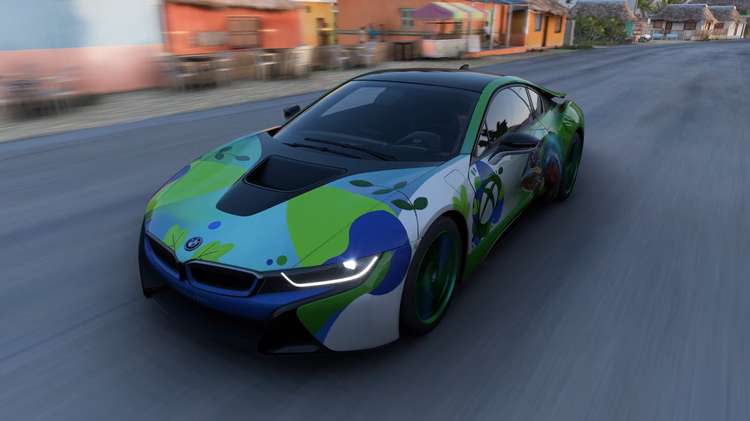 Now, let’s give the spotlight to the Xbox Console from Microsoft. First, this empire already made itself known for its powerful software capabilities. Indeed, the “Windows” operating system came to the market and took the first spot.

Seeing success with their programs, they took another swing and made some efforts in the gaming industry.

Even though the first Xbox didn’t significantly impact, it kept the vision alive. Therefore, after gathering all the data and spotting the mistakes, they retried with the Xbox 360.

Luckily this was a great success and kept that “gaming” part alive, which helped build their whole kingdom.

Even though more developers are joining the Xbox ranks, they seem to focus on the digital domain.

As a result, they made the gap between consoles and PC (with Windows installed) a lot easier.

Additionally, we see more items in their “Game Pass” ecosystem instead of adding more console peripherals.

Thanks to the Xbox Series S, many casuals experience drifting the road quickly if you add the Game Pass.

After purchasing the cheapest “Next-Gen” console, the next step is downloading Forza Horizon 5.

Is Forza Horizon 5 Cross Platform? Check the answer in the linked article!

At the moment, these two seem to dominate the “hardcore” gaming market in the entire world.

Whenever you visit a friend or a relative, there’s a high chance that you’ll see either console next to their televisions.

When Sony entered the gaming market, it removed Sega from the equation.

Even though Dreamcast was a powerful and innovative machine, it couldn’t compete against them (and also against its old rival, Nintendo).

Similarly, when Microsoft took the spotlight, it shrunk Nintendo’s power.

They could have shared Sega’s downfall if it wasn’t for their unique controllers and IPs (Intellectual Properties).

These two companies seem to keep fighting now that everyone else is not that much of a treat.

In other words, we have a battle between Japan versus the United States.

Although, due to many third-party developers, this “territorial” attribute seems to blur.

Still, they seem to keep their arsenal untouched with powerful exclusives.

Even though both powerful consoles (Xbox Series X and Playstation 5) can run their games at 4k with 60 fps, they have no access to some video games.

Therefore, as a player, you always need to gravitate to what console gives you the best options.

Even though we have more than enough time to test the capabilities of the new systems, we still manage to see the last-gen pop around.

Many times, the video game exclusives still give support to these machines with excellent options.

From these “old” gems, we still get the option to play online and get the same experience as the upgraded players with crossplay.

Either Playstation 4 or Xbox One gives us many opportunities to play many driving video games.

Therefore, if you’re having a hard time finding the latest consoles, they are still alive and kicking.

Now, when it comes to the latest of the latest, you’re getting some of the best gaming experiences.

These powerful devices can run any video game without too many struggles.

Moving forward, the standard for a good gaming experience is getting 60 frames per second (FPS).

Additionally, depending on your screen, you can lower/increase your games’ resolution. Sometimes, you’ll see a sharp image as you drift across the map with 4K televisions.

Both the Playstation 5 and the Xbox Series S/X come with impressive hardware that reduces roadblocks to the developers.

For example, we get to see fewer “loading times” thanks to the addition of the SSD (Solid State Drive).

To find out more about the Latest-Gen performance, you could see improvements on Forza Horizon 4 DLC with the Xbox Series S/X.

Which Console is Better?

There’s no honest answer to this question. Some community members might give you hints about one option while belittling the other.

Even though we have seen such ups and lows from both companies, they still stand thanks to their outstanding efforts.

On the one hand, you have the Xbox Series S/X, which both have the weak (Series S) and strongest (Series X) in the gaming market.

Microsoft seems to invest more in enjoyable “Software” or programs that take full advantage of the consoles.

Similarly, the Playstation 5 is a powerful system that takes everything to another level.

Sony is taking notes about its “adversary” strategy and seems to focus more on the “Hardware” or the tools. Hence, the controller has more capabilities, and the console looks cooler.

As we previously mentioned, it is recommendable that you check the exclusives and follow your taste.

The ideal scenario would follow a place where you can use both consoles and get all the gaming content.

Forza is one of the greatest video game industry franchises and an excellent element for the driving enthusiast.

They take the “crossing” into something unique, which aims to draw tons of players from around the world.

Is Forza Horizon 5 Worth Playing? 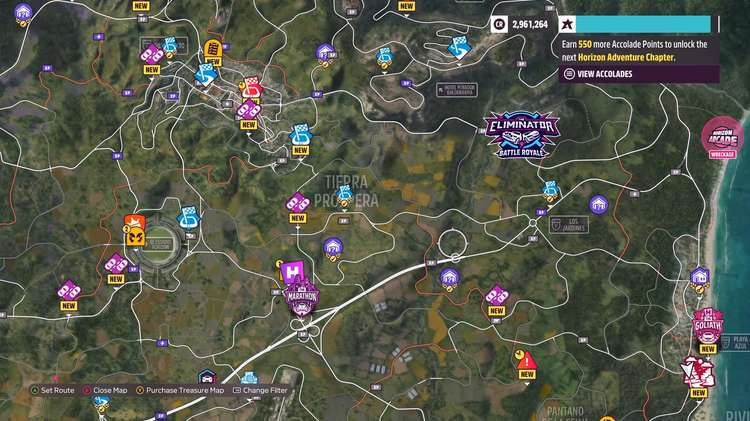 Of course! Forza Horizon 5 is a great title, even if you aren’t following the driving genre in video games.

When you run this game for the first time, you’ll soon find unique gameplay elements, such as:

Learn about the Forza Horizon 5 Car List and check if it got what it takes to be a good racing video game.

Why there isn’t Forza Horizon 5 PS4/PS5?

One of the objectives of the Xbox franchise (and Microsoft) is to keep their customer happy.

To reach this goal, they keep releasing exclusives to the console. At the same time, these video games help them shape the Xbox into something unique.

When an element like Forza Horizon 5 takes a risk and appears within the rival console (PS5), it loses its uniqueness.

A similar gaming “phenomenon” showed when the Forza franchise entered the PC market.

After a few complaints, both communities (Xbox and PC) accepted the move, and now everyone gets to play together.

Forza Horizon 5 PS4/PS5 in the Near Future

Now that everyone is moving into the PC market (even Sony), there’s always a chance that exclusivity might banish.

For example, we could see a Game Pass subscription when you boot the Playstation 5 console and try Forza Horizon 5 in that environment.

Since both companies build their systems with unique features, it could become complicated to adapt everything.

One way to ease the transition is to improve “cloud gaming” and experience gaming without needing complicated ports.

Either way, an exchange between Gran Turismo and Forza Horizon is too complicated. A new gaming company might simultaneously shake things up for every community, which could force a powerful alliance between Sony and Microsoft.

Meanwhile, it would help if you got the upper hand by checking the Best Drift Car In Forza Horizon 5.

Even if you do not have Forza Horizon 5 on a Playstation 5, other ways exist to practice your drifts.

Keep those hopes up, and someday we might see significant changes in the gaming industry.

Here are the most common questions about Forza Horizon 5 for PS4/PS5.

Is the Game Pass exclusive to Xbox?

You can only subscribe and use the features from the Game Pass with an Xbox console and a PC. If you make an account with a Playstation 5, you cannot use any features like installing video games. Furthermore, the Xbox Cloud Gaming is inaccessible in the internet browser.

What other driving game alternatives can I play on Playstation 5?

Besides Gran Turismo, you can access Dirt 5, Wreckfest, F1 22, Need for Speed: Unbound, or WRC10. Each option has excellent gameplay features and can soothe the drifter within you.

Which is the best diving video game on Playstation 5?