Forza Horizon 4 DLC – Everything You Need To Know

Forza Horizon 4 proves itself as the most popular Xbox racing game of all time, and this additional DLC content provides even more challenges and cars to enjoy!

Now that almost three years have passed since the initial launch of the much-loved Forza Horizon 4 game, it’s safe to say that the most recent addition to the Forza series has been the most popular Xbox racing game of all time.

With two million copies of the game flying off the shelves in the opening week of sales, it’s gone on to achieve more than twelve million sales in the present day.

After leaving Forza Horizon 3 and Forza Motorsport 7 in its dust, Horizon 4 has continued maintaining the crown.

With the eleventh offering in the Forza franchise providing an incredible open-world racing experience, no rival games have managed to match the excitement and variation it offers in the meantime, which is why so many gamers are still enjoying FH4 in the present day. 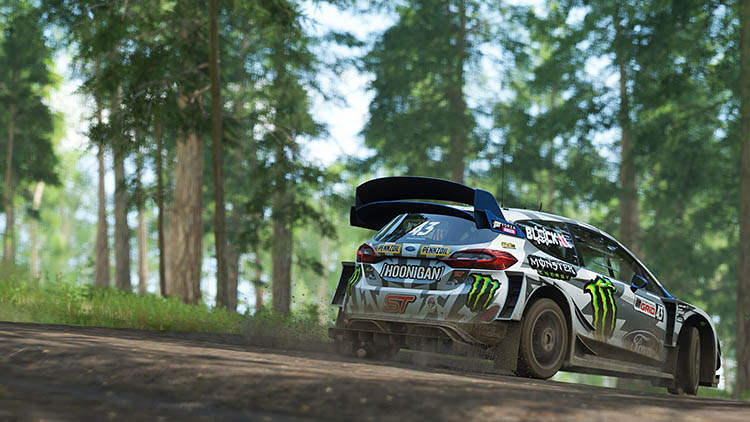 With the opportunity to drift, race, or cruise your way through the picturesque open-world British countryside, you’ll take in some of the most incredible sights that the UK has to offer along the way.

As we look towards the highly-anticipated Forza Horizon 5 release date, gamers will have the opportunity to shred on the streets of Mexico for the first time.

But, if you’re too eager for fresh content and you don’t feel you can wait for the Forza Horizon 5 release date on November 5, 2021; Horizon 4’s DLC content can provide the perfect opportunity to enjoy new cars, challenges, and scenery along the way.

With all of the DLC content that the game has to offer unlocked, there’s an insane total car list of over 720 vehicles from 121 manufacturers, with the most expensive and desirable fetching price tags of up to 10,000,000 CR.

In this guide, we’ll be showing you what you get with each premium DLC pack in the game to help you decide whether it’s worth the purchase or whether it’s best to wait and save your bucks for the launch of Forza Horizon 5. 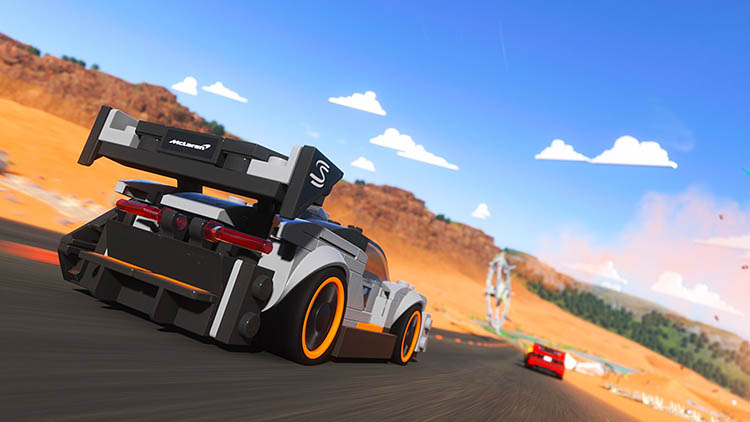 It’s not just cars that DLC content has to offer, but also an entirely new island to explore alongside seeing a completely new concept with the LEGO expansion.

If you’re keen to learn more about everything that the Forza Horizon 4 DLC content has to offer, then head to the topics at the top of this article, or continue reading as we take a comprehensive look into everything you need to know.

If you’re anything like us, then the first thing you’re after when it comes to DLC content is exciting new cars that aren’t available in the original game, and Forza Horizon 4 certainly has no shortage here!

When the Formula Drift car pack trailer dropped, it almost broke the internet.

You could get your hands on the Formula Drift Car Pack with the Deluxe Edition and Ultimate Edition of the game, but it’s also available as a separate purchase.

This pack allows you to get behind the wheel of several legendary Formula Drift cars and answers the prayers of many tuning enthusiasts.

With pre-made drift tunes based on real-world Formula Drift cars, this DLC content provides the ultimate opportunity to prove your skills with these high-performance builds.

But, don’t forget, you’re still able to tweak these setups, so make sure you head to our Forza Horizon 4 tuning guide to refine them to match your unique individual drifting style to perfection.

This pack features some of the most memorable vehicles from the hugely popular James Bond movies that have hit the big screen over the years.

Unlike the Formula Drift Car Pack, this isn’t available for Deluxe Edition owners, but those who purchased the Ultimate Edition will be able to enjoy what it has to offer.

With the Best of Bond Car Pack, you’ll receive the following vehicles:

Like Toyota, Mitsubishi also took a hiatus from having their cars included in the Forza Horizon series. But, thankfully, they returned in style with this car pack, which left their fans rejoicing.

Wondering why you can’t purchase a Mitsubishi Evo in the game? The answer is simple - you’ll need to get your hands on this completely free car pack, which includes the following cars:

Next up was the Barrett-Jackson Car Pack, which features some of the rarest and most unique cars available in the game. These cars are also included in the Car Pass.

If you’re looking for something a little different, this may well be the perfect pack for you.

We’ve had HEAPS of fun modifying the following cars and turning them into epic, unsuspecting drift weapons:

Next up is the Welcome Pack, which included various tunes, from legendary road cars to epic off-roaders and rally cars.

Although these cars already feature in the game, these unique pre-tuned variants enable you to get your hands on these hard-to-find vehicles right away.

With a wide variety of all-terrain vehicles, such as rally cars, UTVs, and SUVs, this is an epic opportunity for those who love to explore away from the beaten track with the following new vehicles, also included in the Car Pass:

Known for producing some of the finest sports cars the world has ever seen, this pack lets you get your hands on some of the British track-racing legends, which are also included in the Car Pass.

If you’re a fan of high-speed race cars, then this could well be an ideal pack for you, with all of the vehicles also featuring in the Car Pass:

Featuring some of the more unique offerings of any DLC content, the Icons Car Pack features some of the quirkier vehicles that feature in the game, all of which are also available with the Car Pass:

This pack will provide some welcome additions to your garage for the JDM fans out there, providing the likes of the Honda S2000 and Mazda RX-7 Spirit R, which are again available with the Car Pass: 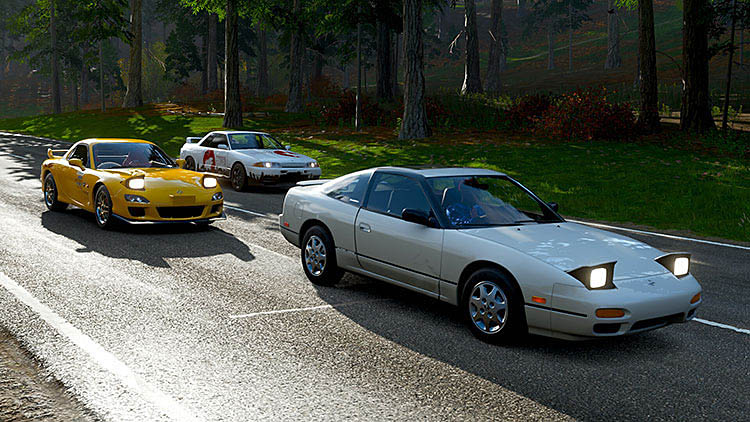 If you enjoy the unique feel of top-down, sideways action – look no further than the Open Top Car Pack! These vehicles are also included with the Car Pass.

The final car pack to be released in 2021 was the Hot Wheels Legends car pack, which is only available as a separate purchase, even if you own the Car Pass or Ultimate Edition.

Those that pre-ordered the game from certain retailers were able to get their hands on unique variants of existing models that could be found in the game:

As you may have noticed in our Car Packs above, much of the later DLC content was also available for purchase with the Forza Horizon 4 Car Pass.

If you’re looking to bulk buy a large selection of vehicles, the Car Pass provides 49 additional cars, making it cheaper than buying each Car Pack individually.

Here’s a full list of the vehicles that you’ll receive when you purchase the Forza Horizon 4 Car Pass:

While the vehicles in the Car List above will provide you with the ultimate garage, you may still desire something a little different from your typical Forza Horizon 4 experience.

Although the British countryside is bound to provide a vast amount of entertainment, many Horizon fans may have exhausted their options with almost three years of playing time! 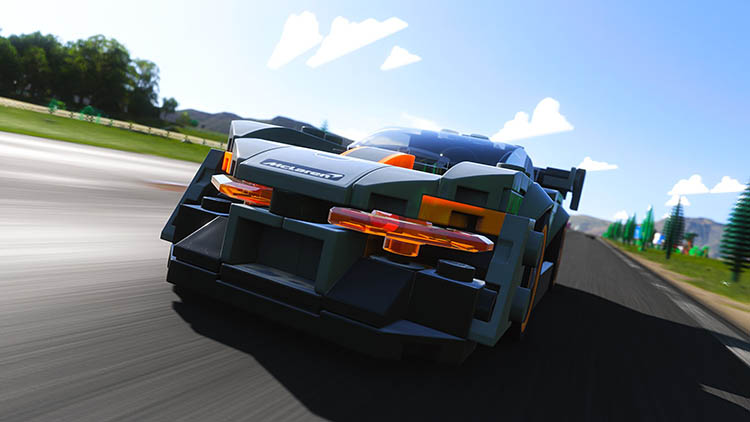 Thankfully, this is where the games’ expansion packs provide an entirely new concept to the game with new unique cars, events, campaigns, achievements, and a completely brand new location to enjoy.

If you purchased the Ultimate Edition of the game, you’re in luck, as you would’ve been gifted the following expansion packs upon release. If not, don’t panic, as you’re still able to purchase them separately.

As you unlock a brand-new campaign, you’ll have to deal with extreme terrain and lightning storms in the quest for searching for the hidden treasure on Fortune Island.

Launched on December 13, 2019, this was available as a separate purchase or included for those who purchased the Ultimate Edition, Ultimate Add-Ons Bundle, or Expansion Bundles.

Along with 24 new achievements and a selection of new stunts and event types, there are also ten unique cars to help you master the expansion:

Launched on June 13, 2019, this was available as a separate purchase or included for those who purchased the Ultimate Edition, Ultimate Add-Ons Bundle, or Expansion Bundles.

This expansion brings 31 new achievements, a selection of unique LEG0-based tracks and various sites to discover, alongside a unique house and several new campaigns.

As you probably guessed, there’s also a selection of brand-new LEGO vehicles to enjoy, too!

If you’re struggling to find the 1974 LEGO Speed Champions Porsche 911 Turbo 3.0, then we’ll let you in on a little secret. 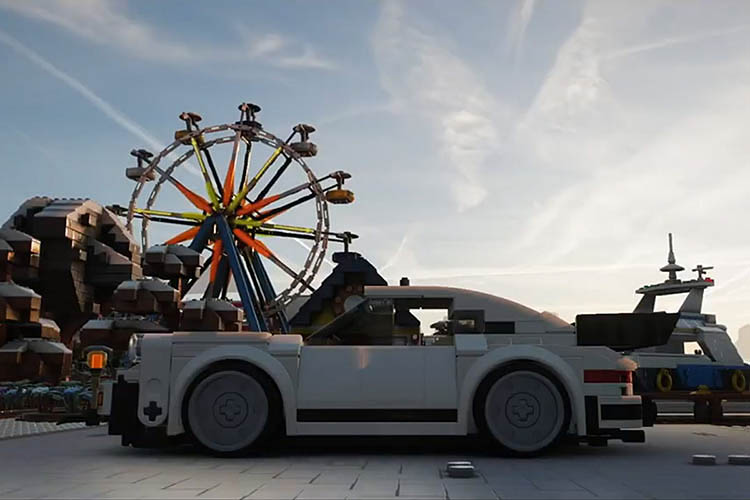 If you head to the following location on the map, you’ll be able to find the Porsche barn find.

If you’re still struggling, then make sure you check out this video, which shows you everything you need to know.

Can You Buy DLC Cars In Auction?

Although some of you will be hoping to get yourself DLC content in the Auction House without needing to buy it, unfortunately, it’s not that simple.

You can only buy and sell DLC content that you already own within the Auction House.

So, the only way you’ll get your hands on the unique content in this guide is with additional purchases – assuming you don’t have a special edition of the game.

After the Series 14 update, it’s no longer possible to sell Lego Speed Champions cars in the Auction House or remove them from your garage.

The reason behind this move is that you’ll eventually need to use them for required content in the game.

When Does The Next Forza Horizon 4 DLC Come Out?

Unfortunately for Forza Horizon 4 enthusiasts, Playground Games has announced that they will no longer provide further expansion or DLC content for FH4 due to the imminent launch of Forza Horizon 5. 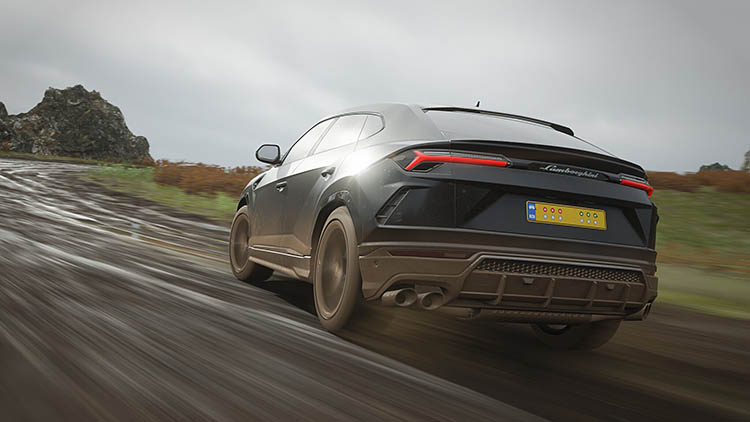 With that said, it’s been a great ride for the most successful Xbox racer of all time, and we do not doubt that the latest game in the franchise will be a worthy successor that’ll once again provide plenty of awesome DLC content along the way.

So, there we have it! We hope that we’ve covered everything you could want to know about Forza Horizon 4’s DLC content in this guide.

Thank you for reading our Forza Horizon 4 DLC guide.

If you enjoyed this article, please share it with the buttons at the bottom of your screen. If you’ve found this information useful, then please take a moment to share it with other Forza enthusiasts. We appreciate your support.