After two Gymkhana GRID rounds in both France and Germany earlier in the year it was time to head to Spain’s capital city, Madrid, for the finals – The European Gauntlet. Friday gave competitors a ‘Last Chance’ to see if they could get themselves bumped into Saturday’s seeding for the final. With competitors running in AWD, RWD and Supercar categories, blue skies and glorious Spanish heat, GRID fans were in for a true motor sport spectacle.

With other Monster Energy athletes from drifting, motor cross, rally-x and speedway in attendance, Saturday’s packed out grandstands would overdose on the non-stop action in the late autumn sun. 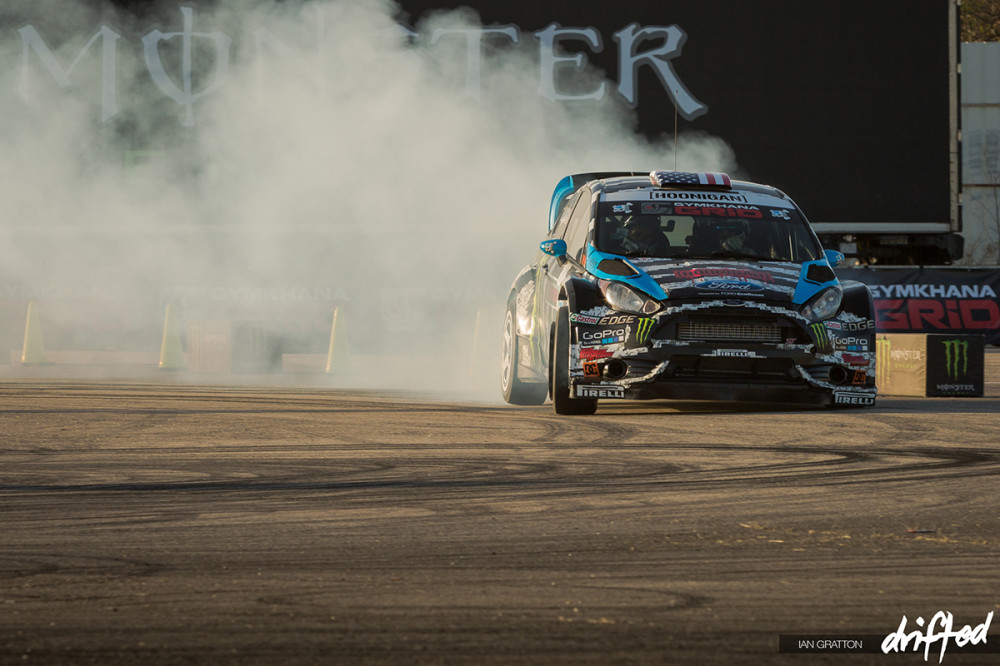 Ken Block spent Friday putting on spectacular demonstration runs through the course for television and news outlets in attendance and which gave him and the other competitors some time to dial their minds and cars into the challenging course. The 650bhp Monster Energy Ford Fiesta synonymous with Ken’s viral ‘Gymkhana’ series of videos had the crowd going wild! 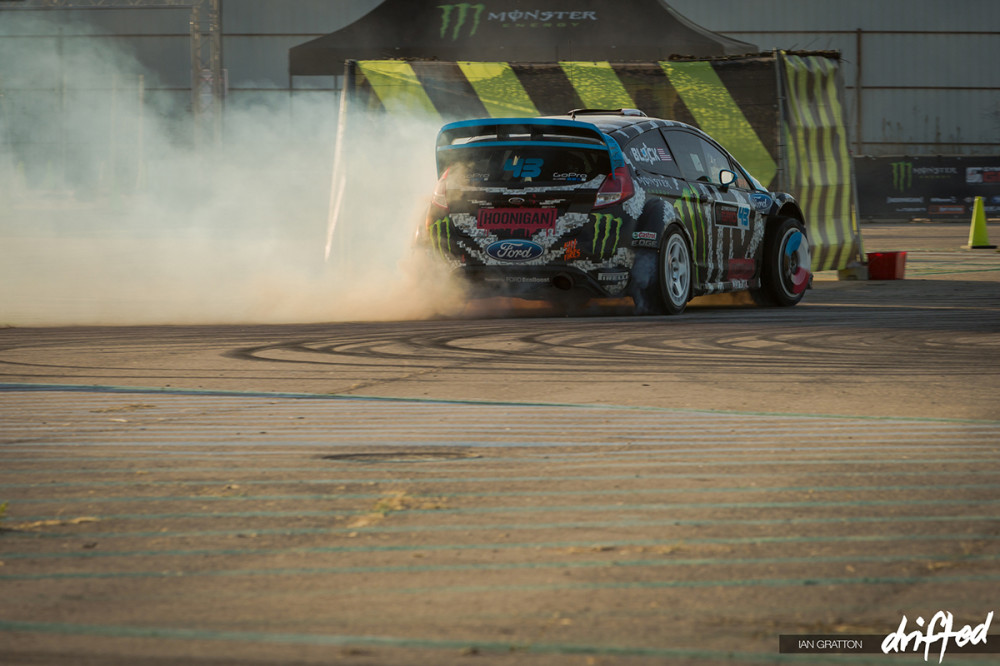 2013 had seen Ken Block take second place in the supercar category with Dakar rally driver Nani Roma taking the top spot on the podium. Hungry for victory and wanting to avoid a re-run of last year, Mr Block had definitely packed his A-game for this event.

As the sun dropped over the bespoke GRID course it was time for Ken Block to do battle with Jake Archer in the Kamikaze Racing GC8 Subaru Impreza Wagon from the UK.

After some very close driving Ken Block took the win to the delight of the hugely vocal crowd. Ken was ‘stoked’ to take the win and the €10,000 prize which he donated to the Keep A Breast Foundation charity which he supports. 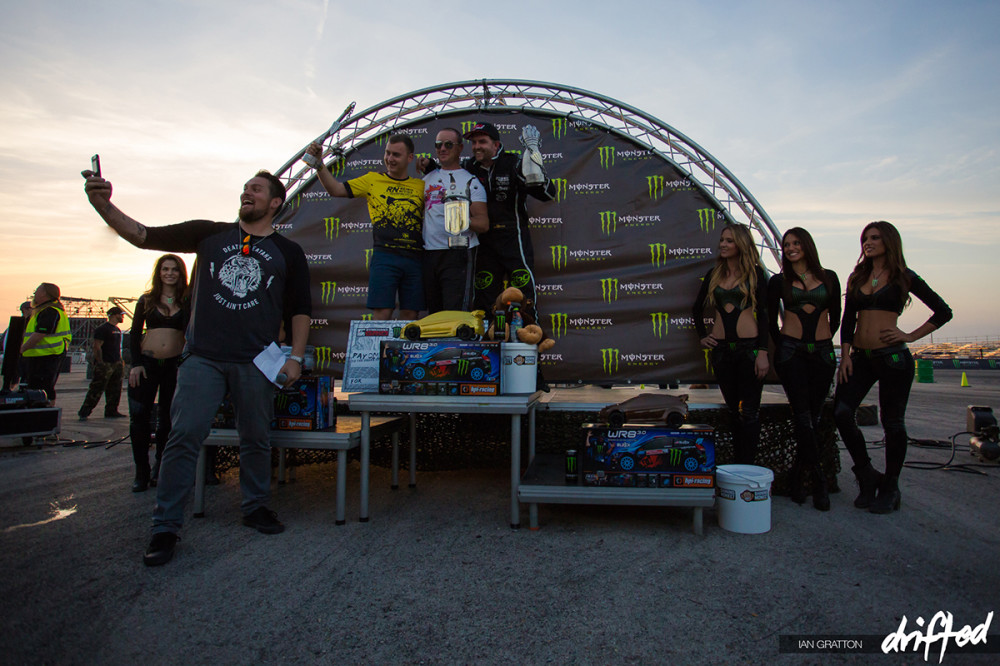 In RWD class Monster Energy athlete Luke Woodham from the UK took victory in his Nissan S14a. Unfortunately due to mechanical issues with the RTR Ford Mustang, Luke did not get an opportunity to run the GRID course against drifting super star Vaughn Gittin Jr. 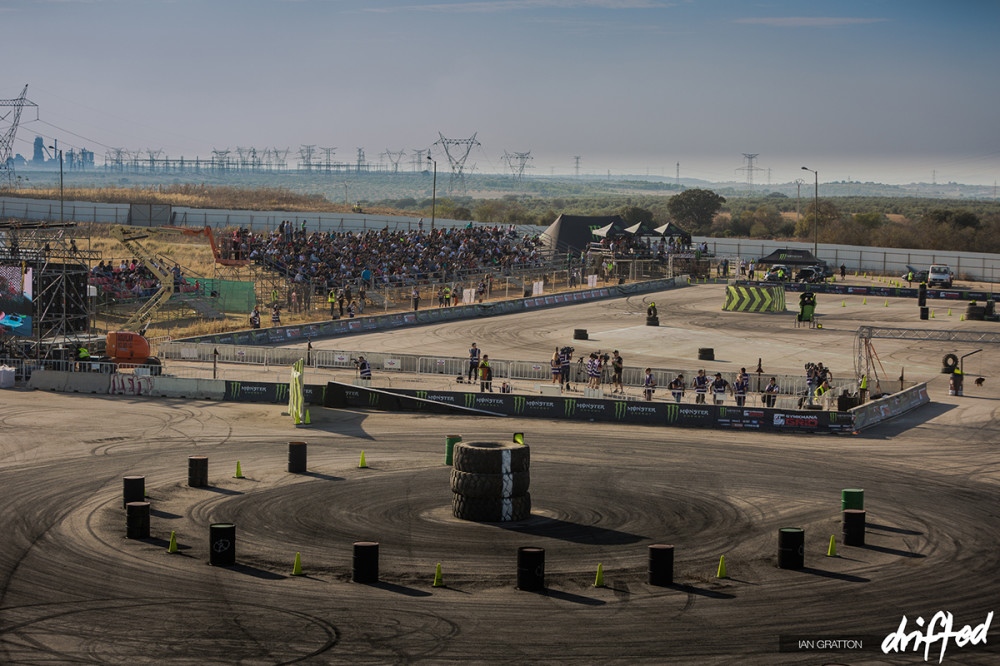 From our perspective Gymkhana GRID is something we’ve not previously featured but it has proven very interesting to see how the sport of drifting that we love so much has been blended with more traditional motor sport disciplines to form this very unique event. Keep an eye on the site and we’ll bring you some more insight into Gymkhana GRID in the coming weeks.