Toyota 4AGE Engine – All You Need To Know 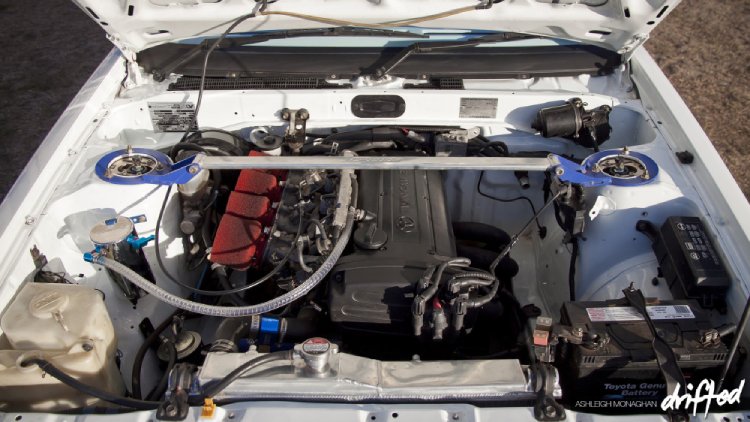 The drift scene, the JDM drifting equation as we know it, all came about as we know it thanks to a renowned driver by the name of Keiichi Tsuchiya, nicknamed “The Drift King”

He was so skilled that whenever he went on the track, it was sealed before it started – think of Lewis Hamilton’s dominance around 2020.

The talented Tsuchiya decided to relight the stands by taking his car sideways across the tarmac and around the corners with unprecedented slip angles, lighting up the tires and creating a smoke show to squeeze the heart.

The engine’s roar, the tire’s squeal, the burnt rubber’s smell, and the tension of a seemingly out-of-control car hooked the spectators like a moth to the flame.

To the crowd, it was a newfound excitement and experience.

To the drivers, it was a rub in the wound.

To Tsuchiya, it was a demonstration of prowess.

To Japan – it was the birth of a culture.

Propelling Tsuchiya to those levels was his humble Toyota AE86, conventionally known as the Corolla, which housed the engine we are all over in this article. 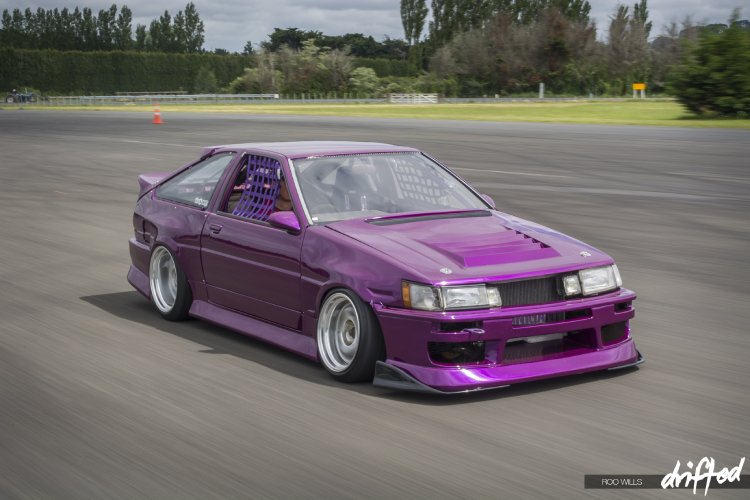 The car is a shell of its stock self, full to the brim with upgrades, yet all were in the spirit of the little gymnast of a car.

You can read more about Keiichi Tsuchiya AE86 Trueno in our in-depth guide, but if you’re more interested in the 4AGE itself, you’ll want to continue reading.

Which Cars Have the Toyota 4AGE Engine?

The 4A-GE came about with five generations starting in 1983 and coming to a close in 2000.

The car most known for this engine, the AE86, only housed the first three generations: blue, big port blacktop and redtop, and small port redtop. 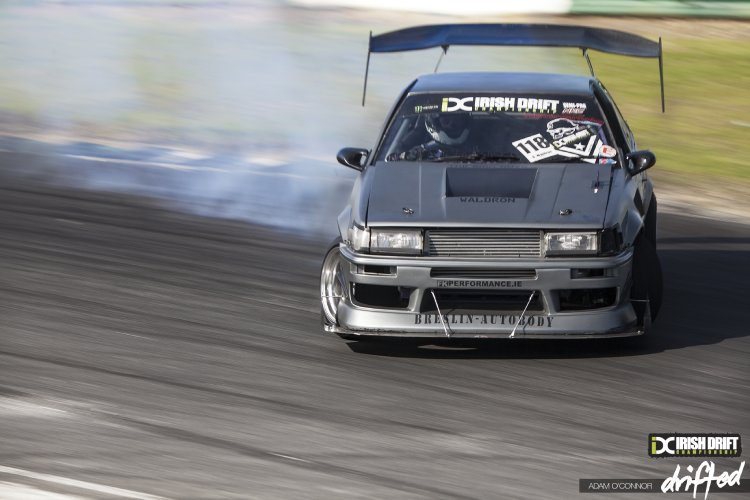 These are the cars that housed the legendary engine to look for if you want to have an engine transplant or parts.

Let’s get a quick look at the specs before discussing them in detail.

Sliding right into the valves, there is a total of 16, four for each cylinder, two for intake, and two for exhaust. This allows for finer control to optimize fuel efficiency and impressive performance. 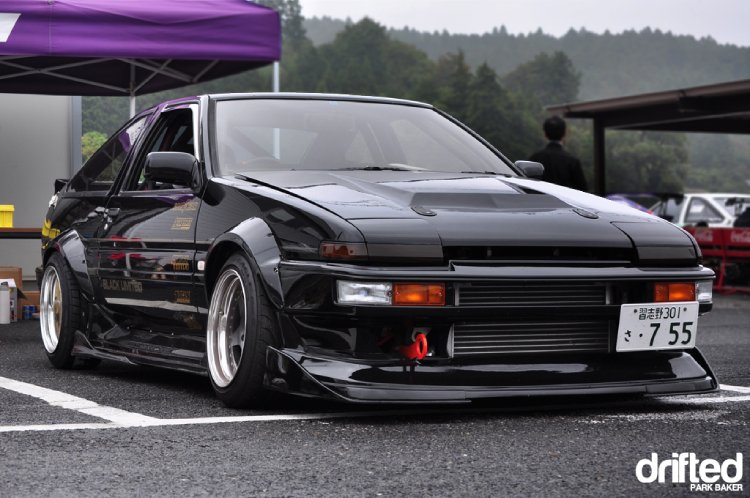 For the 4th and 5th generations, the car boasted 20 valves – 5 per cylinder.

While all the hype and love around it in the JDM drifting community is warranted, one has to remember that the car was originally designed for your average run-of-the-mill grocery-getter. After all, it’s a Corolla.

The 1.6-liter engine, which is half your daily intake of water, combusts to a power of 115 horsepower in the first generation to 128 ponies in the third generation, and it peaks that power at 6000 RPM.

Those power units are derived from their leveraging brethren, 148-newton-meters or 109-pound-feet of responsive torque. It is responsive due to its naturally aspirated nature and the quad valve design.

Each valve has its valve spring, meaning it is faster to respond and is lighter on its own two feet than a big single massive valve for the intake or exhaust. This design also enables more effective use of the cylinder head space, and more air volume is moved into the engine. 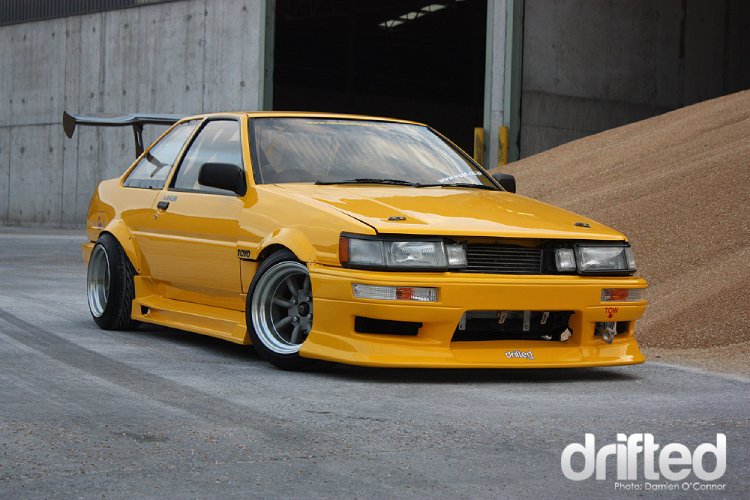 This near one-to-one bore-to-stroke ratio gave the RWD 4A-GE a chance to rev itself to the happiness of 7600 RPMs, with room to spare if aided with upgrades and the already forged crankshaft built-in.

While materials and construction surely and definitely play a role, the idea that the piston must travel less means that it has to cover less distance in a single revolution, meaning it has to dissipate and work will less energy, forces, and stresses, which allows for higher and higher rev ranges.

Now, we mentioned the aid of upgrades above, and here is where we crash tail first into that garage.

When the engine was first born, it was not even considered for anything other than a light and fun engine that didn’t break every couple of throttle pumps.

Back then, with that level of engineering, the engine seemed to have already been pushed to its absolute limit. 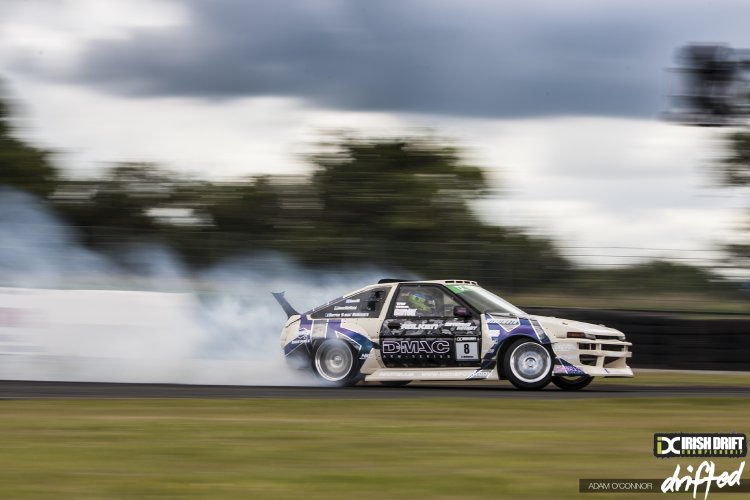 A tiny 1.6 liter, all one could think of to make that little funky thing to make more power was a turbo. But that lagged, especially back then, and usual upgrades barely netted anything, hardly reaching the 150 horses at best at the crank.

Yet, race-trim engines emerged, smashing the 200 at the wheels. A complete double at the wheels is nothing to scoff at, especially when it’s all engine.

So how did these engines achieve their powers?

The main takeaway from such an endeavor is purely an equation of how much air the engine can effectively take in and how much combustion energy is directed at moving the pistons rather than being wasted heat.

Culminate that with increasing the higher compression ratio, the ratio of the volume at the bottom of the stroke to that at the top of the stroke is also referred to as top dead and bottom dead centers. The engine is originally at 10:1 and was bumped up to 12.3:1.

Of course, to complete the seal, the oil and piston rings have to be brought up to par.

Breathing has to be optimized with independent throttle bodies, as well as bigger valves and valve seating.

Of course, with all that new power output, the radiators and cooling systems have to be given some proper upbringing. 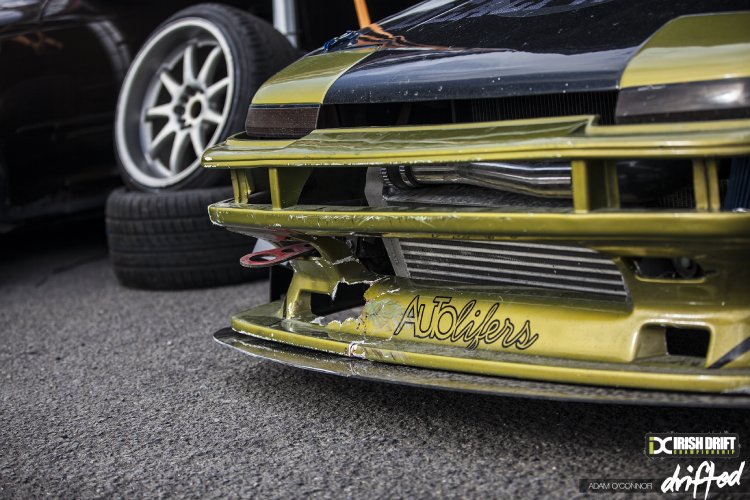 The naturally aspirated engine’s potential has been found at 280 horsepower at 12,000 RPMs, but adding forced induction raises the bar significantly, combining that high rev capability with rather considerable amounts of boost would be the formula for huge amounts of power.

Israel Chino’s high revving, boosted 4A-GE build is a testament to that like no other! A 900hp car on a 900kg chassis that is a 1:1 power-to-weight ratio, on par or even above that of the most elite supercars.

Check out Israel’s insane build in this video:

If you are interested in the process of building such an engine, this two-part mini-series will give you a good idea and insight on what such an impressive build entails:

The 4A-GE is such a great and renowned engine that is a common engine swap for people with other small cars that do not have it have been looking towards swapping their engines for it.

It is such a strong and reliable engine for its weight class that it truly turned heads, especially with the potential it houses.

While most of the 4A-GE’s are used in the same chassis they were assigned to, or even using a newer generation like upgrading from a 16 valve to a 20 valve, some other cars were fitted with 4A-GE

Have you ever heard of a 4A-GE Toyota Hilux? Probably not, but now you have; check this out:

Trust me, small engines have their place in small cars. Sure, 600 and 1000-horsepower engines are a brag, I’ll admit. But there is something special about small and nimble, like a bee.

How about a Ford Escort MK2,fitted with a 4A-GE? Could Ford’s lightweight rally legend give the AE86 a run for its money?

And for racecar applications? Light and nimble is what defines rally and rallycross, and a lot of affordable tracktoys.

Producing a whopping 260 horses to his 760kg chassis. If you were to scale that up to GTR’s weight of 1700, which is 2.24 times the weight. That would make 582 horsepower for that weight.

So this little 11,000 rpm Starlet is in the same power-to-weight ratio class of the GTR. The only difference is it’s a hell of a lot lighter and being high RPM NA, it possesses unparalleled response levels.

Why is the power-to-weight ratio so important? It is related to newton’s second law: F=M*a, and its angular companion: t=I*????.

The acceleration of a said object is F/M, force to mass ratio, in other words, power (derived from the force of torque at a given RPM) to weight. This would give a consistent metric of the car’s performance in a straight line.

As mentioned above, the engine is in a car that is meant to be a daily driver, so as a result, it is designed for the best reliability.

Now, the engine is an old one for sure, so it will not be free of issues, but that said, it can easily be a daily driver that you can count on and deal with on a daily basis.

If you decide to go for a completely JDM spec of the engine, the only hassle you might find is sourcing parts from Japan, as those are going to be difficult to obtain and deal with.

Otherwise, this is a Japanese car, a daily driver one, so all your issues would not be engine block related unless you opt to go crazy with the upgrades.

Filters, coolers, and maybe simple leaks are likely all you will encounter.

To be fair to our readers, please note the existence of spoilers for Initial D starting stage 2 final stage.

Let’s get to the meat and potatoes on this one. You might have heard of this engine simply by watching or reading Initial D Anime/manga.

The AE86 of Takumi was a first-generation model, both in chassis and engine (a bluetop), and amid the events of the Anime’s timeline, the engine was already at the end of its lifespan, already abused by Takumi’s father beforehand. It was also updated with some soft upgrades by TRD: high tension wires and a close ratio gearbox.

The engine suffered terminal damage during one of the races against an Evo III GSR. and was then replaced by a racing spec 4A-GE from a group A AE101 purpose-built by TRD.

Being a purpose-built racing engine, it surely passed over many road legalizing rules that would qualify the engine for road use, and that Takumi’s father’s friend, Yuichi, alluded to several times. That build of the 4A-GE made 240 horsepower and ran up to 12,000 RPM.

Although later in the series, the engine was tuned to make its most useful power at around 9,000 RPM to decrease stresses and preserve the engine. the extra 3,000 RPMs were left as a last-resort effort to make or break a battle.

Are your eyes on a 4A-GE? Swapping it into your MR2? Sourcing parts, replacing another engine? or are you just reading around for fun? 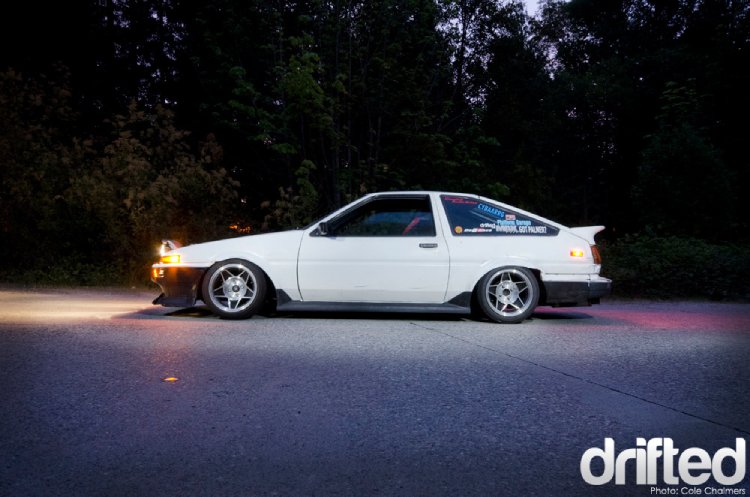 Did you stumble on this engine by chance, or did you own a car that housed it, whether originally or swapped?

Or, did you encounter the engine in a show like Initial D, and it gripped your curiosity?

Either way, we hope that this article has been helpful and allowed you to decide on the generation of your choosing or just satisfy your thirst for JDM knowledge.

Written by Mohammad Jebrini A passionate writer with a fascination for cars and engines. With his background in mechatronics engineering, he aspires to progress to developing cars.