GRASSROOTS: Drift-Ops with some CoolKids 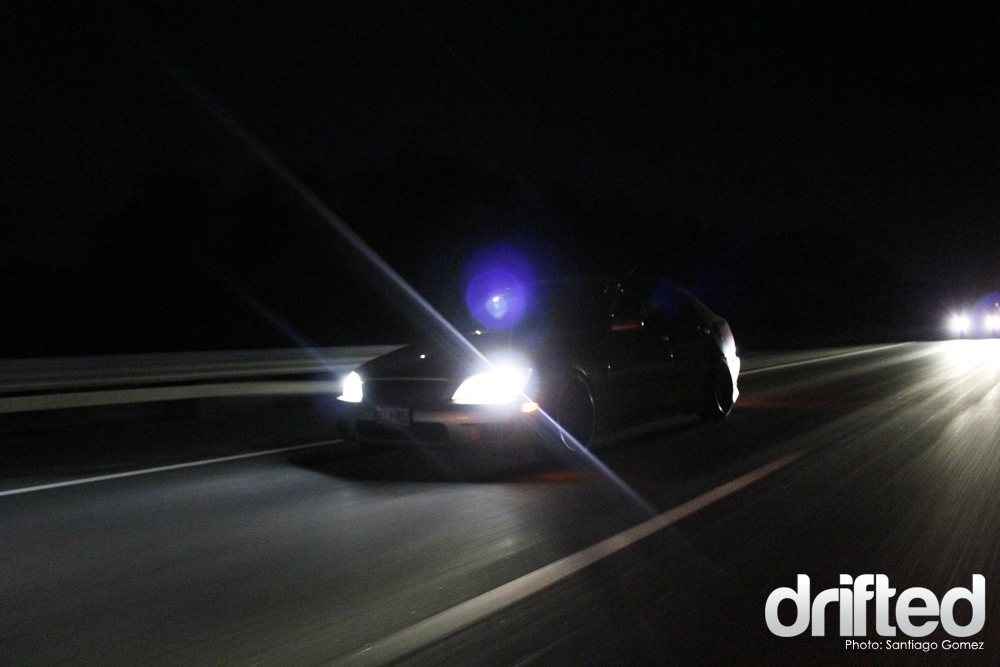 Drift day on September 10th! Dope! This event was hosted by Wayne Lee from Drift-Ops and the Coolkids club. A bunch of good dudes that make it possible for us Southern Ontario peeps to get out there and freshen up on our driving skills, and have a good time! 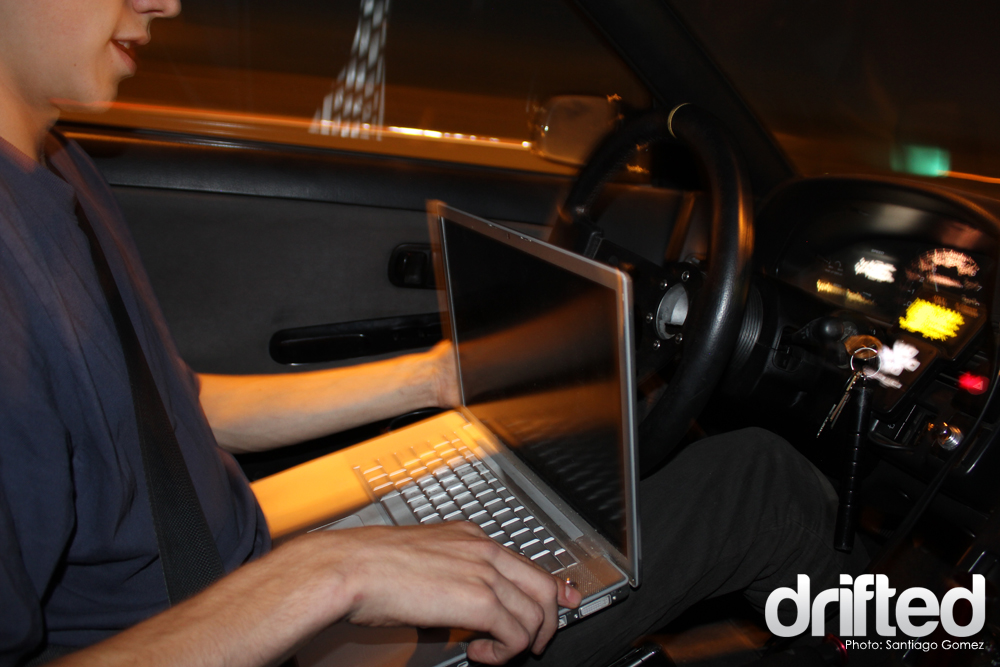 The night before I grabbed my gear and headed out to Shannonville, Ontario with Liam in his S13 along with a convoy of cars that were all packed up and ready to hit the track the morning after. The two hour drive up isn’t the most entertaining so we decided it was time to bust out the Macbook and find proper tunes to stay awake. Radio sucks! 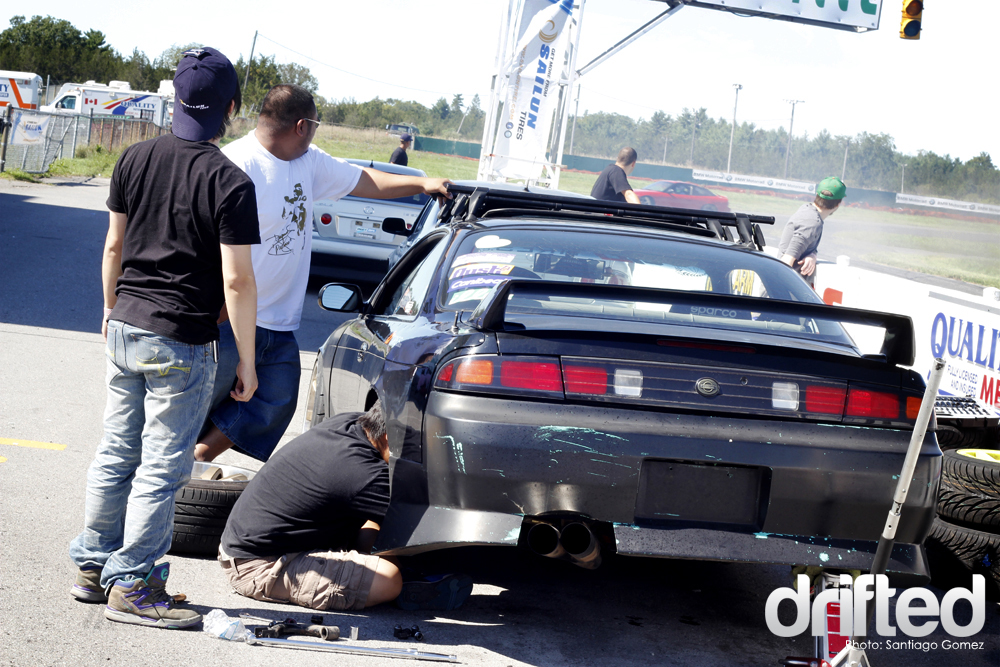 The morning after, no one has had enough sleep, there isn’t much to eat since the resto opens later on in the day, but who cares… people start prepping up to hit the track, the rest of the drivers show up in the morning also. They’re not cool enough to camp out the night before. 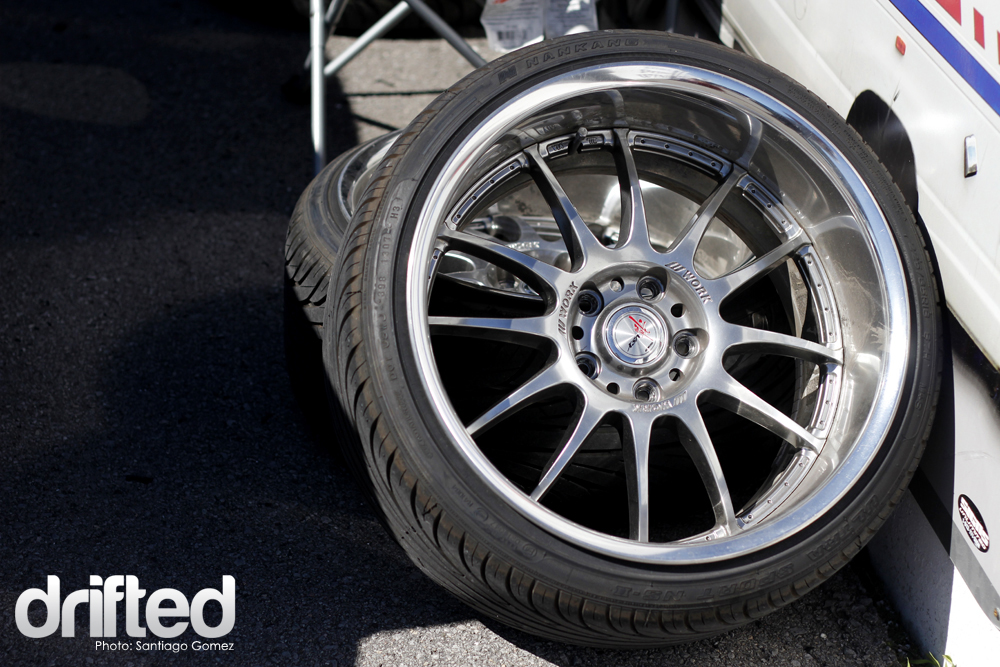 Street setup off, track spares GO! In Jons case, he has a few bright coloured battles to throw on the car. 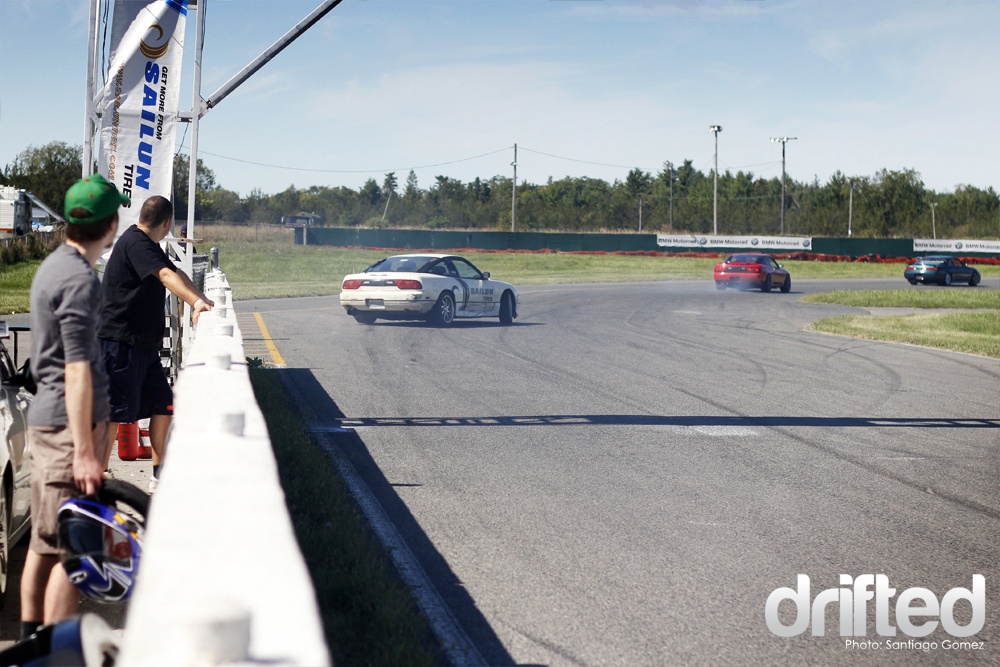 Once everyone is ready to go, they have a brief drivers meeting, letting the new comers know that the yellow flag means “tap the wall”, and black stands for “You screwed up!” Got it? Good, now go out there and have fun! 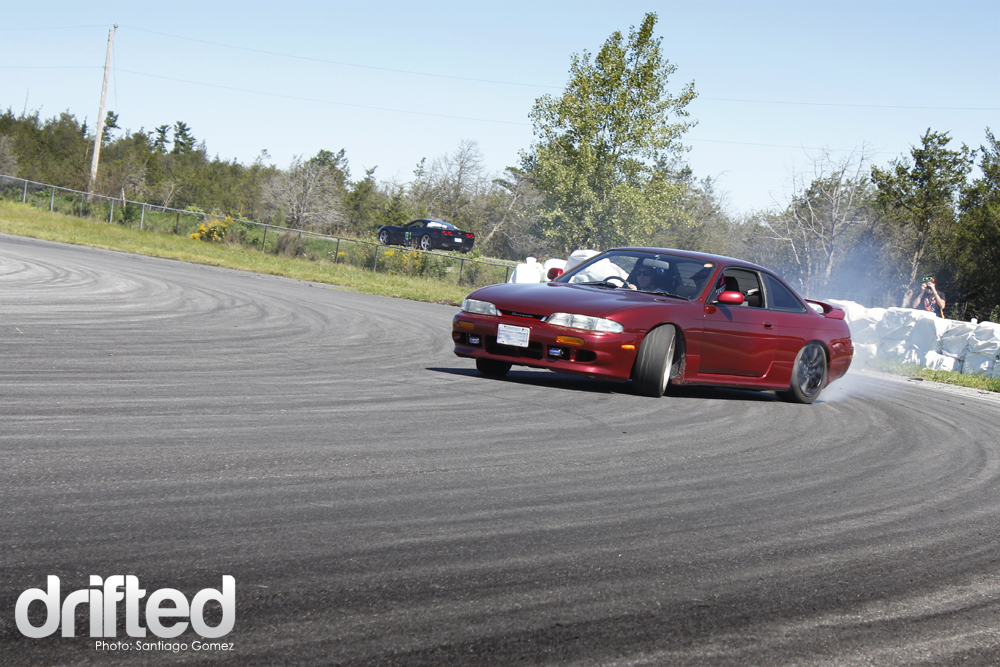 It’s always fun seeing new cars out on the track. This dude only had a couple track days under his belt and he was looking good out there. Silvia was minty clean too. 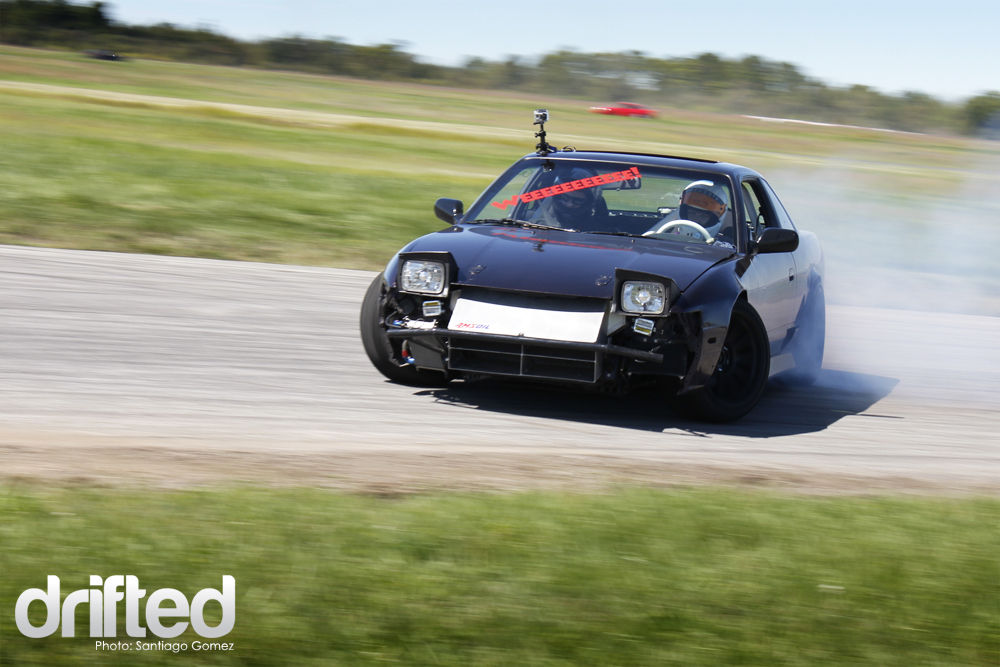 This was probably one of my favorite cars out on the track. The owner’s a beast at welding as you can see from the custom work to the front. Everything about this car was proper. 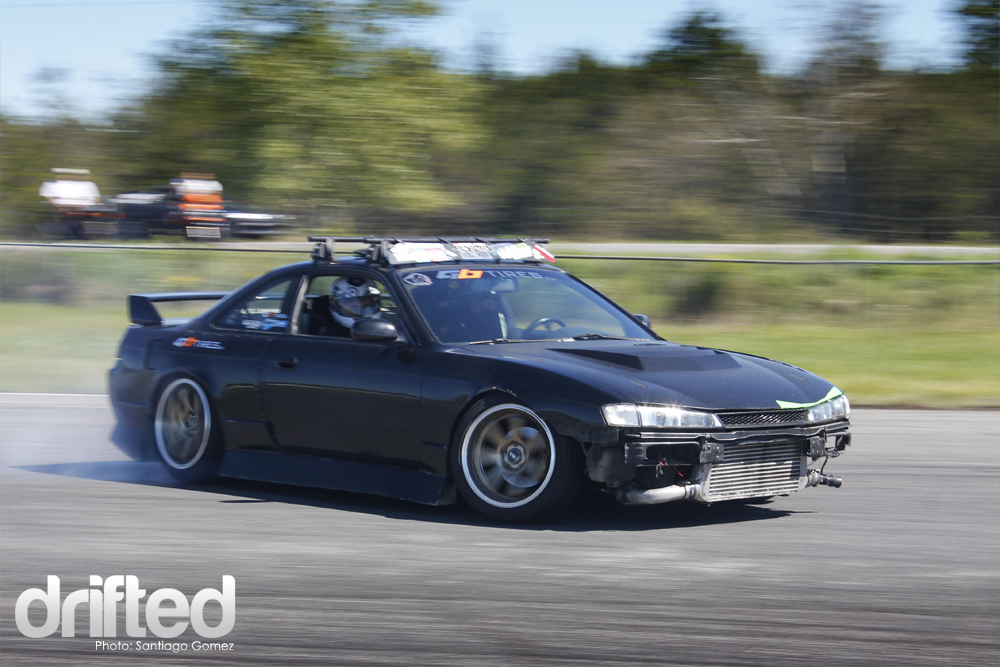 Jon Lee out whipping his S14 around. This car used to be one of the prettiest S14s around. He decided to get a Q45 and beat the hell out of this car which I support as well. Looking mean! 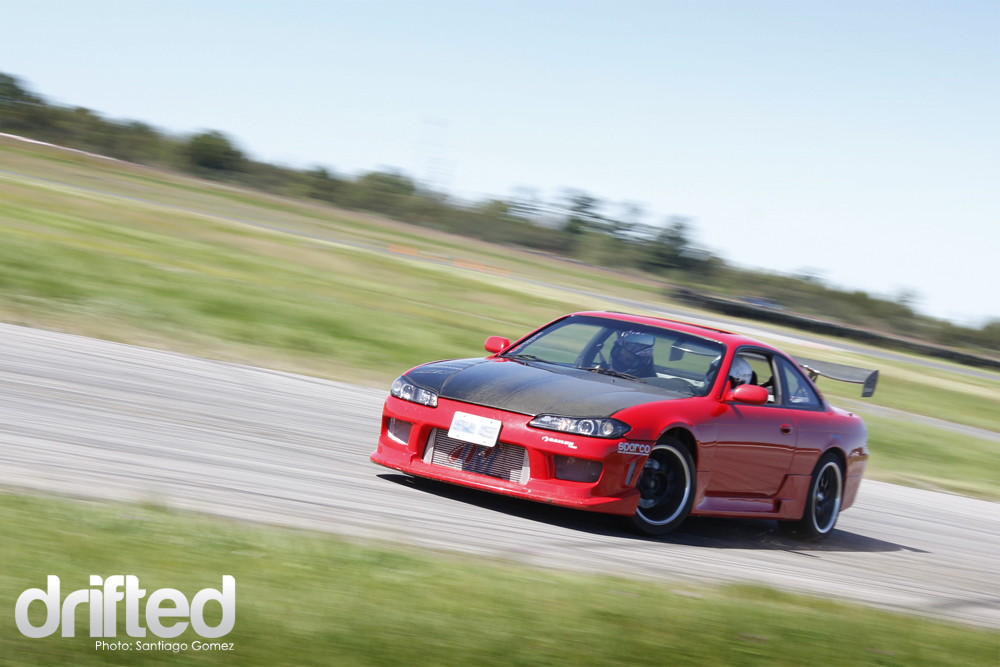 Justin Forsyth behind the wheel of his S14.5. One of the advanced drivers out on the track that day. That car boogied too! 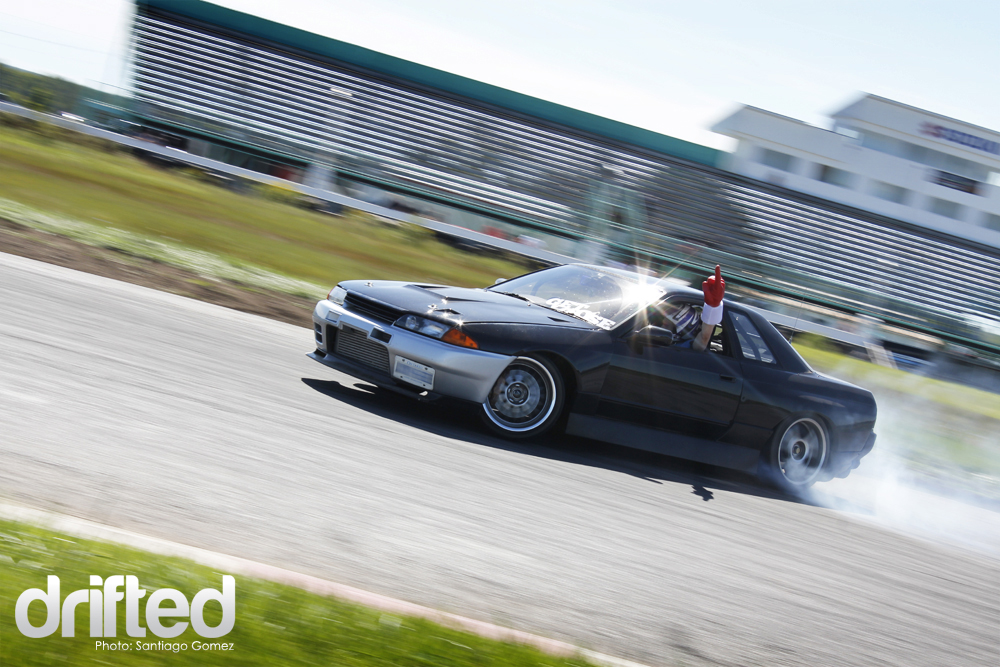 Mike Belontay in his R32 smoking it up on the last section of the Nelson circuit. Probably everyones favorite part of the track. 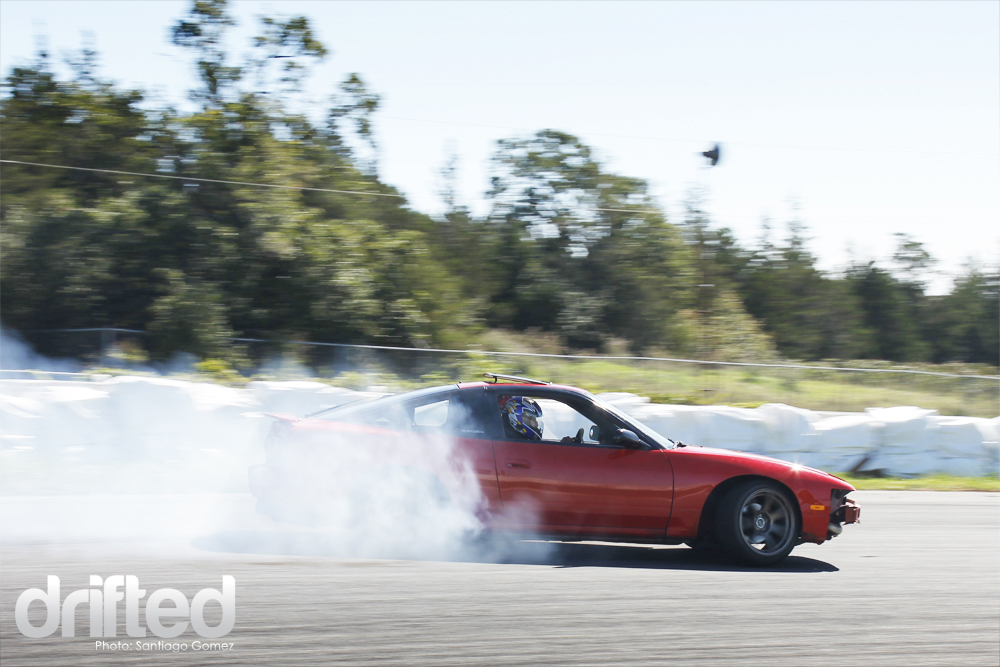 Harmit throwing up some smoke. He’s also progressed a lot since I first met him. Dude was killing it all day! 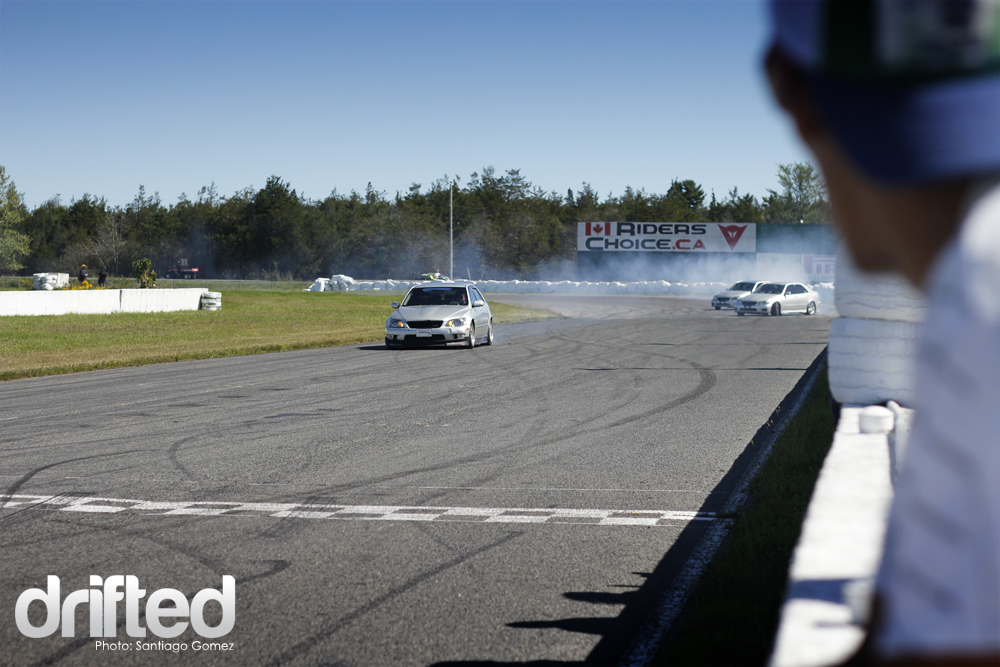 IS300’s are becoming really popular out here. Here’s Wayne Lee from Drift-Ops leading the pack after some tandem action with Cal Fong and Mitchell Gaignard driving a boosted 2JZ IS300. 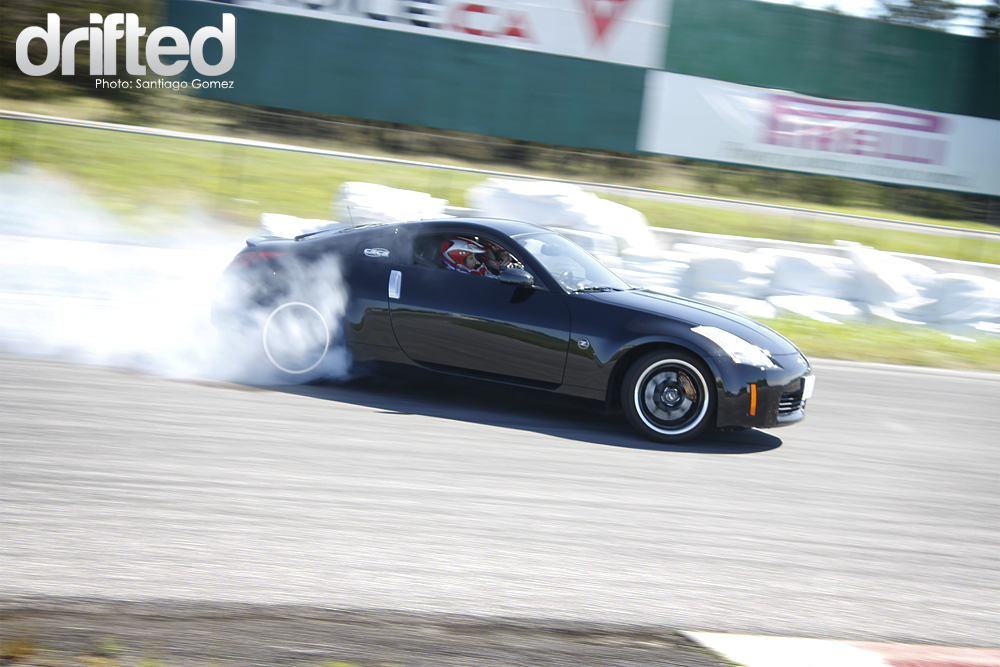 Clean Z33 getting close to the tire wall on the last corner. 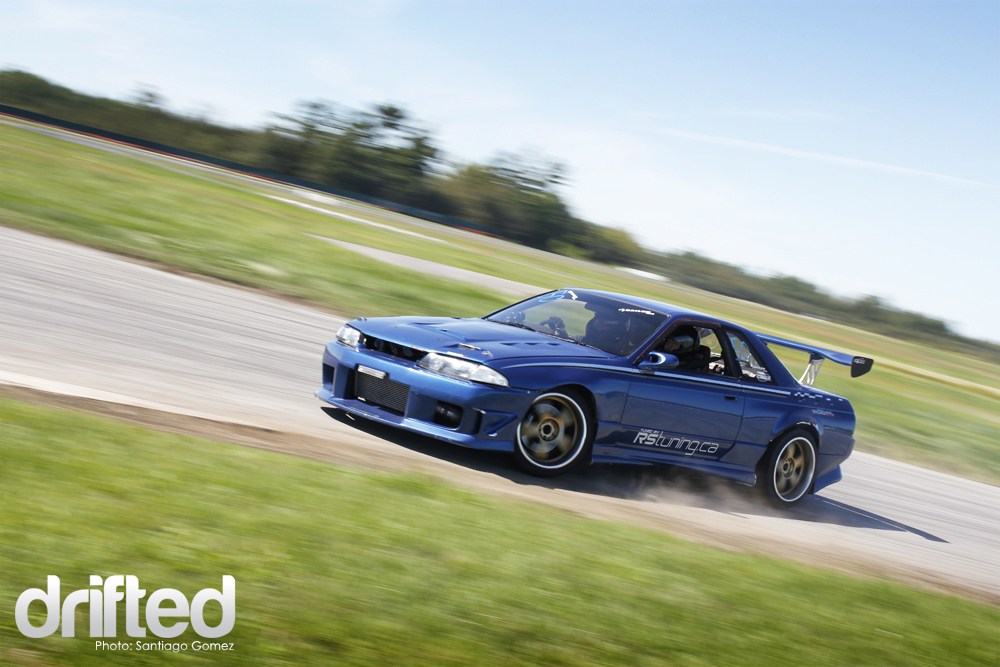 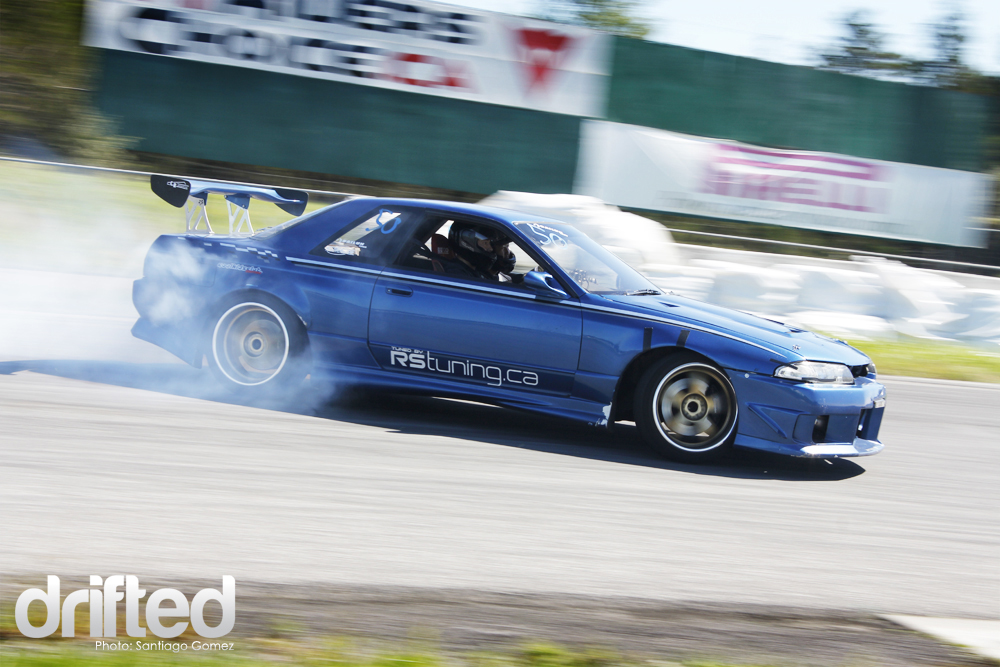 John Fiddy, also no stranger to track days. He was out there reppin the CoolKids Drift club. Having fun! 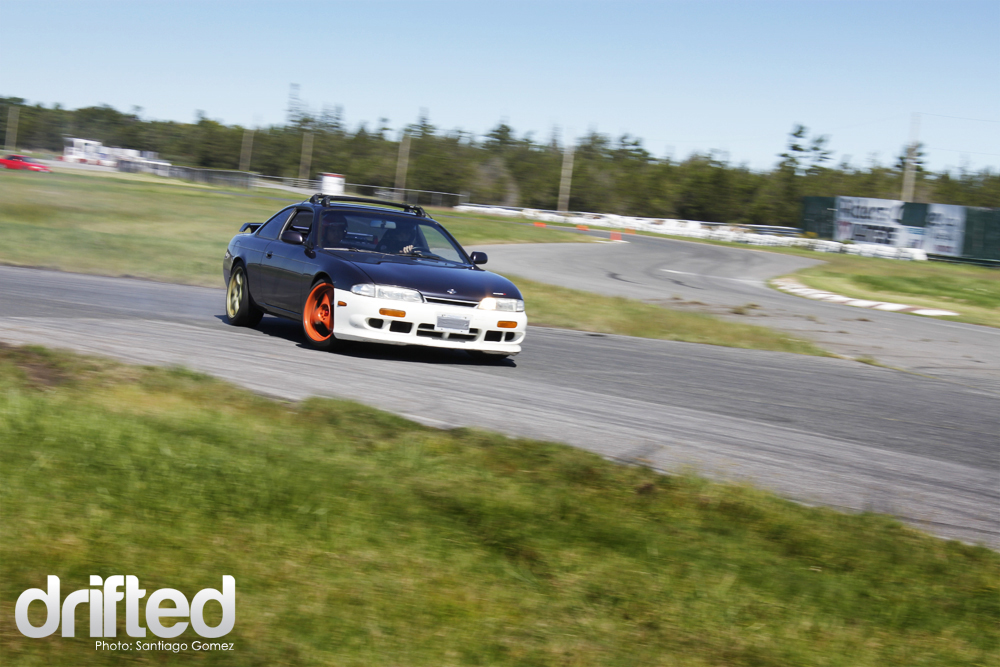 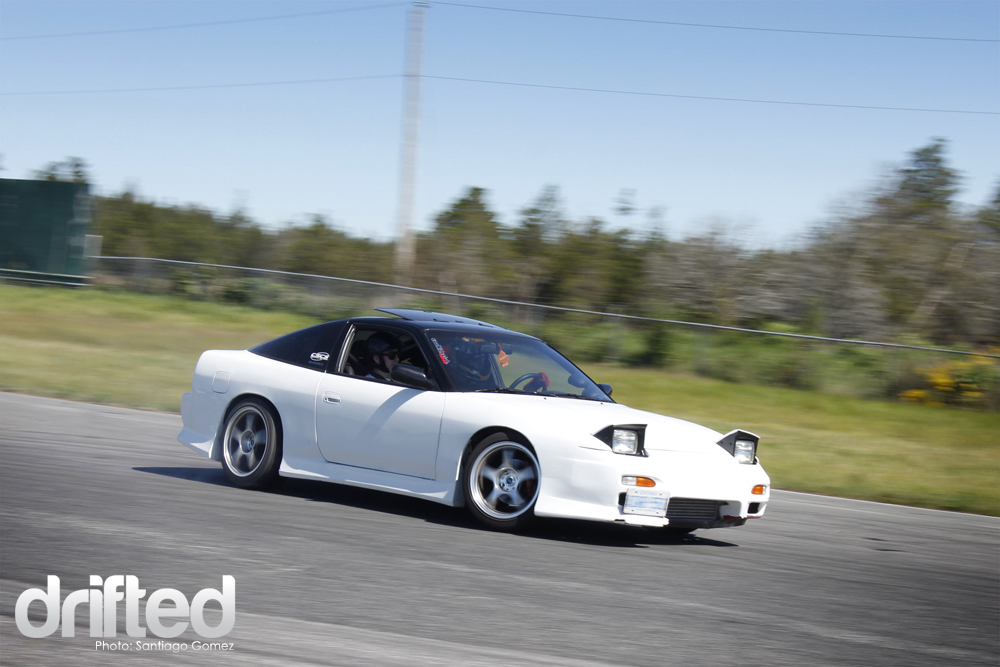 Another really clean S13. He had to make sure he stayed on the track… Moulded body kit might not be too good of an idea! 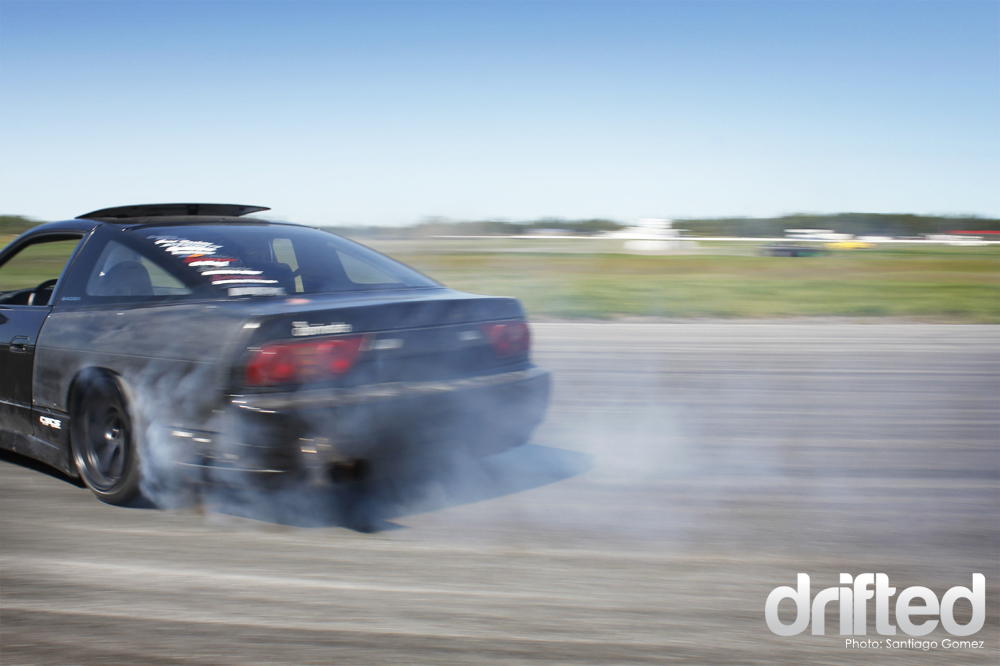 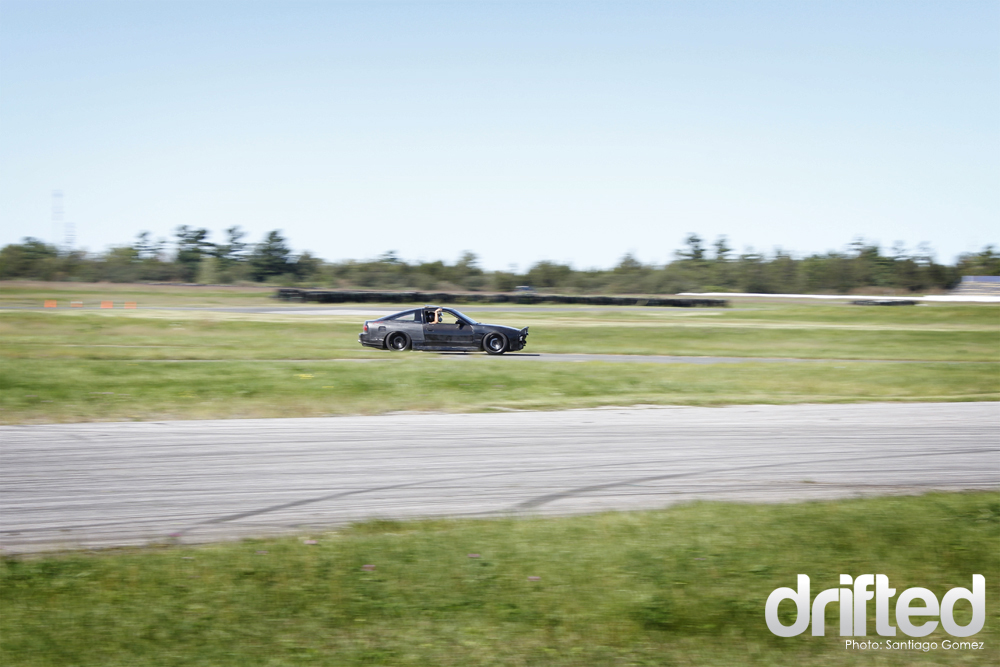 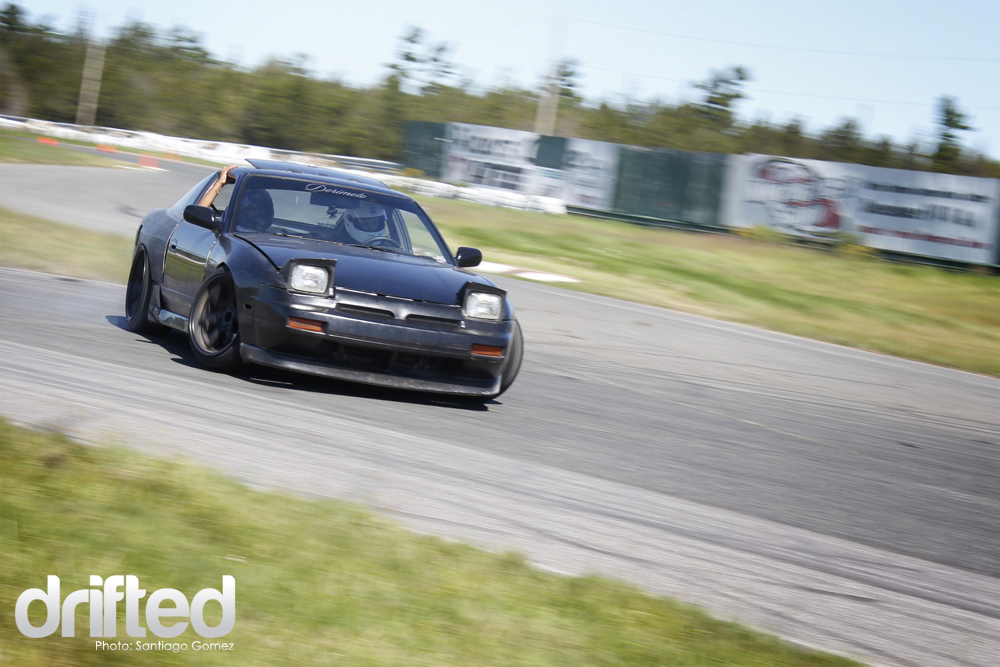 Liam coming in hot before initiation. This chassis is now headed to the junkyard. He decided he had enough of his rusty S13 and picked up a mint Cefiro. You can follow his build at Dorimoto. 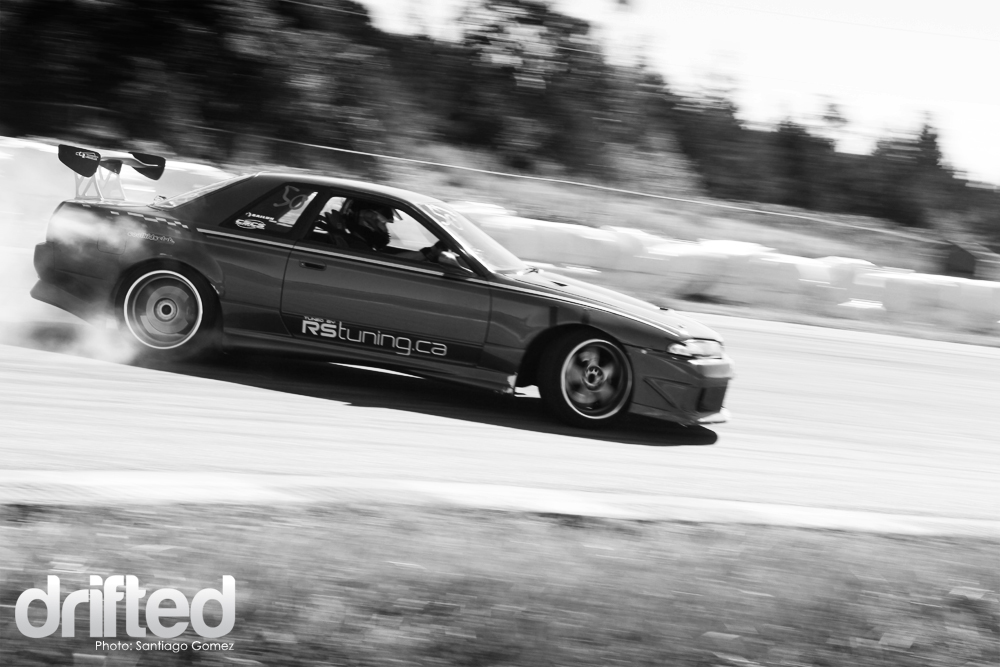 At the end of the day, everyone was happy to have another track day under their belt, aside from a few mishaps everything went smoothly. Most important of all though, we all had a blast! Thanks again to Wayne from Drift-Ops and the CoolKids club for making it happen once again. Hopefully we have another event before the white stuff starts falling!