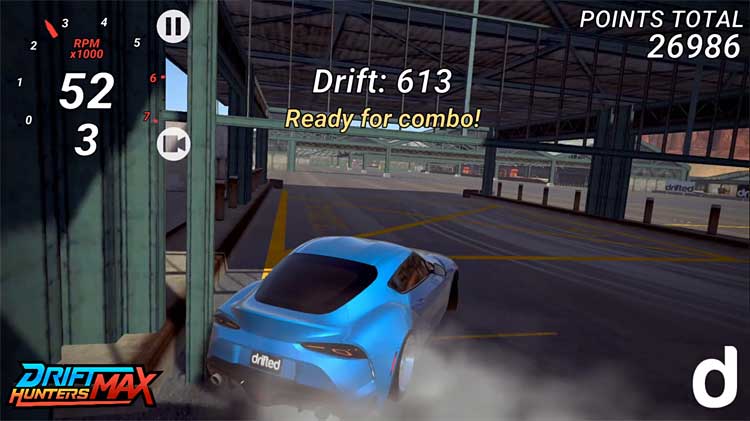 Drift Hunters MAX is now live and available to play exclusively at Drifted.com.

We’ve always taken pride in providing our fans with the best possible content here at Drifted.

So, we set to work when our ever-growing gaming community began asking for an improved version of the hugely-successful Drift Hunters Classic - which has proven itself the most popular Drifted game to date.

We reached out to the game developer, Ilya Kaminetsky, and he was thrilled at the prospect of joining forces with Drifted to create the ultimate Drift Hunters game.

Before we knew it, the latest game in the series, Drift Hunters MAX, was born.

At this point, we asked you, the Drift Hunters fans, which features you wanted to see included in the new game.

With the hugely valuable opinions from you all, we’re delighted to announce that your valuable responses have paid off, and we’re ready to provide an incredible selection of exclusive updates that you, the fans, have requested for the brand new game – Drift Hunters MAX.

Drift Hunters MAX is only available to enjoy at Drifted.com, so we highly recommend Bookmarking the game in your browser, or adding it to your Drifted App to unlock all that the game has to offer.

When we asked Drift Hunters Classic enthusiasts which features they feel are missing from the game they’d love to see implemented, these were the most frequent requests:

One of the main frustrations for Drift Hunters Classic fans was the lack of ability to save their progress in the game, and we’re delighted to announce that this is finally possible with Drift Hunters MAX.

Integrated within Drifted’s new account functionality, you’ll no need to worry about losing your progress, and you’re now able to log in and resume playing at home, school, or work.

There was no question that Drift Hunters Classic looked fantastic for a browser game, but Drift Hunters MAX takes things to the next level with stunning new graphics.

The excellent physics of Drift Hunters Classic made the game stand out above the rest, and we have no doubt you’ll love the minor tweaks added to Drift Hunters MAX, providing the most realistic browser drifting experience to date.

You’ve probably already guessed that’s not all we have to offer in Drift Hunters MAX.

Check out this sneak preview of the latest updates in action:

And the official trailer, here:

Now that we’ve got your attention, let’s check out what else Drift Hunters MAX has in store.

Let’s face it – there’s nothing more exciting than finding out which cars you’re going to have the opportunity to throw down sideways on the exciting selection of brand-new tracks, which we’ll reveal shortly.

We know that you guys have loved the cars that featured in the classic game, which is why we’ve kept the original cars alongside these new, exclusive rides, which you can find in Drift Hunters MAX.

With these additions, we’re sure you’ll agree that the car list for the brand-new game looks pretty insane – they’ve been chosen by you guys in our recent poll, after all!

You asked - we delivered! After providing our fans the opportunity to vote for cars they want to see featured in the game, it came as no real surprise that the GR Supra was one of the most sought-after.

Having provided Fredric Aasbø with his 2021 Formula Drift title, there’s no question about the capabilities of this incredible platform, even if you’re not a fan of the controversial OEM powerplant!

Remember when Daigo Saito built a drifting Lambo? The first Lambo to feature in the Drift Hunters games provides your opportunity to recreate the epic scenes of the viral video.

The humble Miata has proven one of the most popular chassis’ for tuners over the years, and many of you requested to have the latest variant, the ND, featured in Drift Hunters MAX - we were more than happy to oblige!

Given that you can already enjoy the Hellcat and the Mustang, many of you felt there was one popular American muscle car missing, so we’re delighted to introduce the Dodge Charger.

Although the Evo VIII features in the original game, many of you who decided that the final Mitsubishi Evo to roll off the production lines also deserves to be featured - this one is for you.

Japanese supercars certainly aren’t something you see every day, which is why the LFA is more than deserving of its place in your garage. We’ve got a lotta love for the LFA here at Drifted, and we’re delighted to see you guys agree.

The Dodge Viper has proven its worth over the years, with Deane Kearney pushing it to its limits in the Formula Drift series. However, we’re yet to see the 2014 SRT Viper GTS getting thrown sideways - until now!

One of the most incredible supercars ever made, the insane Countach needs no help standing out from the crowd. It’s not every day you get the opportunity to throw a Countach sideways!

Once again voted for by Drifted fans, this rare addition to our exclusive car list is another supercar classic - the mind-blowing Ferrari F40. We weren’t kidding when we said that the Drift Hunters Classic Porsche 993 has some competition this time around!

We’ve saved the best until last, and we’re delighted to finally announce the first-ever competition car to the Drift Hunters MAX lineup.

Although the stock stats might not look too impressive, this will soon transform to a 605 hp, 1,088 kg tire slayer once you’ve unleashed its tuning potential.

For the JDM fans out there, this awesome PS13 will undoubtedly become the holy grail of your garage collection.

Almost all of the tracks featured in Drift Hunters MAX are brand new, and those that featured in the OG game have had a designed overhaul, making them look even more impressive than ever before.

Combined with the newly-improved physics, we have no doubt these are going to provide DH fans countless hours of tire-shredding entertainment. 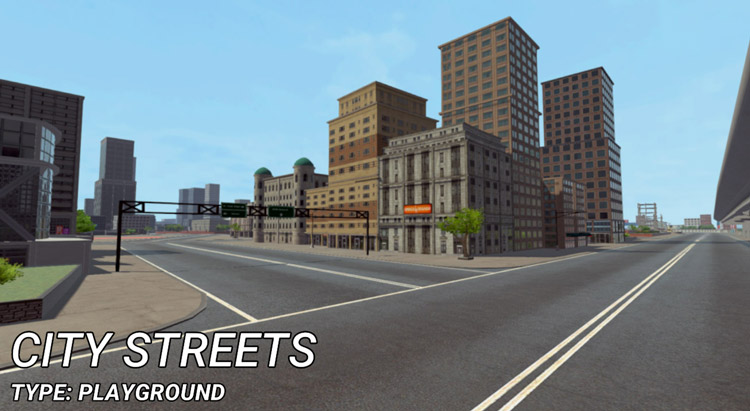 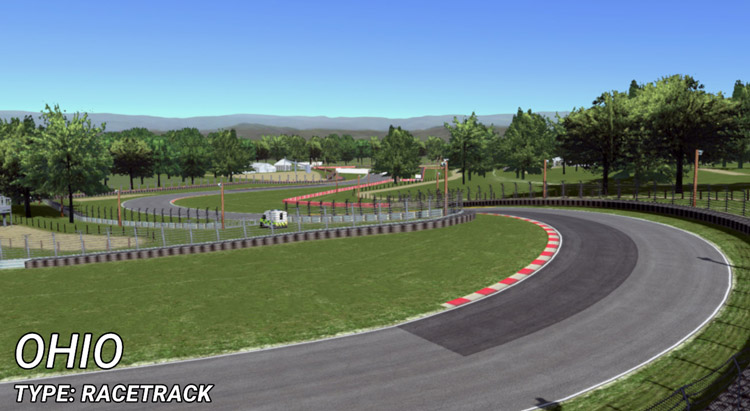 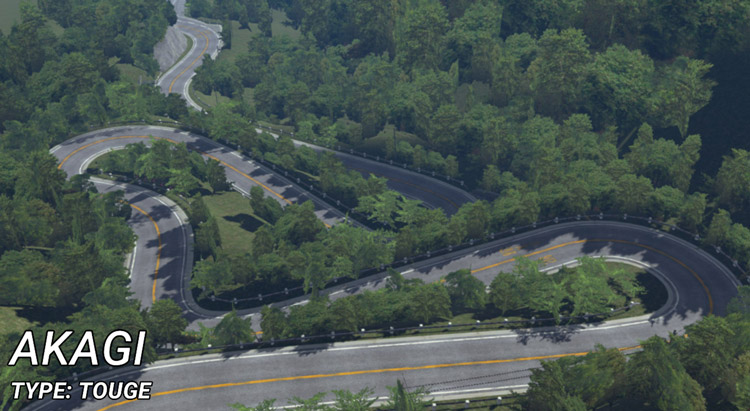 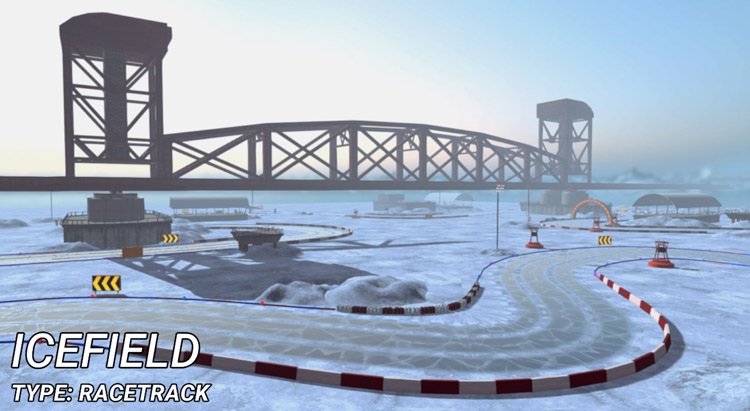 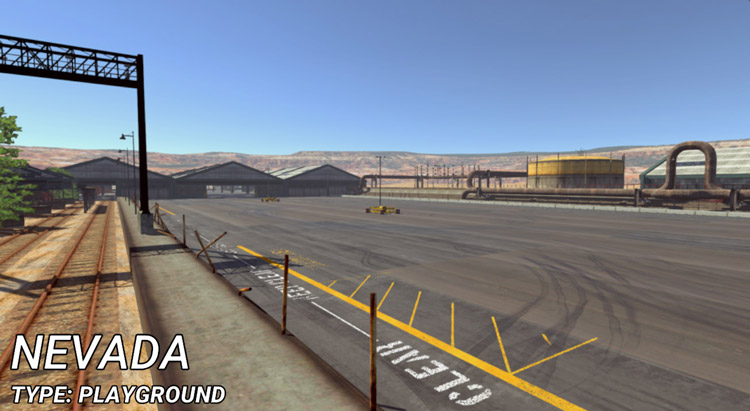 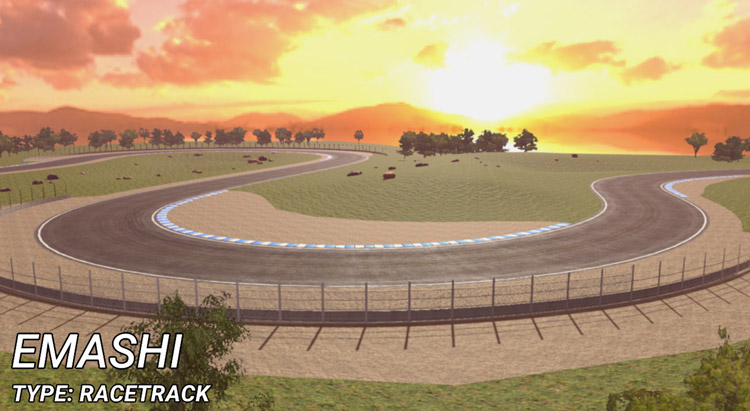 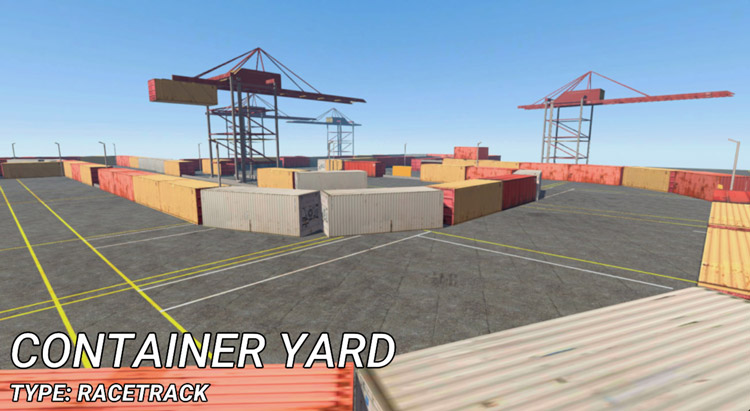 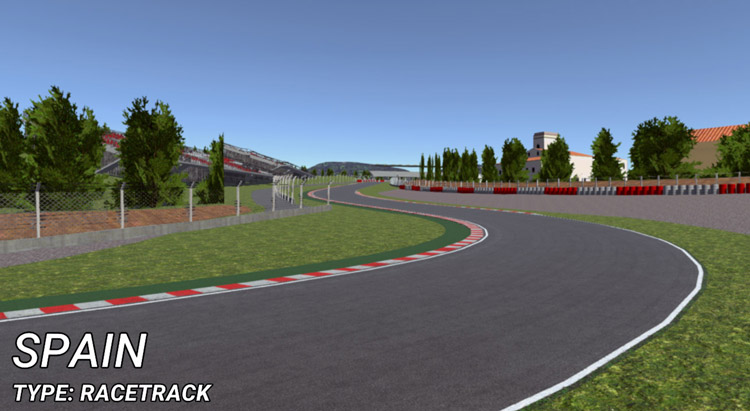 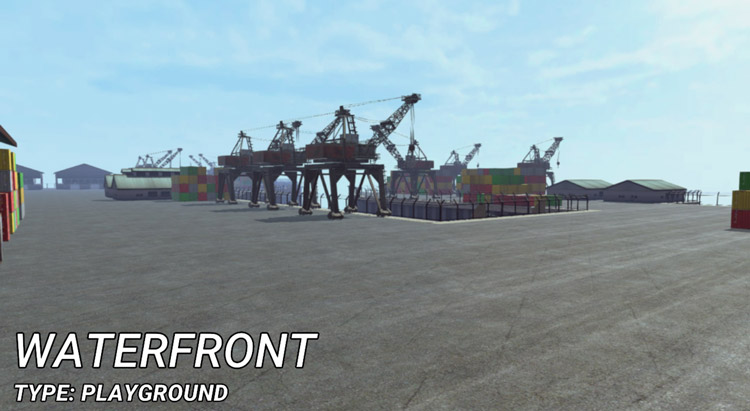 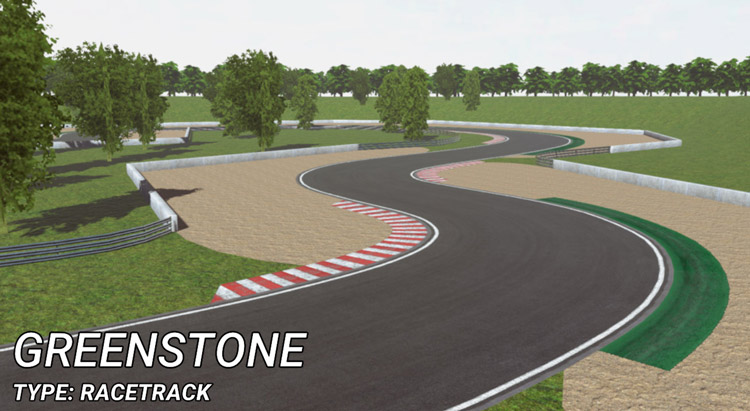 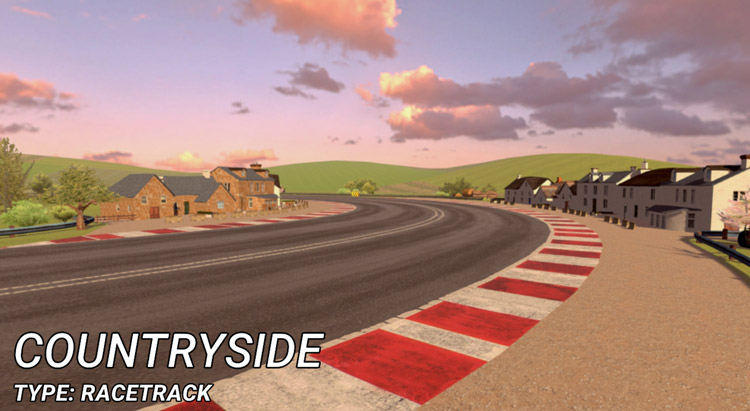 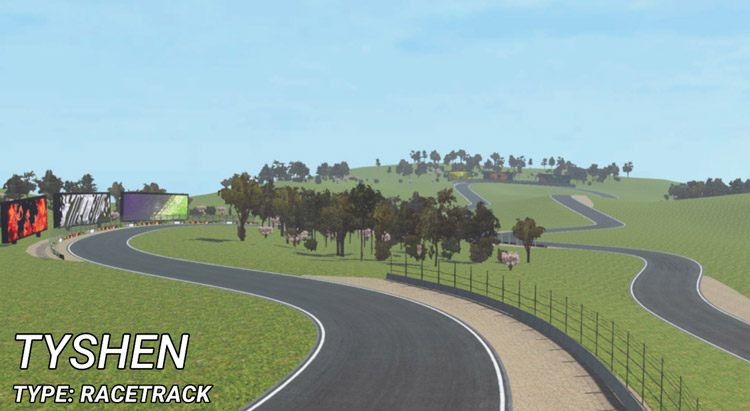 That’s not all – on top of the extensive exclusive car list we mentioned previously, we’ve kept your favorite cars from the Classic game that you’ll have the opportunity to enjoy in next-gen detail alongside the brand-new tracks and exclusive features that Drift Hunters MAX provides.

Let’s take a look at the additional cars that feature in the showroom:

We couldn’t possibly leave out the humble Hachi-Roku that became the best-known car in the original game.

Also known as the 240Z, the Fairlady Z has proven to be one of the most popular chassis’ in drifting, with its modern siblings the Nissan 350Z and Nissan 370Z continuing the popularity in the present day.

The Nissan S13, also known as the Nissan 240SX in the US, and Nissan 180SX in Japan and Europe, is often regarded as one of the most refined drift chassis’ ever made.

The BMW E30 is the OG 3-Series that paved the way for German giants, BMW, to begin causing upsets in the drift scene. Based on the wide-arched M3, it’s easy to see why it’s such a popular choice among Euro drift fans.

It’s not every day you get the chance to drift the hatchback Subaru Impreza, making it an excellent addition for Subaru and hatchback fans.

Another rally legend, the Mitsubishi Evo VIII, returns with its aggressive styling. Although the Evo is typically AWD, Drift Hunters MAX provides a unique opportunity to shred this rare RWD-converted Evo on the track or the streets.

The BMW E36 is the car that many of us started in, and it’s continued to prove its worth as one of the best drift cars for beginners. Alternatively, you could always upgrade it to be a pro drift weapon!

We’ll stick with calling it the Toyobaru! The GT86 has become an unstoppable modern-day classic in the drift scene, and unsurprisingly one of the most popular choices in the game.

As one of the best-handling cars of recent years, alongside a 9,000 rpm redline in stock form, the Honda S2000 is always a tempting proposition.

The third BMW M3 in the Drift Hunters MAX car list is the E46. Often regarded as the last “true” M3, this is a fantastic choice for those eager to get their modern-day Euro drifting fix.

One of the most stunning cars ever created – the RX7 FD. With stylish looks and the infamous rotary engine under the hood, the FD is arguably up there with the finest JDM legends.

The Infiniti G35 has become a popular budget option in the drifting scene, and the “gentleman’s choice” drifter certainly makes for a fantastic drift weapon with the correct tuning.

You may have expected to see a Scion here, but nope - it’s the humble Fiesta! Previously Ken Block’s weapon of choice, it’s an excellent choice for re-enacting the Gymkhana series on the streets.

Drifted fans certainly won’t be surprised to see the Nissan 370Z on the list! Having proven itself as one of the most popular drift cars today, the latest addition to the Fairlady family provides the perfect opportunity to build the ultimate drift car.

Remember the OG Supra that didn’t have a BMW engine under the hood? Yep – this one! Sporting arguably the best JDM drift engine ever built, this is your chance to let rip with 2JZ power!

If you’re after something a little different, then the 1-series is a great option, featuring a Rocket Bunny-style widebody kit providing a fantastic, aggressive stance.

The CLA certainly provides a unique alternative to everyday drift cars if you’re after something a little fancier and more luxurious.

For the luxobarge fans out there, the Lexus GS brings another stylish five-door opportunity.

Having secured its spot as another iconic JDM legend, the R34 GT-R should need no introduction. After all, there’s a reason that the R34 GT-R was Paul Walker’s ride of choice.

Fortunately, there are no pedestrians in Drift Hunters MAX, so you won’t need to worry about mounting the sidewalk with this choice - just kidding, Mustang owners!

Both Chelsea DeNofa and Vaughn Gittin Jr have continued to prove that the modern-day Mustang is a fantastic drift chassis in the Formula Drift series.

Another fantastic choice for the American Muscle fans - the Hellcat! With added Rocket Bunny-style widebody goodness, it’s even chunkier than ever, too!

Those looking for a modern BMW – look no further. The latest 4-series concludes the German offerings and makes for a fantastic platform for pulling off impressive combos.

Run for your lives – Godzilla has arrived! The GTR is a modern masterpiece that has proven its worth in the drift and drag scenes.

As one of the most popular choices in drifting games, this has often been the holy grail car for many JDM Drift Hunters fans.

Still, this RWB-style Porsche will continue to be one of the most desirable and sick-looking drift cars available to purchase in the game.

Want to improve your drifting skills? Check out our ultimate drifting guide for Drift Hunters MAX.

Thank you for reading our introduction to Drift Hunters MAX.

If you enjoyed this article, please share it with the buttons at the bottom of your screen. If you’ve found this information useful, then please take a moment to share it with other drifting enthusiasts. We appreciate your support.