Honda D16 Engine – Everything You Need To Know

After reviewing several of Honda’s highest-regarded engines, it’s the D-Series turn this time around, and we’re covering everything you could ever need to know about Honda’s D16 engine. 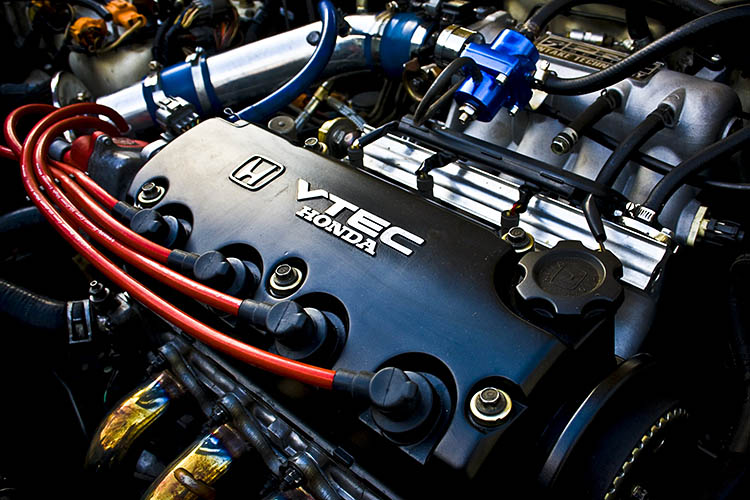 Although you may be surprised to see a Honda engine guide here at Drifted, we’re well aware that many drifting fans begin their path into the tuning world with the likes of Civic’s, and given the D16’s popularity, it’s an engine that we just had to explore.

We’ve already looked at some of Honda’s most legendary powerplants, such as the B16, K20, and the K24.

So, if you’re a Honda fan, we highly recommend checking these out when you’ve finished this guide, especially if you’re not sure which engine best suits your needs.

The inline-four D-series would later feature in some of the most common Honda’s on the market alongside the CRX, such as the Civic, Stream, Logo, and of course, the Integra. 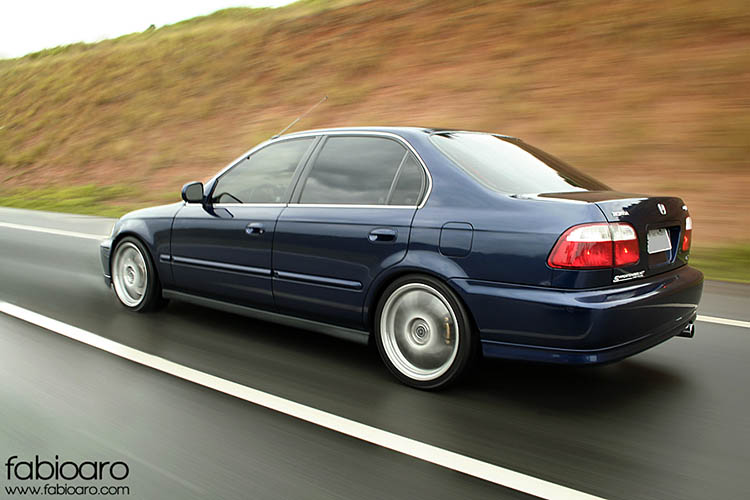 Just two years after production began for the D-series, Honda opted to produce an engine with an increased displacement, which is when the 1.6-liter D16 was born.

Based upon the 1.5-liter aluminium block of the D15 engine, Honda increased the deck height for the D16 to 212mm (an increase of 4.5mm), with a 90mm stroke crankshaft, 137mm connecting rods, and 75mm pistons.

Although they share the same cylinder bore, the piston stroke’s increase enabled Honda to achieve the desired displacement of 1.6-liters.

Given the D-series’ high availability, particularly with the D16, it’s becoming an increasingly popular choice for both tuners and those seeking an immensely reliable powerplant over the years.

Thanks to the mass-production scale, used D16’s are prevalent in the US and conveniently sourced for incredibly low prices, making them the perfect candidate for upgrading. 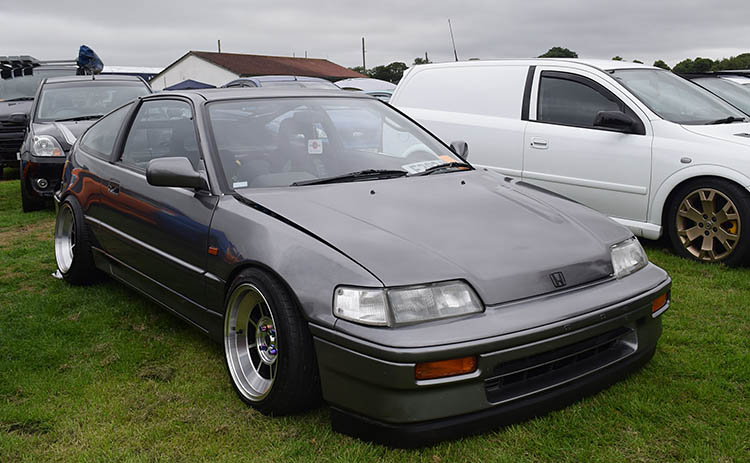 Not only are they cheap and highly available, but they’re also extremely lightweight, and many of the D16 engines feature Honda’s legendary VTEC technology, which makes them highly desirable.

Combine these positives with a respectable amount of off-the-shelf aftermarket support, and there’s no wonder that so many Honda enthusiasts are opting for Honda’s D16 engine with their tuning builds.

There has been an immense number of minor variations throughout the D16’s incredibly long lifespan, which lasted over twenty years, from 1986 to 2007, and although they all have 16-valves, some feature SOHC, while others have DOHC.

On top of that, there are also VTEC and non-VTEC variations to consider, so it’s important to know that you’re getting the best bang for your buck before you purchase.

In this guide, we’ll be explaining the differences between the many D16 engine variations before explaining how to unleash the true power potential with aftermarket support and any common issues that you may need to consider before doing so.

The D16 engine had an incredible amount of revisions for the various models worldwide during its twenty-year history, and we’ll take a look into each specific model in this section.

Although the D16 is extremely popular among tuning enthusiasts, the earlier versions were far less desirable, with two of the more popular performance-based offerings – the SOHC VTEC-based D16Y8 and D16Z6, not reaching the market until the nineties.

Many Honda fanboys will argue that the D16 never matched the legacy of the B16. Honda initially had economic benefits as the main priority when they created the D16, where the B16 was more performance-oriented.

Throughout its twenty-year history, the compression ratio varied between 9.1:1 and 12.5:1 with a displacement of 1,590cc.

The cylinder block and cylinder head on the D16 are cast aluminium, with an inline-four configuration and SOHC, DOHC, VTEC, and non-VTEC variations. 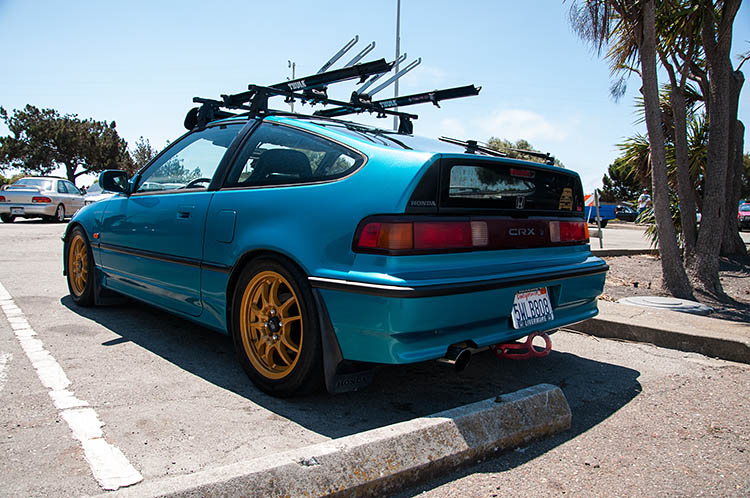 Although it was only capable of 103 hp initially, Honda later revised the engine to reach its maximum power in its stock form of 130 hp, with torque output ranging between 99 ft/lb through to 116 ft/lb.

Honda has utilized a deck height of 212mm, alongside a 90mm stroke crankshaft, 137mm connecting rods, and 75mm pistons.

Let’s take a look at the rather insane number of revisions that Honda carried out to the D16 engines over its extensive history.

The DOHC D16A3 was the same as the later-revised D16A1, explicitly built for the Australian market for use in the Acura Integra.

Produced between 1988 to 1996 and featured in numerous vehicles, the A6 featured a 9.1:1 compression ratio and SOHC.

The D16A7 is near-identical to the D16A6, besides the fact that it no longer features a catalytic converter.

The DOHC D16A9 is near-identical to the D16A8, besides the fact that it no longer features a catalytic converter.

The W3 was another non-VTEC SOHC engine, this time with a 10.4:1 compression ratio and a power output of 116 hp.

This engine was the same as the D16W4 but utilized the VTEC-E system, which provided 122 hp.

The D16Y8 is also known in New Zealand as the D16Y6 and is one of the most desirable D16 engines.

The Y9 is the same as the non-VTEC D16Y4, with the addition of a new camshaft.

The Z5 is essentially the same as the A9, but with an added catalytic converter and lambda sensor.

Although the D16 can often get overlooked by enthusiasts for some of the more popular tuning engines, such as the B16, it certainly packs some potential if you are willing to explore its tuning capabilities.

The main criticisms with the D16 are the low displacement and low factory output, but as always, there are ways to unlock insane power figures if you’re willing to put in the work.

We’ve witnessed several D16 builds around the 500 hp mark, with some even reaching up to 700 hp.

Eager to see the potential that a SOHC D16 has to offer? Turn up your speakers and enjoy this 9-second quarter-mile at the strip.

As always, when it comes to tuning, the more cold airflow into your engine, the better.

Although turbocharging is the obvious method with the D16, we understand that it isn’t for everyone, so we’ll first explore some alternative options.

One of the popular upgrades, especially for the Y7 engines, is to install a Y8 manifold, which provides a small, but reasonably-priced power increase, also allowing increased airflow.

Most will also opt for an aftermarket exhaust, and although it’s not likely to provide much in the way of power gains on a low-horsepower engine, it can certainly improve the looks and sounds.

However, if you’re considering going with forced induction further down the line, then make sure you opt for a larger diameter exhaust to save swapping out twice.

Although this may hinder the initial gains, you’ll thank us later.

Alongside the exhaust is a cold air intake or a panel air filter, which will again improve the sound and responsiveness, even if the actual gains are small. 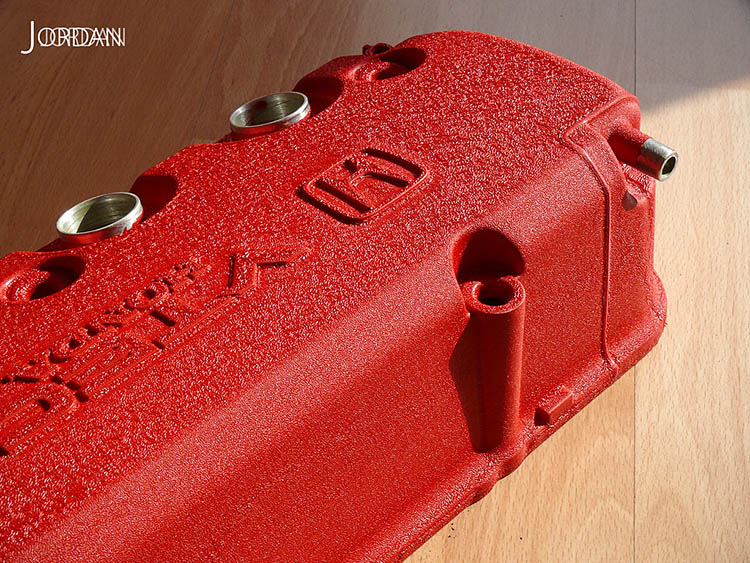 After that, you can consider upgrading the camshaft and headers and considering installing a piggyback ECU.

Fuel pump upgrades, a ported and polished head, high-flow injectors, and full exhaust systems can also become a consideration further down the line, and these should get the engine flowing optimally.

If you’re open to spending big bucks, alongside turbocharging, there are various stages of cams, piston upgrades, and other extras such as bigger valves and titanium retainers.

Suppose you do happen to reach this point. In that case, you’ll also need to consider engine management, which is where systems like Hondata will prove valuable, or you could opt for standalone management for the ultimate setup.

Be aware that the more aggressive you end up going with tuning, and cams in particular, the harsher the car will be for daily use, which could end up turning your daily driver into a nightmare in traffic.

The D16 is a great candidate for forced induction due to its price and availability if things happen to go a little unplanned!

As always, with a forced induction build, we highly recommend that you ensure you’re starting with a good quality block by checking for any apparent issues and also carrying out a compression test.

There are some extremely reasonable-priced offerings out there if you’re interested in turbocharging, and CXRacing offers a 300-350 hp-setup, as well as a high-powered 400-500 hp alternative.

Although you can’t expect to strap a turbo onto your stock D16 and expect to impress at the drag strip, the CXRacing equipment provides excellent value for money alongside the correct supporting mods and management.

On the other hand, if you’re considering going down the supercharger route, the Kraftwerks and Jackson Racing options are typically the most popular choices.

We highly recommend doing your research if forced induction is an avenue you’d like to explore, and we can certainly understand why it can be a temptation with the D16!

However, if you take shortcuts and attempt to get the job done as cheaply as possible, you’ll likely need to be prepared to get block-shopping far sooner than you’d like.

We’re sure you’re already aware, but Honda engines are notoriously reliable, and the D16 is certainly no exception.

As always, regular servicing and maintenance are vital, particularly when it comes to frequent oil changes, but we’ve frequently seen these top over 180,000-200,000 miles and still going.

Of course, if you start strapping turbo kits and carrying out significant tuning upgrades, you’re likely to limit the life a little, but assuming you use reputable shops/tuners, we’d still expect to see impressive reliability. 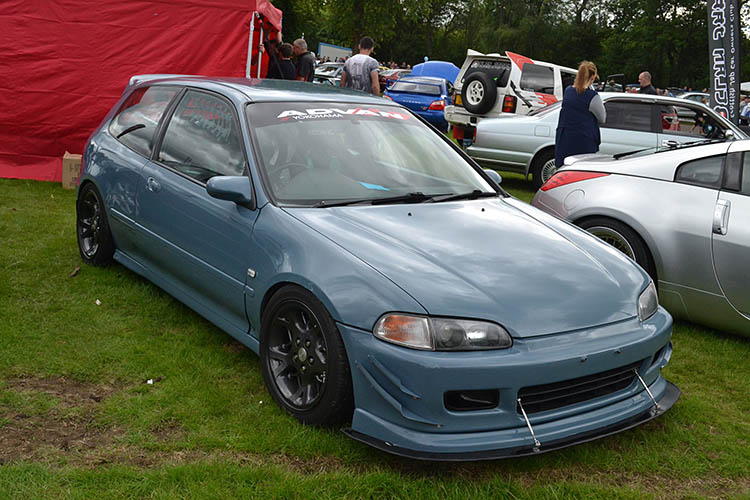 Some things to look out for when looking at a D16 are that they can sometimes suffer from oil leaks, which should be relatively easy to spot, as well as misfiring.

Should you hear a rough idle, it’s likely to be something as simple, which is usually the throttle body or idle control valve requiring a clean. If that doesn’t solve it, it’s likely to fall to the o2 sensor.

If the engine sounds continuously rough and almost diesel-like, it’s likely to be an issue with the exhaust manifold, so it’s worth taking it off and seeing if there are any cracks.

Since they’re so cheap to source, we’d recommend replacing or upgrading, rather than repairing.

If you’re looking at a higher-mileage D16, don’t be put off, but we do recommend ensuring that it has a service history that shows frequent oil changes and the usual maintenance that Honda recommends, alongside checking for the minor issues above.

The D16 often sits in the shadows of its Honda siblings, but some of the better variations, such as the D16Y8, can also make for great potential engine swaps, especially if you’re planning a turbocharged setup.

Given their impressive availability and price, it offers a great platform to take the first steps into engine tuning without breaking the bank if things don’t go quite to plan.

Sure, it’s going to be an inconvenience, but we’d prefer to learn the hard way now, rather than when you’re looking at the likes of the far less-reasonable 2JZ or SR20 eventually.

Given its low compression, the D16 takes well to turbocharging.

However, it can be a little disappointing if you’re planning to try and extract some decent power figures from the D16 with simple bolt-on mods, as the output isn’t there.

There are several potential routes to explore on your Honda D16 tuning journey, though, and we wish you all the luck with reaching your goals!

So, there we have it! We hope that we’ve covered everything you could want to know about the Honda D16 in this guide.

Thank you for reading our Honda D16 guide.

If you enjoyed this article, then please share it with the buttons at the side and bottom of your screen. If you’ve found this information useful, then please take a moment to share it with other Honda enthusiasts. We appreciate your support.