VQ35DE – Everything You Need To Know

The Nissan VQ35DE is a cracking engine with great tuning potential. We open up the block to find out what makes the VQ35DE so special. 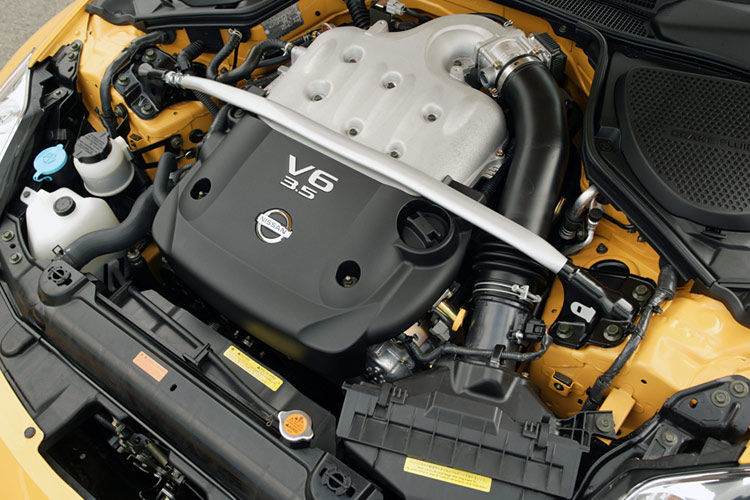 History of the VQ35DE

The VQ35DE first produced by Nissan, designed exclusively for a wide range of automobiles from SUVs to high performance coupes.

It is still in use to this day all be it in a few different vehicles from the original plan. It is used in the Nissan Altima, Murano, Pathfinder, Quest and the Infiniti QX60.

One reason that this engine is so versatile is because it produces up to 300bhp but still has fuel economy of over twenty-two miles per gallon.

However, Nissan always recommends the use of premium fuel to power the VQ in order to maintain the economy.

Probably the main reason for this figure is its initial design incorporates a dual overhead cam (DOHC) and Nissans advanced fuel injection system.

Rolling off the production line firstly in Nissans Iwaki plant in Japan in the year 2000 and then a year later at the Dechard Powertrain Plant in Tenessee. It was predominately a 3.5litre naturally aspirated V6 four stroke petrol engine.

It featured a lightweight aluminium block with fully balanced four bearing crankshaft and two aluminium heads each with two camshafts, the DOHC system, and four valves per cylinder.

The engine is equipped with a CVTC (Continuous Valve Timing Control) on the intake valves, multi-point fuel injection (MPFI) and NDIS (Nisan Direct Ignition System) with individual coils on each spark plug. 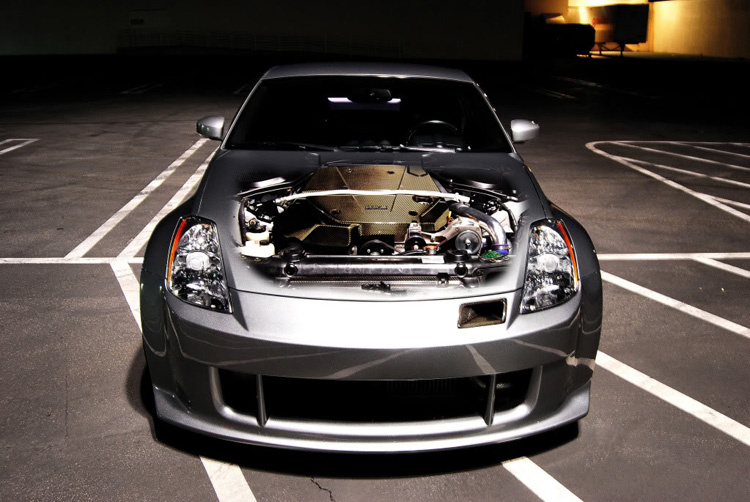 The breakdown of the engine code denotes the specs:

The VQ engine produces from 228bhp to 311bhp on maximum power and 246 to 247lb ft of torque thoroughly dependant on year and model make.

Interestingly this engine has an identical version under the Renault banner named the V4Y and is used in the Vel Satis, Latitude, Laguna and Espace models.

The life of the VQ started in 2000/2001 where it replaced the VQ30DE from the Nissan Maxima range, still being used today but finishing its actual production run in 2015.

Tuners may recognise the VQ35DE name because it was used in the 2003-2006 Nissan 350Z and the Infiniti G35. However, the 350Z was upgraded with the VQ35HR engine which produced six additional horsepower.
2009 saw the engine and car redesigned to the 370Z or Fairlady Z Z34 with its new VQ37VHR V6 seven speed engine.

Over the production years there have been a few special editions that have contributed to the history of the VQ:

As with most engines there are problems and malfunctions. They do suffer from high oil consumption. The VQ has a catalytic converter that is very sensitive to fuel quality. They produce a ceramic dust which can result in damage to the cylinder sleeve and piston rings.

As a result, the engine can suffer from low compression. Realistically this can be cured by changing the catalytic converters for a high flow version. Also, the engine has three timing chains whose service life is about 150,000 miles.

The valve clearance needs to be adjusted every 60,000 miles. Life expectancy is around 200,000 miles.
In conclusion owners of the VQ35DE contained within the 350Z or G35 should be thankful the engine has been used in a wide variety of cars and SUVs over the last eighteen years.

This means there is an abundance of parts available. 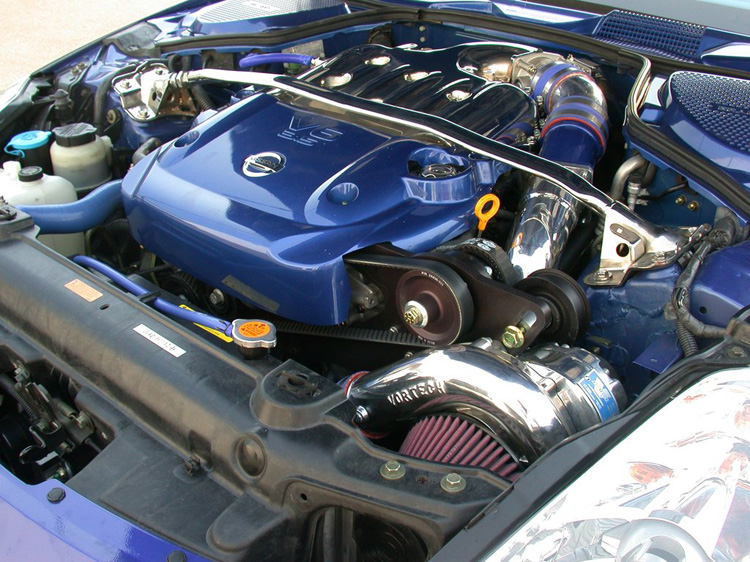 The VQ35DE responds well to bolt on modifications, intake and exhaust modifications have been shown to lift the power by up to 30% after tuning. Owners can modify the air intake, intake plenum, exhaust manifolds, y-pipes, test pipes and exhaust system to uncork the VQ35DE’s power.

Owners looking for more extreme gains can turn to turbochargers and superchargers. While it is advisable to have a tuner rebuild the engine with forged components, plenty of owners get on with low boost forced induction without too many issues.

What cars had the VQ35DE? 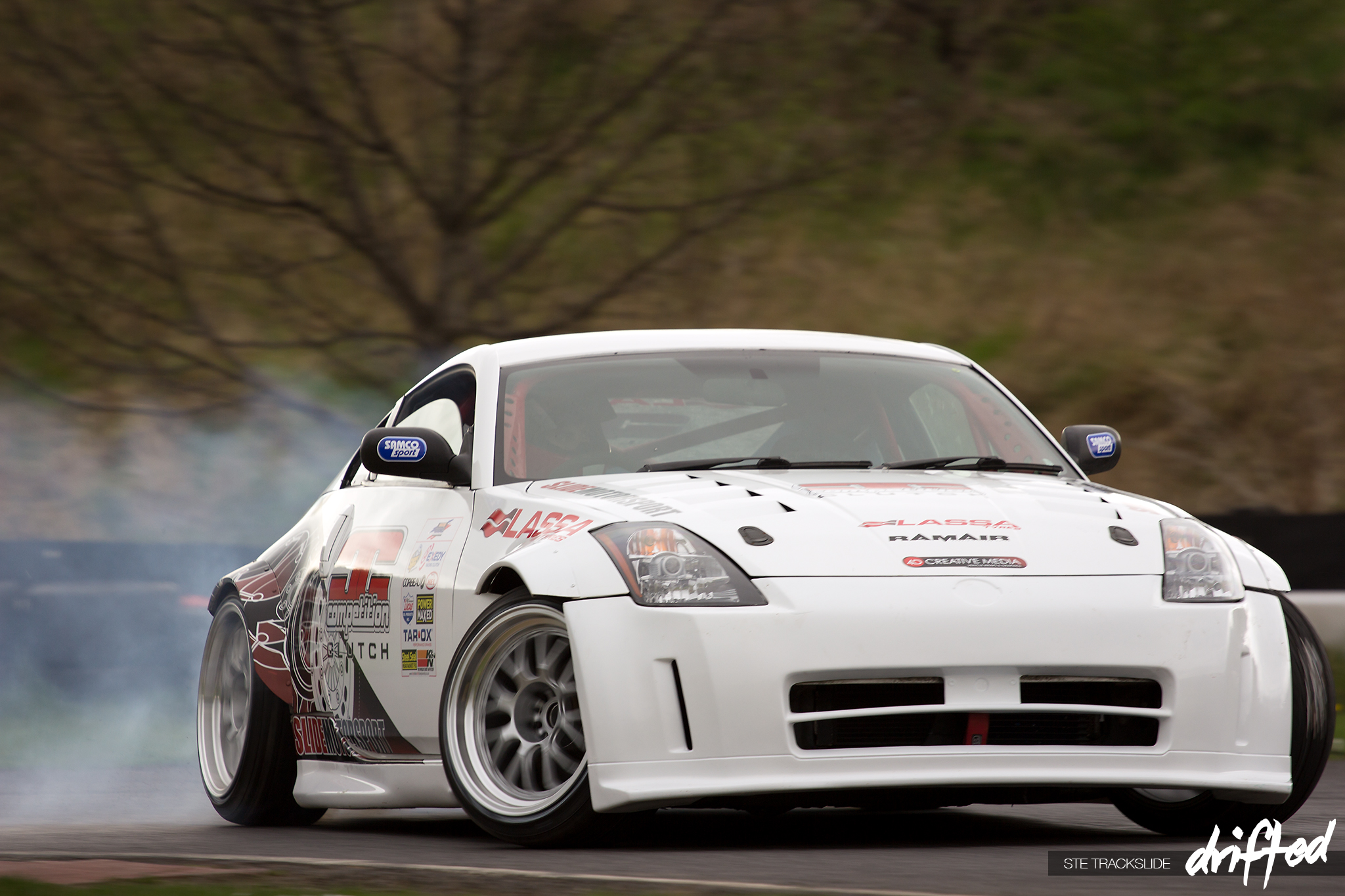 The VQ35DE was manufactured in:

Drifted would like to extend thanks for the following sources for images.